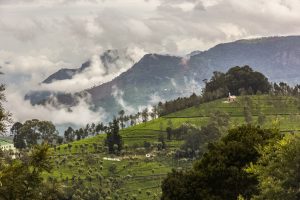 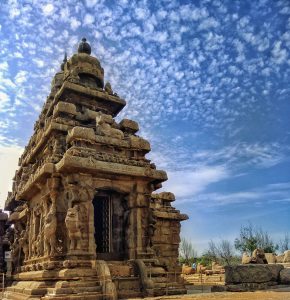 Also known as Conjeevaram, Kanchipuram is a small city in the southern state of Tamil Nadu. It's a very popular tourist and pilgrimage destination in India. You have mountains on both sides of the roads when you travel toward the city and you’ll be mesmerized by the scenic beauty and the architectural ambiance that the city greets you with. Kanchipuram is also known as the city of one thousand temples and you can't miss out on visiting at least a few of those when you’re exploring the city.

What you also cannot miss out on when exploring Kanchipuram is shopping for the Kanchivaram sarees. These are made from hand-woven silk and are popular not just in India but across many parts of the world. If you've been wanting to visit this place, here’s a detailed Kanchipuram travel guide to give you a sneak peek into what the city offers you. Keep reading and plan the best itinerary for yourself!

History And Culture Of Kanchipuram

Kanchipuram was the capital of the Chola Dynasty and traces its history to the 2nd century BCE. It's one of the oldest cities in southern India and also has been an important pillar of trade and commerce through the centuries. After the Cholas, the recorded first rulers of Kanchipuram, the Pallavas got a hold of the city and it was their capital from the 3rd to the 9th century CE. After the 9th century, the Cholas got their capital back and it remained their economic capital and their governance headquarters for a long time until the 13th century. During their rule, this city was established as an important pilgrimage center. Tourism started booming and brought in economic stability.

From the mid-17th century until 1947, the Madras presidency was under the rule of the East India Company of England. Kanchipuram was a part of Madras's presidency which became Madras state after independence. It wasn't until 1956 when Madras was divided and parts of it were gone to the state of Kerala and some parts to Mysore. Whatever remained of the state was then renamed Tamil Nadu in 1968, where the city of Kanchipuram is located. 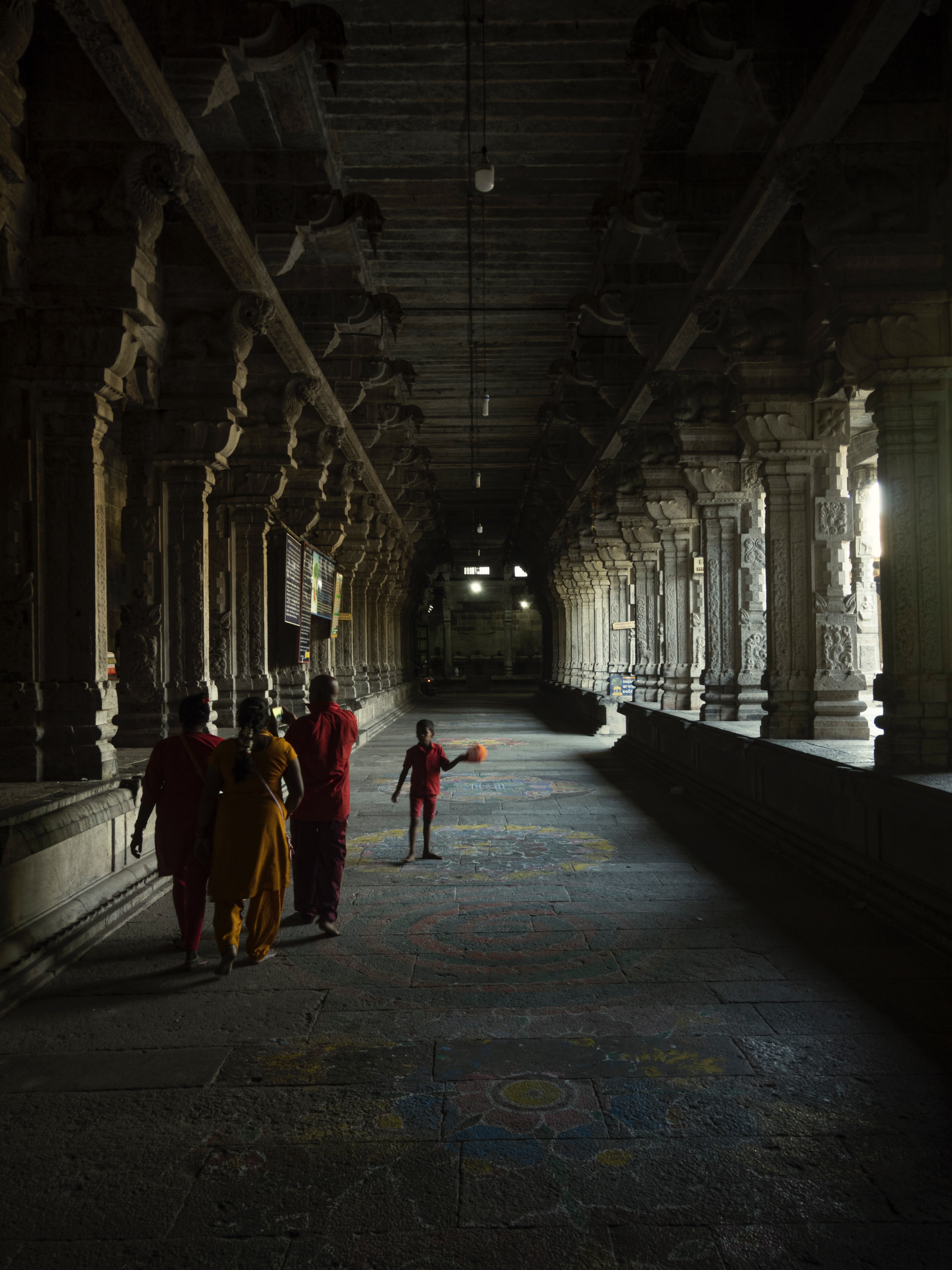 Kanchipuram is a city with down-to-earth people who are also very warm and welcoming. Most people in the city work in the handloom industry where they make the beautiful Kanchipuram silk sarees. Just like the people, their food and culture are also very simple yet elegant. Rasam, idli, sambar, rice, and dosa are some of their staple food items. All these food items are found locally, are cheap, and flavorful too, which is the primary reason why it has gained much popularity. Besides English and Telugu, Tamil is also a widely spoken language here. The simplistic nature of people is what makes Kanchipuram a welcoming place to visit.

How To Get To Kanchipuram

Kanchipuram is a city that is located a bit toward the interiors of Tamil Nadu. Getting to Kanchipuram is the easiest via road and rail. Getting here by air is a bit difficult as the nearest airport that connects with the city is in Chennai. But that's not going to be an issue as Chennai is a city that is well connected with railways, airways, and roadways. This makes traveling to Kanchipuram a bit convenient from here.

Getting To Kanchipuram By Air

Getting to Kanchipuram by air can be a bit long of a journey as its nearest airport is the Chennai International Airport (MMA) which is located in Chennai. This airport is 74 kilometers away from Kanchipuram and it would take you a few hours to get there. It is well connected with domestic airports as well as foreign cities and also makes international traveling convenient. You have Mumbai, Delhi, Bangalore, Hyderabad, and other Indian cities that are very well connected with the Chennai International Airport. From the airport, you have buses, taxis, and cabs that you can hire or book in advance to get to Kanchipuram.

Getting To Kanchipuram By Train

Kanchipuram has its Kanchipuram Railway Station which is well served by trains coming from other major cities in the country. There are passenger trains that connect with Chengalpattu, which is a suburb of Chennai, and also with a pilgrimage center, Tirupati. There are also express trains connecting Kanchipuram with Mumbai, Delhi, Ahmedabad, etc. Most other cities connect with Chennai and then move forward to Kanchipuram. But regardless of where the trains connect from, you get regular trains to get to the city. It's also a very convenient and pocket-friendly way to get to Kanchipuram.

Getting To Kanchipuram By Road

Kanchipuram is connected really well with roadways and it's the most convenient way to get here. Again, like the airways, you need to get to this city through Chennai, Coimbatore, and Madurai. The roads are well constructed and you get easy commute access to the city. You have both AC and non-AC buses that you’ll get on a regular basis to travel between these cities.

Best Time To Travel To Kanchipuram

Kanchipuram is known for its tropical weather all year long. It has hot and humid summers with temperatures ranging between 30°C and 37°C and can also go as high as 40°C. The monsoon brings along heavy rains and it also gets humid due to the heaviness of the air. Hence, these seasons are not favorable for tourists to visit many of the places in the city.

The best time to visit Kanchipuram is winter as it's cool and pleasant during this season. Winters last from October to February and this is ideally the best time to visit Kanchipuram. The temperatures during this season are between 16°C and 22°C. which makes it very convenient for travelers and tourists to go sightseeing and explore the different parts of the city. Vedanthangal Bird Sanctuary is one place that you must visit when in Kanchipuram during winters. This is the time when many birds are migrating and you get to see some exquisite and rare birds. Visiting the temples during the morning poojas and bhajans is also going to be a peaceful experience during the winters.

Also read: Top 7 Things To Do In Tamil Nadu And Pondicherry

You have India's local savari - the auto-rickshaws in Kanchipuram that you can easily board from any street and corner. The only thing about getting one is that you need to fix the prices before you board one as they may charge you a lot more than necessary.

Taxis and rental cabs are also an easy way to get around Kanchipuram. There are many 'ambassador' taxis available from anywhere in the city. They drop you off at your destination and have an affordable fare as well. If you want to hire these taxis for the entire day, you can do so by negotiating the price in advance.

The Chitragupta Temple is a very unique temple in the city that stands out for its distinct features and architecture. It's also one of the oldest temples in the city, built in the 9th century. It was later expanded and reconstructed over the years. The temple is dedicated to Chitragupta and is known among the people to fulfill all wishes. It’s open to visitors on all days of the week from 5 am to 12 pm and from 5 pm to 11 pm. It's best to visit this temple in the morning as it is pleasant and you’ll feel relaxed in the serene atmosphere of the temple.

Kanchi Kudil is a well-known museum in Kanchipuram that is usually flooded with tourists almost all the time, and rightfully so. The museum exhibits over century-old artifacts that include women's jewelry, old lamps, and other relics. It's also known for all the other artifacts, sculptors, paintings, wooden swings, utensils, rocking chairs, and other belongings of the various rulers and dynasties that ruled the city. The museum itself was an ancestral property owned by a local which was later turned into a museum. You’ll surely be fascinated with all the artifacts and the history behind them when you visit this museum.

Alamparai Fort is located just 50 kilometers from Mamallapuram. It was built during the Mughal era in the 17th century and was a hub for exporting ghee, salt, and zari cloth. It had a 100-meter-long dockyard as well where all the exporting took place from. The fort was captured by the British, demolished in 1760 during the battle, and stands in ruins today. But it’s still worth a visit as Alamparai Fort overlooks the sea and you can definitely catch a beautiful sunrise or sunset from here. It's a great place to enjoy some peaceful picnic time with your family and friends.

Vedanthangal Bird Sanctuary is a protected area spread across 74 acres. It's the oldest water bird sanctuary in the country. It has plenty of small lakes that create a natural habitat for small and large birds flying here during the migration season. This sanctuary was previously a hunting ground for the locals and realizing the importance of this area, the British government took steps to develop it as a sanctuary. You’ll spot all kinds of big, small, and rare birds here. The best time to visit this sanctuary is during winter as it is pleasant and also the season of migration for most kinds of birds.

What Is Famous In Kanchipuram?

Kanchipuram is a city of one thousand temples and for obvious reasons is famous for its temples. The architecture, pillared halls, temple towers, and the attraction towards the temples among the general public is something that has been an important part of the temples being so famous here. Apart from that, this city is also very famous for its Kanchivaram sarees.

Is Kanchipuram Worth Visiting?

Kanchipuram is a small yet gorgeous city in Tamil Nadu. It's an absolute delight for culture and history geeks. The beautiful temples, the food, the architecture, the culture, and the religious significance of the city have a drawing power that makes it worth the visit.

Is One Day Enough For Kanchipuram?

Kanchipuram is a city that has over a thousand temples and you may need more than just a day to explore at least a few of those among many other places. So if you want to properly give each place a visit and enjoy it while you're at it, it's advisable to plan at least a 3 days trip to Kanchipuram.

Which Are The Best Places To Visit In Kanchipuram Other Than Temples?

If you’re traveling to Kanchipuram and want to explore more than just the temples, you have the Vedanthangal Bird Sanctuary, Kanchi Kudil, Shakuntala Jagannathan Museum, and Anna Memorial. These are some of the more popular places that you can visit to get an essence of what the city has to offer.

Are Jeans Allowed In Kanchipuram Temple?

Like many other temples, the temples in Kanchipuram also follow a certain dress code. So, it's recommended to wear clothes like a shirt & trousers, churidar, or sarees.

What Can I Buy In Kanchipuram?

We all have heard of the Kanchipuram silk sarees, but there's much more you can buy from Kanchipuram other than its sarees. Home decor items, fruit baskets made of jute, handmade jewelry boxes, idols of Gods and Goddesses, and other souvenir made of bronze, copper, and stone.

Which Are The Main Temples In Kanchipuram?

What Is The Difference Between Kanjivaram And Kanchipuram?

Kanjivaram and Kanchipuram are both different names for the popular Kanchipuram sarees. Holding a special value during weddings and other auspicious events, these sarees are woven from Kanchipuram silk. 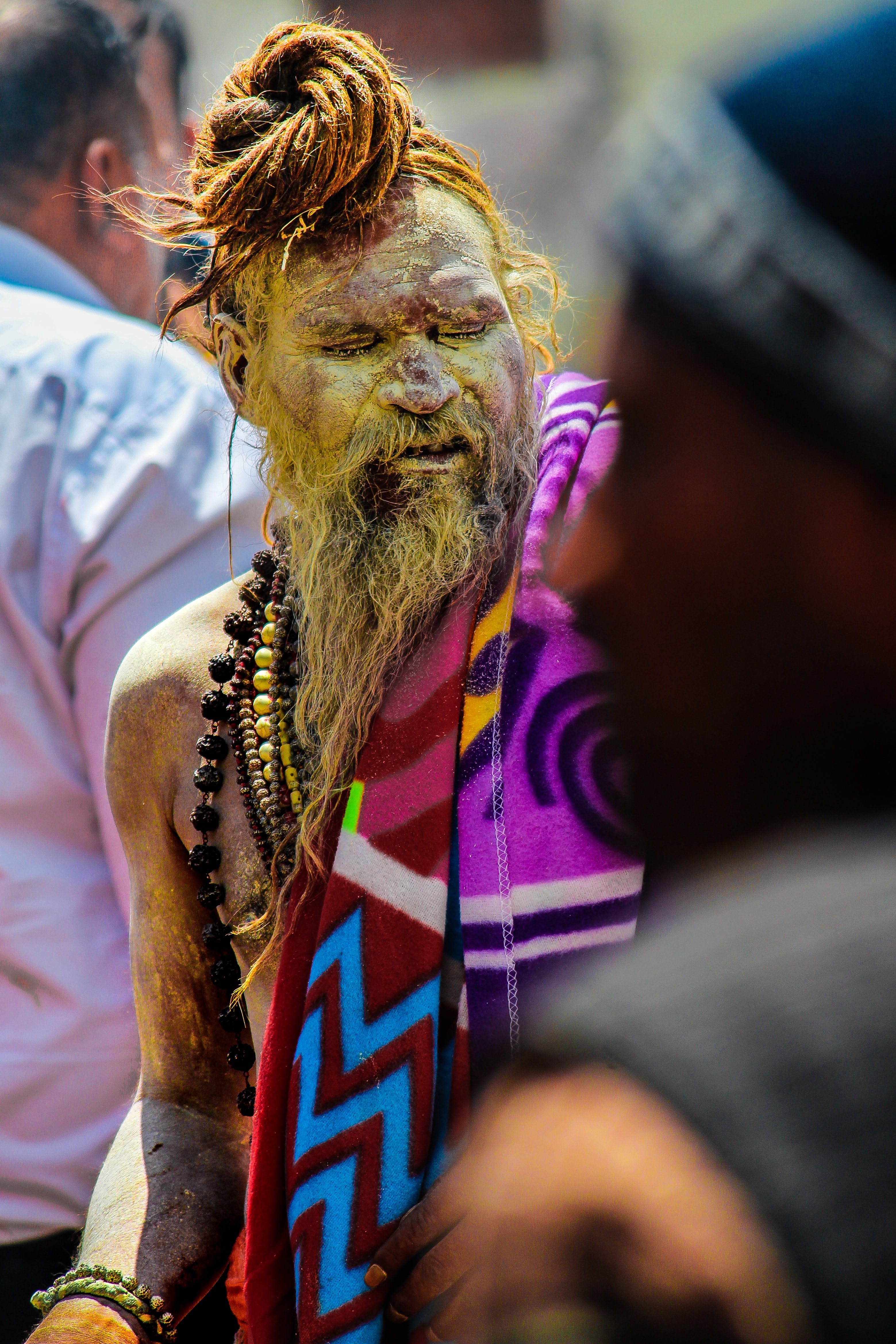 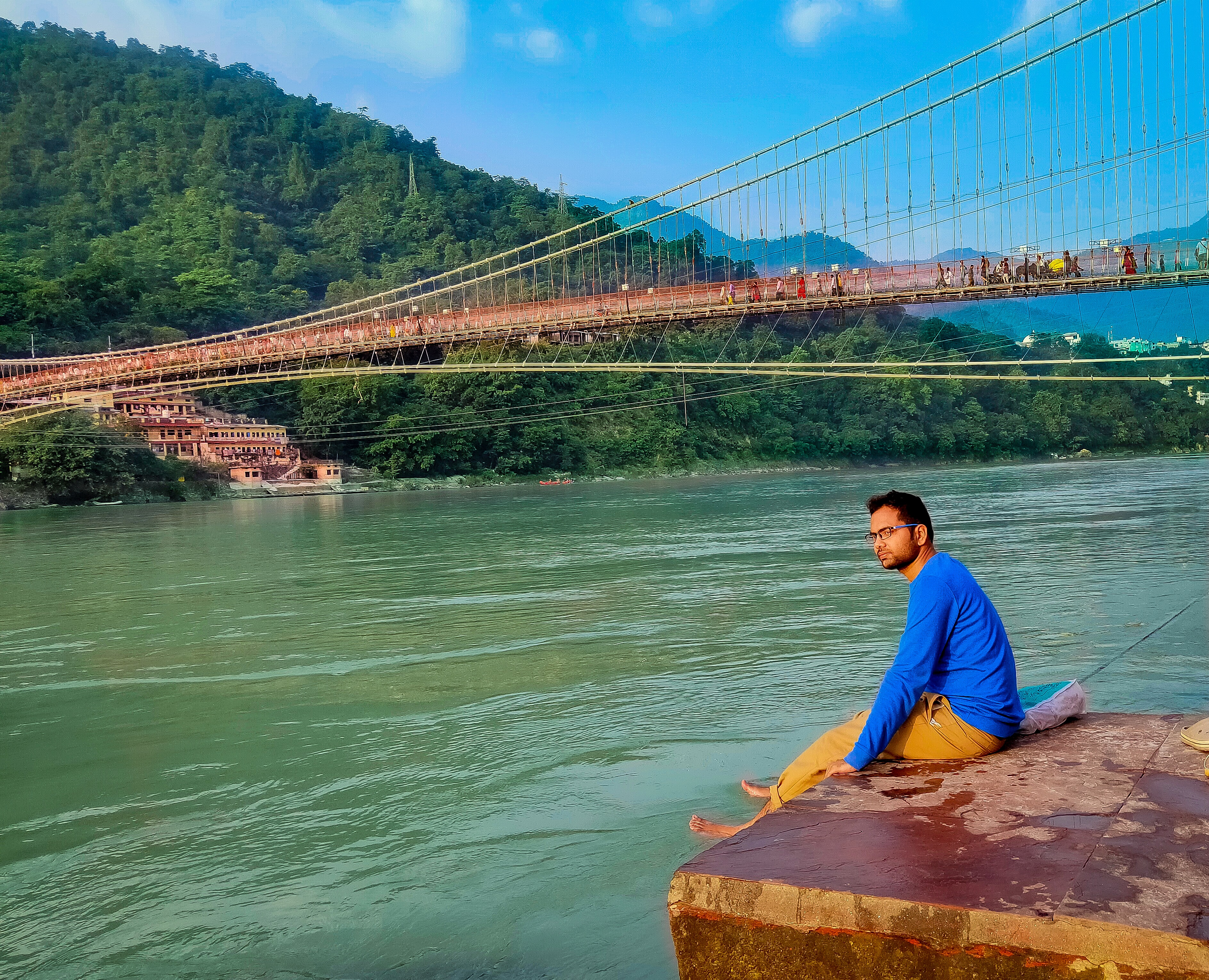 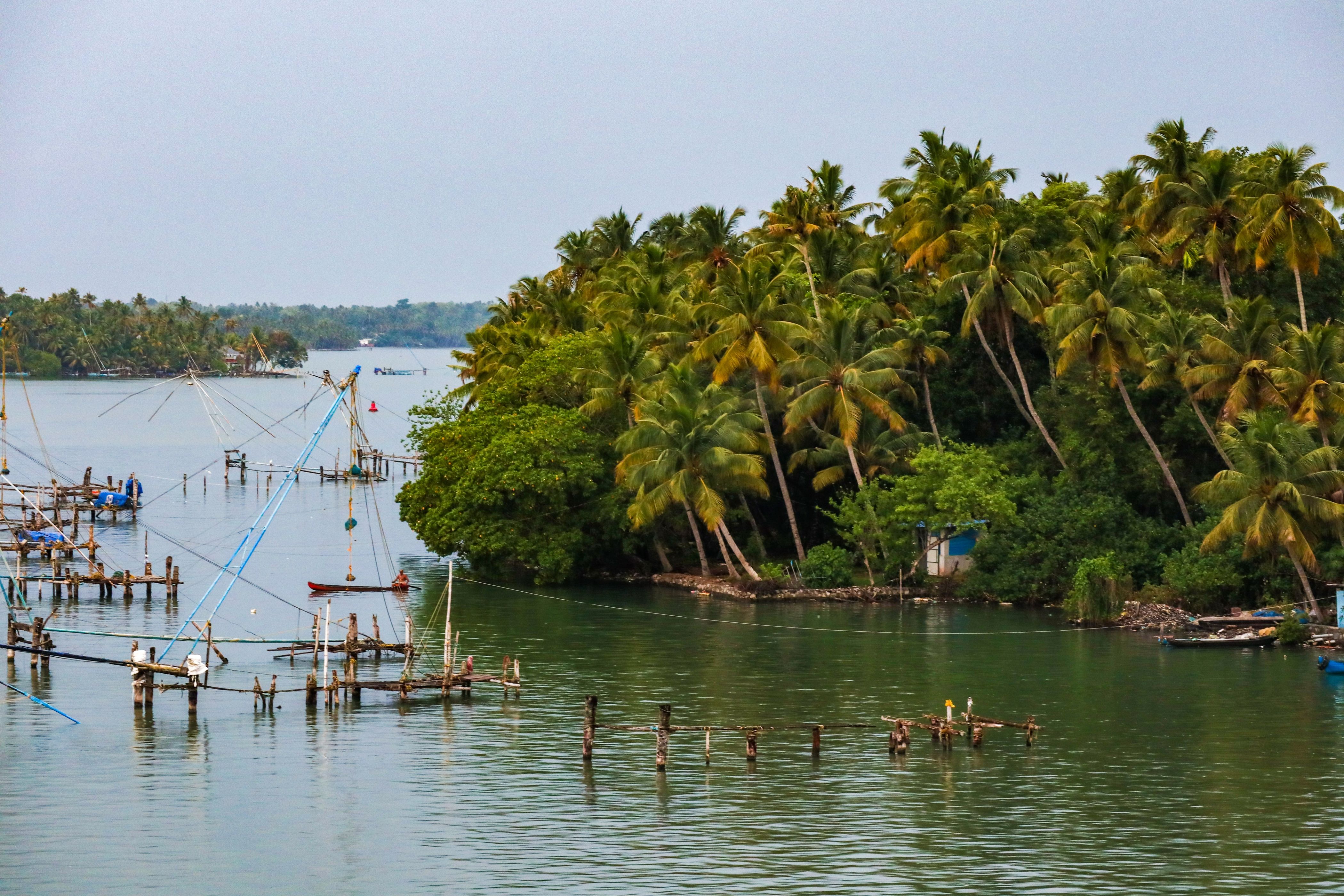 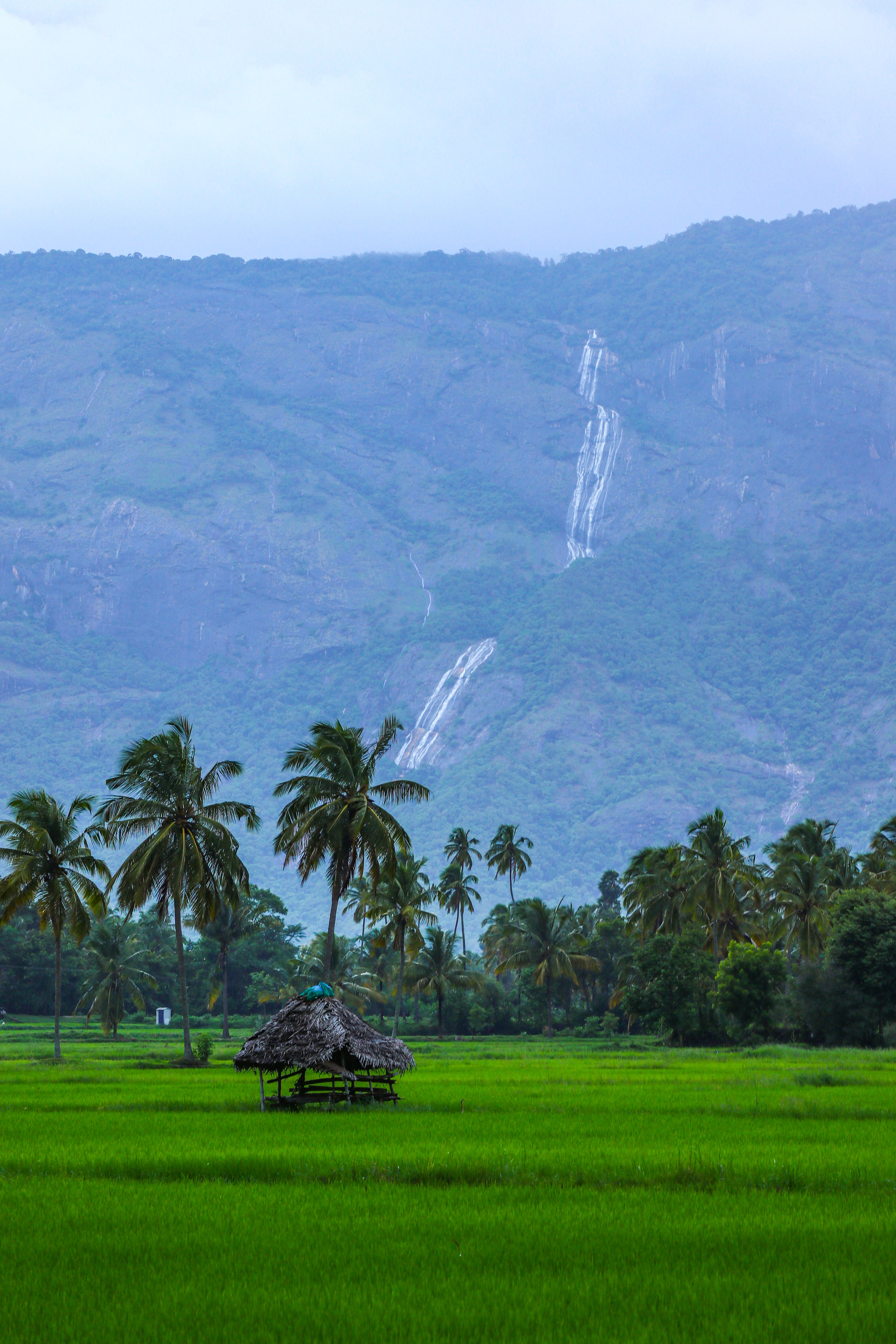 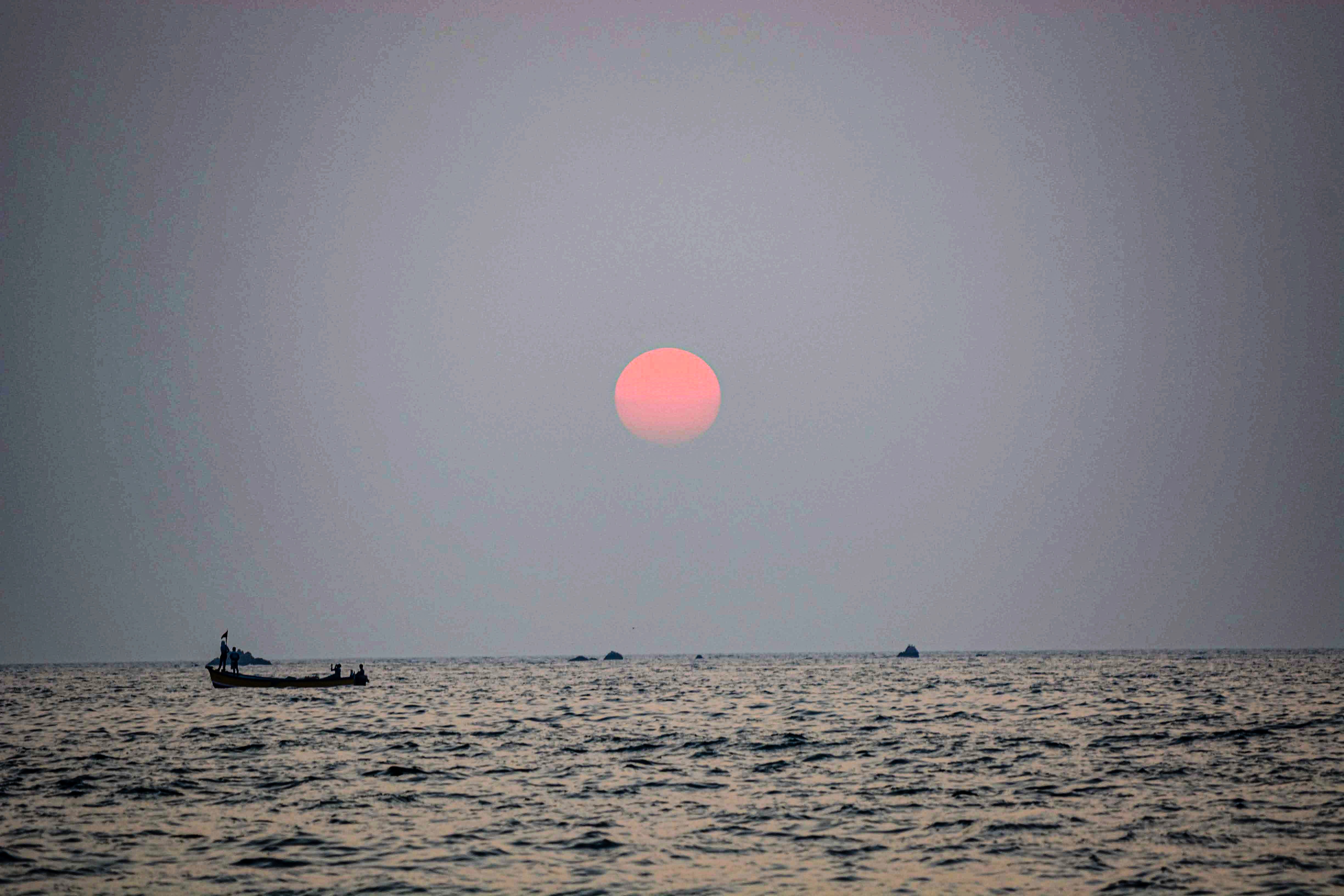 8 Things To Do In Vasco Da Gama