From pearl-grey beaches and lofty mountains to luxury hotels, Tamil Nadu has it all. So, a trip to this majestic state of South India has to be impeccable, and only a good travel guide can help you make it memorable. No, you don’t have to hunt for the ideal Tamil Nadu travel guide as we have prepared an exhaustive one for you!

History And Culture Of Tamil Nadu

The state of Tamil Nadu is one among the Indian states that has a rich history. Its history can be traced back to the ancient times of the Dravidian civilization, followed by the invasion of Aryans, the Cholas, and the Pallava dynasty. The state’s Dravidian culture can be experienced even today through visiting the colossal temples in the state.

You should also know that Chennai the capital of the state has a history with the East India Company in the late 20th century. This is why you will find many buildings built during the British rule in the city. Some of them include Santhome Bascilica Church, Napier Bridge, Ripon Building, and Fort St. George.

Tamil Nadu is one state that not just boasts of its ancient history, but also its lavish cultural heritage. Its culture can be relished through its temples with ornate architecture, the traditional attire, and the local delicacies that have made millions crave. Lakhs of people come from all walks of life every year to visit the Rameshwaram temple, which is a well-known pilgrimage place among Hindus. Apart from the abundant temples, you can also get a glimpse of the traditional attire of the local women wearing sarees and men wearing lungis or dhotis with angavastram (a small piece of cloth put on the shoulders). And, how can we forget the renowned dance form of Bharatnatyam born out of this state and the mouth-watering plates of idli, dosa, medu vada, and sambar!

How To Get To Tamil Nadu

Getting To Tamil Nadu By Air

Getting To Tamil Nadu By Train

The main railway station connecting Tamil Nadu with other major cities is the Chennai Central railway station. And for trains leaving for the South of India, Chennai Egmore station serves as a hub.

Getting To Tamil Nadu By Road

Tamil Nadu as a state largely enjoy typically tropical climatic conditions throughout the year. But the most ideal time to be in the state is during the winter months which is anytime between November and February. If you visit in the winters you will have the company of cool air by your side as you aimlessly wander checking out heritage sites.

Winter is also when the state celebrates a couple of festivals such as Pongal, a harvest festival, that is usually celebrated in January. You can also choose to visit Tamil Nadu during the summer months. Yes, it will be scorching hot with temperatures hitting 40 degree celsius in certain cities. But on the bright side Tamil Nadu is home to plenty of cool hill stations such as Ooty, Coonoor, Kodaikanal, Yelagiri Hills, and so many more. You can easily choose to escape to these hill stations to beat the heat once you’re here.

Lastly, the monsoon season in Tamil Nadu brings the city greenery to life and the weather becomes extremely pleasant. You should plan your itinerary around hill stations and waterfalls to truly enjoy your time in the monsoons.

Getting Around Tamil Nadu

Travelers from all over the world come to admire the delightful wonders of Tamil Nadu and the most convenient way to get around is to rent a car or hire a taxi because of the convenience it offers.

In certain cities such as Chennai, Coimbatore, or Madurai you can choose to take public transport as it will surely be more feasible for short distances. The bus service in Chennai especially can get you in and around main points of the city without you having to break a sweat!

Let’s start right with the capital of Tamil Nadu - Chennai. Apart from being the capital of the state, it is also one of the four big metropolitan cities of India. All in all, Chennai might give you the idea of a fully modernized city but is still true to its roots of culture and tradition reflected through its dance, music, and traditional wear. This culturally rich city of Chennai is full of natural and artificial wonders.

Some of the prominent tourist attractions include India’s longest beach, the Marina beach, Guindy National Park, Government Museum, Santhome Cathedral Basilica, and Fort St. George. Other than admiring these places you can also go shopping at the Pondy Bazaar a second home to the people of Chennai and try popular local delicacies.

The city of Kanchipuram hails from a lavish cultural background. Formerly known as the capital of the Pallava dynasty, this city is one of the seven sacred cities in all of India. Kanchipuram is loaded with a plethora of ancient temples and monuments. And, each of these temples narrates the tales of the Dravidian civilization and the glorious past of the mighty rulers.

While you’re in this city these are some of the temples you need to check out - Kamakshi Amman temple, Varadharaja Perumal temple, Kanchi Kamakoti Peetam, Kanchi Kudhil, and many others. Another place to add to your list can be the Vedanthangal Bird sanctuary known for its exotic and endangered bird species.

Also read: Top 7 Things To Do In Kanyakumari

A small coastal town on the southernmost tip of the Indian subcontinent. Kanyakumari holds a special place in the hearts of peace seekers dotted with several architectural and natural wonders. Also known as ‘The Land’s End’ or ‘Cape Comorin’, Kanyakumari is the only destination where you get to witness both sunrise and sunsets at the ocean. And, visiting here on Chitra Purnima (full moon day) will help you get to see both the sunrise and moonrise at the same time! Many tourists visit her to admire the beauty of its beaches, lush green mountains, and other man-made marvels.

Surrounded by the Eucalyptus trees and vibrant greenery is the beautiful hill station of Ooty.

The town was once known as the headquarters of the East India Company, and to date, its architecture reflects the colonial charm. With sprawling tea plantations, Nilgiri mountains, and gushing waterfalls, this picturesque place is a popular choice among tourists, especially honeymooners.

Not only is it a renowned hill station but also a pit stop for shooting the hit Bollywood song - “Chaiyya Chaiyya”. You can visit Ooty lake and go boating while admiring the white streams flowing through the surrounding Nilgiri hills. A great place to feel the time pause, relishing the pleasant weather and spotting various water birds.

Known as the ‘Princess of the hills’, Kodaikanal is yet another gorgeous hill station in the state of Tamil Nadu. The fluvial rivers, sparkling waterfalls, and foggy hills make this city a mesmerizing place to lose track of time. From going on boat rides on the blue lakes to wandering in the caves, you can do it all at Kodaikanal.

Apart from being a popular honeymoon destination, this place has a lot to offer to the adventure lover in you. You can also delve into some activities like a thrilling night safari, bike riding along the quiet streets of Kodaikanal, or trekking and exploring the mighty hills.

Which Is The Best Month To Visit Tamil Nadu?

Being a coastal state stretched between the Western Ghats and Kerala, Tamil Nadu experiences intense heat during the summer months. Hence, it is recommended to visit the state during the winters. So, the best time to visit is between the months of November and mid-March.

Is Tamil Nadu Safe For Travel?

Tamil Nadu is one of the safest places to take a trip. However, just like every other place comes with its risk, there are some things you need to be careful about. Beware of pickpockets, especially when traveling via public transport, and avoid accepting eatables from strangers.

What Food Is Eaten In Tamil Nadu?

Some of the cuisines you must try on your trip to Tamil Nadu are sambar, parappu payasam, pollachi nandu fry, puliyodarai, rasam, chicken chettinad, filter kaapi, and mutton kola urundai.

Which Month Is The Coldest In Tamil Nadu?

The coldest month in Tamil Nadu is the month of January, with an average temperature of 22 to 25 degree celsius.

What Is The Famous Sweet Of Tamil Nadu?

Payasam is the famous sweet of Tamil Nadu. Made with milk or coconut milk and main ingredients like rice, vermicelli, green gram, or chickpeas, Payasam is a thick creamy dessert popular throughout Tamil Nadu. On all special occasions, Payasam is a must-have on the menu.

Which District Food Is Best In Tamil Nadu?

It’s difficult to choose one district whose food is the best, however here are some of the districts of tamil nadu and their best food. chennai - vada curry, ooty - varkey, coimbatore - coconut buns, erode - kongunadu, thirunelveli - halwa, kancheepuram - idli, madurai - jigar thanda and kari dosa, pazhani - panchamrutham, and thuthukudi - indian version of macaroons.

What Is The Traditional Dress Of Tamil Nadu?

Men wear the traditional lungi or dhoti, paired with an Angavastram and a shirt. Women wear a traditional saree and blouse. The rich culture of the state is reflected through the traditional dressing of its people.

Which Dish Is Famous In Tamil Nadu?

Idli is a popular dish in Tamil Nadu. You might have had this dish at a local stall or restaurant in your state, however, it lacks originality. The next time you go to Tamil Nadu and try their idli, you’ll be able to tell the difference. 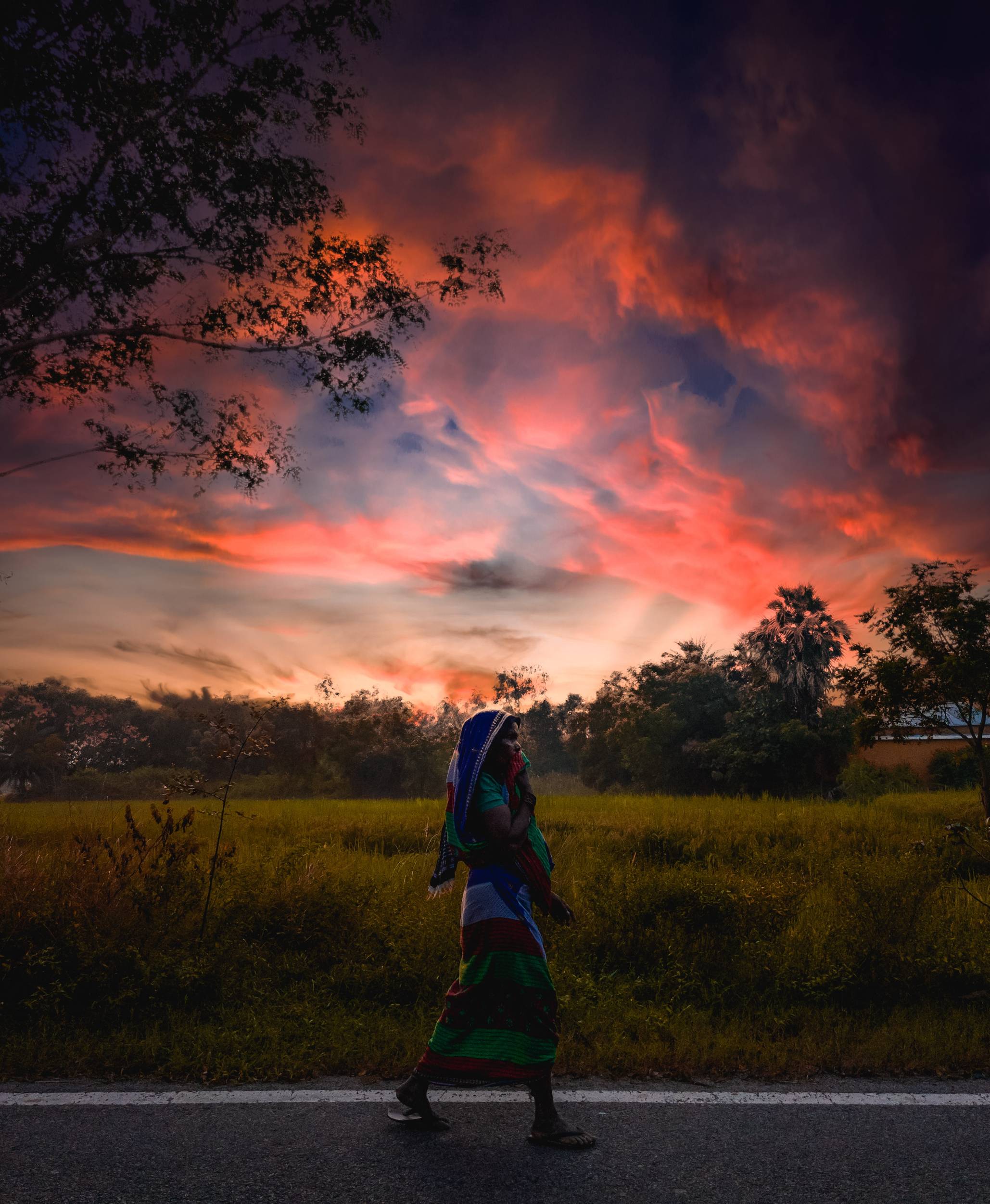 8 Best Places To Visit In Khajjiar 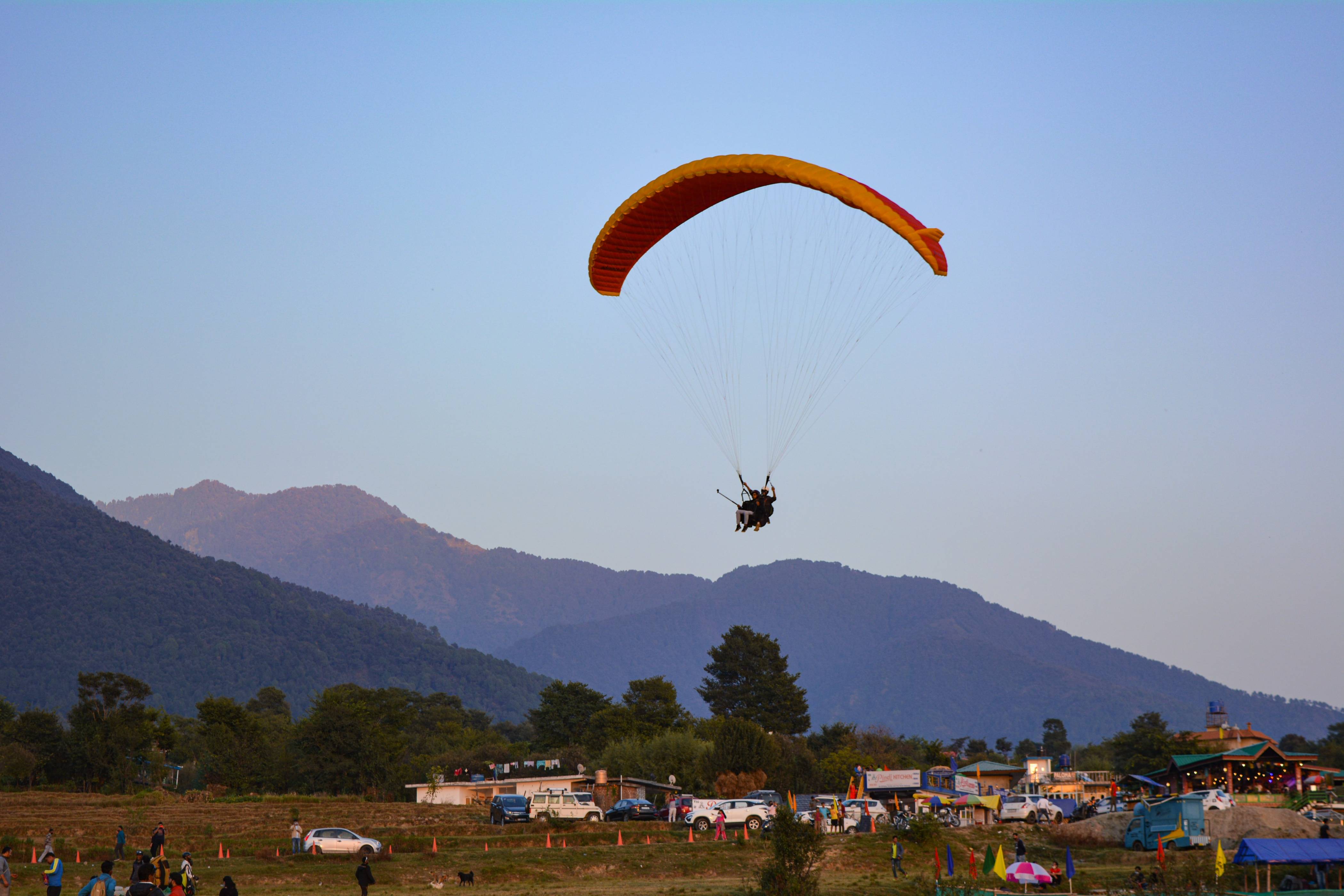 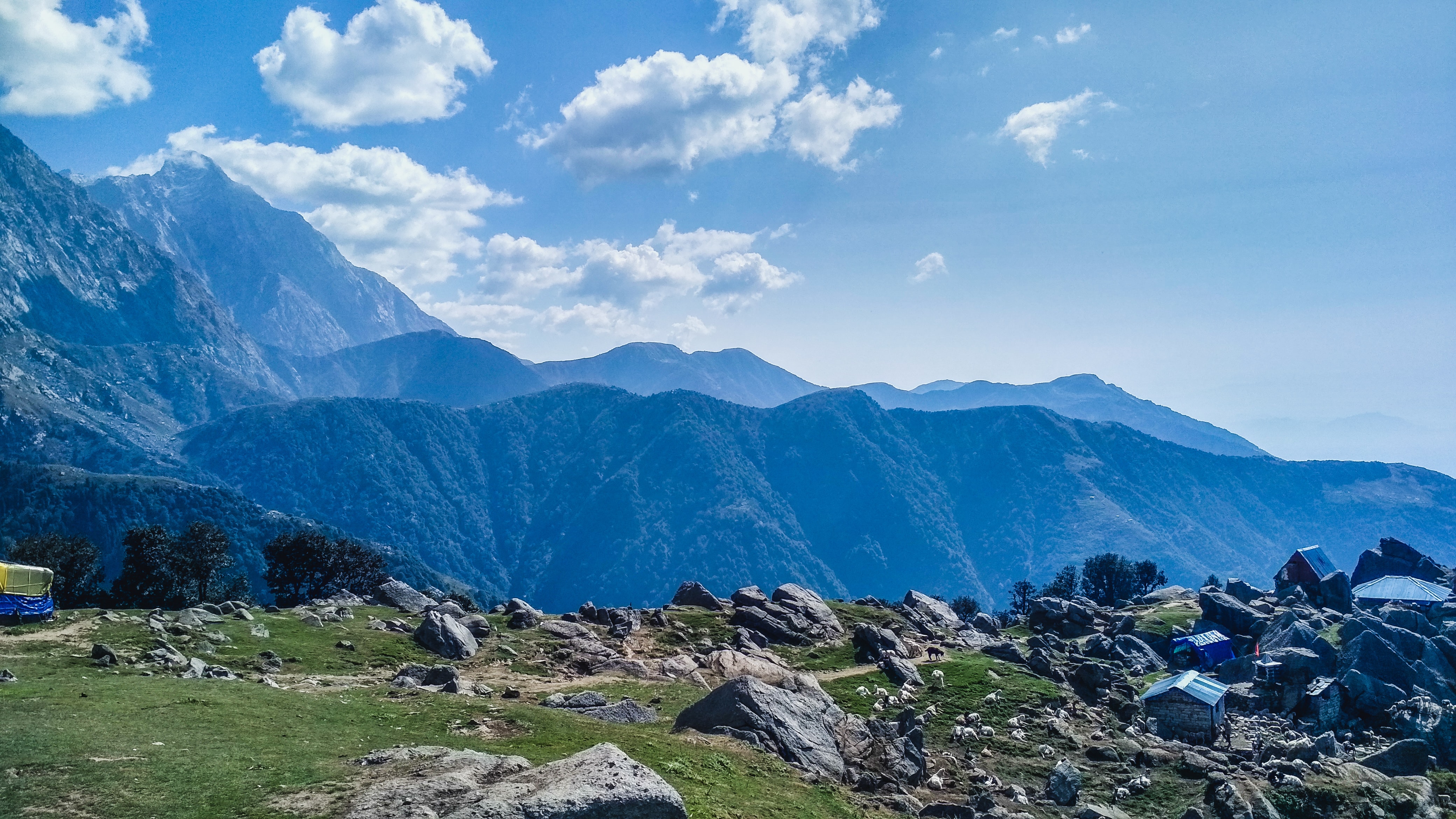 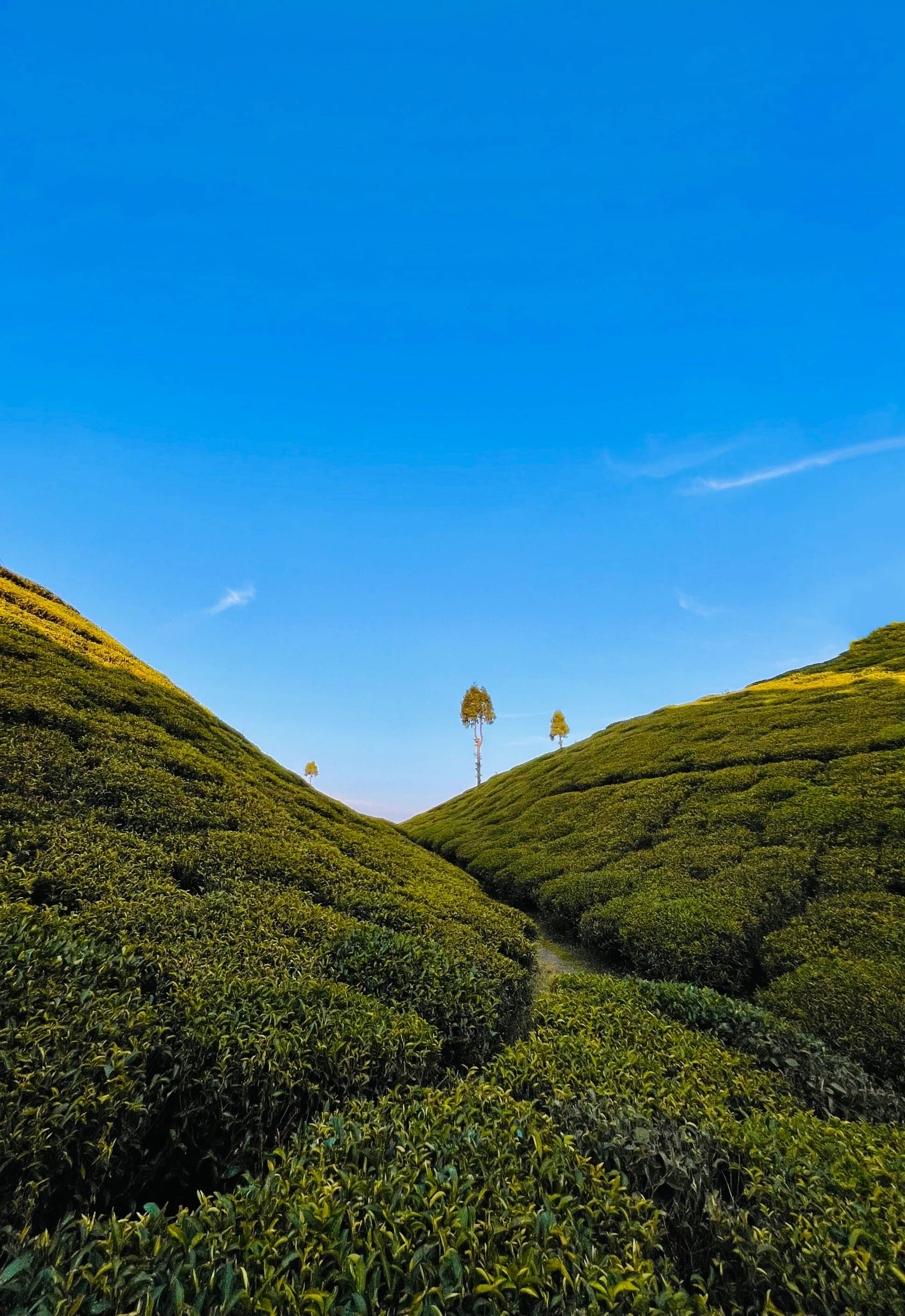 6 Best Places To Visit In Kotagiri For A Wonderful Vacation 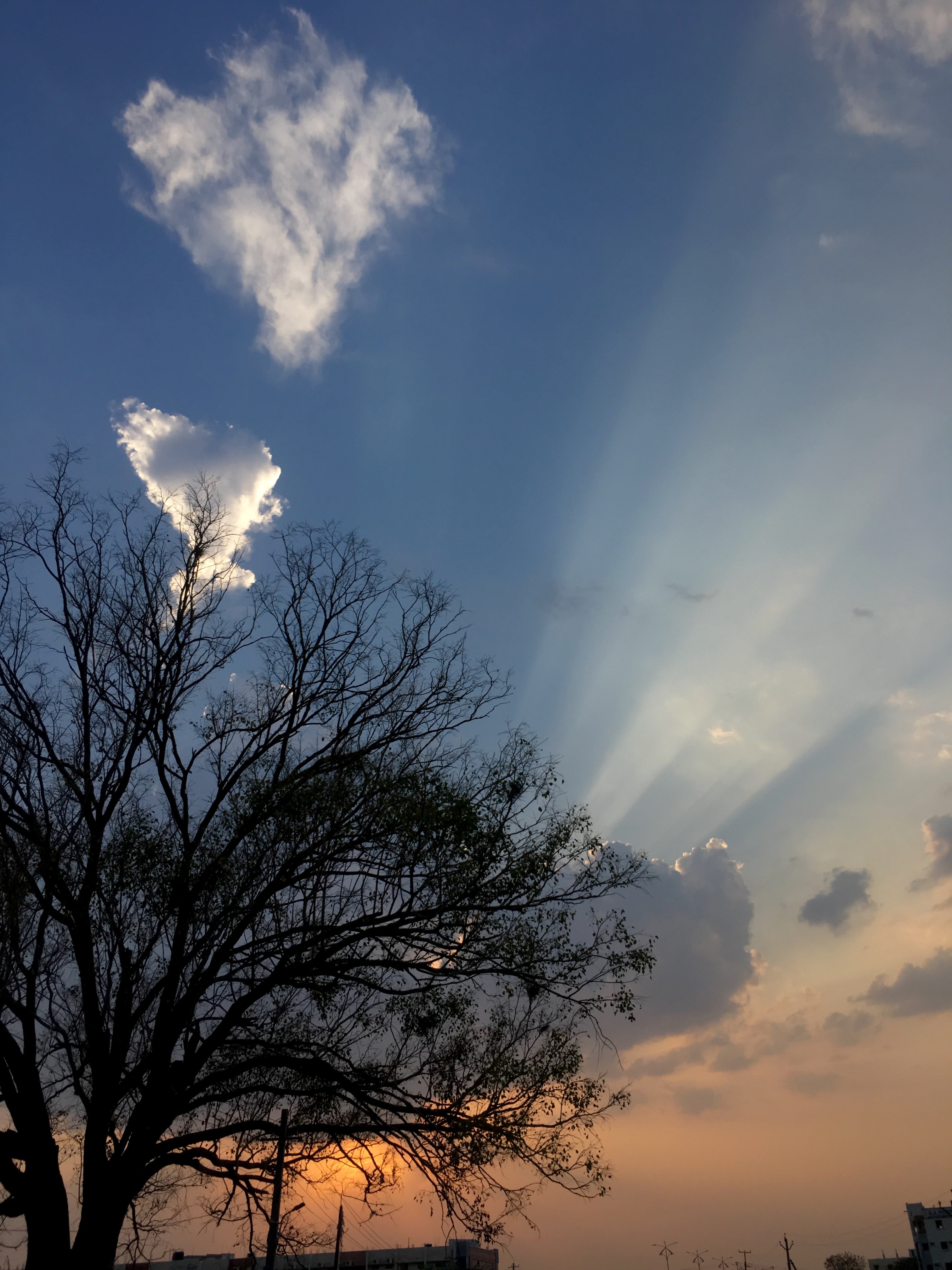 Scenic Places To Visit In Kurnool