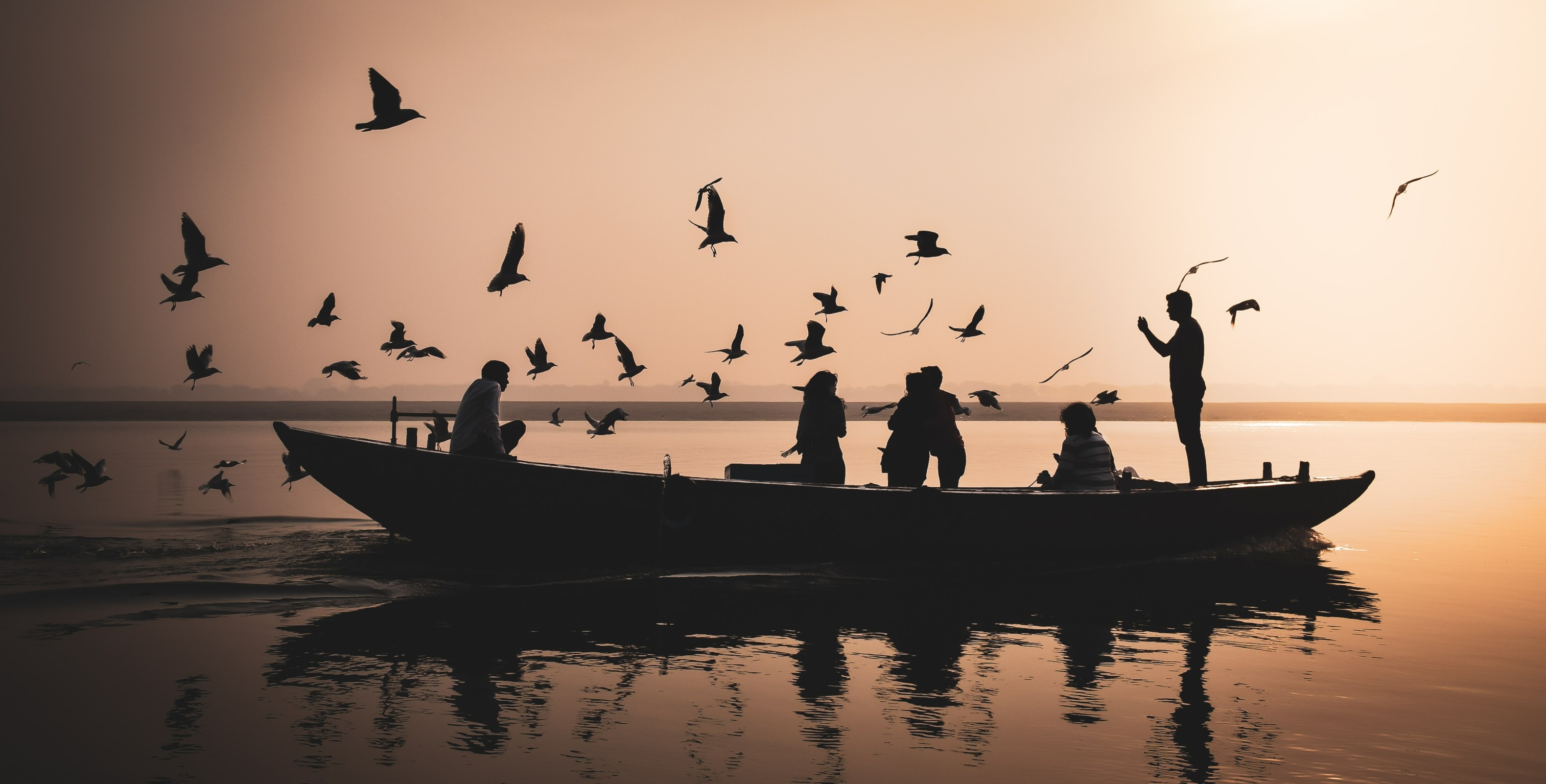 Varanasi’s tryst with food is best discovered in its narrow lanes and streets. It surely is no surprise that the ‘oldest living city in the world’ has some of the most delectable and mind-blowing street foods in India. A quintessential part of the city’s culture, your Varanasi trip is truly incomplete without indulging yourself in its culinary delights. From lip-smacking chaats to sweet, heavenly desserts, the narrow lanes of this holy city are no short of a paradise for a foodie! So, to all the food lovers out there, here are some of the street foods in Varanasi that you ought to try.

The reason that Kachori is so famous in Varanasi is because of the tangy, aromatic potato curry it is served with. With generous amounts of clover and black pepper, the potato curry is the highlight of the dish. Imagine starting your day with a freshly fried Kachori and a piping hot ladle of the potato curry! Yum!

Best Place To Eat In Varanasi: You should definitely try the Kachori Sabzi from Kachori Galli, Ram Bhandar in Thatheri Bazar, and Madhur Milan in Dashawamedh Ghat.

You will come to find that some parts of the Varanasi cuisine are influenced by the foods of the neighboring states like Bihar and West Bengal. And one such food item is Baati Choka. A highly popular dish in Bihar, it makes for one of the tastiest street foods in Varanasi. Baati essentially is a type of Indian bread made of wheat and Choka is a spicy vegetable mix.

The Batti is normally stuffed with roasted chana dal and some spices and then roasted over charcoal to enhance its flavor. It is then dipped in desi Ghee and served hot with the Choka mixture, which is mainly a mixture of mashed potatoes, tomatoes, eggplant, and various spices. Baati Choka is a widely loved street food and can be found at the street-side stalls as well as popular restaurants.

Best Place To Eat In Varanasi: You must try the Baati Chowka served at the Baati Choka Restaurant in Teliyabag or at the street-side stalls on Puran Das Road.

No one can say no to Golgappe! Whether you call them puchkas, golgappe, or pani puri, it is the street food that is loved by every Indian and the very sentiment of Indian street food. Also known as meethe golgappe, this sweet and tangy chaat is similar to the popular papdi chaat, except the crispy papdi is swapped for a wafer-thin golgappa (puri).

The crispy Golgappas are filled with a spicy mashed potato mix, which is topped with tangy tamarind and mint chutneys, curd, spices, and sev. Some joints even add pomegranate over it all as a refreshing garnish. Every Golgappa is like a burst of flavor and is absolutely refreshing. This street food is found on every chaat corner and street stall in Varanasi, so be sure to try them!

Another popular breakfast street food in Varanasi, the Choora Matar is Varanasi's version of the Maharashtrian poha or the Bihari poha chiwda. Choora Matar is made with flattened rice which is soaked in desi ghee and is cooked along with aromatic spices, green peas, raisins, and saffron. Spices like hing (asafoetida), black pepper, and garam masala are added to enhance the flavor.

Some vendors also add milk or fresh cream to elevate the flavor and add texture to the dish. One major difference between Choora Matar and its Maharashtrian and Bihari counterparts is that there are no onions used in its making. This breakfast dish is quite stomach-filling and one of the healthier street food dishes to try.

While Punjab’s lassi is extremely popular all over the country, Varanasi lassi has to be a close second. The thick and creamy lassi in Varanasi is like a drop of amrut from the heavens! Usually served in traditional earthen glasses and topped with a copious amount of rabri (sweet, condensed milk base), malai (fresh cream), fresh fruits, and pistachios the Varanasi Lassi is a whole other ball game! It will come as no surprise that there is a lassi shop every two minutes in the lanes of Varanasi.

When Varanasi Lassi is talked of, the Blue Lassi Shop is immediately recommended. It is one of the oldest lassi shops in Varanasi and has been making lassi for over three generations. Additionally, the shop offers over 83 varieties of lassi and is sought by locals and tourists alike.

Best Place To Eat In Varanasi: You should certainly try flavored lassi from Blue Lassi Shop in Govindpura and also the Pahalwan Lassi at Ravidas Gate.

One of the most popular and loved street foods in Varanasi, the Tamatar Chaat is a must-try while exploring the street food scene of Varanasi. A Varanasi version of Aloo Chaat, the Tamatar Chaat uses tomatoes for its preparation, hence the name. This tangy, spicy chaat is made from tomatoes, mashed potatoes, ginger, green chillies, and a variety of spices like hing (asafoetida), garam masala, black pepper, and red chilli powder.

The patty is then shallow fried and topped with a pinch of chaat masala, sweet chutney, fresh coriander leaves, and a dollop of desi ghee. Served in a bowl made of dry palaash leaves this spicy street snack is perfect to activate your taste buds and is a Varanasi specialty found in every corner of the city!

Another Varanasi version of a popular chaat, Chena Dahi Vada is a sweet and refreshing street snack that can be enjoyed while exploring the city. This delicious variation of Delhi’s dahi bhalla is made from chena (cottage cheese/ paneer). This soft paneer fritter is doused in sweet and tangy curd, topped with some fresh coriander leaves, jeera masala, and black salt which adds a refreshing flavor to it.

An exciting blend of textures, the dish is soft, crispy, and creamy all at once, and is no less of a party in your mouth! And if you’re a curd lover, then you should definitely try this iconic Varanasi version of Dahi Vada.

Best Place To Eat In Varanasi: You can find this street snack at almost every street stall. Deena Chaat Bhandar in Ramapura also serves a delicious serving of Chena Dahi Vada. 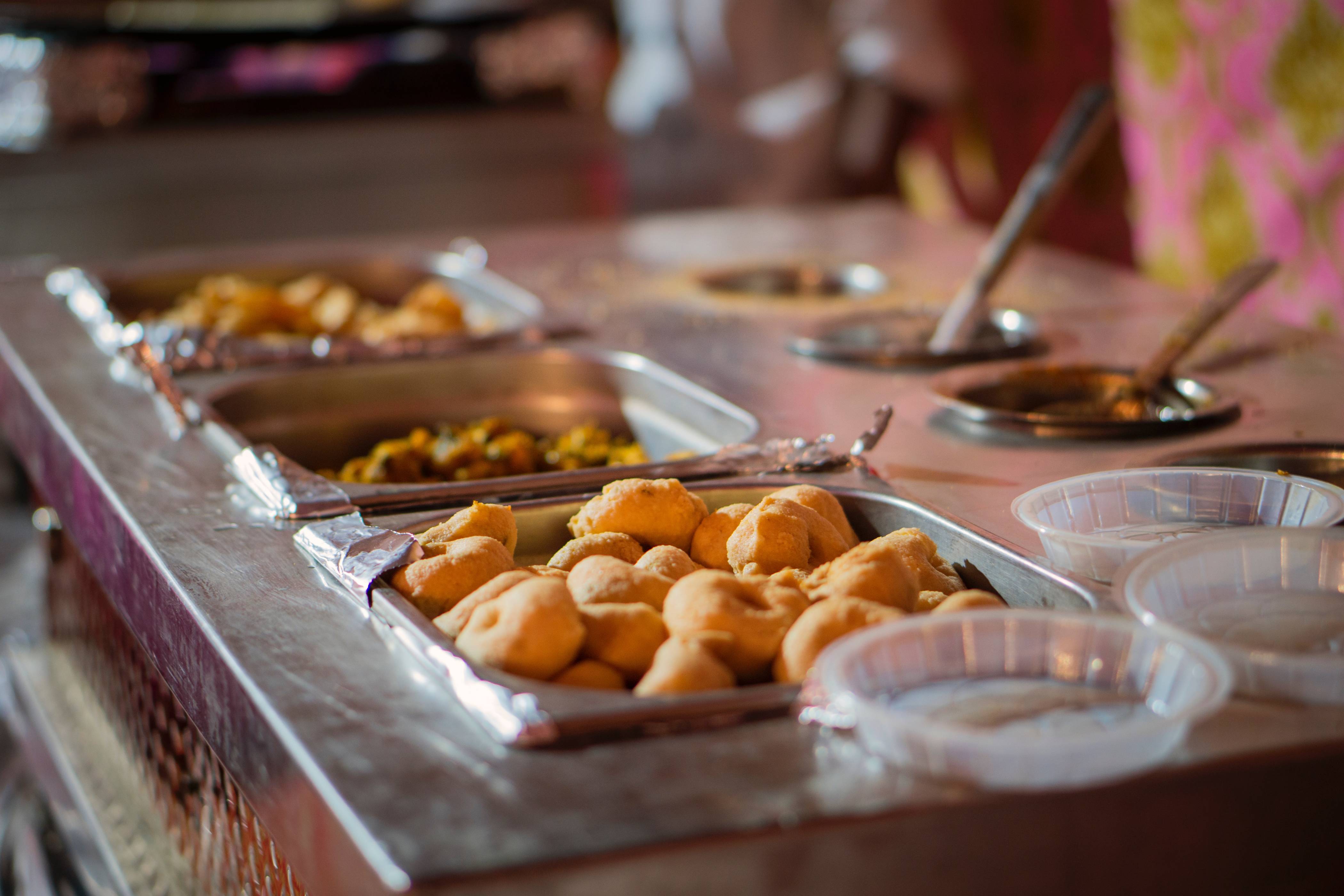 Served in the traditional earthen cups called kullhad, Malaiyo is found in every narrow lane of the city during the winters. For those with a sweet tooth, make sure to add this scrumptious dessert to your must-try list. You won’t be disappointed!

Best Place To Eat In Varanasi: You can find several shops selling Malaiyo in every lane of Varanasi, during the winter months (November through February). And if you wish to go to a specific shop, you must try the dessert from Markandey Sardar in Chaukhamba Gali.

Coming all the way to the city that is believed to be the abode of Lord Shiva, and not trying a glass of the famous Thandai is truly a shame! Made from milk, which may be flavored or not, and a number of aromatic spices, Banarasi Thandai is a popular drink all over India. This cold milk beverage is served in a traditional Kulhad cup and topped with malai, dry fruits, and nuts.

You can also get it in various flavors depending on the seasonal fruits available. Condiments like black pepper, fennel seeds, cardamom, and saffron are added for an enhanced flavor. In Varanasi, you will also get Bhaang Thandai in which the drink has a mild mix of marijuana. The Bhaang Thandai is a super popular drink during the Holi festivities.

Best Place To Eat In Varanasi: Baba Thandai and Thandai Ghar in Godowlia Chowk are popular shops to try Thandai from. Also, several shops near Dashwamedh Ghat, especially Mishrambhu Thandai are worth visiting.

Rabri-Jalebi is a popular dessert combination in Varanasi and can be found in every lane of the city. The jalebi is made up of a deep-fried flour batter, that is then dipped in a sweet sugar syrup, while the rabri is sweetened condensed milk. The hot jalebis paired with the chilled rabri is a match made in heaven. And once you have them in a pair, you can never go back to having them separately!

Best Place To Eat In Varanasi: You can find this dessert at any street-side shops and any renowned sweet shop in the city. Shri Madhur Jalpan serves some amazing Rabri-Jalebis that will certainly sweeten up your Varanasi trip!

Street food is the food that tells you more about the city, and Varanasi’s street food lives up to the expectations of the city’s holy fame. A few words that perfectly describe the street food of Varanasi are, traditional street food with a Banarasi twist! The city is no short of a street food heaven for foodies. So be sure to check out these must-try street food in Varanasi and tick them off of your foodie bucket list.

Which Street Food Is Famous In Varanasi?

Hot, crispy kachoris, sweet and tangy dahi chutney golgappe, and spicy tamatar chaat are some of the most popular street foods in Varanasi that you ought to try.

What Is The Famous Sweet Of Varanasi?

Malaiyo is the most popular dessert in Varanasi and is made exclusively in this city only, during the winter months (November to February). The dessert is made by churning milk until it turns frothy and light and is flavored with saffron, cardamom, almonds, and pistachios.

Where Can I Eat Malaiyo In Varanasi?

You will find several vendors in every corner of the city selling Malaiyo during the winter months. The Malaiyo at Markandey Sardar in Chaukhamba Gali is quite popular in Varanasi.

What Is The Speciality Of Varanasi?

Varanasi is famous for its Banarasi silk sarees that are embroidered with gold and silver threadwork. Apart from this, wooden toys, colorful glass bangles, and beautiful ivory works are also famous in Varanasi.

Which Is The Best Time To Visit Varanasi?

The winter months between November and February are the best time to visit the oldest city in the world. Although the weather can get quite cold during the winters, it is most favorable to explore the city and visit the various temples. Also during these months, you can indulge in the delectable dessert - Malaiyo which is only made in Varanasi.

Which Ghat Is Famous In Varanasi?

The Dashawamedh Ghat is a popular tourist location in Varanasi since it is believed that Lord Brahma performed the 10 Ashwamedha sacrifices here.

How Many Days Are Enough For Varanasi?

Typically, 5-6 days or one week is a good enough time to explore the city in detail and try out the various street foods here. Varanasi is such a city that you can spend just 2 days, one week, a month, or even months together and still find something new or unique to explore!

Which God Is Worshipped In Kashi?

Lord Shiva is worshipped in Kashi, in Varanasi. The temple is situated on the western banks of the River Ganga. Varanasi is believed to be the abode of Lord Shiva and hence Shiva is revered here. 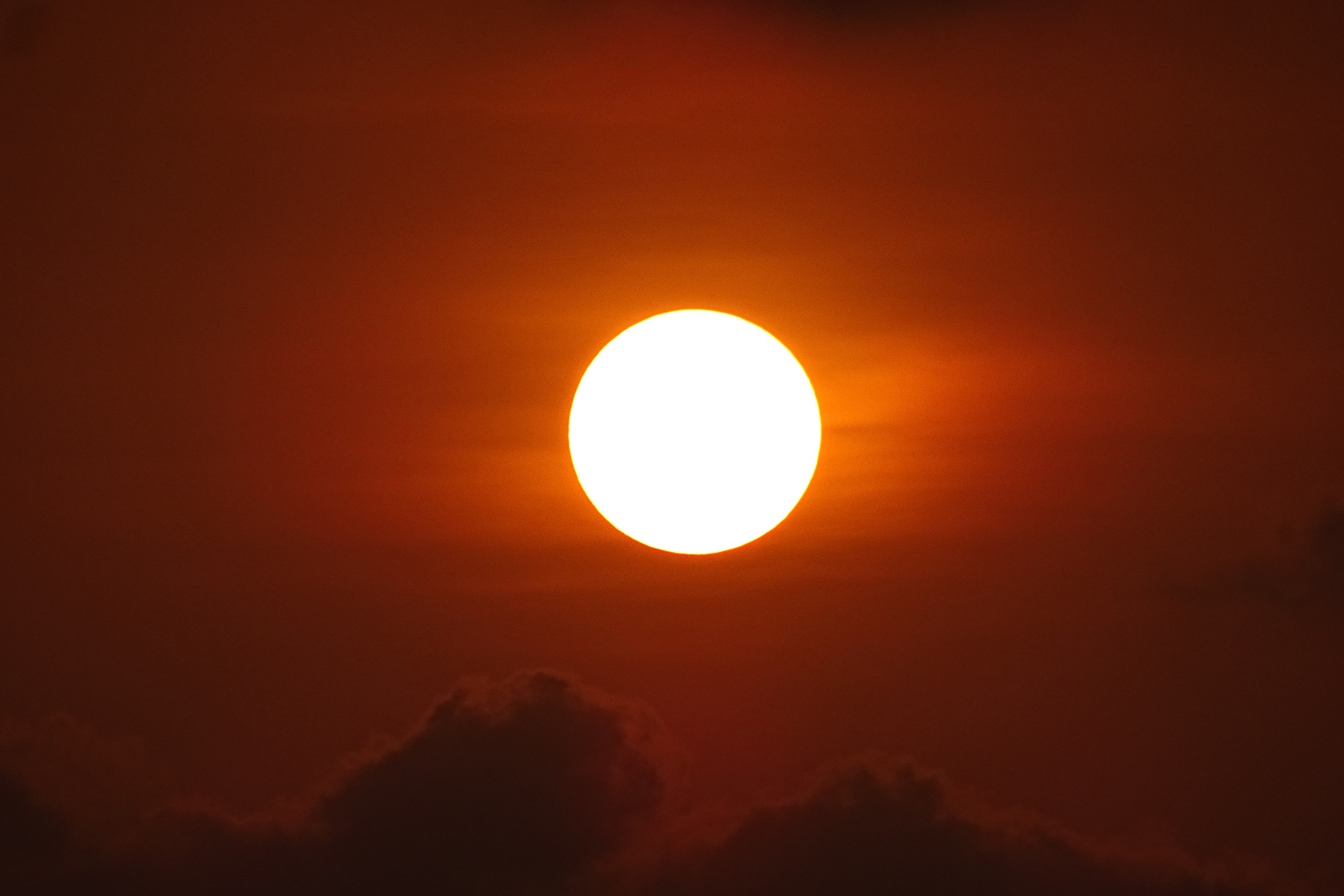 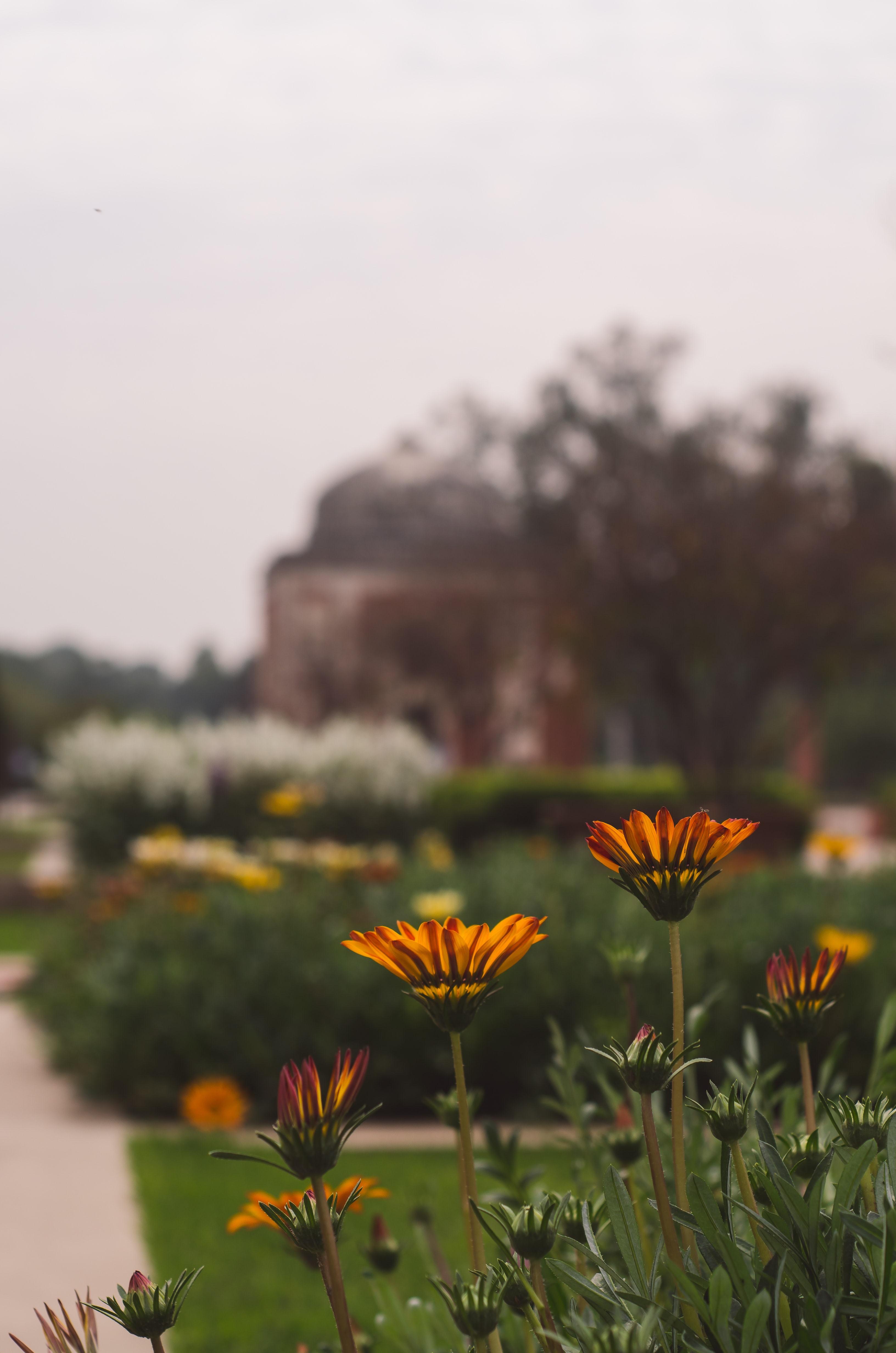 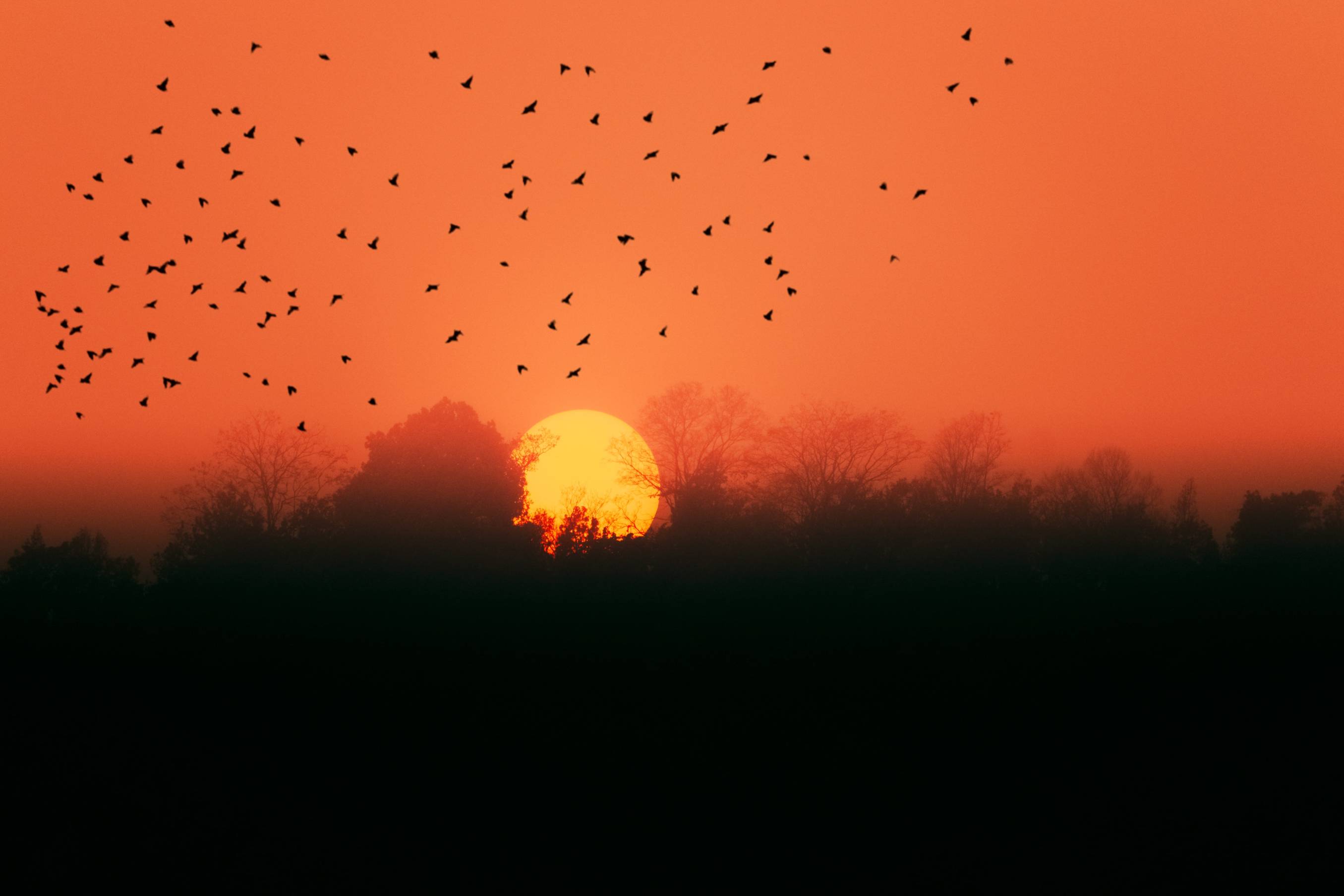 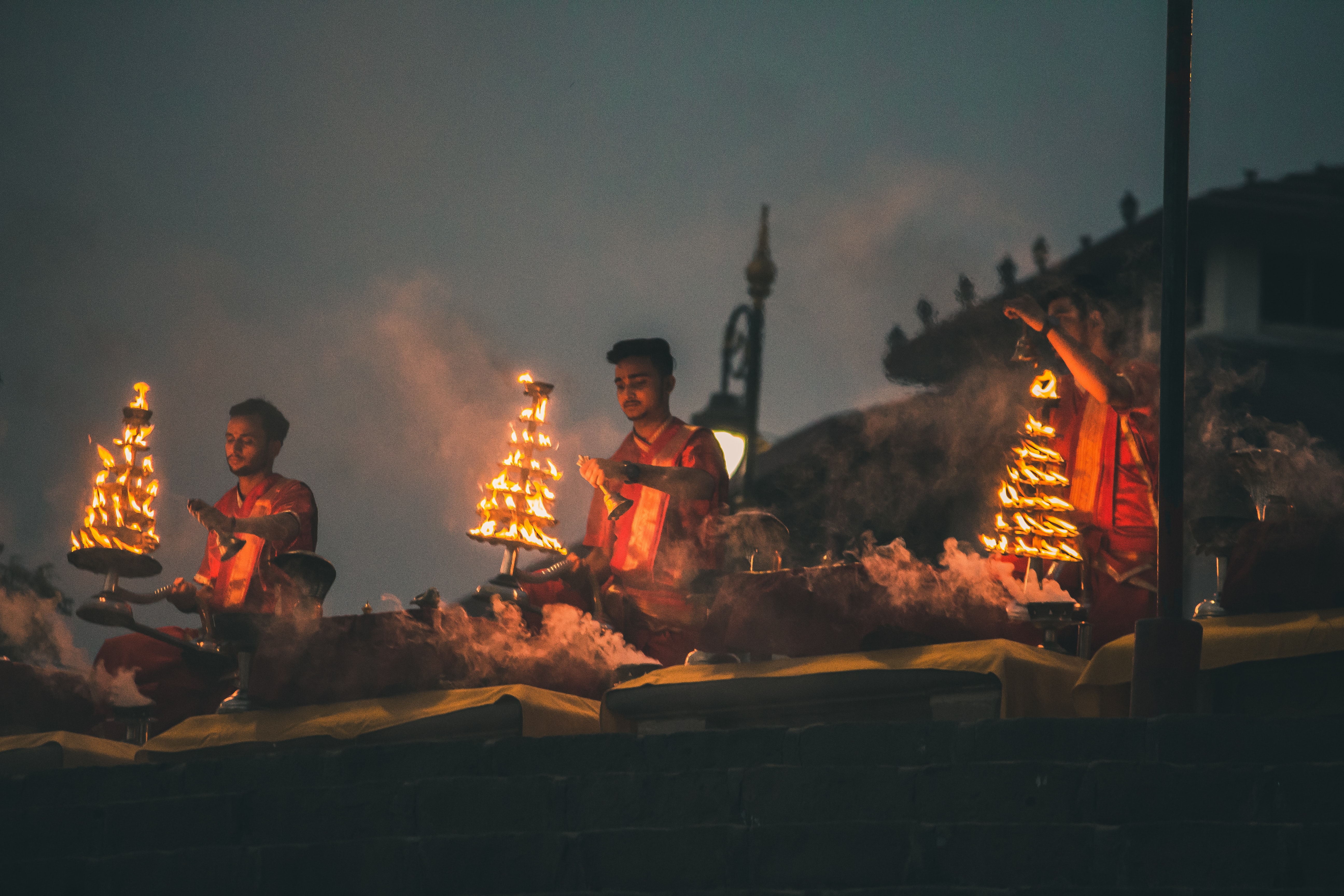 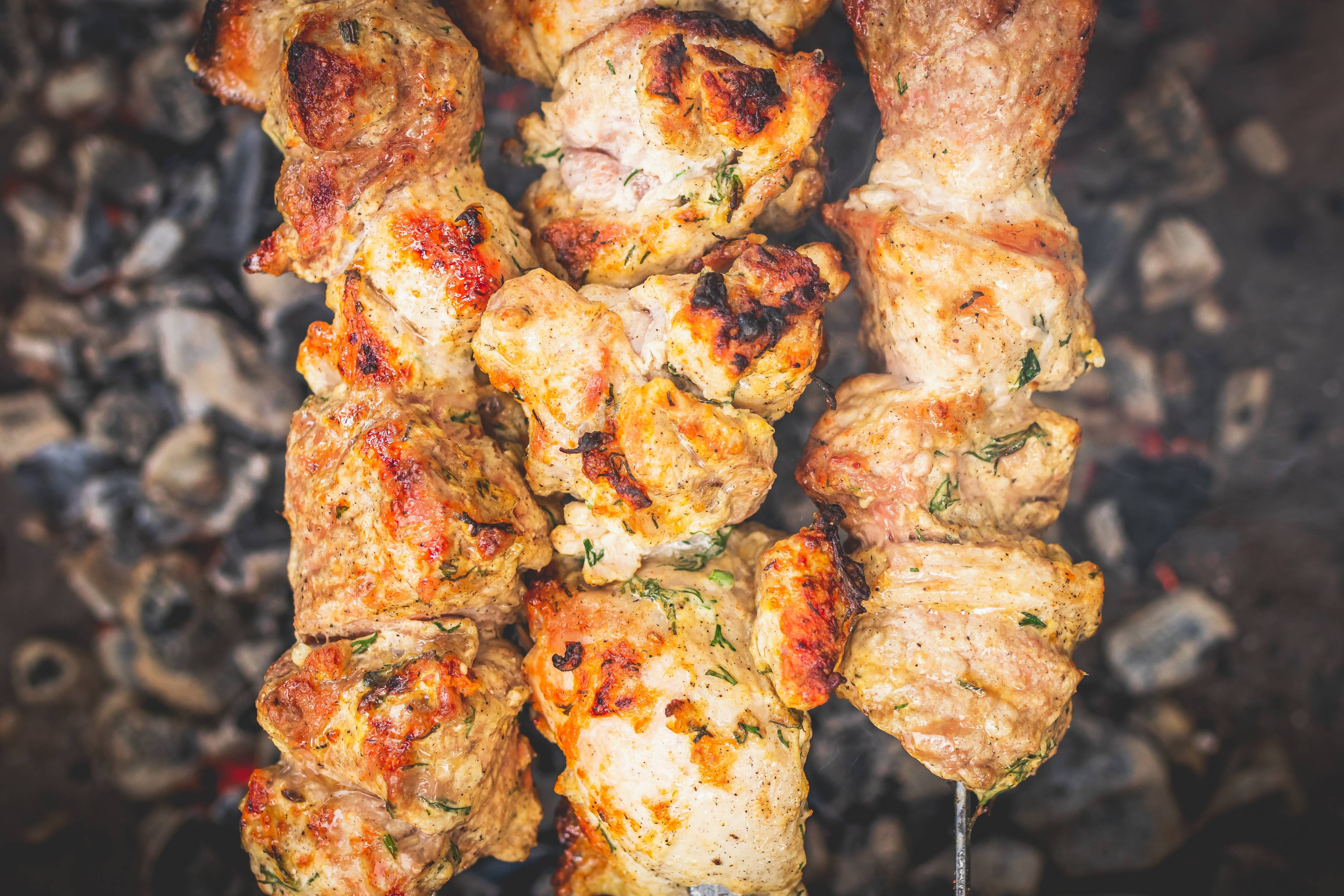 Best Places For Street In India