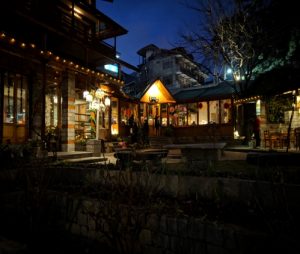 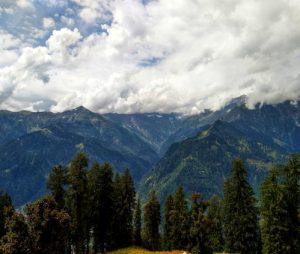 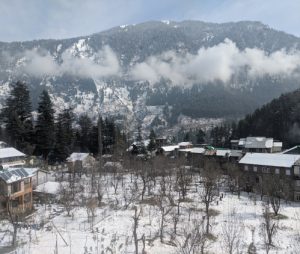 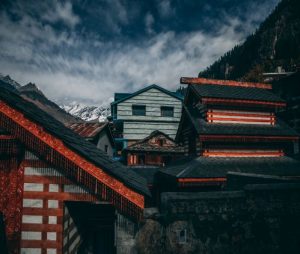 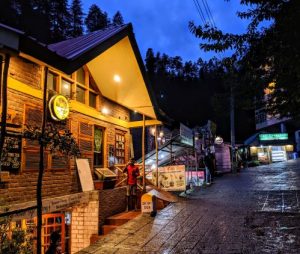 A Guide To Exploring Shimla

Once the summer capital of India under the British empire, Shimla is one of India’s favorite getaway destinations. What makes Shimla so special is primarily the respite it offers from the cruel Indian summers. 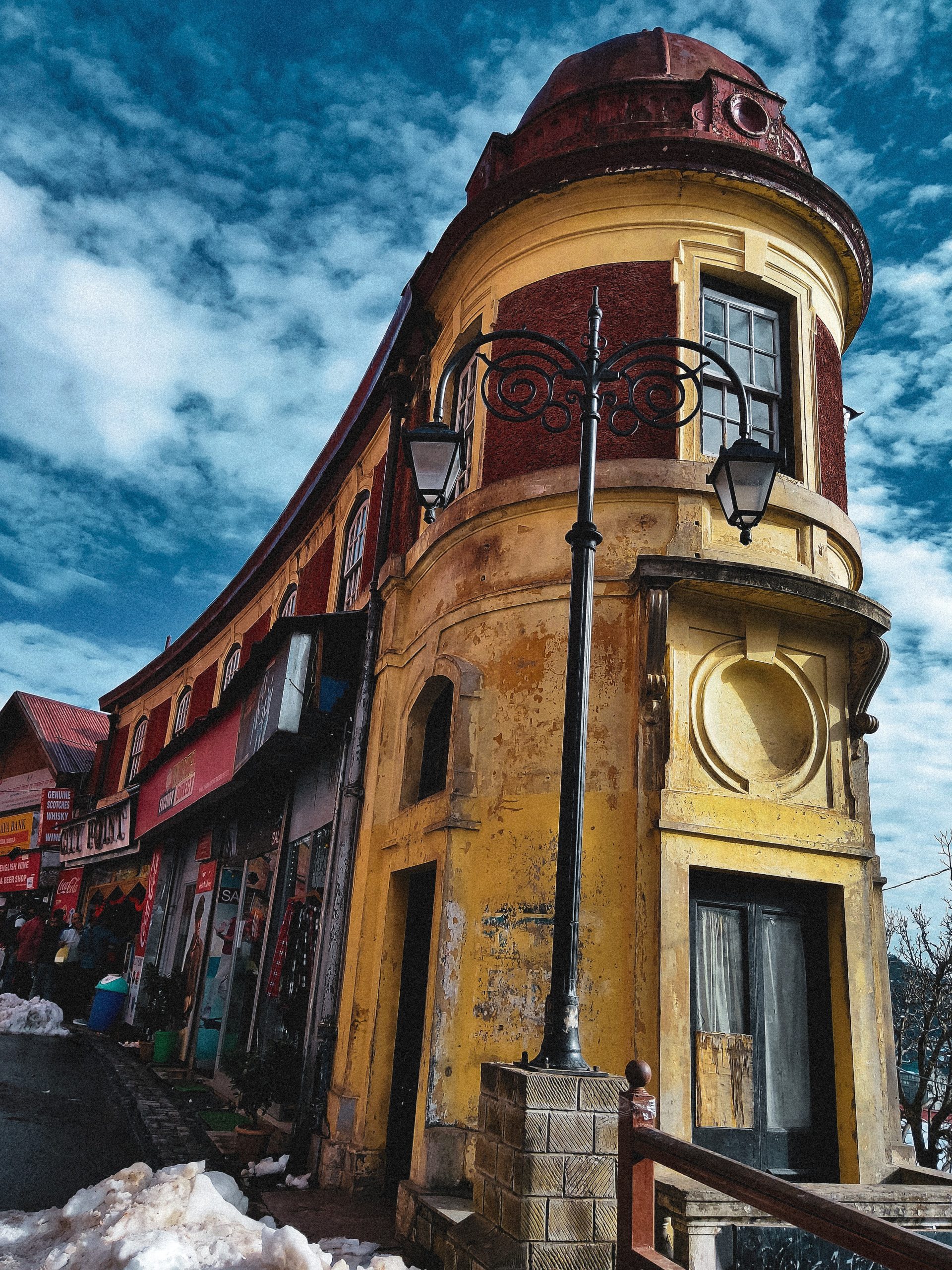 Located at an altitude of 2,200 meters above sea and an eight-hour drive away from Delhi makes Shimla an extremely accessible and pleasant town to unwind in. Pleasant weather and great connectivity aren’t the only reasons why Shimla is so popular. Great Victorian architecture, a unique ridge that is just bustling with things to do and home to South Asia’s largest natural ice skating rink are some of the reasons why Shimla is a year round hit with travelers.

History And Culture Of Shimla

Shimla as a city is much younger than most of its Indian counterparts. Up until 200 years ago Shimla was a dense forest, with just the Jakhoo temple and a very small village based around the temple. 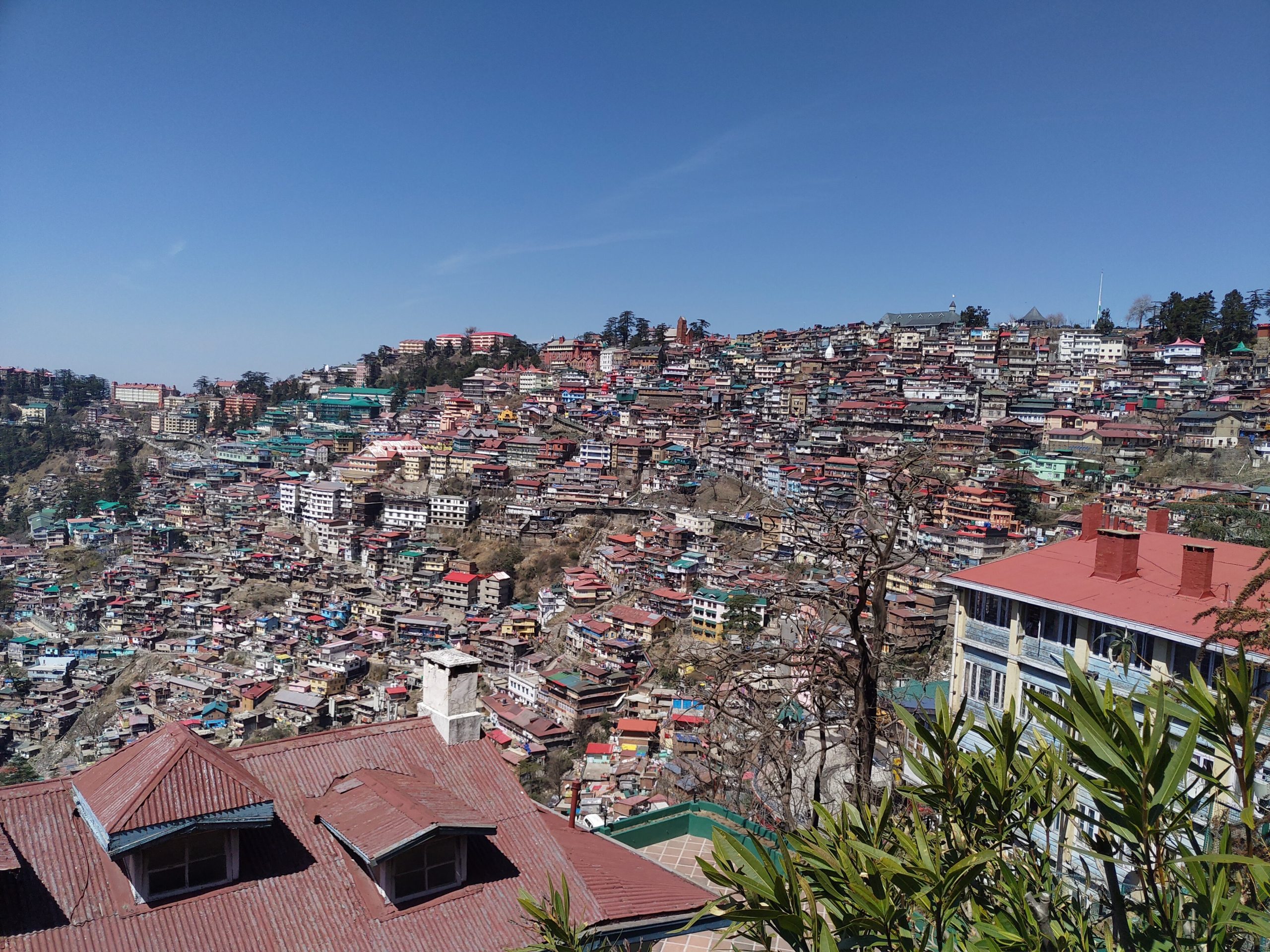 After the Anglo-Nepalese War, when the British East India Company secured control of the area, British surveyors found that the weather in Shimla was extremely pleasant and was very similar to what they experienced back home in Britain. It started with a lot of high-ranking officials in the military moving to Shimla during the Indian summers. Soon Shimla would become a destination for parties and for social festivities. Shimla would keep this frivolous reputation till the time the British occupied India.

Apart from being the administrative summer capital of India, Shimla also became the capital of the Punjab province. This was a time when the city of Chandigarh was not yet envisioned. One of the things that spiraled Shimla’s growing popularity was the construction of the Kalka-Shimla railway line.

With the construction of over 800 bridges and 103 tunnels, the railway line was considered a feat of engineering brilliance and is operational to this day. More popularly known today as the ‘toy train’, the railway line is a UNESCO World Heritage Site in its own right. 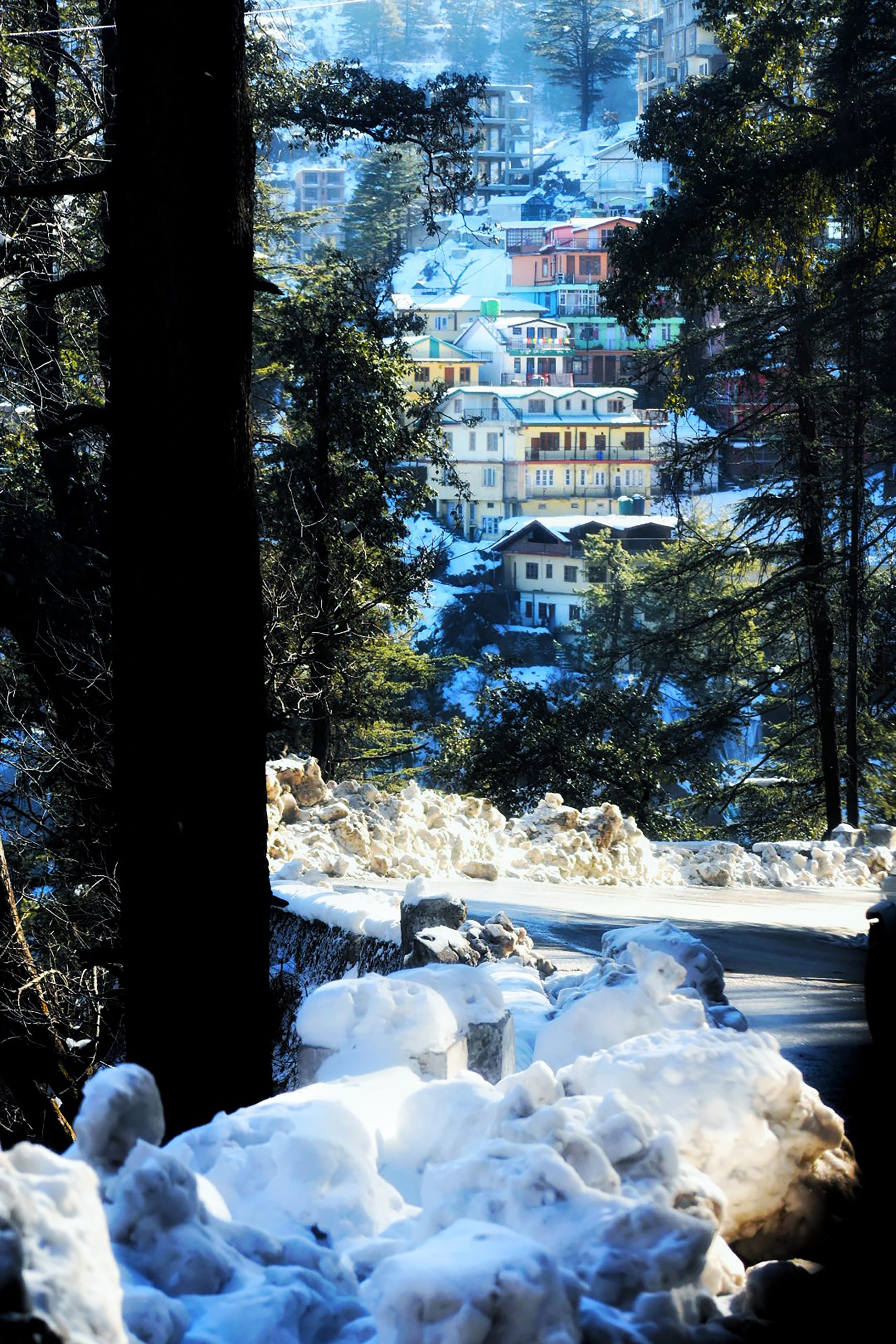 Shimla as a town was built by the British and for the British, so a visit even to this day is likely to transport you back to the Victorian times. The construction of the Christ Church, the Viceregal Lodge, and the Mall Road are all built either in the Neo-Gothic or Tudorbethan styles of architecture.

Shimla’s culture is a marriage of the British and Indian influences that the city’s history is deeply rooted in. Almost all of the Victorian architecture has been preserved to this day, for example, the Viceregal Lodge, is now a research institute (The Indian Institute of Advanced Study). 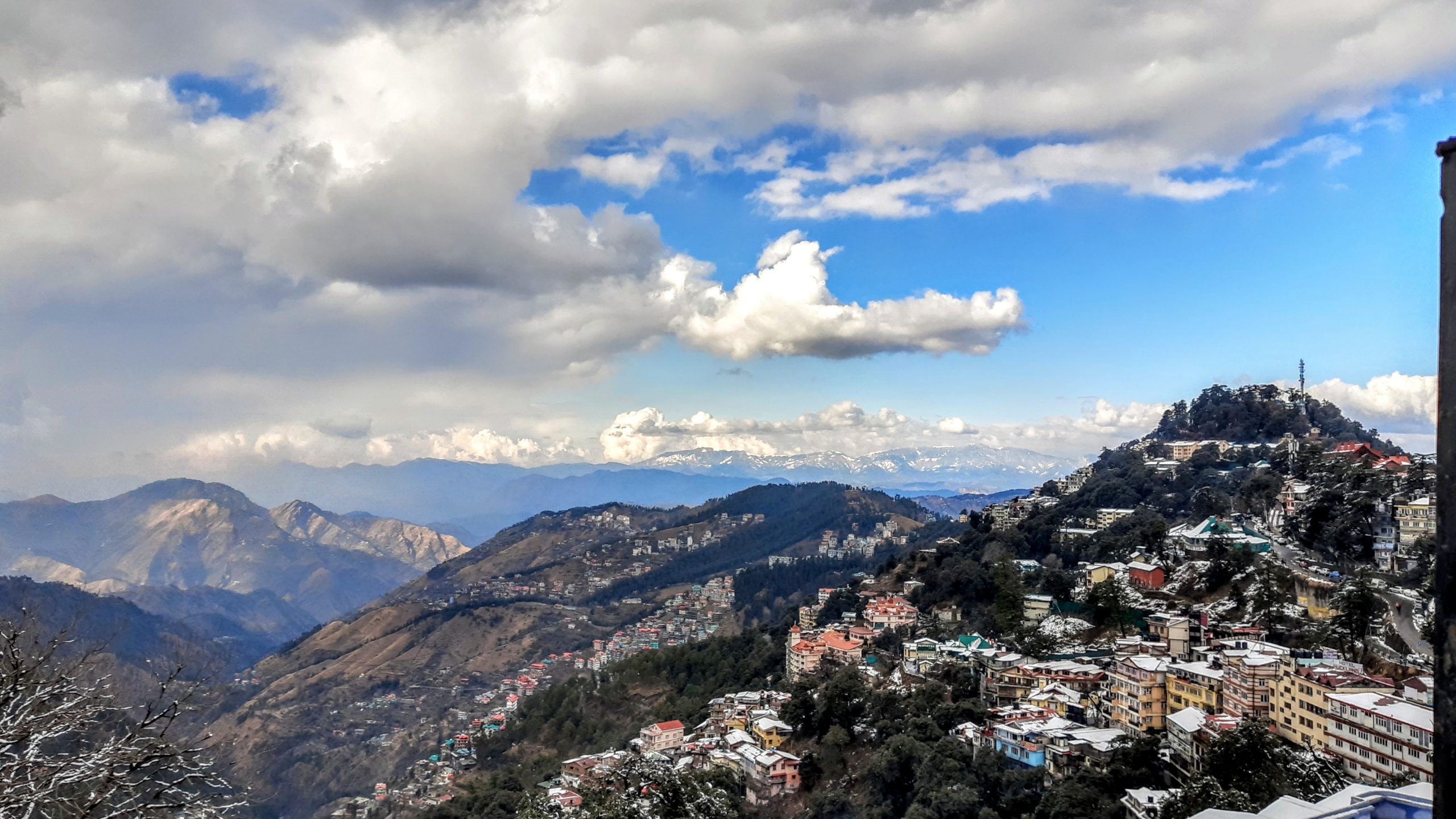 How To Get To Shimla

Getting To Shimla By Air

The closest airport to Shimla is the Shimla Airport in Jubarbhatti, which is about 22 kilometers away from the city center. While there are flights between Shimla and Chandigarh or even Delhi for that matter, these for most parts are expensive and prone to cancellations due to the weather.

We recommend flying into Chandigarh Airport, Chandigarh is extremely well connected by air and is about four hours away from Shimla by car.

Getting To Shimla By Train

For a more scenic but relatively slower mode of travel get down at Kalka and take the scenic toy train (not accessible during monsoon and must be booked in advance). The journey from Delhi to Kalka is about 4-6 hours and the toy train takes another 3-4 hours. 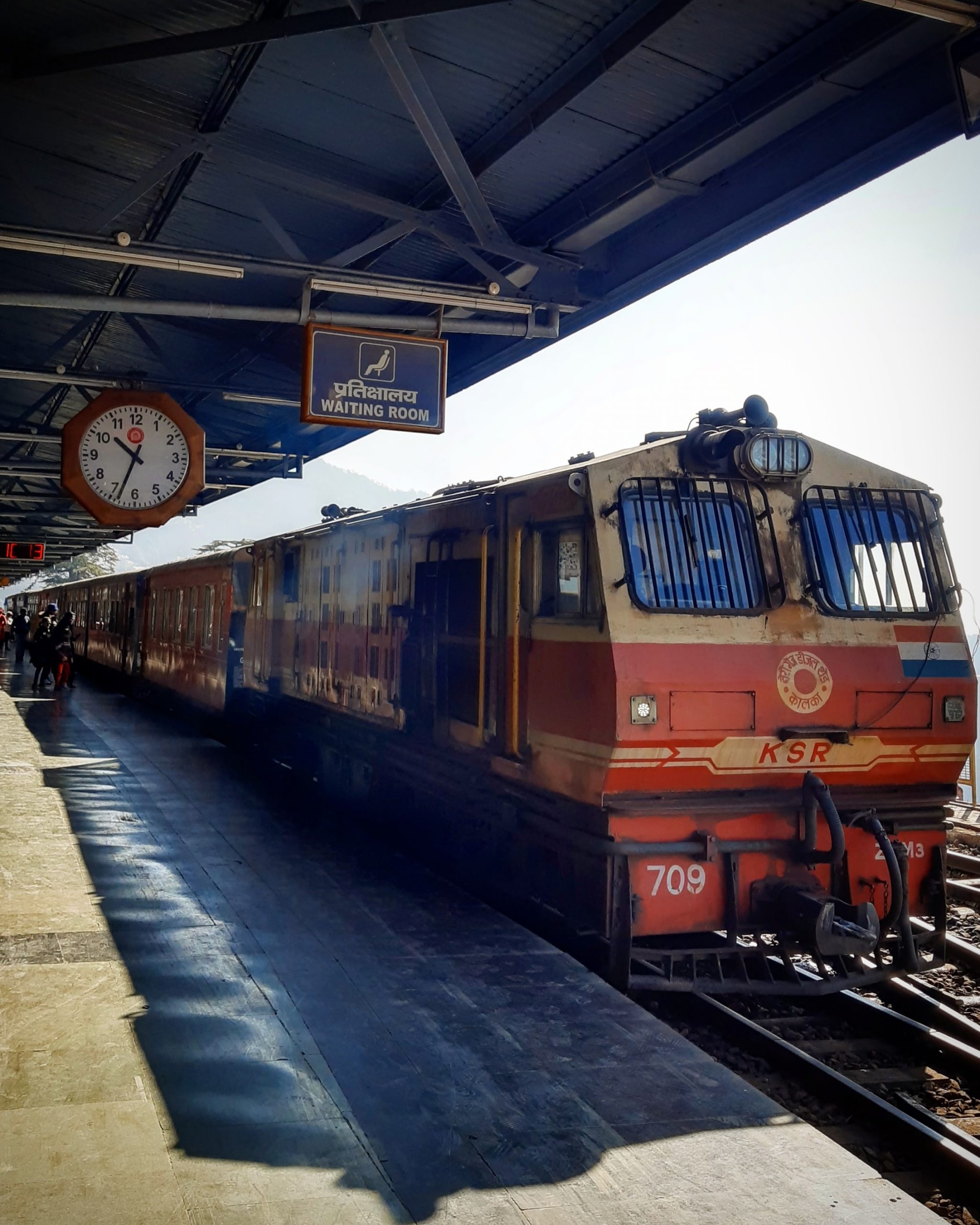 Getting To Shimla By Road

Shimla is extremely well connected by road, especially from Chandigarh and Delhi there are private and government buses (both A/C and non A/C) ferrying daily. Getting to Shimla even from the rest of Himachal Pradesh and Punjab for that matter is very easy. Most people prefer driving via Chandigarh as it takes 6-7 hours to get to Shimla and is much faster in general.

Best Time To Travel To Shimla

Shimla as a destination is largely accessible all year round. Having said that, summer months are the best time to visit; while days are extremely pleasant, the evenings could get slightly chilly, there are a lot of outdoor activities to partake in and a lot to explore. 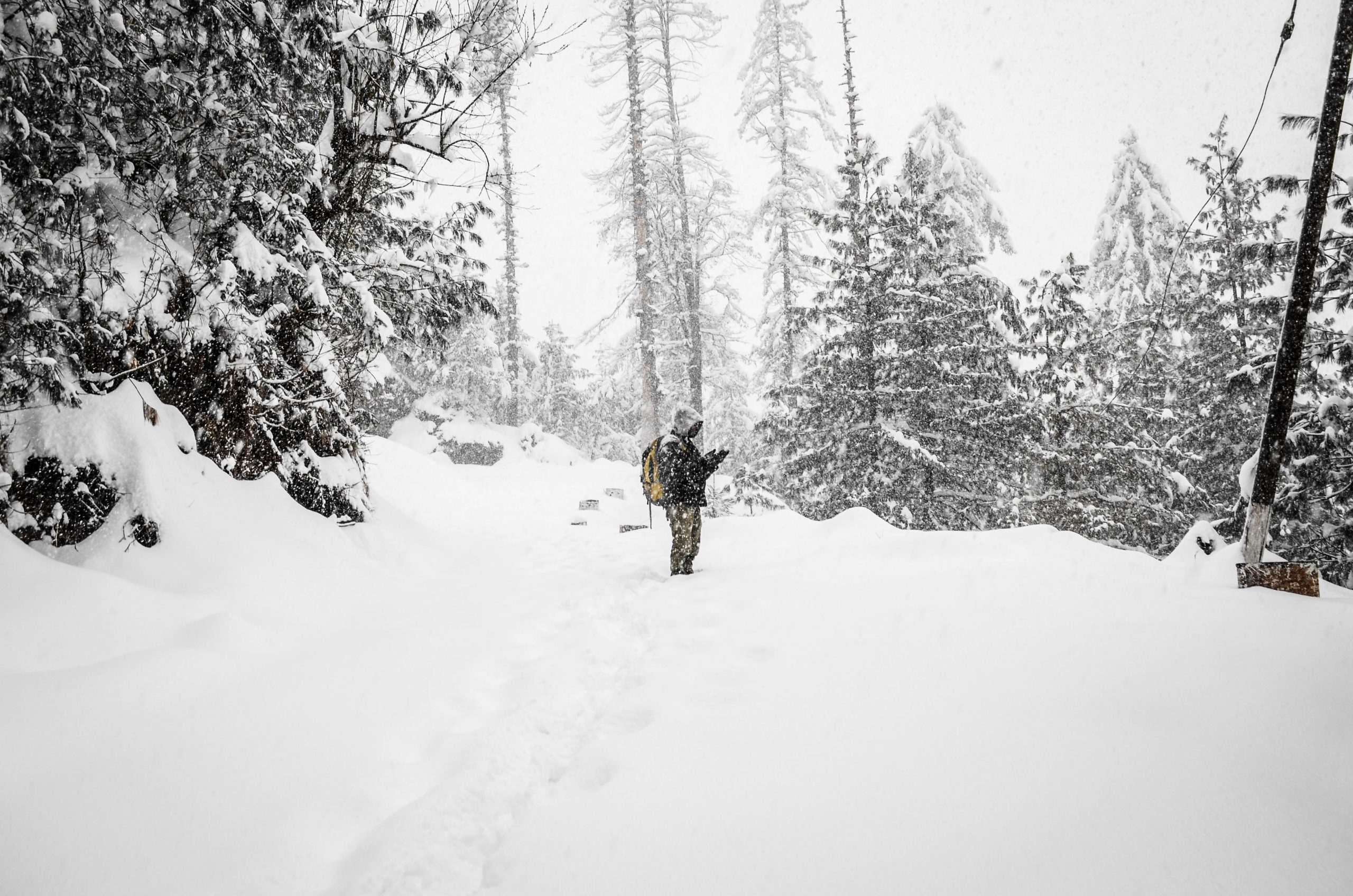 Winters are extremely cold yet there is a buzz around Christmas that makes Shimla extremely endearing to travelers. The Christmas Carnival in December is also a popular attraction among travelers. Shimla is home to the largest ice skating rink in all of Southeast Asia and is popular among travelers who want their share of experiencing the snow! 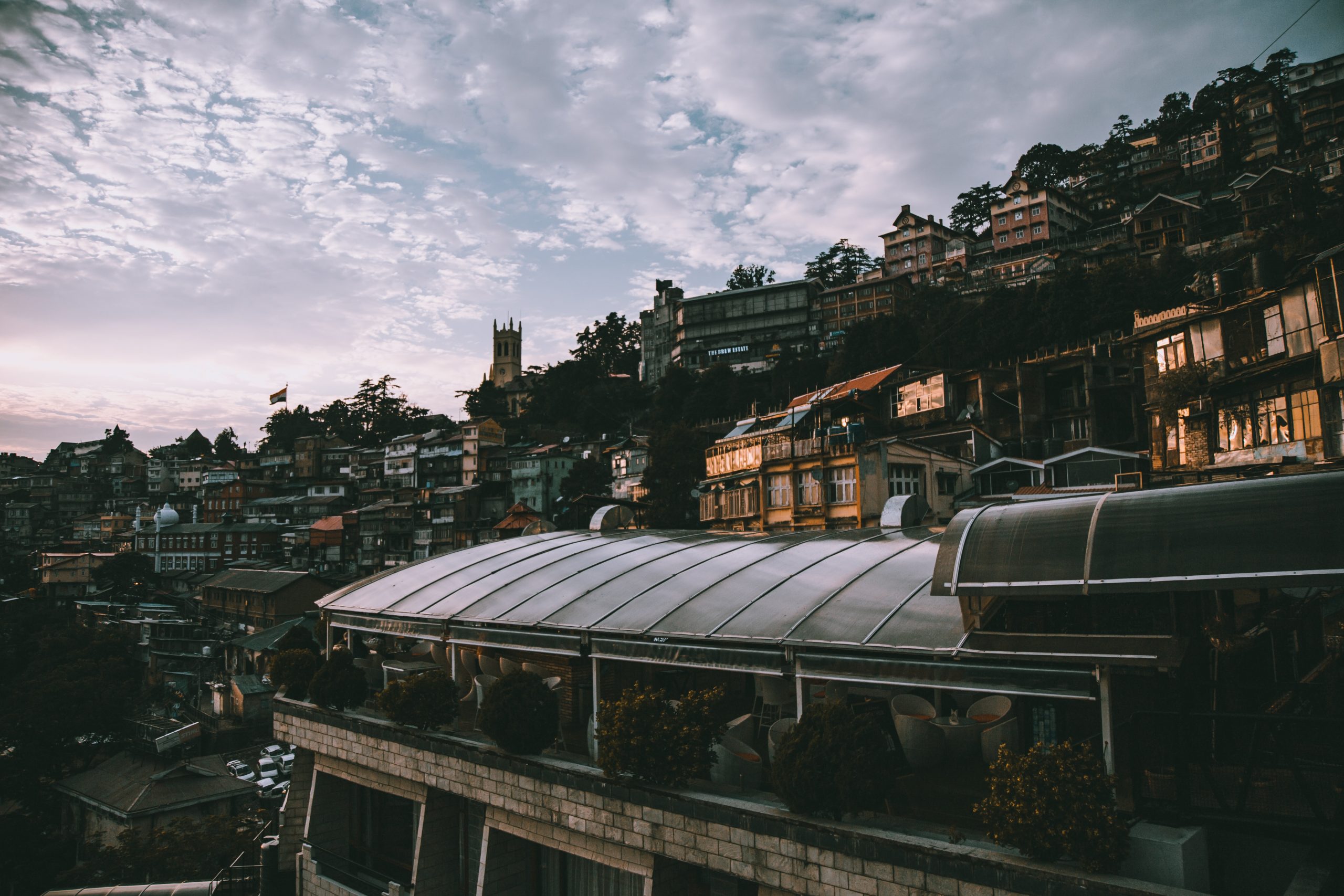 Avoid the monsoons, landslides and heavy rainfalls can dampen your experience, it’s considered off season in Shimla and there isn’t much to do either. The only advantage of traveling in the monsoons is cheaper hotel fare but is it worth it? Not really.

Local buses and taxis are easily available to explore. HPTDC (Himachal Pradesh Tourism Development Corporation) have also started buses that cover all the major attractions in the city. You could choose to rent a bike or a moped to have more flexibility with your sightseeing plans. Parts of Shimla, like the city center, are best explored on foot. 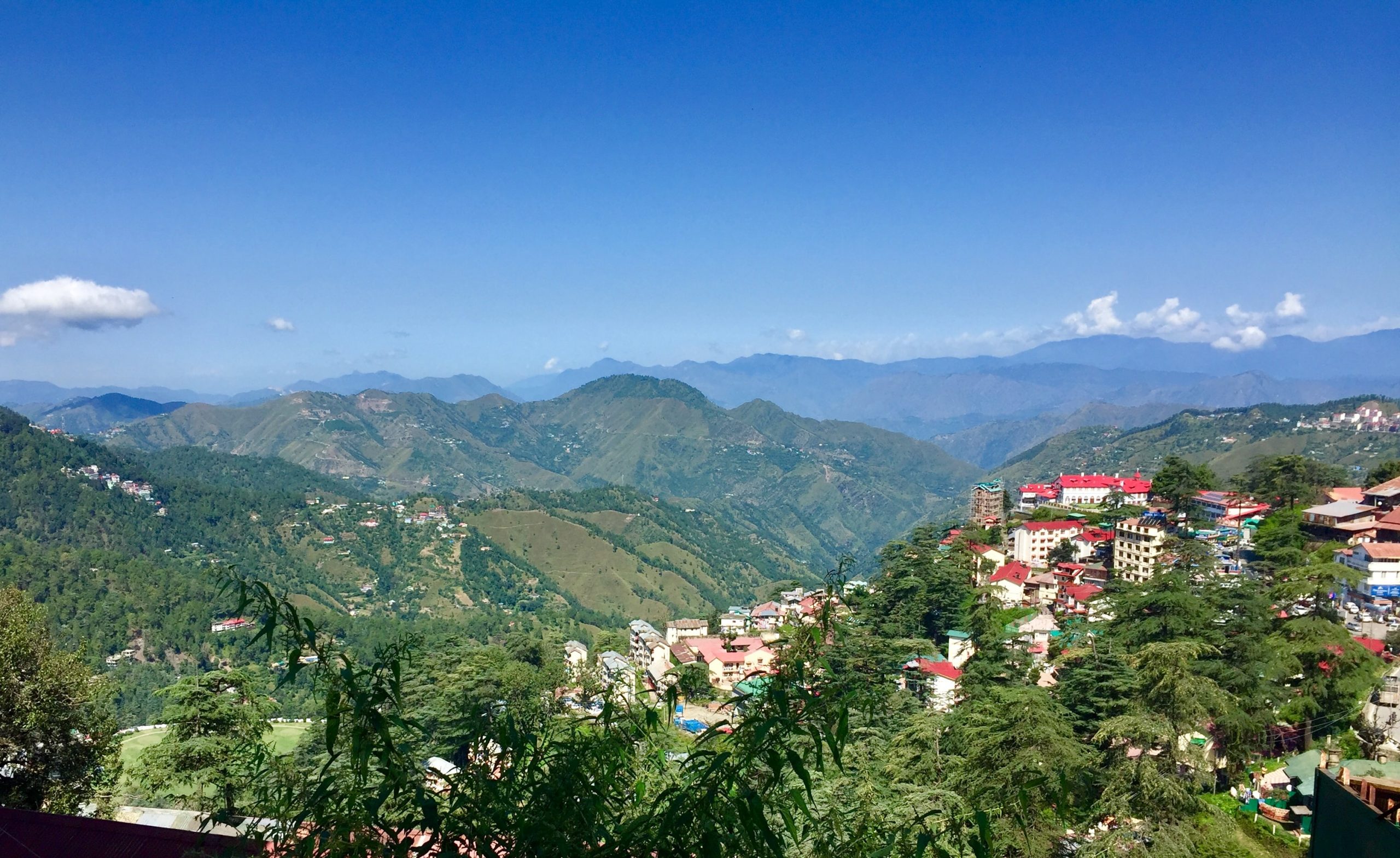 “Shimla is just a tourist hotspot.”

Shimla is an extremely popular tourist destination, like any other resort town with excellent connectivity. However, Shimla is also home to some of the coolest festivals in the country and is a gateway to some other hill towns like Kasauli. While it’s true that Shimla is a tourist hotspot, what makes it special is that it’s a good one.

The second oldest church in all of North India, Christ Church was built in the Neo-Gothic style in 1857. The fresco around the chapel was designed by Rudyard Kipling’s father, John Lockwood Kipling. The Church also has a collection of legendary books and scriptures. Its five glass windows stand for Christian Values of Faith, Hope, Charity, Fortitude, Patience and Humility. 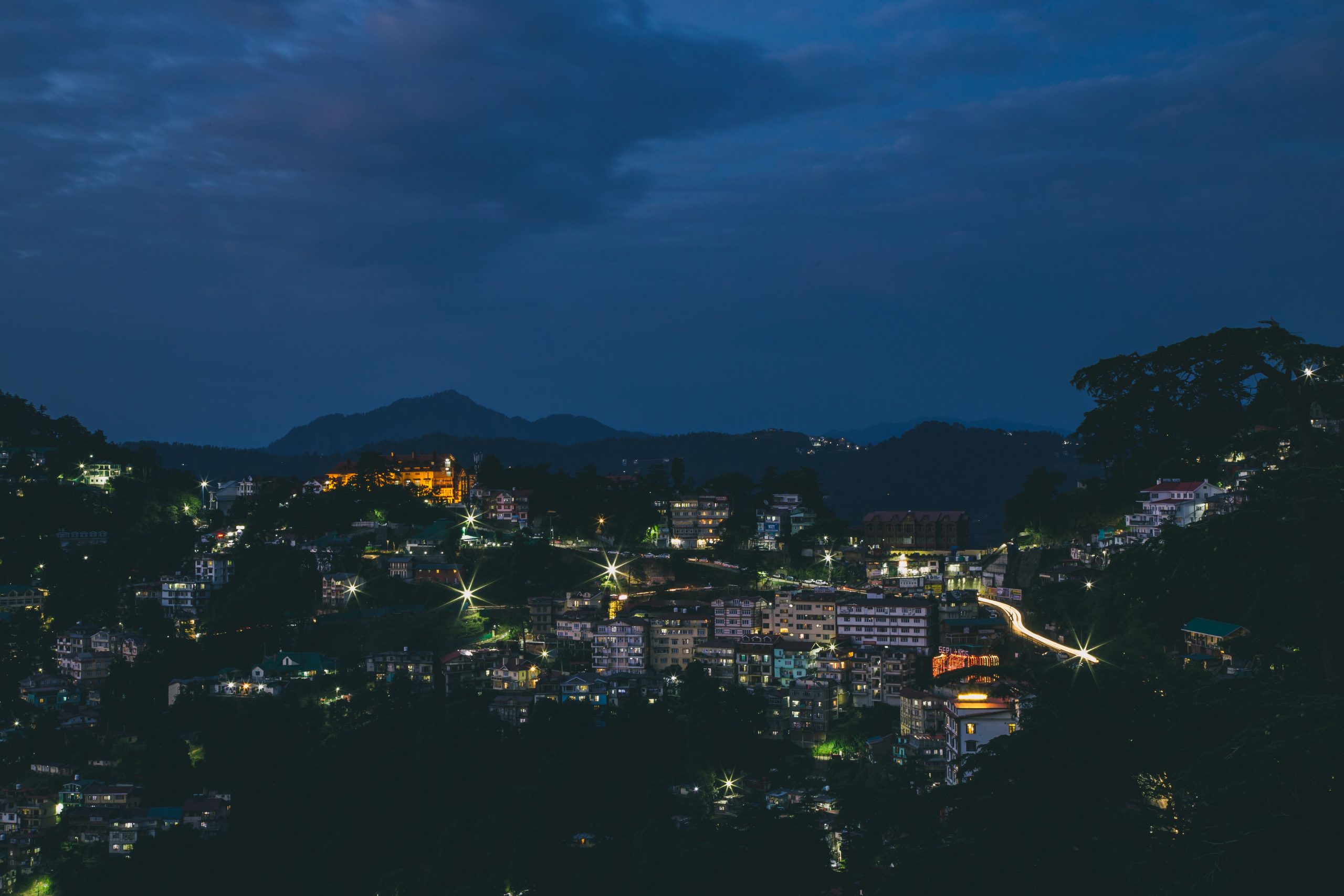 The Ridge is considered the social and the cultural center of Shimla, placed just beside the Mall Road. This is where people unwind. Dotted with cafes, bars and restaurants, the scenic beauty of The Ridge and its surroundings are considered the most synonymous with Shimla as a destination.

For a bird’s-eye view of this beautiful hill city, Jakhoo Hill is the place to visit. The climb up the summit of the hill offers mesmerizing views of the city and on a clear day you could see snow-capped mountains that are as far as 75 kilometers away.

We recommend hiking up the hill from Christ Church, it takes about an hour and is absolutely worth it. If walking is not for you or you cannot hike up for some reason, the aerial ropeway is one option for reaching the summit of the Jakhoo Hill.

The oldest structure in all of Shimla, Jakhoo Temple is home to the world’s largest statue of Lord Hanuman. It’s said that Lord Hanuman rested at the point where the temple stands today. British surveyors in the early 19th century recorded a village and the Jakhoo Temple, long before the plan to develop Shimla came into being.

How Can I Spend 3 Days In Shimla?

Day 2 - Visit the many fascinating places around Shimla. Kufri and Narkanda are highly recommended. If you’re visiting in the winter, make sure that you try your hand at skiing in Kufri!

Day 3 - Nature lovers can spend one day in Chail, a hill station that’s about 46 km away from the bustling city of Shimla, and enjoy the peace and quiet.

How Many Days Should I Spend In Shimla?

You’d need at least 3 days to explore Shimla and the nearby destinations like Kufri, Narkanda and Chail.

Which Is The Best Time To Visit Shimla?

The summer months from March to June are considered the best time to visit Shimla. But if you want to experience snowfall, visit around December to February. The monsoon season is not recommended as there’s a considerable risk of landslides and heavy rainfall, though you’ll get good rates on accommodation.

Is Shimla Better Or Manali?

Shimla can be a bit more crowded and the effects of commercialization is quite evident, while Manali is the quieter of the two. Shimla has beautiful colonial buildings and the major attractions are close to the city itself, and Manali offers you mesmerizing views of the lush landscape. The verdict is that both have their own charm.

How Much Does It Cost To Visit Shimla?

A three-day trip to Shimla may cost you about ₹12-15K. This may vary depending where you’re coming from, your choice of travel, and accommodation.

How Far Is Shimla From Manali?

Shimla is about 237 km away from Manali. The route would take you about 7-8 hours by road. There are buses that ply between the two hill stations, and you can hire cabs as well.

How Far Is Kufri From Shimla?

Kufri is about 15 km away from Shimla.

Is Kufri Worth Visiting?

Kufri is particularly worth visiting during the winter months when the snow-covered slopes turn into an ideal skiing destination. But keep in mind that skiing is a risky sport and the road to Kufri is quite dangerous.

Which Is The Best Area To Stay In Shimla?

Mall Road is arguably the best area to stay in Shimla, as you’ll be close to all the city’s activity. The Ridge is also quite ideal, thanks to the many cafes and bars around. If you’re looking for hotels or homestays, check out Unstumbled’s curated list of the best hotels in Shimla.

Is It Good To Visit Shimla In May?

Yes! You can visit Shimla in May. The pleasant summer weather makes exploring the verdant landscape and forests surrounding Shimla a memorable experience.

Which Is Colder Shimla Or Manali? 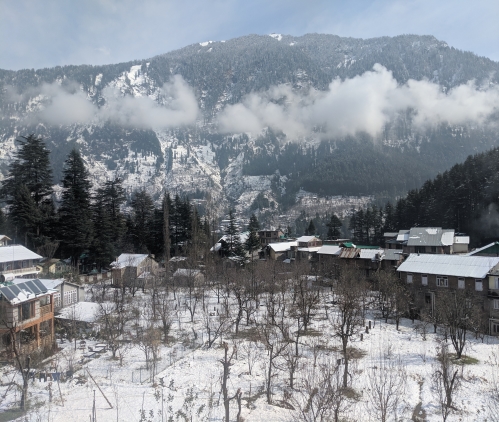 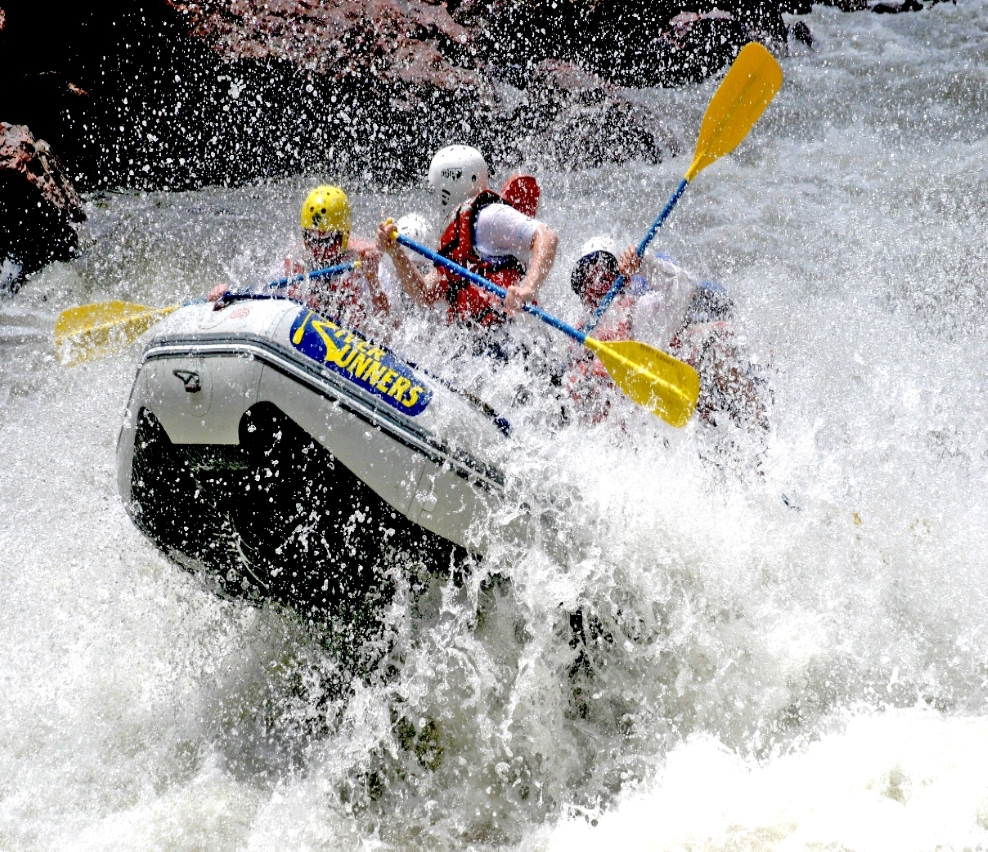 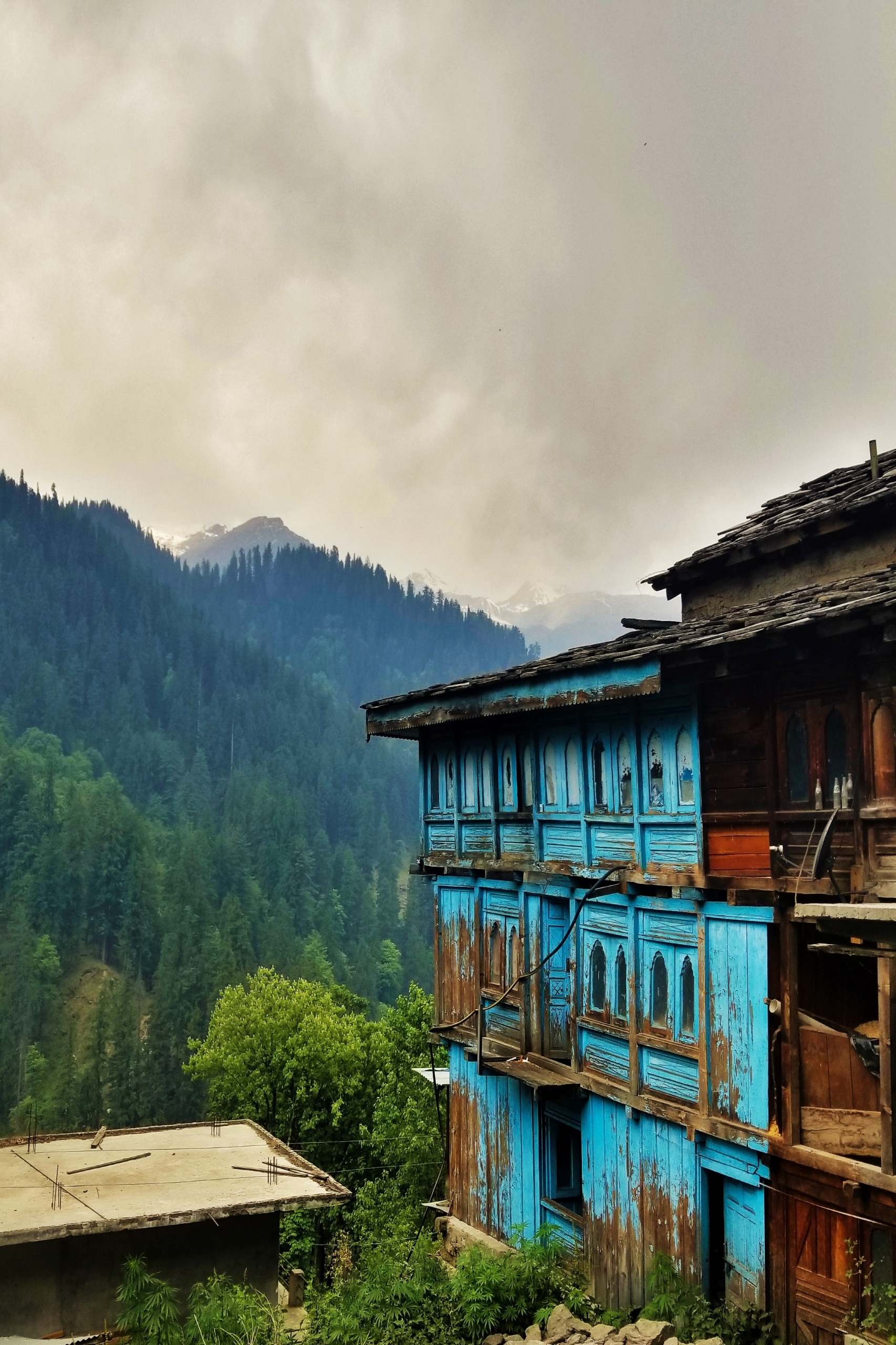 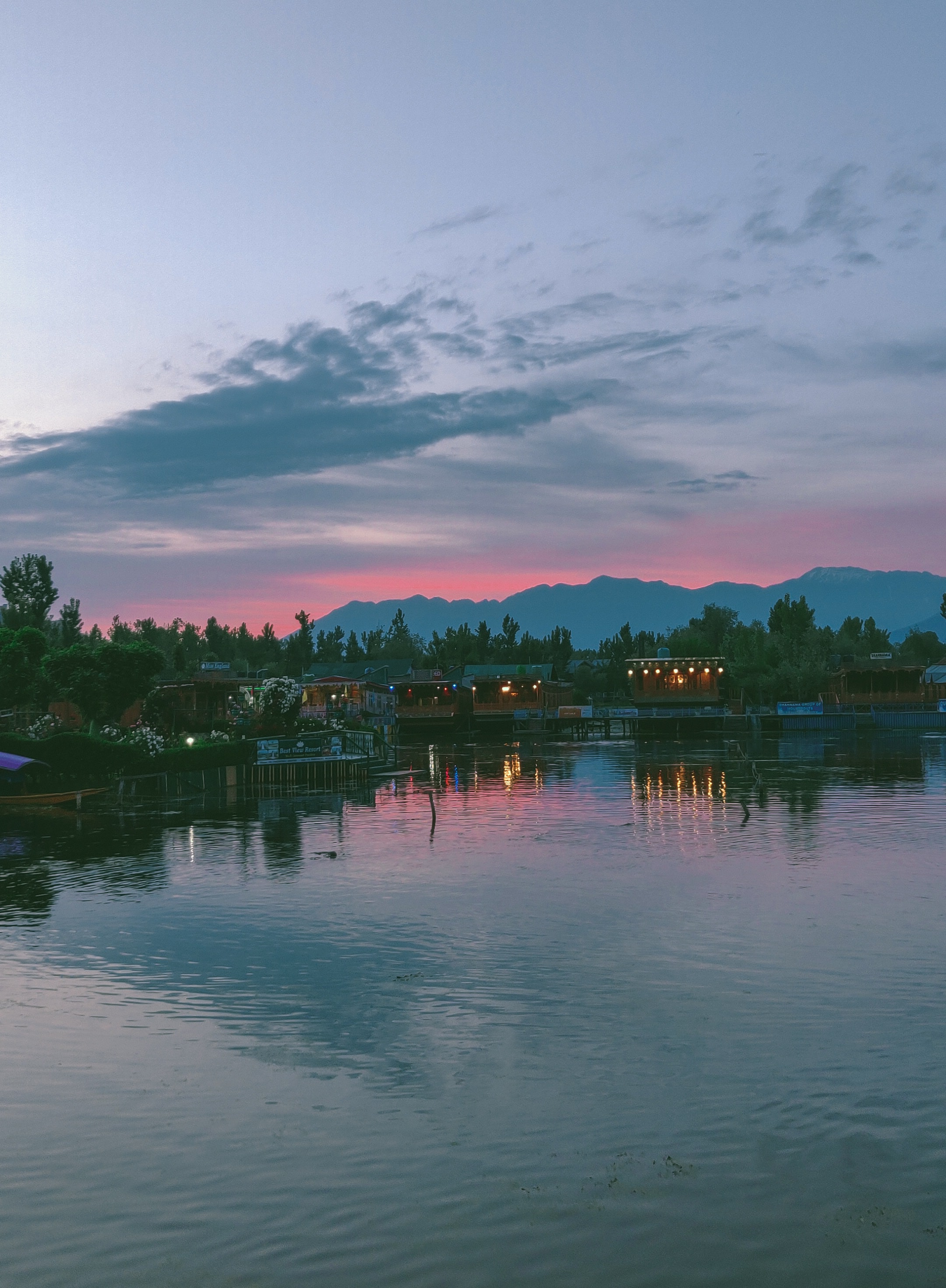