Even in times like this when the access to information on the internet is unlimited, it is hard to believe that Raipur remains an underrated tourist attraction. Seriously? Even after you guys have listened to the song ‘Sasural Genda Phool’ on Youtube multiple times? Yes, the song in Delhi-6 is an adaptation of a folk song from Chhattisgarh.

Raipur is the capital of Chhattisgarh and the general image of the city that you have in mind is of one of India’s largest industrial centers–until today. Today is the day when you find out that Raipur is so much more than just a huge steel market with more than 200 steel mills and six steel plants along with aluminum and coal industries. The city has a number of awesome lakes, museums, national parks, and temples to visit. As soon as you start exploring, you will realize that although there are too many places to cover, it’s never too late to start. Also, Raipur celebrates festivals like few other cities do, with utmost grandeur and elegance.

History And Culture Of Raipur

For those who may not know, till about 22 years ago, Raipur was a part of Madhya Pradesh. It was on November 1, 2000, that Chhattisgarh gained statehood and Raipur was declared its capital. However, the city has a long and interesting history. One of the country’s oldest cities, Raipur came into existence in the 9th century. Whenever you decide to visit the city, don’t forget to check out the southern part of Raipur where you can still find the ruins of the forts.

Even before this, the region was considered to be a part of Southern Kosal that was controlled and administered by the Maurya Kingdom. Later on, King Ramachandra, a descendant of the Kalchuri dynasty is believed to have established and developed the city of Raipur and also named it after his son Brahmdeo Rai. Until the British invaded India and Raipur was conquered by the East India Company in 1854, the city saw a number of disintegrations by the different rulers who were at the helm. After the British took over, Chhattisgarh was formed into a deputy commissionership with its headquarters in Raipur.

The richness in Raipur’s culture and history is out there for everyone to see. The city has its own unique language, folk music, crafts, fairs, food, dresses, etc. The locals are extremely polite and friendly in behavior and the language that they use in their daily lives is Chhattisgarhi. Some of the most popular folk dance routines of Raipur are Sowa, Panthi, Dewar, Raut, and Pandwani. When it comes to festivities, there is a reason behind every celebration, whether it’s the festival of Hareli, Gouri-Giura, Pola, or Teeja. For example, as the name suggests, Hareli is celebrated for greenery where the hard-working farmers worship their farming equipment and their cows. No matter how big or small, the locals in the city like celebrating each festival with great pomp and show.

Also read: Amazing Places To Visit Near Nagpur For A Perfect Holiday

How To Get To Raipur

Getting To Raipur By Air

Just around 15 km from the city center, Swami Vivekananda International Airport is the one that easily connects Raipur to other parts of the world. Also known as Raipur Airport, it’s among the main airports in Chhattisgarh, connecting the state to a number of major cities like Mumbai, Delhi, Chennai, Bengaluru, Pune, Kolkata, Indore, Hyderabad, Kochi, Ahmedabad, Bhopal, etc.

Getting To Raipur By Train

The railway station in Raipur goes by the name of Raipur Junction and is situated on the Howrah-Nagpur-Mumbai line. Hailed as one of the highest revenue-earning railway stations, it is well connected to other parts of the country like Mumbai, Chennai, Delhi, Nagpur, Kolkata, Bengaluru, etc.

Getting To Raipur By Road

The city of Raipur is fortunate to have a number of private and government-based bus services for the people. There are multiple highways as well connecting Raipur to quite a few other cities. One example is the National Highway 26, which goes through Raipur all the way to Vishakhapatnam in Andhra Pradesh.

Best Time To Travel To Raipur

Raipur gets tourists all year long. But since it is located in the central region of the country, the absolute best time of the year to visit the city is during the winter months. The winter season usually starts in November, lasts till February, and the weather is just perfect to roam around freely without having to worry about the sun. The temperature varies from 12°C at night to around 22°C during the day.

The city experiences extreme weather in summers from March to July as the temperature ranges from 22°C to as high as 46°C. It might not be the best idea to visit Raipur for sightseeing during this period. The city gets a breather from the scorching heat and its fair share of rainfall from July to October. If you are someone who enjoys the monsoons, you can visit Raipur even in the above-mentioned time period.

Public bus services like Raipur City Bus Limited (RCBL), the Raipur Municipal Corporation, and the Raipur Nagar Nigam Transport Limited (RNNTL) make the commuters’ lives easier in Raipur. Also, after the development of Naya Raipur, a bus rapid transit called the Raipur-Naya Raipur BRTS has been established. This makes traveling for locals a lot more efficient as it connects many popular spots in the city with each other.

Apart from the magnificent bus service, the auto-rickshaw service is the most efficient way to get from one point to another. Both the options of private and shared autos are available. You can save quite a few bucks if you share the auto with others. But if you choose to take a private rickshaw, just make sure to enquire about the local prices so that you don’t get scammed!

A number of private cab service providers are also readily available in Raipur. Whether you are commuting within the city or going for a longer distance to a surrounding area, you can always opt for the cab service.

“Raipur is mainly an industrial powerhouse and a business hub, and does not offer a lot to tourists.”

After reading everything above, we are pretty sure that you would now have a different and a more informed view of the beautiful city of Rapir. While the city is definitely a business hub, there is also no dearth of options for any kind of tourists. You will be satisfied with your holiday experience. If you aren’t sure of which places to check out, keep reading to know just more about that!

There is a reason why we are mentioning Swami Vivekananda Sarovar or the Buddha Talab before anything else. One of the highlights of Raipur, it is a must-visit place for anyone traveling to Chhattisgarh. You will experience infinite peace in the unbelievably quiet surroundings and the mesmerizing views will just add to it. Swami Vivekananda is believed to have stayed close to the lake and meditated on its banks and as a tribute, his statue was built on the lake a few years ago. The lake offers you the option of boating as well. Apart from the beautiful lake and the grand statue, there is a brilliantly-maintained park with tall trees, flowers, and fountains.

The Urja Park or the Solar Energy Park is something that you might not have seen or heard of. Let us paint the picture for you. Imagine the most stunning of lush green gardens. No,  don’t stop there. Throw in a plethora of beautiful flowers, an artificial lake with the option of boating, a musical fountain, and some toy cars and there you have it - Raipur’s Urja Park.

Set up by the Chhattisgarh Renewable Development Agency (CRDA), the purpose of this park is to educate and raise awareness about the various forms of renewable energy sources and energy-saving. So the boats and the toy cars that we just talked about are not the regular toys for kids. The roofs of the cars and the boats are made of solar cells that charge the batteries of their motors. Sounds exciting, right?

One of the oldest museums in India, the Mahant Ghasi Das Museum is one place that can hypnotize you and have your attention for as long as you’re there. Even if you are not a fan of history and archaeology, you will be blown away by the exhibition hat you will see. Giving you a peek into the rich heritage of Chhattisgarh, the museum displays sculptures, artifacts, ancient coins, weapons, carvings, inscriptions, musical instruments, swords, guns, etc. Also, there is an amazing library if you would like to totally lose yourself.

Is Transportation Available In Raipur?

Is Raipur A Safe City?

Yes, Raipur is one of the safest cities in the country. According to Numbeo.com, while India stands at 55.39 in the safety index, Raipur is way ahead at 70.02 (a number closer to 100 denotes higher safety).

What Language Is Mainly Spoken In Raipur?

The locals in Raipur speak two languages mostly - Chhattisgarhi and Hindi. However, there are a few dialects in use by local tribes as well. Some of the dialects are Bhunjia, Gondi, and Halbi.

What Is The Famous Dish Of Raipur?

The city is famous for its street food. While most of the dishes are widely available throughout the country like samosa, jalebi, gol gappe, chaat, dhokla, etc, Raipur has its own special style of preparing these items.

What Are The Best Tourist Attractions In Raipur?

Is Raipur The Capital Of A State?

Yes. The city of Raipur is the capital of the state of Chhattisgarh.

What Is Famous In Raipur?

What Is The Famous Clothing In Chhattisgarh?

Ramayana Sarees and Kosa Silk Sarees are specialties in Chhattisgarh. 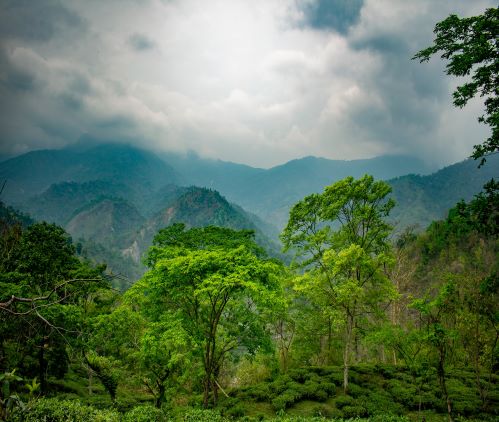 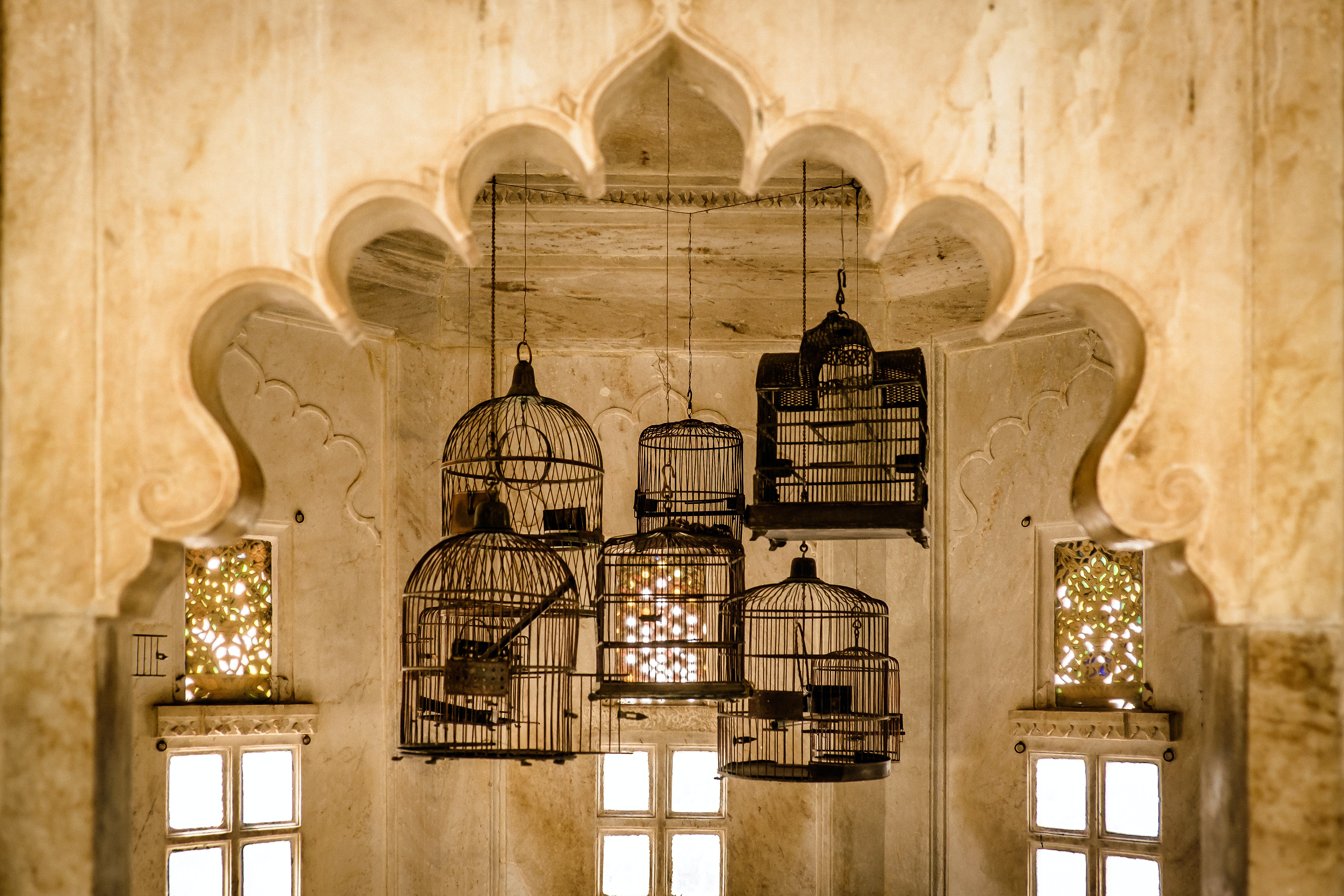 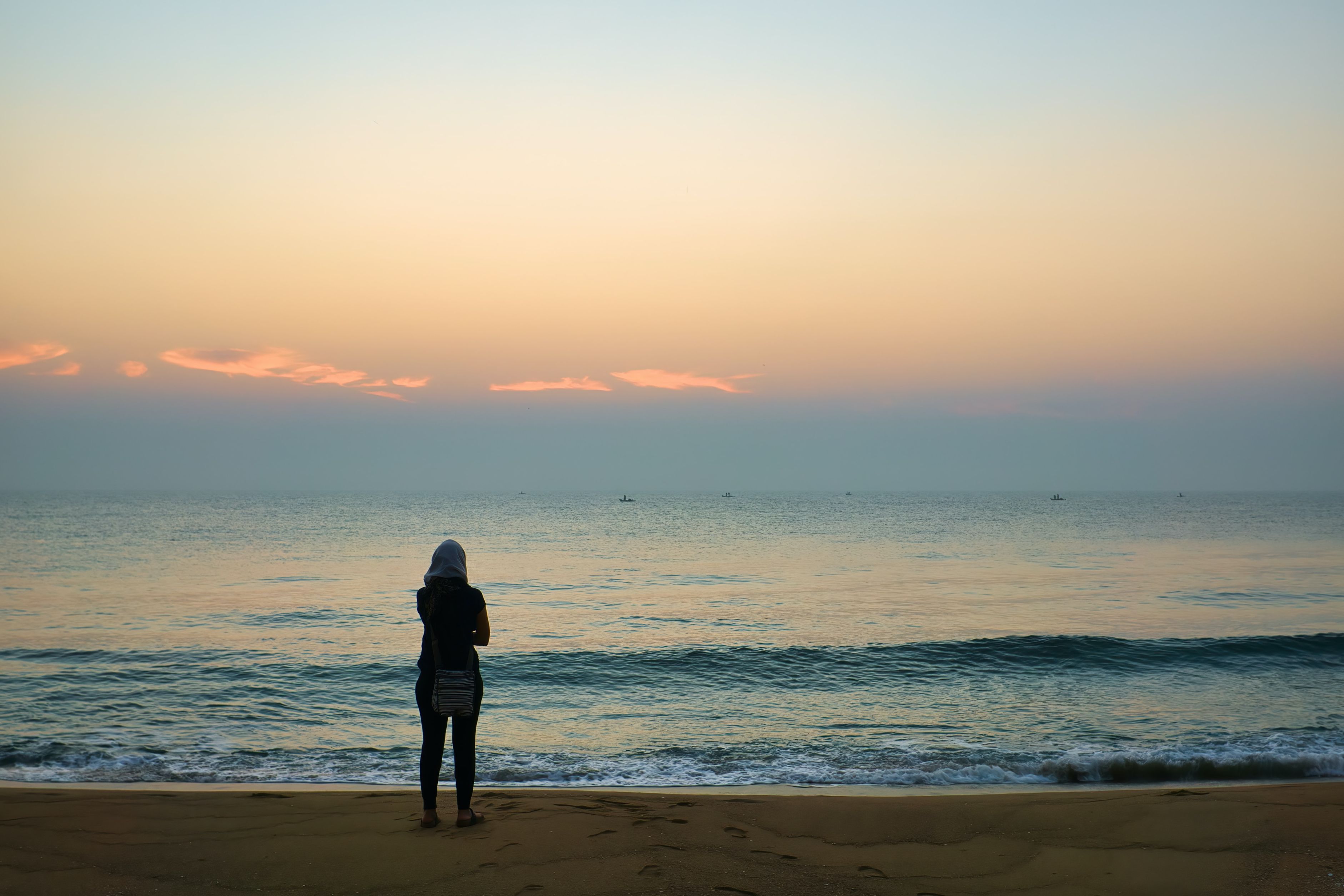 6 Of The Best Offbeat Beaches In India 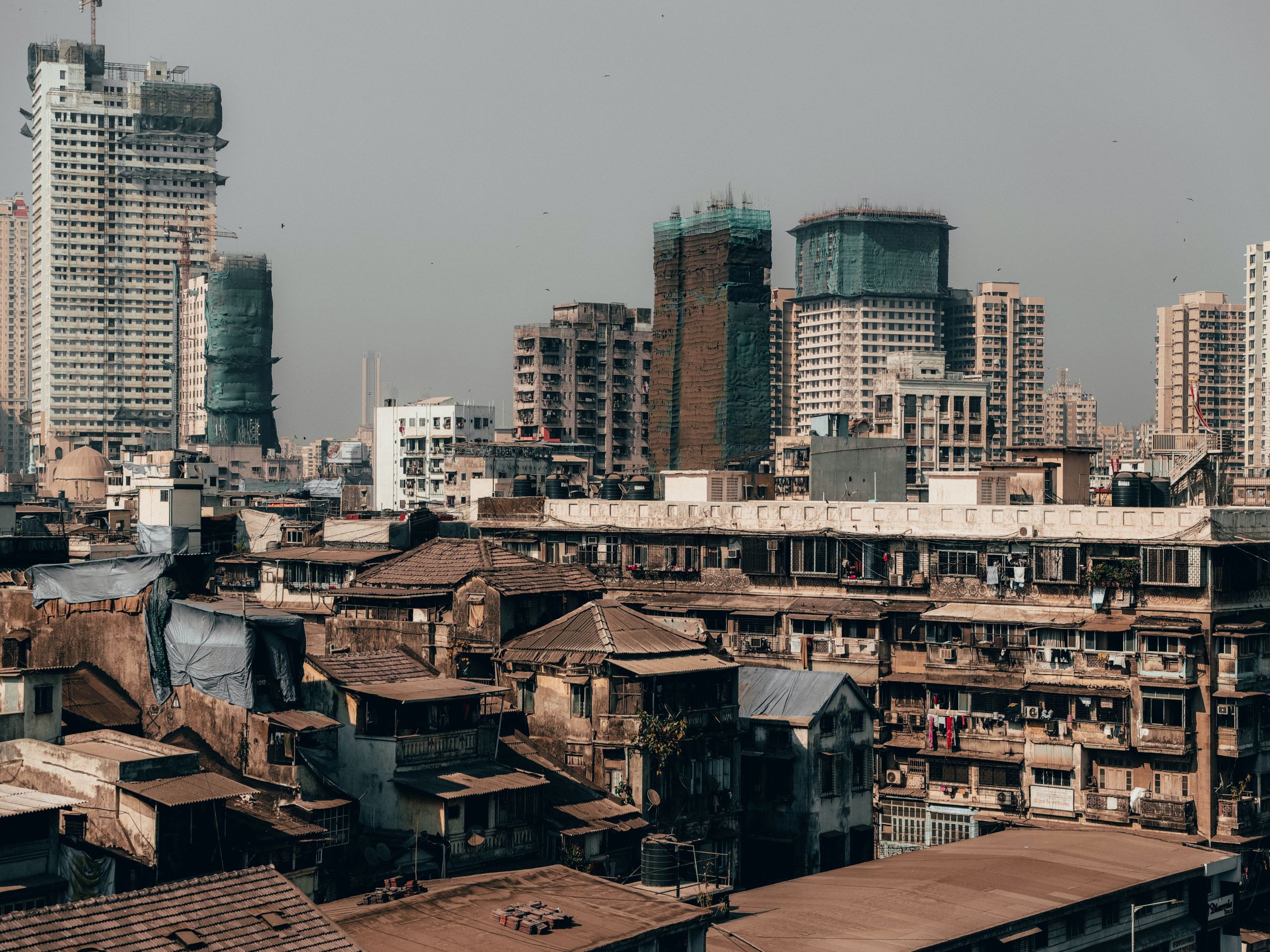 Experiencing The Offbeat Sunrise And Sunset Spots In Mumbai