Are you running low on energy? If so, then maybe it's time to take that much-needed trip to the bubbly state of Punjab. Not only is the state filled with warm and high-spirited people, but it also boasts of a vibrant culture.

The state is known for its folk dance Bhangra, Punjabi pop music, flavorsome cuisines, and is the gorgeous backdrop of many Bollywood movies. To give you all the support you need to explore the place we have the ultimate Punjab Travel Guide just for you!

History And Culture Of Punjab

Beginning with its name itself, Punjab has a rich history. It gets its name from the word “Panj” meaning five and “Aab” meaning water, based on the fact that it houses five rivers. And, that is why it is called the “Land of five rivers”. The Punjab we get to see now is a melting pot of various tribes and civilizations dating back to over hundreds of years. From the migration of the Aryan dynasty to the rise of the Sikh community, this state has witnessed it all. And, the tall standing monuments are ever ready to narrate these ancient tales to you. 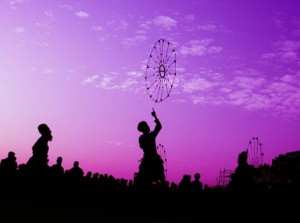 Not just a long history, Punjab also possesses a rich cultural heritage. The traditional attire, the energetic folk dance, and the mouth-watering Punjabi delicacies give a sneak peek into the traditions of Punjab. And the best way to get a glimpse of the culture of dance and food is by attending a Punjabi wedding or any festive occasion like Lohri (celebrated in January). But, in all honesty, you don’t have to wait for any occasion because you can get a taste of the culture through the mouth-watering food! You must try the yummy parathas loaded with butter, makki di roti, and sarson da saag, or a large glass of chilled lassi. Dive in and relish the Punjabi culture in every bite you take.

How To Get To Punjab

Getting To Punjab By Air

If you’re planning to get to Punjab via flight, then you can either land at Ludhiana, Amritsar, or Chandigarh. Amritsar airport is an international airport and the other two are domestic airports connecting to all major cities of India.

Getting To Punjab By Rail

The rail network of Punjab is widespread and well-connected. But, the four main train stations connecting well with other major metropolitan cities are:

Getting To Punjab By Road

If you want to take a scenic route to reach Punjab and enjoy the local food served at the roadside dhabas, then a road trip would be a great choice. Roads connecting to the state of Punjab are all well developed and connect to various parts of the country. The NH 1 or Grand Trunk Road, connect Punjab to both Northern and Eastern parts of India. You could also take buses to Punjab from neighboring cities like Haryana, Delhi, Himachal, Uttar Pradesh, and Rajasthan.

Also read: 9 Things To Do In Punjab For A Memorable Trip

Best Time To Travel To Punjab

Favorable weather plays an important role in a trip being successful. Going by this rule, the best time for you to visit Punjab is during the winter season. This is between the months of October and March when the temperature could drop as low as about 10°C. So, don’t forget to carry all your warm clothes along with you for a smooth trip and sightseeing. And, if you’re in Punjab around the month of January, you can even catch the extravagant Lohri celebrations.

Between April to June, you will find the weather conditions hot with temperatures reaching 40°C on the hottest days. The state sees the most amount of rainfall between the months of July and August so if you’re not comfortable with the rains, you can avoid traveling during this time.

Walking through the streets of Punjab, you’ll always find a cheerful vibe. To add to its beauty are the five rivers of Ravi, Chenab, Jhelum, Satluj, and Beas. Not only do they accessorize the state but also make its soil fertile. And, that’s exactly why you’ll see the lush green fields of wheat, maize, and mustard on the side of the roads.

Apart from its natural beauty, Punjab also has some man-made gems like the Golden temple. But, all these attractions are spread apart from each other. So, the best way to travel within Punjab and get some sightseeing done is by getting taxis, autos, cycle-rickshaws, and buses. If you want to get a closer look at the lives of the locals, you can also take the local trains.

Offering a perfect blend of traditional and contemporary Punjab is the first planned city of India, Chandigarh. Being the state’s capital, Chandigarh is one of the main cities to make it to the list of the top cities in Punjab. Owning the title of being the cleanest city in India, Chandigarh is all set to welcome you with its lovely surroundings and warm people.

Not only is it known for its delicious food and pop culture, but also the variety of touristy places. Some of the popular tourist attractions in Chandigarh are Sukhna lake, Rock garden, Pinjore garden, and the UNESCO World Heritage Site of Capitol Complex. Though these places are not so close to one another, you can easily access them with the help of convenient local transportation.

Coming to the city of Amritsar houses the heart of the Sikhs, the Golden Temple. Dotted with many Gurudwaras and temples, this city would make you feel closer to the cultural roots of Punjab. Not only is the city culturally rich but also narrates many stories from history. Remember the history class where you learned of the tragic Jallianwala Bagh massacre? Amritsar is where that historical incident took place, so visiting this place has to be on the itinerary.

The narrow lanes or gallis of Amritsar are always lined with colorful shops selling suits and suit materials, accessories, and the much talked of Amritsari jutis. And, not to forget the finger-licking cuisines the cities are known for like butter chicken, Amritsari kulchas, tandoori luchas, chole, tandoori chicken, and kulfas. You can also spend an evening at the Wagah Border, which is in close proximity to Amritsar to witness the glorious parade, with the sun setting in the background.

One of the top cities in Punjab to come with a rich historical past is Pathankot. Not only does it share its borders with Pakistan, but is also a city that makes Punjab a friendly neighbor of states like Jammu & Kashmir and Himachal Pradesh. If you’re thinking of Pathankot as a dull place filled with only historical monuments, you’re wrong. The lush greenery and the serene views it offers especially during the monsoon season are commendable!

With an excellent railway network, Pathankot is also a hotspot to access cities like Dalhousie, Manali, Kangra, and others. Other than being the main hub for transportation, it is also known for its weaving industry and beautiful temples like Mukteshwar. If you get a chance to celebrate Baisakhi or Lohri at Pathankot, then you will indeed be taking home a buzzing memory for life.

Ludhiana gets its name after the Lodhi dynasty, and the existing ruins of the time are waiting to boast the tales of the past. Apart from a fascinating past, the city also has an amazing present. Ludhiana is the best place to learn about the local culture of Punjab. And, to give you a sneak peek into the lives of the locals, they have a museum called the Museum of Rural Life.

Known for its hosiery industry, it is also the manufacturing hub of India. All in all, Ludhiana has a little bit of everything from ancient forts and museums to modern restaurants and amusement parks. Getting your kids to Ludhiana would not just help them learn more about India's culture and history, but also have a fun ride at its lively theme parks.

If you’re looking to see the right blend of old and new Punjab, then Jalandhar would be the ideal place. Being the largest producer of leather goods in the world, it is one of the top industrial cities in India. Not only is this city a key exporter of sports goods, but also one that has given the country many talented sports personalities. And, that is exactly why it is called the sports capital of India.

Apart from its booming economy, Jalandhar is also home to many temples and other tourist attractions. You can plan a trip here to seek blessings from the many religious shrines, and also spend some quality time with your family at the amusement parks here. Also, spare some time to get some street shopping done.

How Many Days Is Enough For Punjab?

To soak in the perky vibe of the city and learn about its history and culture you might want to consider staying in Punjab for at least 4 to 5 days.

Is Punjab Safe For Tourists?

Yes. Punjab is one of the safest places for tourists. However, it's always better to keep an eye on any kind of danger. Take precautions like locking your bags, and keeping your belongings safe like you would while exploring any other destination.

What Is The Best Time To Visit Punjab?

The best time to visit Punjab is during the winter. During this time the temperatures can drop to as low as 10°C but would be a great time for sightseeing. And, during the month of January, you can also get to celebrate the festival of Lohri with the locals.

What Is Famous In Punjab For Shopping?

Punjabi suits, jutis, hosiery, dupatta, dry fruits, pickles, and sweets like soot ke laddoo, are some of the items to be on your shopping list in Punjab.

What Is Punjab Famous For?

Punjab is known for Sikhism, and so you’ll find many Gurudwaras and temples all over the state. Other than a rich culture, it also has vast history thanks to its brave fighters and saints.

What Can I Bring Back From Amritsar?

Amritsar is known for its jutis, suits, and accessories. You can get a kara (iron bracelet), parandi (a hair accessory), shawls, handicrafts, and papad warian (a snack).

What Food Is Eaten In Punjab?

Parathas, makai di roti and sarson da saag, and lassi are some of the dishes we all have heard of. Other than these, dal makhani, shakkar para, chole bhature, and butter chicken are some of the items eaten in Punjab.

Can We Visit Golden Temple At Night?

Yes. The Golden temple is open for 24 hours, so you go ahead and seek your blessings anytime. 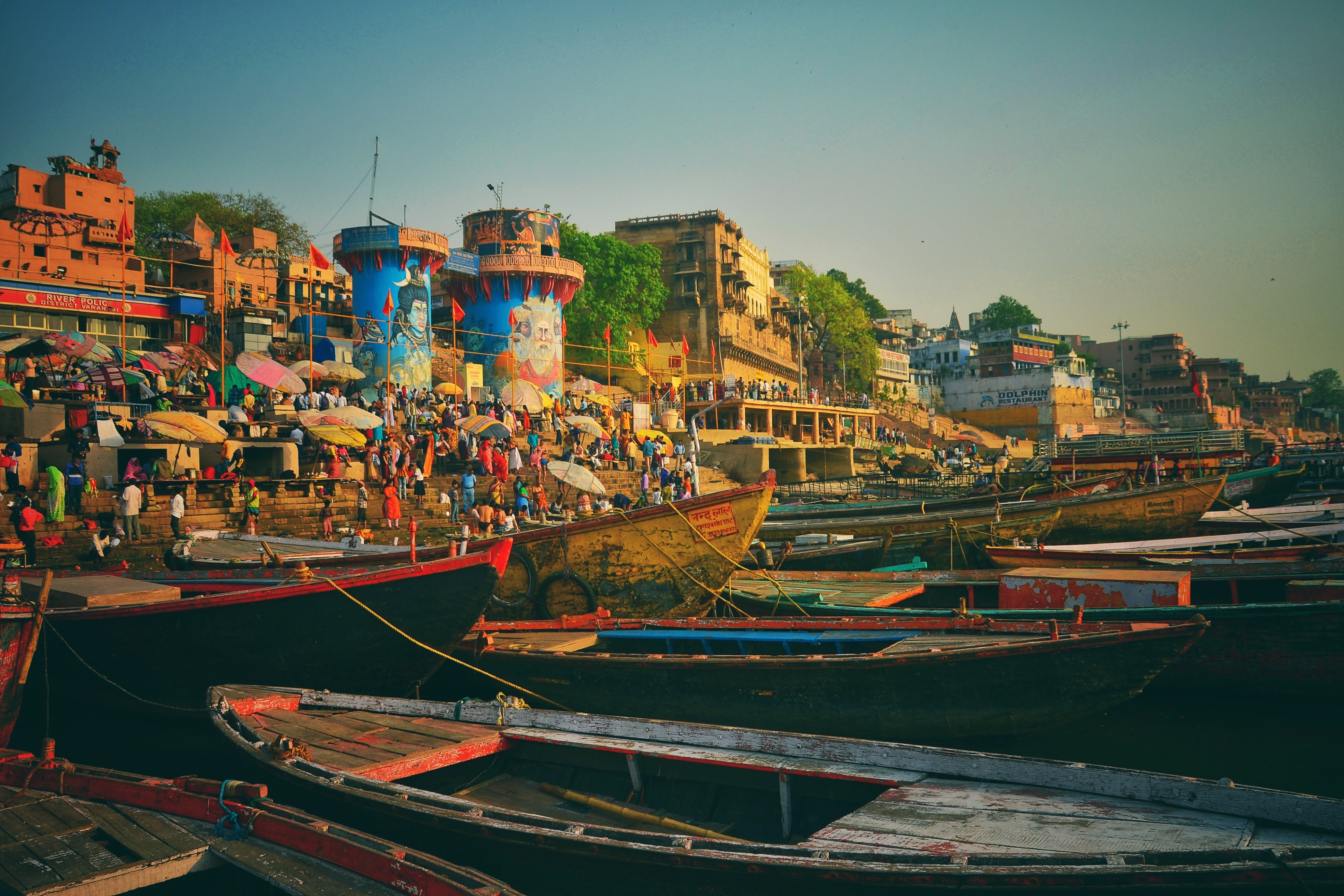 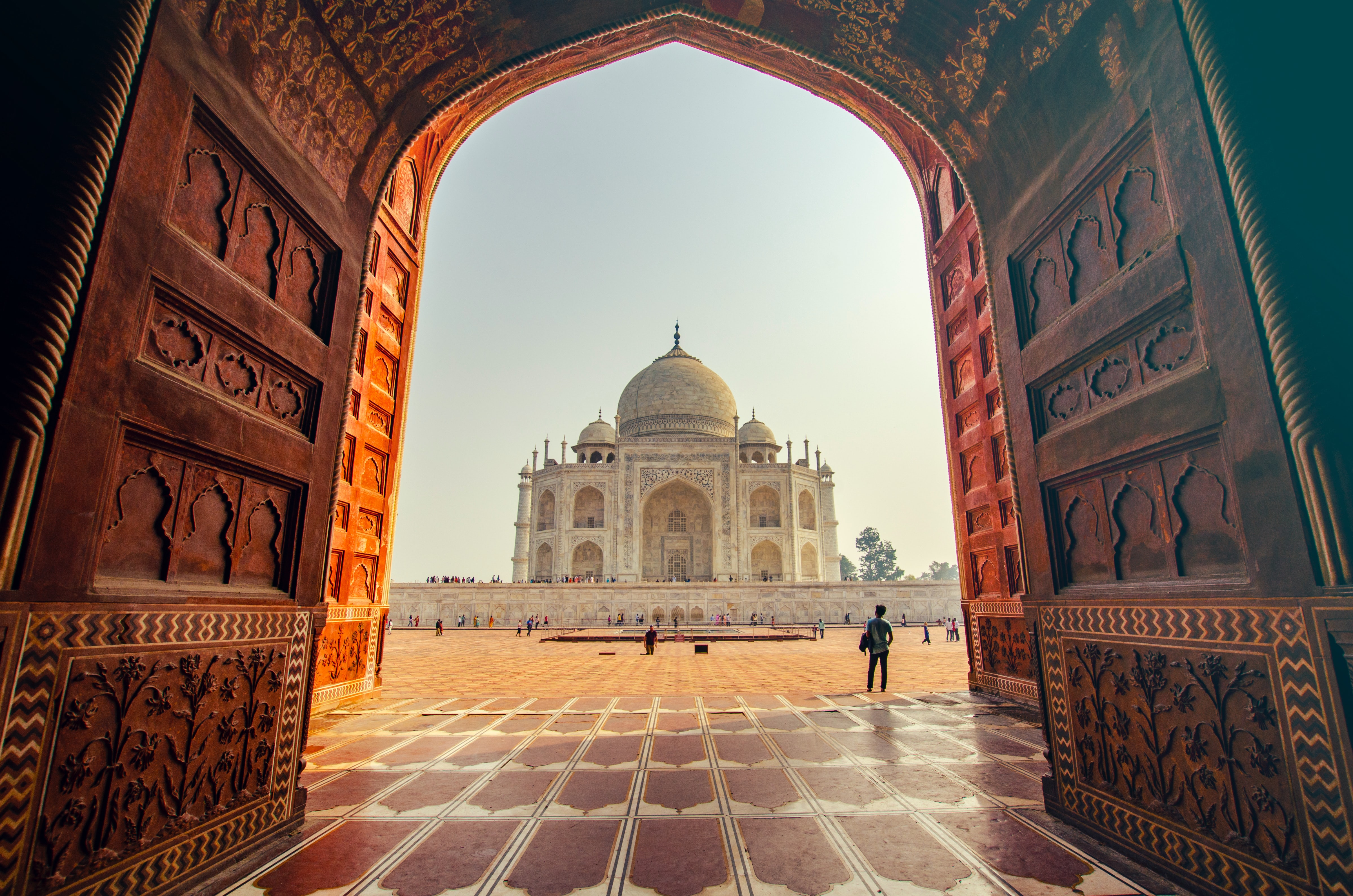 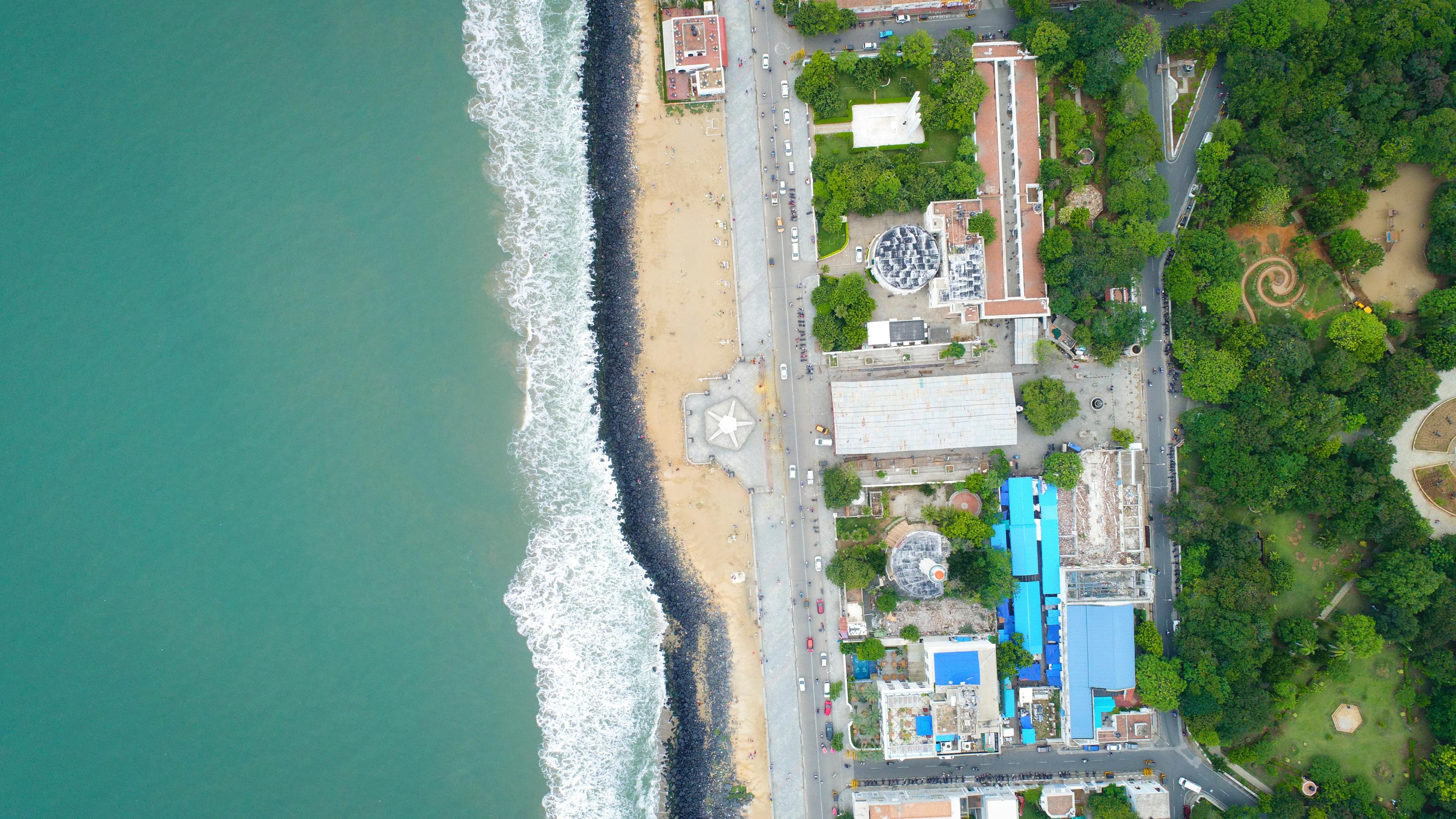 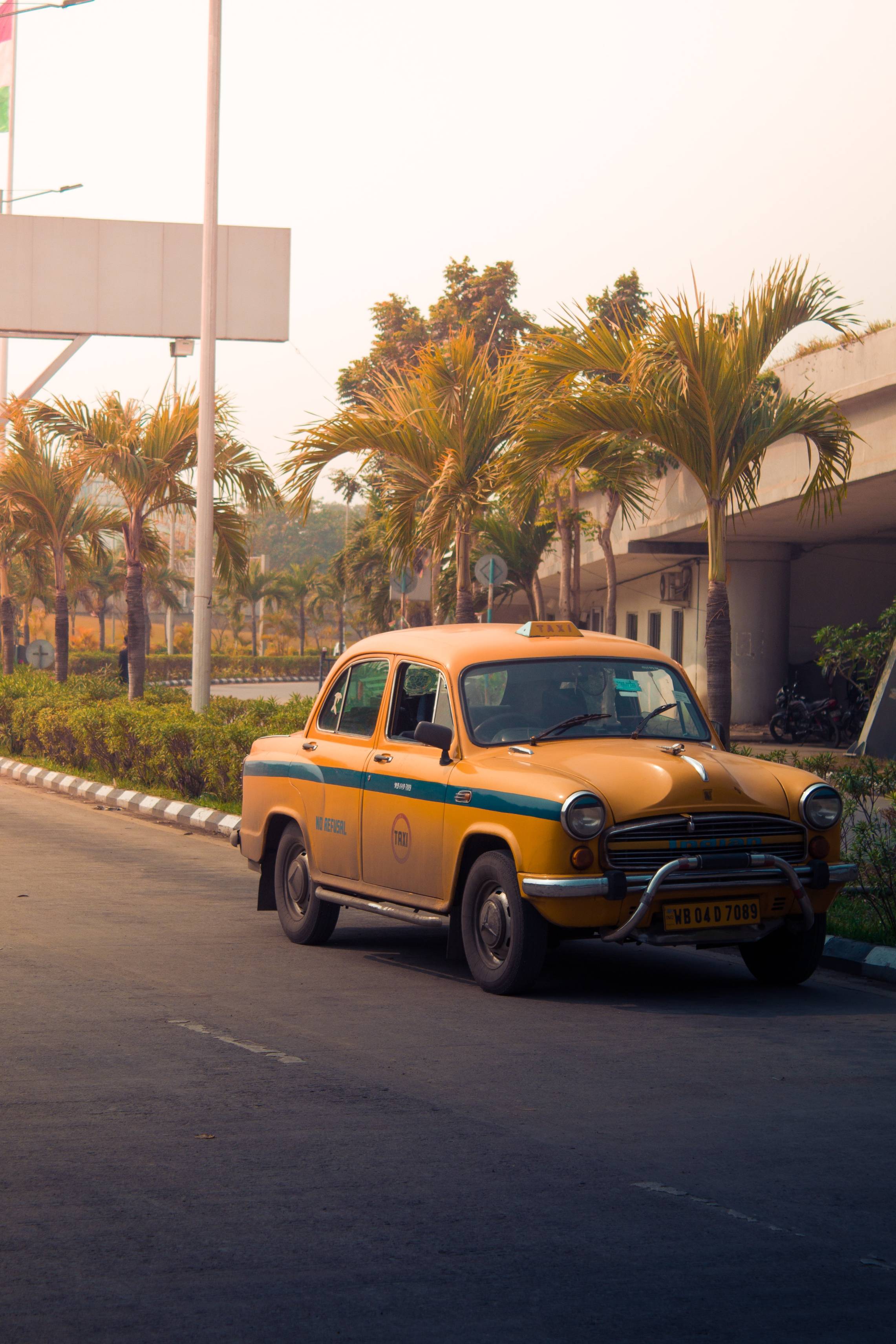 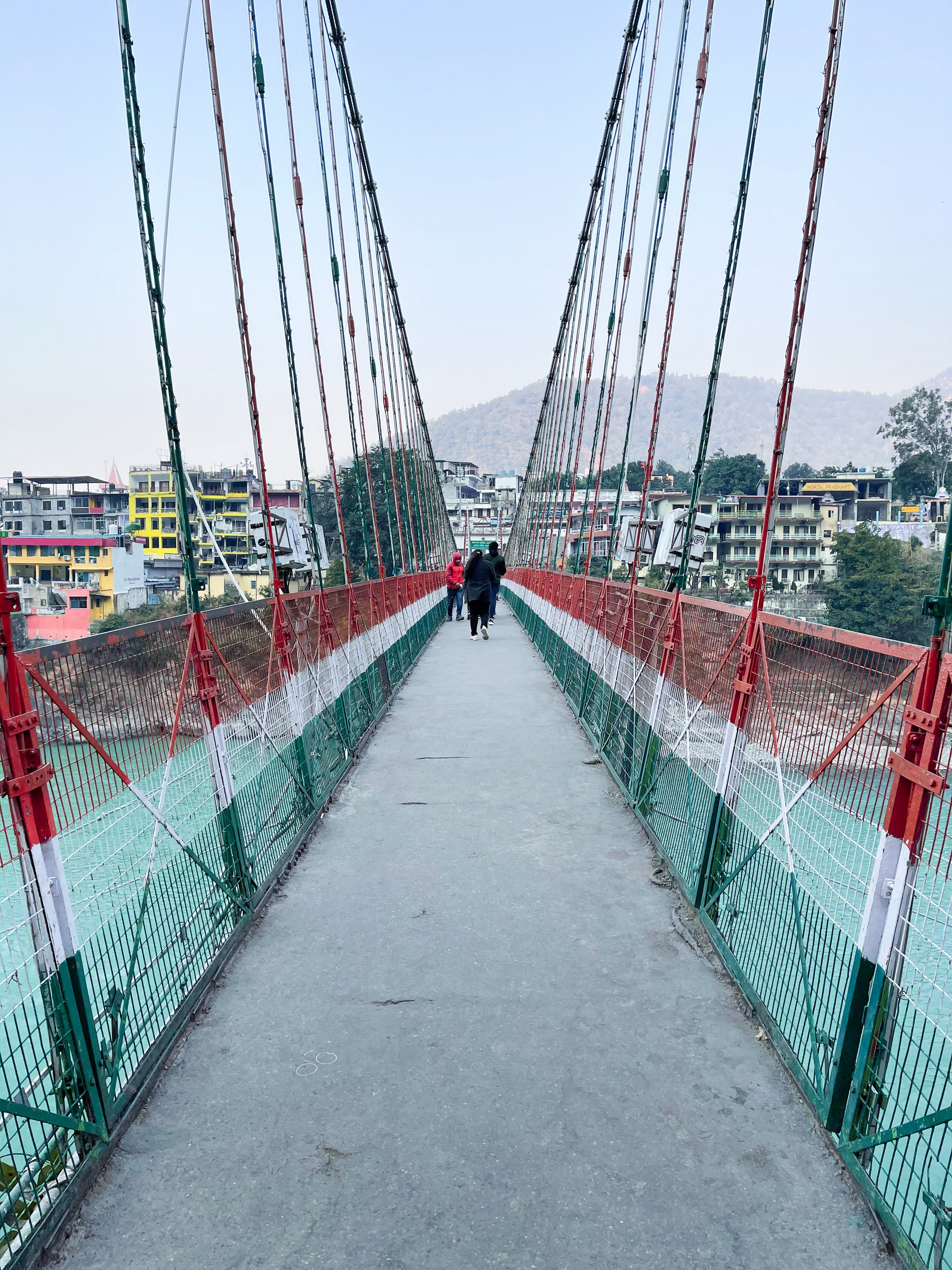