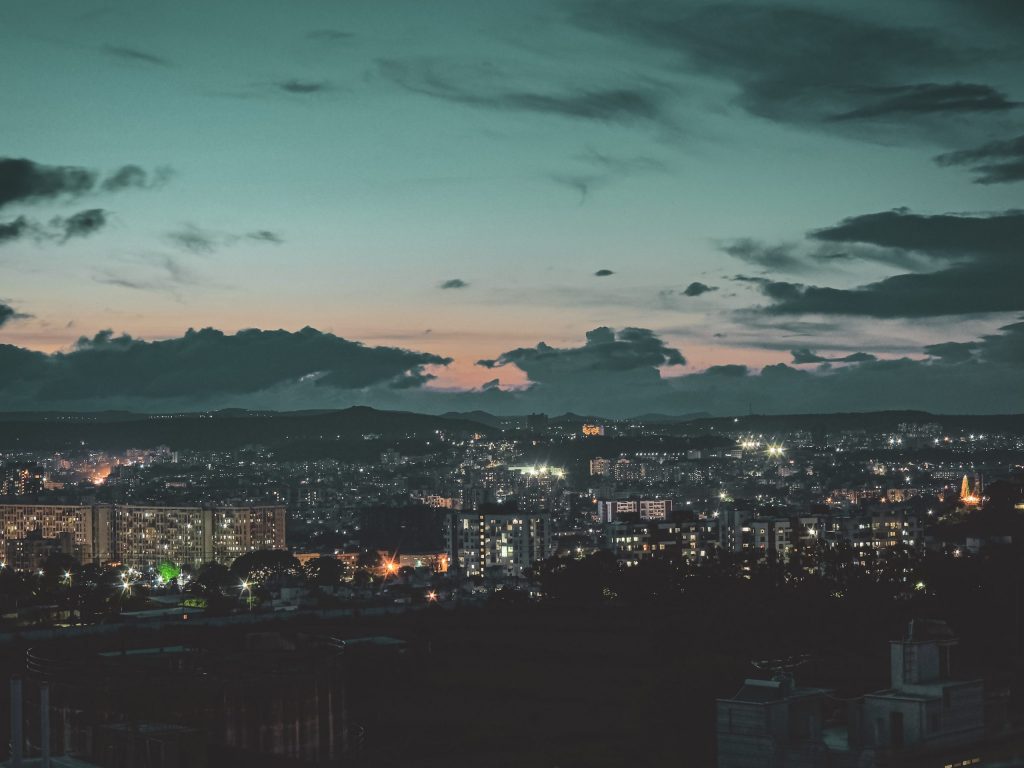 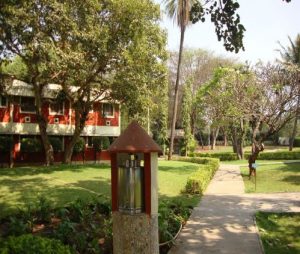 Pune has a rich history with a lot of rulers reigning over it. Consequently, the city went through a series of name changes before officially becoming “Pune.” What’s in a name? Juliet would say, but apparently, it has a lot to do with this city. The Rashtrakuta Dynasty had coins emblemed with the name “Punya-Vishaya'' during its rule in 937 CE. The name means “holy land” and that meaning is the only thing that sticks through all of Pune’s derivations. It was renamed Punawadi, then Punapur, then Kasbe Pune, and then finally to just Pune after 1857.

You can imagine the historic value this city holds. From daunting forts to intrinsic temples, this city can pique the interests of those interested in our culture. And if you’re planning to visit this city for all those reasons, then don’t worry, we’ve got you covered. Read our Pune travel guide to know more.

Also read: 7 Things To Do In Pune For An Awesome Holiday

History And Culture Of Pune

Pune had many rulers before. It was said that Pune was once home to an agricultural settlement called Punnaka. This area was ruled by the Rashtrakuta dynasty sometime around the 9th century, and it was when the Pataleshwar temple grounds were constructed. After that period, the Maratha empire took over. Chhatrapati Shivaji Maharaj, one of India’s prominent rulers of the Maratha empire, spent most of his childhood at the Lal Mahal in Pune. While exploring the city, you’ll know that this Maratha ruler went on to perform many great things for his people.

After that, the Peshwa rule happened when Baji Rao I was elected as head of the Maratha Empire and ended when Baji Rao II was defeated by the British forces. Well, that’s enough of a history lesson for now. Although the past is important, what really matters is the present. Currently, Pune is known as one of India’s most livable cities and is one of India’s major IT tech hubs. The theater and arts are a big part of Pune’s culture. Since the Marathi community is extensive due to the immense Maratha rule, many dramas depicting the life of Shivaji and other historic events are performed. Bharat Natya Mandir, Yashwantrao Chavan Natya Gruha, and Sudarshan Rangmanch are just some of the many theaters that are in Pune. Concerning music, the Sawai Gandharva Sangeet Mahotsav is one of India’s most prestigious classical music festivals, and it’s held every year in Pune, usually between December and February. The works of  Sawai Gandharva, a prominent Hindustani classical musician, are honored and performed on this day.

Also read: 5 Of The Best Luxury Hotels In Pune

How To Get To Pune

Pune is convenient to reach by air. Nearly all the major airlines such as Air India, IndiGo, SpiceJet, etc. fly to the Pune International Airport, also known as the Lohegaon Airport. This airport is located just around 15 km from Pune City, and you can easily get to the place by booking a cab.

Pune has an extensive network of rail lines going to and fro. They touch nearly every major city in India, so you don't have to worry about not getting one from whichever part of India you live in. The Pune Railway Station has tons of amenities such as a waiting room, wifi, and a separate waiting room, especially for women.

Three main national highways connect Pune (NH 4, NH 9, and NH 50). They’re linked to nearly all the major cities and you can easily commute by bus or by car. If you choose the former, you’ll be dropped at any of the three bus stations in Pune: Pune Station, Shivaji Nagar, and Swargate.

Best Time To Travel To Pune

Winters are a great time to visit Pune. The average daytime temperature is around 27°C, making it perfect for sightseeing or enjoying street food. Nights during winters in Pune can get a bit chilly as temperatures sometimes drop below 8°C. So, you might want to carry a thick jacket or inner thermals in your luggage. Summers see temperatures above 40°C and they can get harsh. Heatwaves are often seen during this time, so as far as possible, refrain from visiting Pune in the summer. The city also experiences moderate rainfall during the monsoons, which might not be very travel conducive. So, if you wish to enjoy the best of the city, visiting Pune in winter would be a good choice.

Also read: 9 Of The Best Bars And Pubs In Pune To Have A Good Time

Buses in Pune are mainly run by the PMPML (Pune Mahanagar Parivahan Mahamandal Ltd). They have an extensive network that connects all parts of the city. Currently, the PMPML has approximately 150 electric buses, which means Pune has taken crucial steps to reduce its carbon footprint. While the fares for e-buses are a bit higher, for the normal ones, fares usually start at INR 5 for 2 km.

Three-wheeled rickshaws are scattered all over this metropolis. It’s cheap, efficient, and useful if you want to get around the market or travel short distances. However, ensure that they charge by the meter so that they don't quote their own price and fleece you. You will find prepaid taxi stands at every nook and corner of the city. But, nowadays with a tap of a button, you can book online cab services, making cab travel efficient and convenient. Ola and Uber are two such apps that you should install if you prefer to travel by cab.

“The local people of Pune are egoistic”

This is totally untrue. Punekars are completely proud of their heritage and culture. Dig a bit deeper in the archives and look at the number of heroes that have made Pune the city it is today. And it’s totally okay to be proud of one’s roots and heritage. The ego part is just misconstrued by many.

This place will take you through a historic wormhole as it has many stories to tell. Constructed somewhere in the 16th century, this historic location is situated near Shaniwar Wada. This landmark was first renovated by Shivaji Maharaj’s father, Shahaji Bhosle so that his family has an abode.

Even when you stand at the entrance of this great monument, you’ll feel a sense of royalty and pride running in your veins. It’s bound to happen since this place has seen the growing up of warriors and the many battles for power over empires by the Peshwa rulers. Once you’ve enamored the beauty of the monument, you can lie in green pastures in the surrounding garden.

If you want a bit of devotion in your vacation, then visit the Dagdusheth Halwai Ganpati Temple. The temple witnesses celebrations of many major festivals, as many aartis and pujas are conducted in this place. The Ganesh statue that graces the halls is 2 meters long, with around 40 kilos of gold adorning the idol. From politicians to celebrities, to sports stars, everyone comes to take part in the many rituals that happen daily. If you’re lucky, you might spot one of your favorite Bollywood stars in the bustling crowd! This list surely deserves a special mention of a fort, and no better example exhibits Pune’s deep war history than the Shivneri Fort. Known as the birthplace and the training ground of Chhatrapati Shivaji Maharaj, many visitors are drawn to this place to breathe in a bit of Indian culture. The surrounding area on top of the fort is a perfect picnic spot if you want to spend time with family or friends. Getting to the fort requires a bit of trekking and so, you need firm footwear if you want to visit this place.

Also read: 6 Of The Best Forts In Pune That You Must Visit

Why Is Pune Called Queen Of Deccan?

During Pune’s earlier days, its surroundings were much greener and that gave a hill station vibe to the place. Along with that, the place has a deep political, social, and historical standpoint. As a result, Pune has earned the sobriquet Queen Of Deccan as one of its many nicknames.

Is There Any Beach In Pune?

Pune unfortunately doesn’t have any beaches. But, if you feel the need for some vitamin sea, then there are many beaches near Pune. Maharashtra is blessed with several beaches surrounding major metropolises. You can start by visiting Kashid Beach, which is approximately 180 km from Pune and is a short drive of around 3 hours. You can soak in its beautiful surroundings and it is the perfect place to spend a romantic evening. You can also parasail if you’re a water sports enthusiast.

When it comes to safety in Pune, there’s nothing much to be worried about. According to Numbeo, the crime rate for violent crimes in this city is low, as well as the theft rate. And if you need help in getting around the area, the locals are helpful and will guide you to the best possible option. In addition, Pune ranks as the 5th safest city in India for women.

What Is Good About Pune?

There are many reasons why people love living in the Queen Of Deccan. For those who are looking to settle, this city has an extensive IT base and a plethora of educational institutions. While for the avid traveler, Pune is filled with historic sites, beautiful gardens, complex architecture-type temples, and shopping malls.

Is There Winter In Pune?

Just like any other Indian city, Pune does have winters. These months (November - February) see nighttime temperatures sometimes going below 8°C, so you might want to carry a jacket. Daytime temperatures average around the higher twenties. So, if you’re planning to sightsee during the day, better carry a light umbrella or wear light-colored hats.

How Clean Is Pune?

Pune is one of India’s major metropolitan cities having a population crossing 10 lakhs. Despite such a big number, Pune stands 10th as one of India’s cleanest cities, ranked by the Swachh Survekshan awards.

Is Transportation Available In Pune?

You can get around Pune in multiple ways. Buses, rickshaws, and trains are the most popular modes of commute as they’re efficient and cheaper. Their networks are extensive and spread to many other towns. So, where traveling is concerned, Pune will take care of you.

What Language Is Mainly Spoken In Pune?

The locals speak Marathi, but many others speak Hindi and English as well. If you ever get lost and if your phone loses its juice, asking for directions won't be a problem at all. 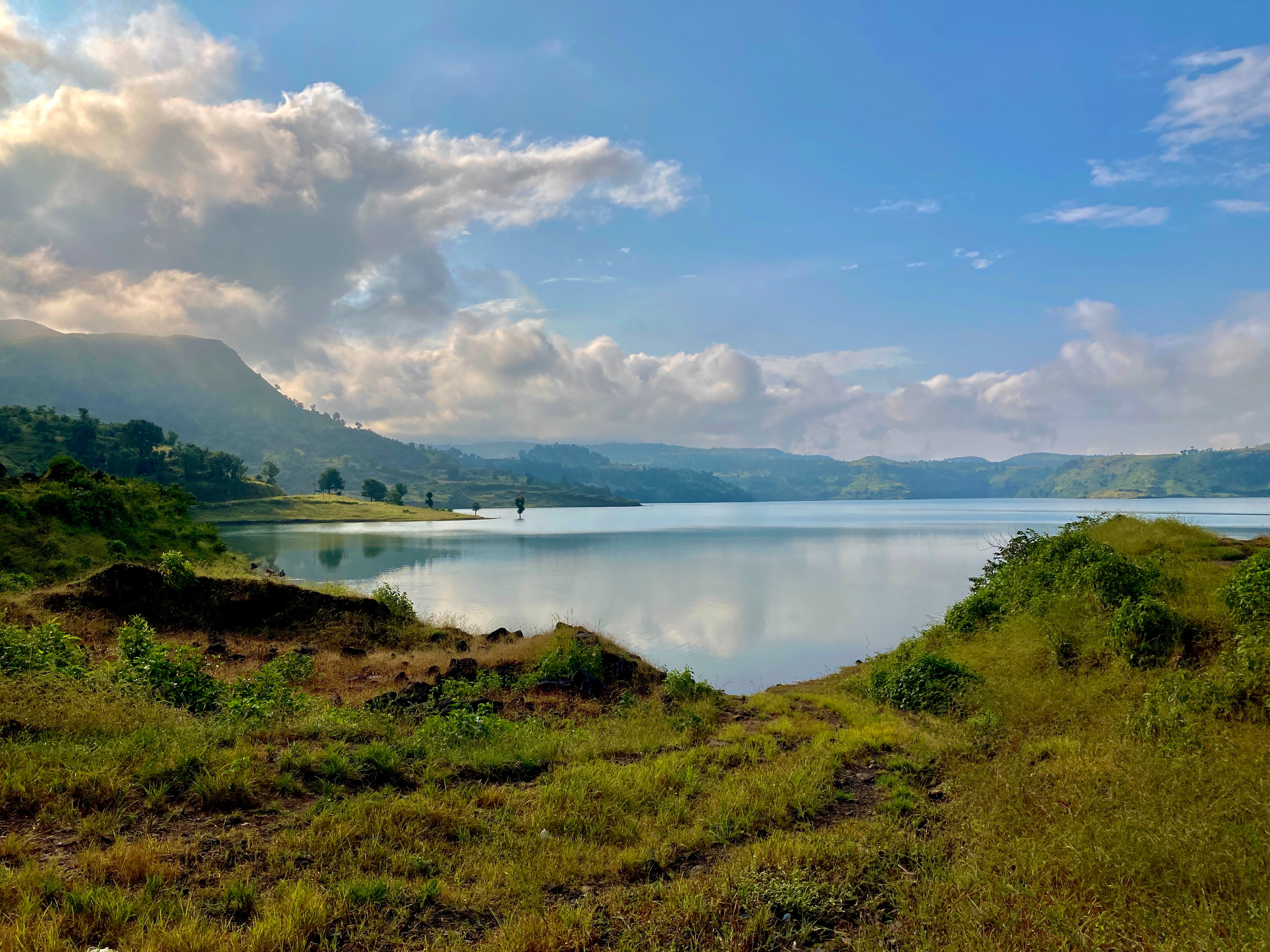 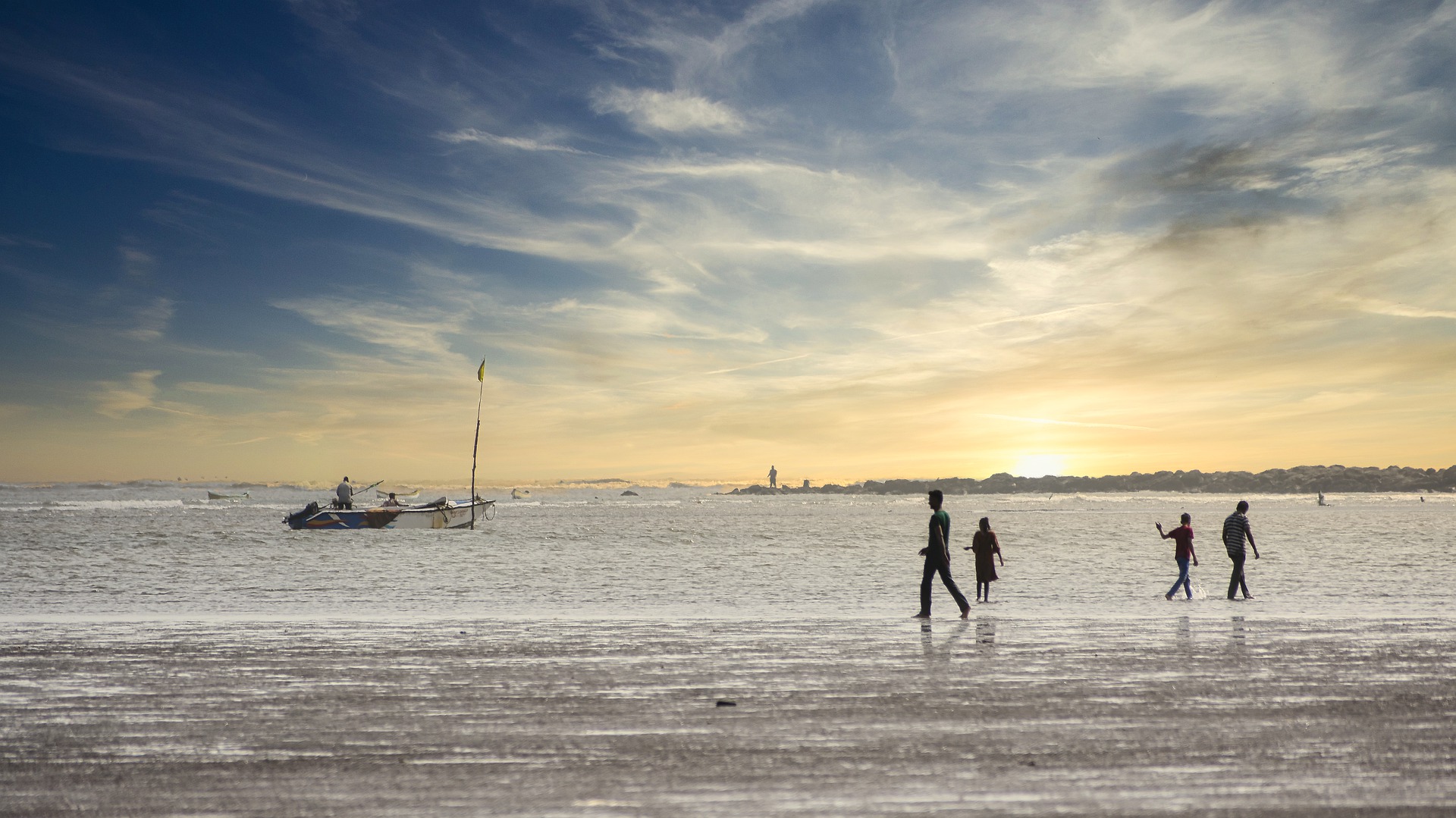 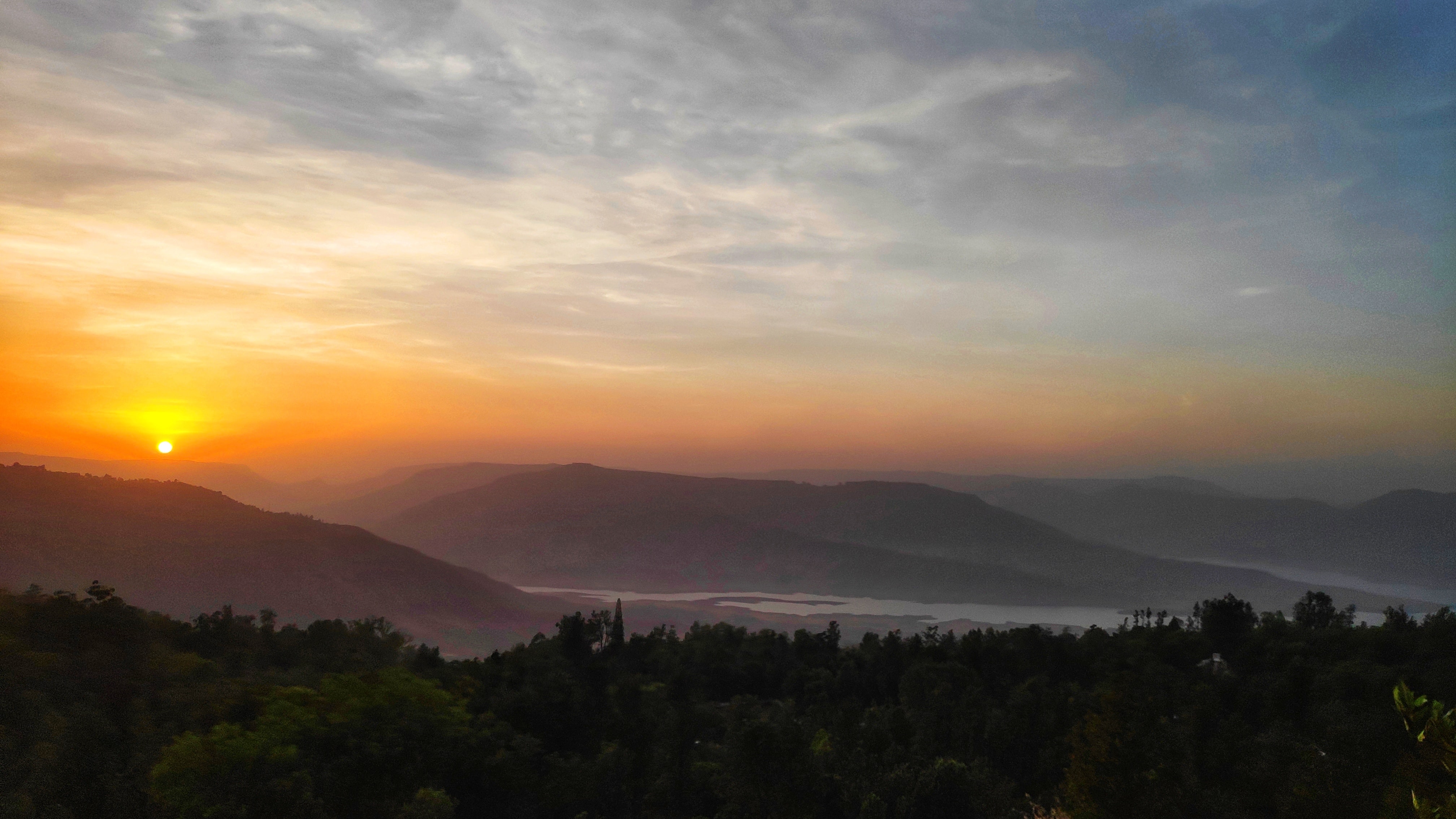 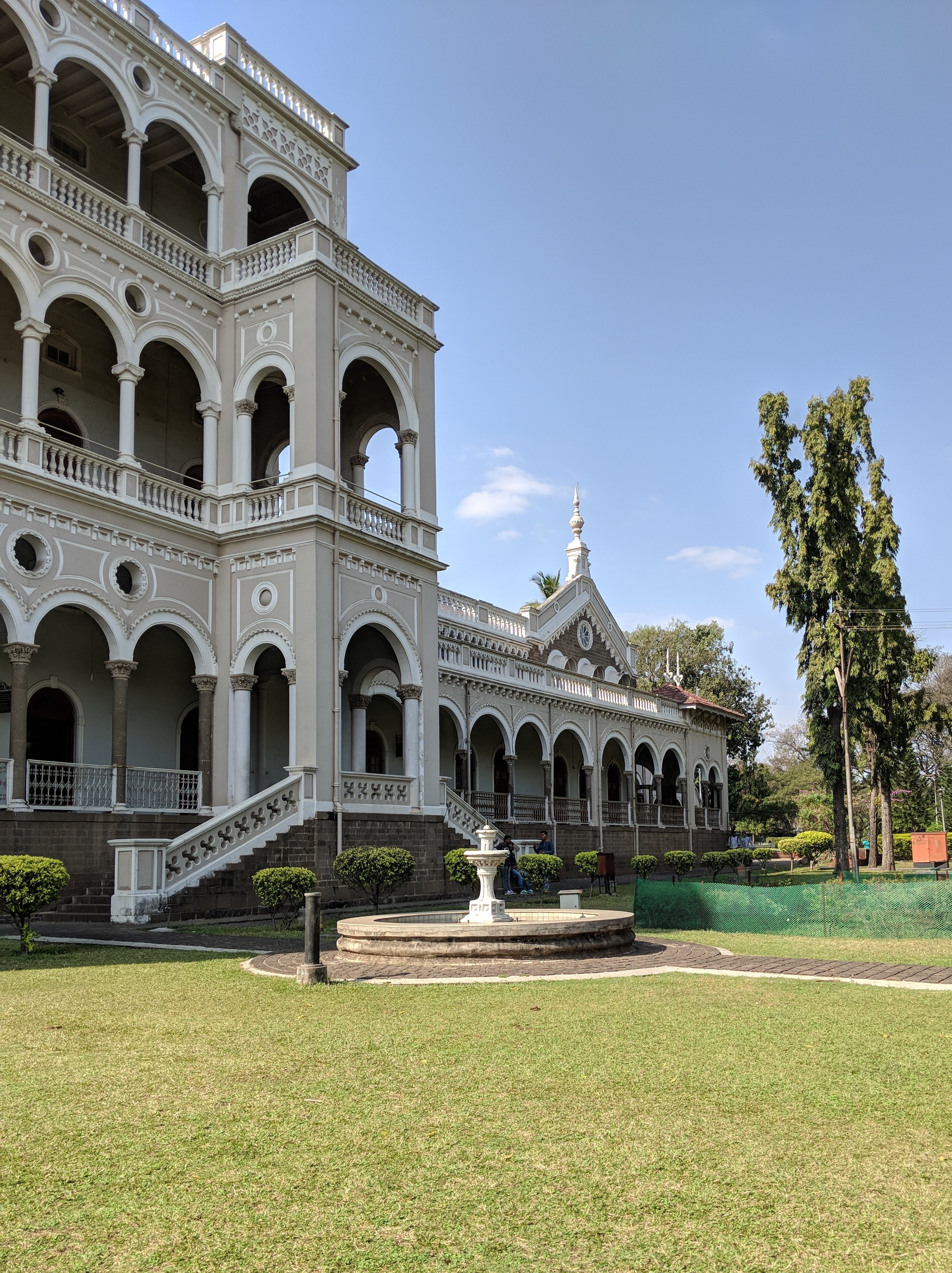 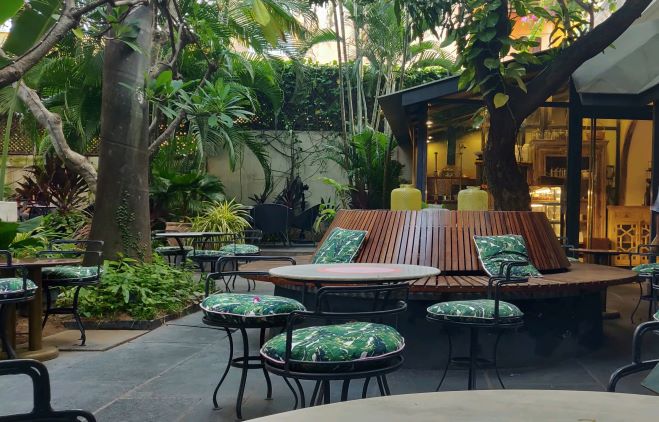