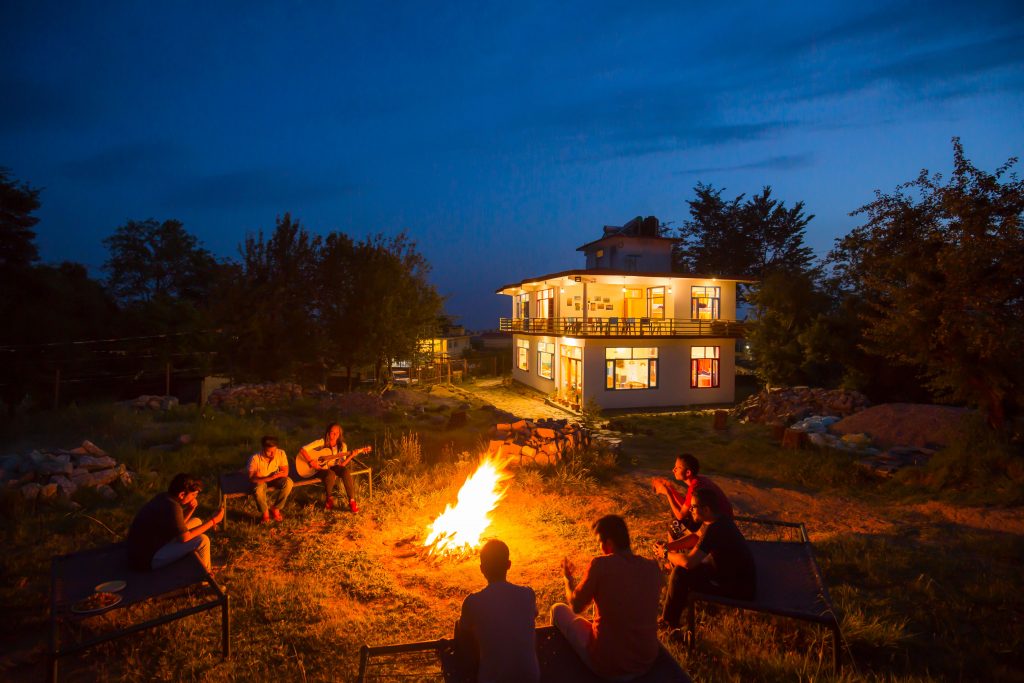 Have you ever traveled hours to reach a destination and only enjoyed it for 5 minutes because of how crowded it is? Well, we’ve all been there and it’s not definitely a great feeling. Places can be more beautiful when they are vacant and lack commercialization.

If you’re on the lookout for them, we’ve got just the names for you. Here is our list of the 8 most overrated holiday destinations in India to avoid and where you can go in 2022.

8 Overrated Destinations In India To Avoid

Choose Bir-Billing Over Shimla For A Wintry Holiday

Shimla is a very well-known hill station in India. But the downside to that is that it gets overcrowded. The streets are active and busy with travel groups, large families, and honeymooners. So if you’re looking for tranquility, a vacation in Shimla might just not be for you.

Instead of Shimla, you may want to head to a comparatively less-visited place in Himachal Pradesh like Bir. This small local village is famous for its paragliding activities and marvelous old-world Tibetan Buddhist Monasteries. You’ll capture beautiful open skies and have lots of space to yourself because not many tourists pick Bir.

The only issue could be that it doesn’t snow enough for skiing in Bir-Billing. If getting an experience of a beautiful white landscape is a criteria for you, then it’s best to consider Auli in Uttarakhand. Auli is a winter wonderland so have fun making a crazy number of snow angels!

Visit Pondicherry Instead Of Goa For The Beaches

Goa has a vibe that attracts travelers from all over the world. It’s great for backpackers and is a superb budget-friendly beach destination in India. But sadly it has gotten commercial over the years.

Many people flock to Goa for vacations and the pubs plus beaches get way too crowded. During the peak tourist season, you’d have to deal with skyrocketing prices as well. North Goa in particular can be more inclined towards tourists.

So for fewer waves of tourists but more sand, sun, and sea, an alternative destination is Pondicherry. The most breathtaking feature of Pondicherry is its quiet and breezy beaches. You must give it a chance over Goa and the introvert in you might just thank you!

Tea Lovers, Go To Assam Instead Of Darjeeling

Known as the Queen of Hills, Darjeeling is renowned for its tea plantations and the famous Darjeeling tea. Darjeeling is a better option if you just wish to recuperate and relax.

But if you want to stroll across tea plantations and have a little adventure, you can consider Assam. This is an underrated destination in Northeast India that’s actually the largest producer of tea in India. Assam has national parks, remote villages, and beautiful trails to hike. A very unique site to visit in Assam is the world’s largest river island which is Majuli.

And yes, if you’re worried that you won’t get to gaze upon the mighty Himalayas in Assam, rest assured that you can do so!

Ranthambore National Park in Rajasthan is one of the top choices for tourists who wish to lay their eyes on the magnificent tiger. In other words, Ranthambore is the ‘popular kid’ among other national parks. But there are few cons to that.

For instance, there’s a chance of the jeep safaris getting sold out because so many tourists keep it as their first choice. The other disadvantage of it being famous is that your view tends to get blocked by other jeeps and people all trying to see a tiger.

Instead, we suggest diverting your attention to less popular national parks that also have a good population of tigers. One such is the Bandhavgarh National Park in Madhya Pradesh, which hosts the highest density of Bengal tigers in the whole world. Pench and Kanha Tiger reserves in the state of Madhya Pradesh are equally good options.

Unwind In The Backwaters Of Kumarakom, Not Alleppey

One of the main reasons that people head to Kerala is its stunning backwaters! When you think of backwaters, the first name that comes to mind is Alleppey. You’ll find plenty of houseboat packages being advertised for Alleppey, but you’d rarely hear of Kumarakom.

If you didn’t know, Kumarakom is also a gateway through which you can explore the backwaters of Kerala. The reason we’d say pick Kumarakom is because it’s less busy than Alleppey. While you’re in Kumarakom, don’t forget to carry a pair of binoculars too! You’ll get to witness many feathered friends at the Kumarakom Bird Sanctuary.

You might have a better chance to experience the local life and the countryside in God’s Own Country!

Go To Hampi Instead Of Mysore

When in Karnataka, most people limit themselves to visiting Mysore Palace, Dandeli, and exploring all that Bangalore has to offer. There’s no denying that these are the hotspots that deserve attention.

But there’s also an architectural marvel that also sits in the state of Karnataka which is Hampi. The sight of the ruins, boulders, and temples in Hampi offer that undeniable medieval charm that’s sure to titillate any history buff.

It has slowly become popular and is recognized as a UNESCO World Heritage Site that will leave you in awe saying “What a gem of a place!” 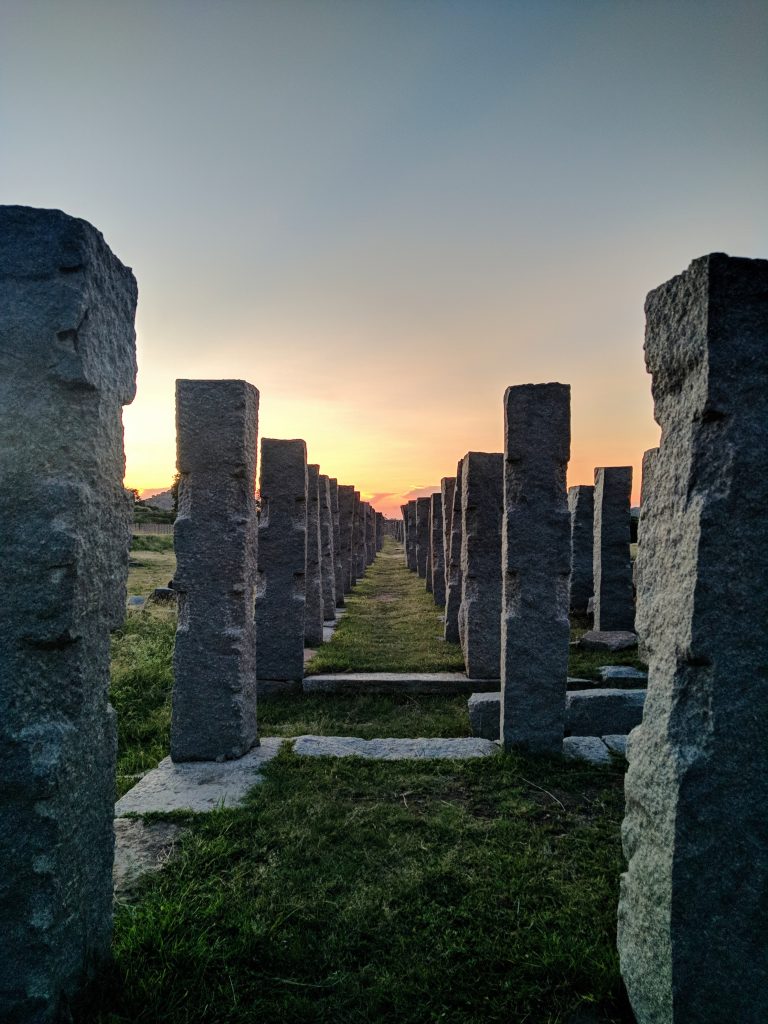 Be One With The Mountains In Kaza, Not Dalhousie

Himachal Pradesh is celebrated for its mind-blowing location. Trust us when we say the views will steal your heart. Here you get to capture a combination of both lush valleys and snow-peaked towering mountains.

When you pick Himachal Pradesh as your destination, the top sites that people run towards are Dharamshala, Kasol, Shimla, Manali, and Dalhousie. These are great mountain towns but the essence of being one with the mountains can be lost when there are too many tourists.

To escape the noise, we’d suggest picking Kaza which is a small little town extremely close to Spiti Valley. Kaza boasts of massive mountain ranges, monasteries, and pristine mirror-like lakes. A word of caution though: Kaza is farther away from Dalhousie, Shimla, or Manali so it can be tough to get here. But once you do, the landscapes will soothe your mind and soul.

Backpacking? Visit Udaipur Instead Of Rishikesh

Many believe that Rishikesh is the best place for backpackers to travel on a light budget and find social hostels. But that’s not entirely true. If you want a unique backpacking experience where you meet fellow travelers and it won’t cost you much, then consider Udaipur.

The atmosphere in Udaipur is laid back and the vibe is easy to gel with for backpackers. There are several hill ranges that you can explore in Udaipur where you can meditate and contemplate like Rishikesh. The city is famous for its lakes, peaceful relaxing vibe, and friendly people. These are a few of the city’s features that make it great for backpacking in India.

There are several well-kept secret places in India that don’t get as much attention as others (and now you know the names as well). So, we suggest giving them a chance and taking the road less traveled!

What Are The Most Overrated Travel Destinations In India?

Shimla, Manali, Dalhousie, Ooty and Goa are some of the most overrated travel destinations in India. By overrated, it doesn’t mean they aren’t worth visiting but they certainly can seem excessively overcrowded.

What Is The Most Underrated Travel Destination In India?

Ziro Valley in Arunachal Pradesh, Majuli River Island in Assam, Auli in Uttarakhand are some of the most underrated travel destinations in India.

For 2021, get closer to nature and visit remote regions of Leh-Ladakh, Himachal Pradesh, Coorg, Munnar, or Gokarna. Pick the destination that resonates with the adventures you enjoy most.

What Is The Most Overrated City In India?

Delhi to an extent is an overrated city in India because of the urban sprawl and deteriorating air quality. But that’s the condition that most metropolitan cities in India suffer from. It still receives huge tourist traffic because of the numerous historical significant monuments it offers.

Which Is The Cheapest Destination In India?

There are several destinations in India that won’t cost you a bomb if you take public transport and stay in hostels. Goa and Udaipur are popular cities where traveling can be inexpensive but there are plenty more such as Hampi, Pondicherry and McLeodganj.

Ladakh is one of those destinations that requires a strong mind to explore. Not everyone can keep up with the low temperatures, high altitudes, and tricky hairpin bends paved on the journey to Ladakh. Plus, a lot of focus is given to the aesthetic value this destination has and not on the challenges that come while exploring. So in that regard, Ladakh becomes an overhyped destination. 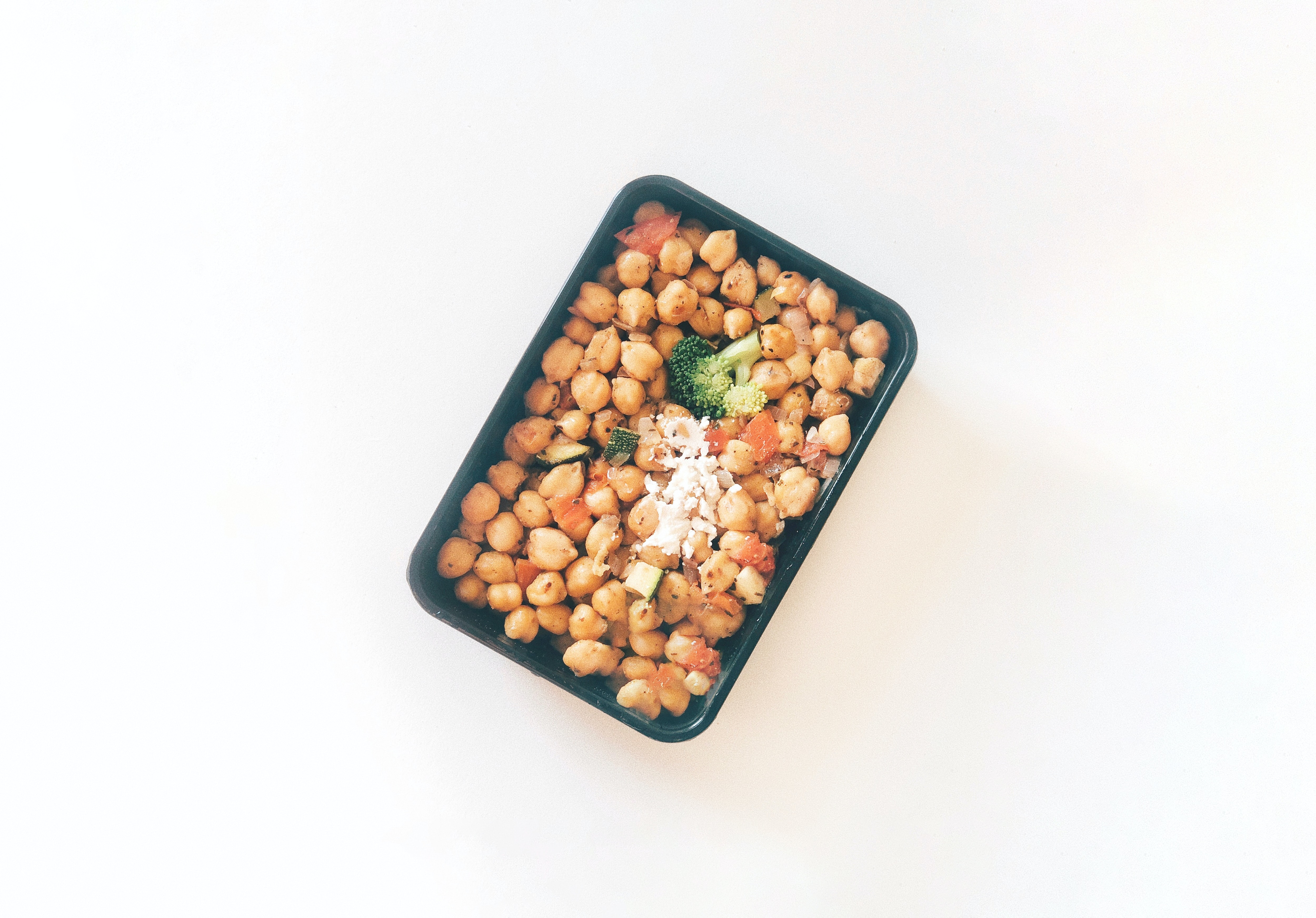 Experiencing The Food In Bihar 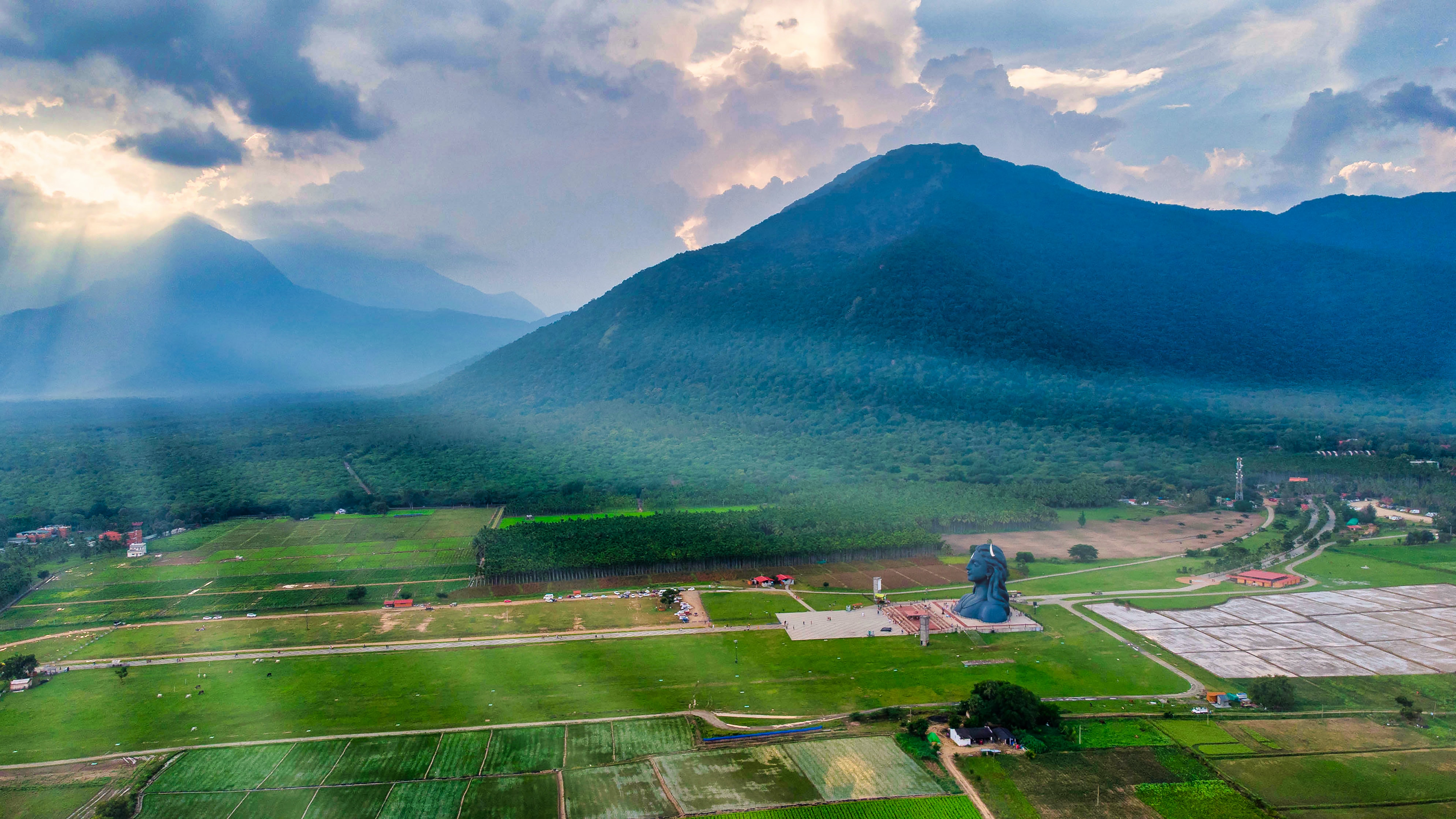 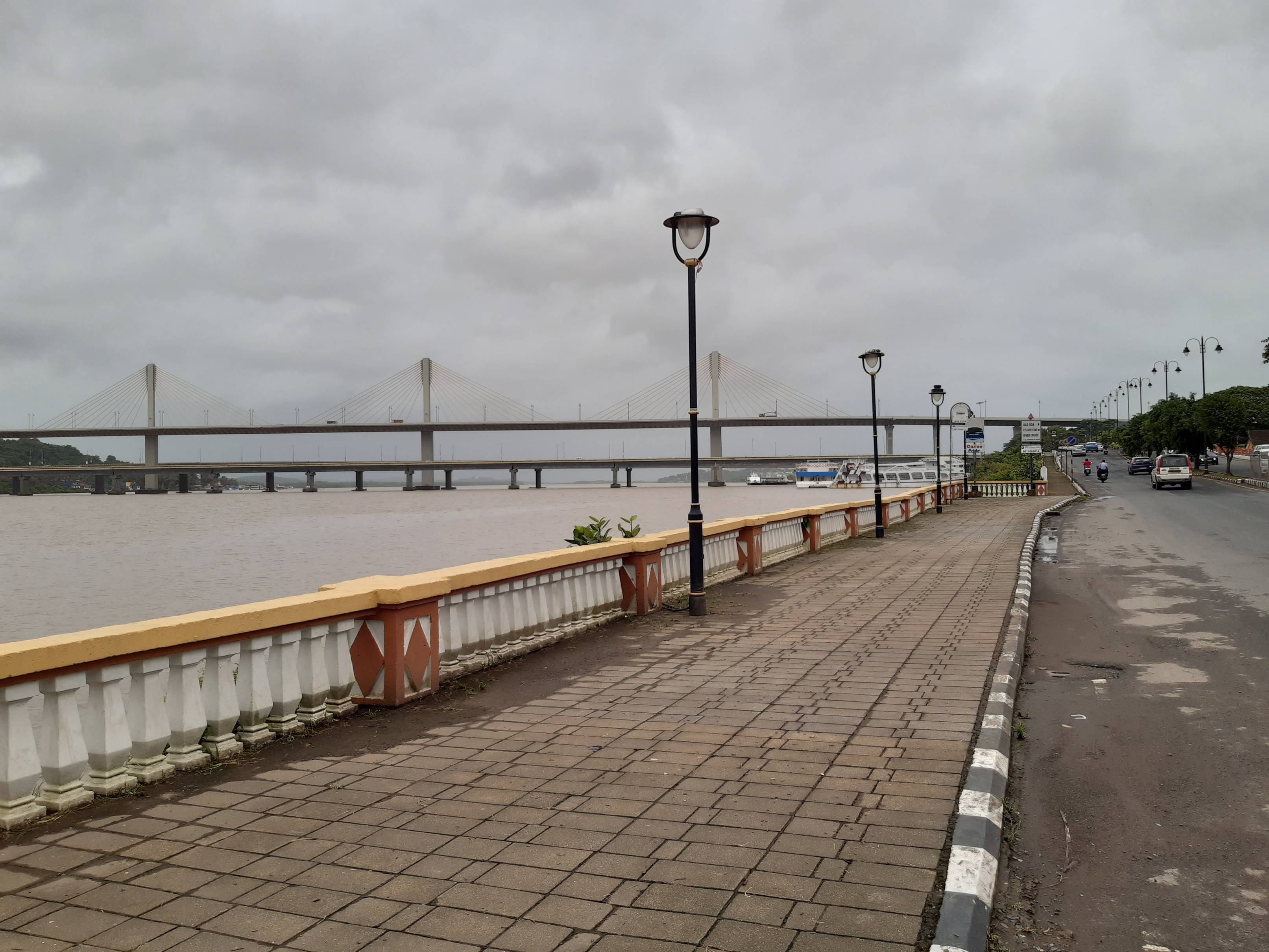 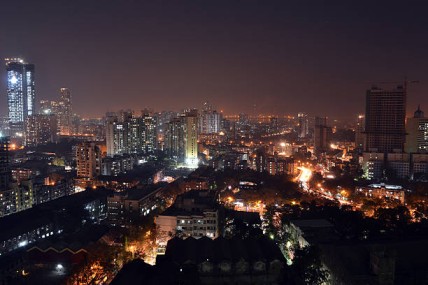 8 Places To Visit Near Mumbai During Monsoon 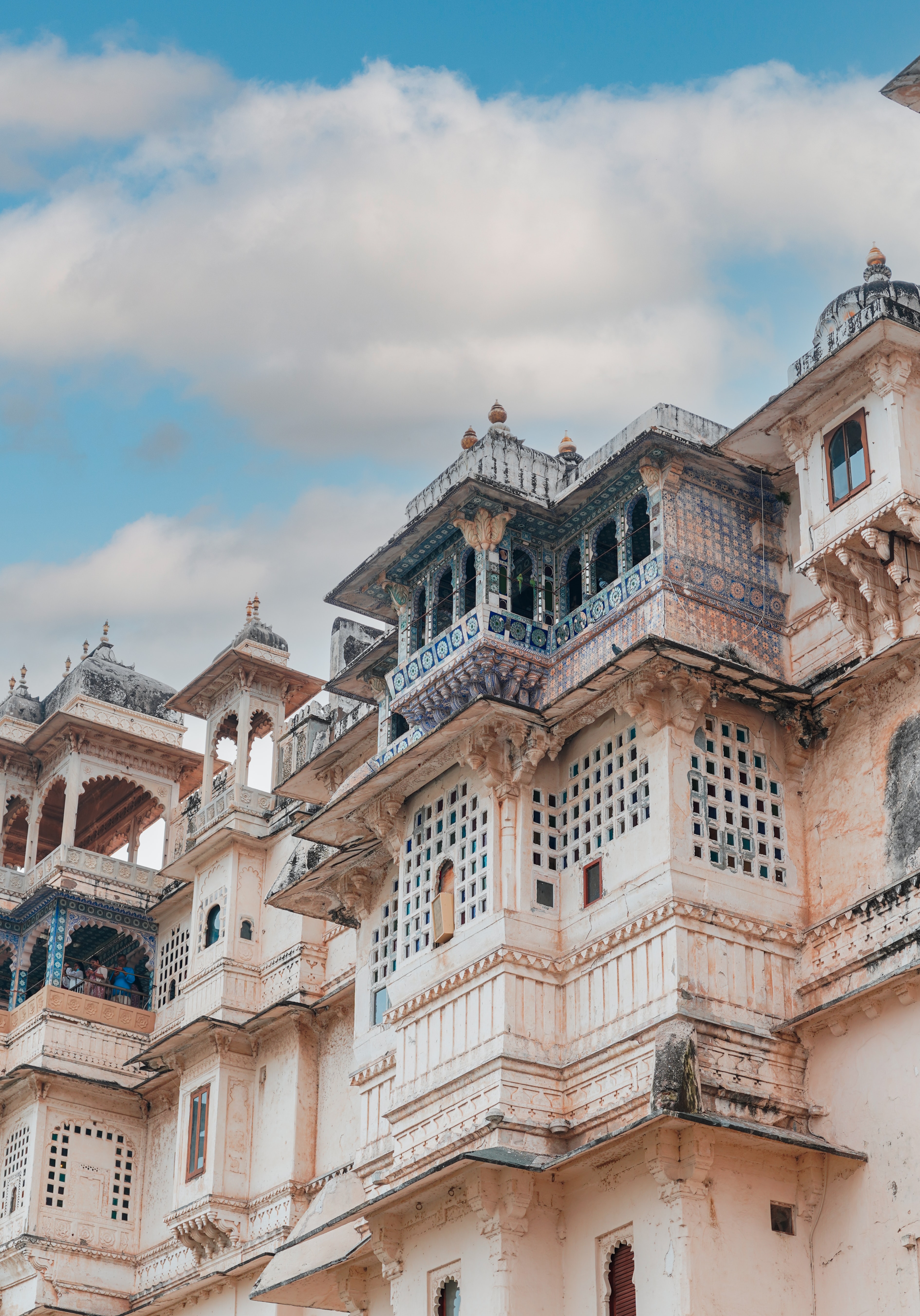