A Guide To Exploring Orchha

Orchha is an extremely interesting town. While the “interesting” description could apply to most towns and cities in India, Orchha’s identity is unique. It is a simple agricultural town, like 70% of India, yet is one of the major highlights of Madhya Pradesh’s tourism circuit. 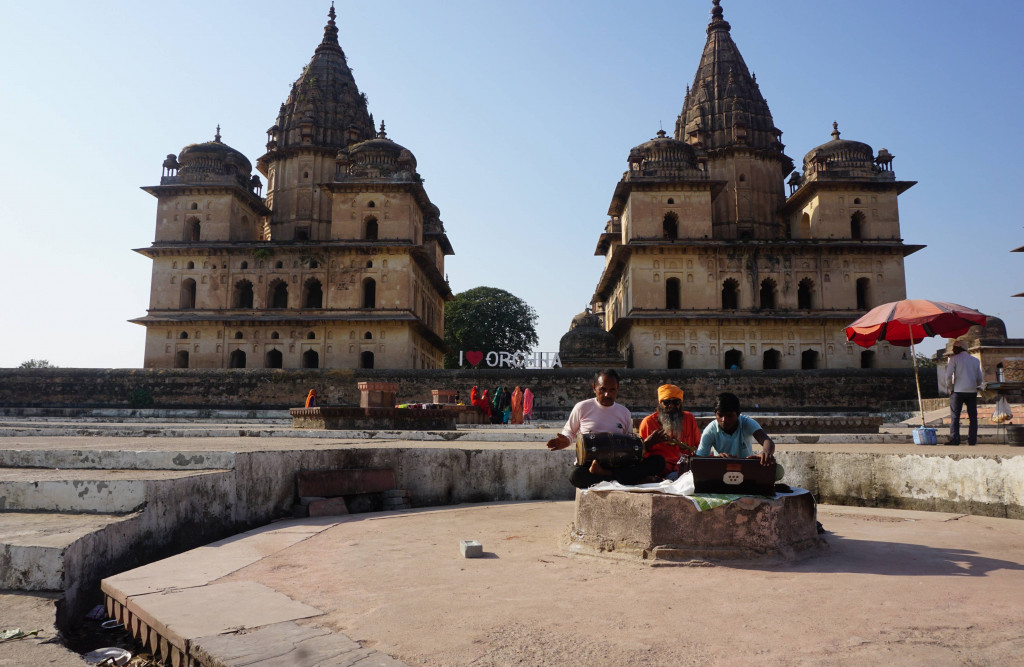 The reason why Orchha has found relevance among travelers is due to the very contrasting effect it has on everyone who visits this gem. Orchha is one of the most historically and culturally rich places in Madhya Pradesh, but what is most endearing about this little farming town is its unassuming simplicity and indifference towards its rich history.

Orchha was one of the most important urban centers a few hundred years ago and is today a religious and spiritual center that attracts hordes of pilgrims regularly. But this fact is lost on the locals of Orchha. It is truly one of the most accurate representations of India and not just because of its rich history but because of hospitality that Orchha showers upon its visitors. Discover just what this little town holds with our Orchha travel guide.

History And Culture Of Orchha

Founded in the 16th Century by the Bundelkhand Chiefs, Orchha history is deeply connected with the Rajput and the Mughal kingdoms. The Orchha fort and the cenotaphs or the ‘chattris’ dotted around the town tell an interesting story of all the local Hindu kings that ruled the Bundelkhand kingdom from Orchha. Orchha is also home to a beautiful testament to Mughal Architecture, The Jahangir Mahal. Jahangir the Mughal ruler was half-Rajput, and this was reason enough for the Rajput King of Orchha to commission its construction as a symbol of their friendship.

It is also an extremely important place of worship for devout Hindus. The Raja Ram temple and the Chatturbhuj temples attract pilgrims throughout the year. While a gunshot sound may rattle your senses, there isn’t much to worry about as it’s a way of saluting the deity in the temple.

Orchha is also home to the Orchha natural preserve; you can rent a bike through your hotel and spend a day exploring the reserve in the lap of mother nature.

How To Get To Orchha

Getting To Orcha By Air – The best way to get to Orchha by air is via the newly opened Khajuraho Airport. Khajuraho is approximately 4 hours away from Orchha and you can take a direct flight from Delhi and Varanasi.

Getting To Orchha By Train – Jhansi Railway Station is about half an hour away from Orchha. Jhansi is one of the main railway stations in India and owing to its central location is extremely well connected to major cities and tourist hubs in North and South India.

Getting To Orchha By Road – Orchha is well connected to Jhansi, Gwalior, and Khajuraho, while Agra and Lucknow are not too far away. A/C and Non A/C bus services by state and private providers is also an option.

Best Time To Travel To Orchha

Winter months are the best time to visit Orchha; it gets really pleasant starting from November and it stays that way till the early weeks of April. Ram Navami, a festival that takes place in early April, is celebrated with a lot of fervor as the city is a major religious center for Hindu pilgrims of Lord Rama.

Monsoons amplify Orchha’s beauty in the most surreal of ways, bringing out a lush green and a sense of freshness in the town. Ganesh Chaturthi is also widely celebrated in Orchha and generally takes place at some point between August and September.

Avoid the summers at all costs, Orchha is excruciatingly hot and it’s best to wait until the monsoons arrive.

Orchha is really small and walking around or renting a bike to go check out all the sites this beautiful town has to offer is the best way to explore. For a more rustic experience, you could travel in a shared auto/ tempo like the locals. It is extremely inexpensive and at times uncomfortable, but when in Orchha, do as the warm affable locals of Orchha do.

“It doesn’t have much to offer” – A stereotype that would hold true for most towns except Orchha. While Orchha is indeed a sleepy town, there’s so much to see and do! From the royal ‘chattris’ that have come to define Orchha as a stronghold of the Rajput kingdoms, to the Raja Ram and Chhatarpur temples that have seen pilgrims pay homage in numbers for centuries – our travel guide for Orchha covers it all. Read on to be surprised with how much it has to offer for a town of its size!

The locals of Orchha worship Lord Rama not just as a God but as their king. Legend has it that Lord Rama visited Orchha with the Queen of Orchha as she promised the king her devotion would lead to Lord Rama visiting Ayodhya in the form of a little boy and she would not return from Ayodhya if he did not.

Lord Rama visited Orchha with the Queen and said that he would not move from the first house he would accept in Orchha. That house today stands as the Temple of Lord Rama and hundreds of thousands of pilgrims visit this temple annually to pay their respects. There is a unique Gun salute, where the temple fires a gun in honor of Lord Rama during Ram Navami. It is just opposite the Orchha Fort, and an absolute must-visit.

Orchha Fort is a huge complex that is divided into 3 major parts - Raj Mahal, Sheesh Mahal, and Jahangir Mahal. The Raj Mahal, as the name suggests, was the palace of Rajput Kings and Queens. This section of the complex is full of wide passages and murals of Lord Vishnu. The Sheesh Mahal was once the residential quarter of Rajput kings and is now a heritage hotel run by Madhya Pradesh Tourism.

Dating back to the 17th century, Jehangir Mahal was built by Rajput King Bir Singh Deo to commemorate the visit of Emperor Jehangir. Jehangir’s Rajput lineage was enough for the Rajput King to build the palace in his name. The palace’s architecture takes from both Rajput and Mughal elements and is an absolutely fascinating visit.

A little further away from the Raja Ram temple, the Chaturbhuj temple was built across the reign of multiple Rajput kings. The temple was built to worship the idol of Lord Rama but since the idol is placed in the Raja Ram Temple, an Image of Radha Krishna (also an avatar of Lord Vishnu, just like Lord Rama) is now worshipped at the temple.

Chaturbhuj is also known to have a 344-foot Vimana, which is the tallest for a temple in India.

The Royal Chattris Or Cenotaphs

14 Chattris lie along the bank of the river Betwa. These were built after the Royal rulers of Orchha. Climb up the Cenotaphs for panoramic views of Orchha that are truly mesmerizing.

Is Orchha Worth Visiting?

If you’re someone attracted to lively, bustling places that are abuzz with things like nightlife or adventure activities, then Orchha is not for you. But it sure has things that make it worth visiting like a rich history and culture, all packed into a small town.

What Is Orchha Famous For?

Orchha is known for its temples, making it a place of pilgrimage. It is also famous for its architecture and heritage, with temples and palaces that were built in the 16th and 17th centuries.

How Can I Go To Orchha?

Orchha is relatively well connected, and you can get there by air (Khajuraho Airport), by train (Jhansi Railway Station) and by road.

How Far Is Orchha From Gwalior?

How Far Is Orchha From Jhansi?

Jhansi is a mere 13 km away from Orchha, and can be reached with a 30-minute drive. The Jhansi Railway Station is the nearest major railway station to Orchha.

How Far Is Orchha From Khajuraho?

Khajuraho is 194 km away from Orchha and can be reached with a 4.5-hour drive.

What Should I Buy In Orchha?

Head to the markets in Orchha to rummage through some unique pieces of art and handicrafts, like the Dokra metal works, wrought iron articles, souvenirs, and mementos.

How Far Is Orchha From Delhi?

Orchha is nearly 500 km away from Delhi and can be reached with a drive of nearly 9 hours.

How Do You Get To Orchha From Khajuraho?

The easiest way to get to Orchha from Khajuraho is to take a cab or a bus. The drive takes around 4.5 hours.

How Can I Reach Orchha From Jabalpur?

Orchha and Jabalpur are connected by rail, but it may be more advisable to take a cab since it’s convenient. The drive from Jabalpur to Orchha is around 7.5 hours. 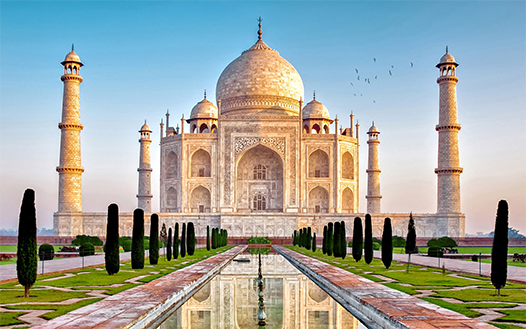 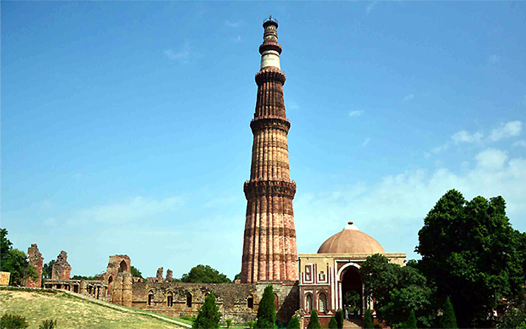 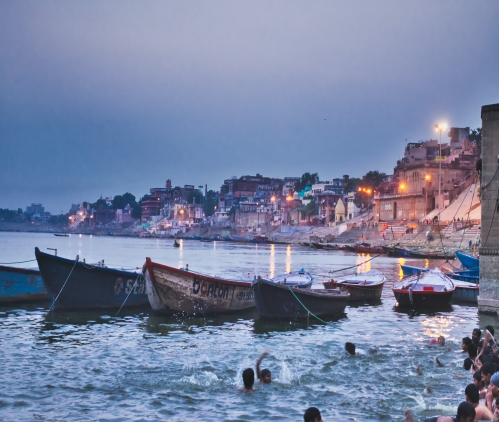 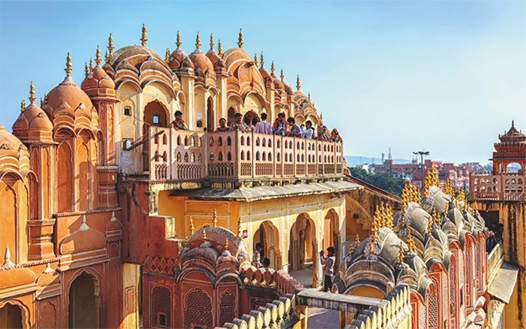