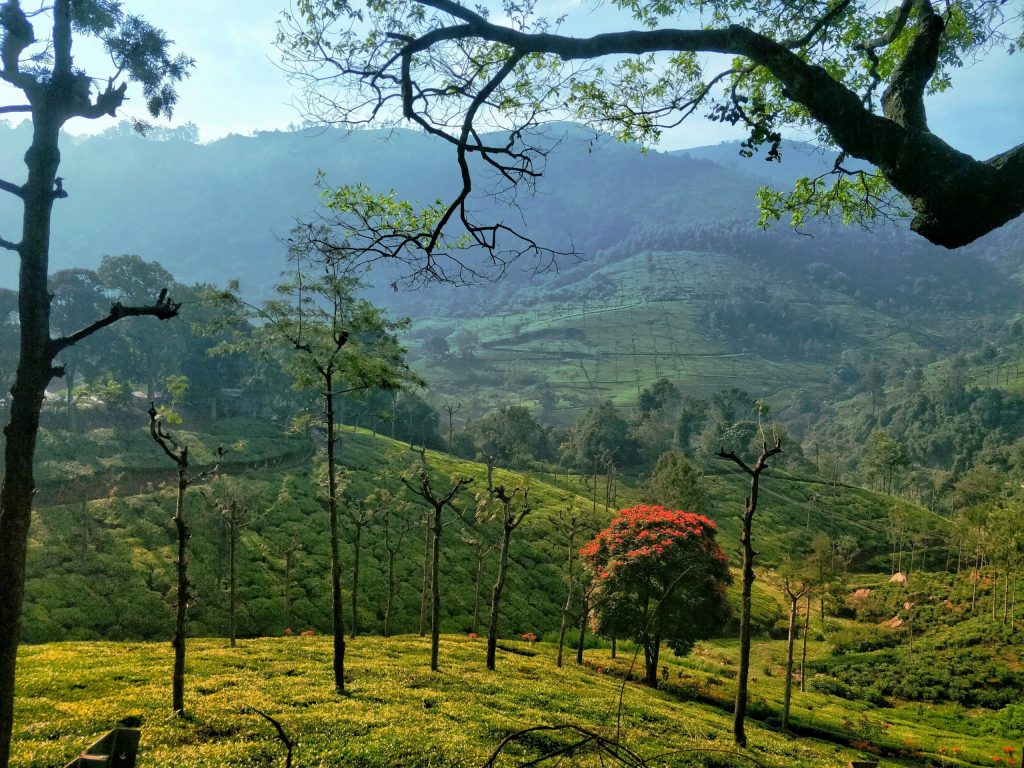 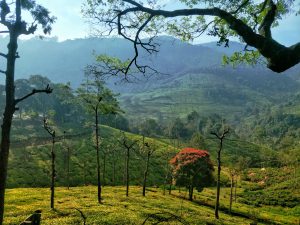 Ooty or Udhagamandalam is a charming little city in the Nilgiris district of the state of Tamil Nadu. Decked in rolling hills of tea plantations and lush greenery for as far as the eye can see, Ooty, a popular tourist destination was once named the Summer Capital of the Madras Presidency.

Ooty, which stemmed from the word Ootaca literally refers to ‘Ootha-kal’ which translates to the sacred stone of the Toda people that reside in the city, shedding light on the era-long spiritual and social role it has played in the history of Tamil Nadu.

The alluring city is also exceptionally famous for the Neelakurinji flowers - flowers that bloom once in twelve years, staining the hills a deep blue, thus giving Nilgiris (Blue Mountains) its name. Ooty, which was once a beloved honeymoon spot in the South beginning in the late 90’s continues to hold that charm and is still a destination that leaves people romantic and awe-struck at the stunning view of the hills!

Also read: Top 7 Things To Do In Tamil Nadu And Pondicherry

History And Culture Of Ooty

For centuries, Ooty remained a city with no stable leadership. It passed along the hands of the various dynasties of Satavahanas, Gangas, Rashtrakutas, Hoysalas, and Ummathur until finally it was captured by Tipu Sultan. Tipu Sultan then proceeded to extend the region by building a hide-out cave at the border. As a result of the treaty of Srirangapatnam in 1799, the Nilgiris then began to be considered the property of the British East India Company.

The hill station rose in prominence when John Sullivan, the Collector of Coimbatore in 1818, happened to camp in Dimbhatti. He was so mesmerized by the place that he built his summer bungalow in Ooty and lauded its beauty and enthralling capabilities in his travel records. Ooty is also famous for the Arranmore Palace which once served as the rest-house for soldiers in the Madras Regiment. This rest house was so unforgettable in its wild, rustic beauty that today, it’s a widely renowned hill resort and a holiday destination. The Nilgiri Biosphere Reserve that houses Ooty, preserves a wide range of forested areas and water-bodies against exploitation and pollution. 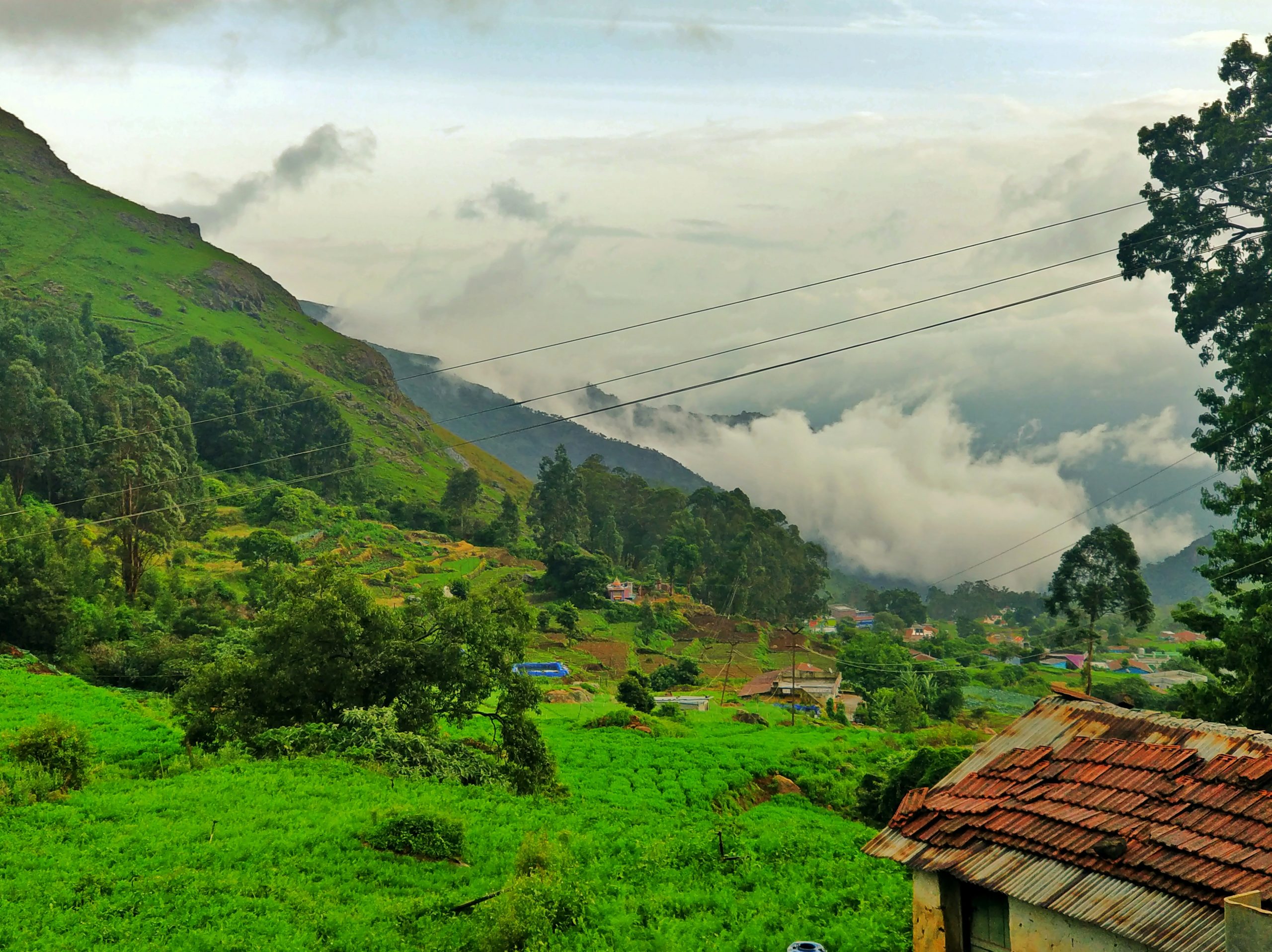 The current population of the hill station stands at around 88, 430 and the regional language spoken is Tamil. While years of tourism from across the country have made the cuisine of Ooty a melting pot of sorts, the regional cuisine is deeply rooted in the Tamil staple of rice and vegetarian delights. You ought to try the local street food culture in the city which often includes a wide assortment of dosas, idli-chutney, pohe, the vegetable medley that is avial, vadas, and Pongal (a savory/sweet rice dish). 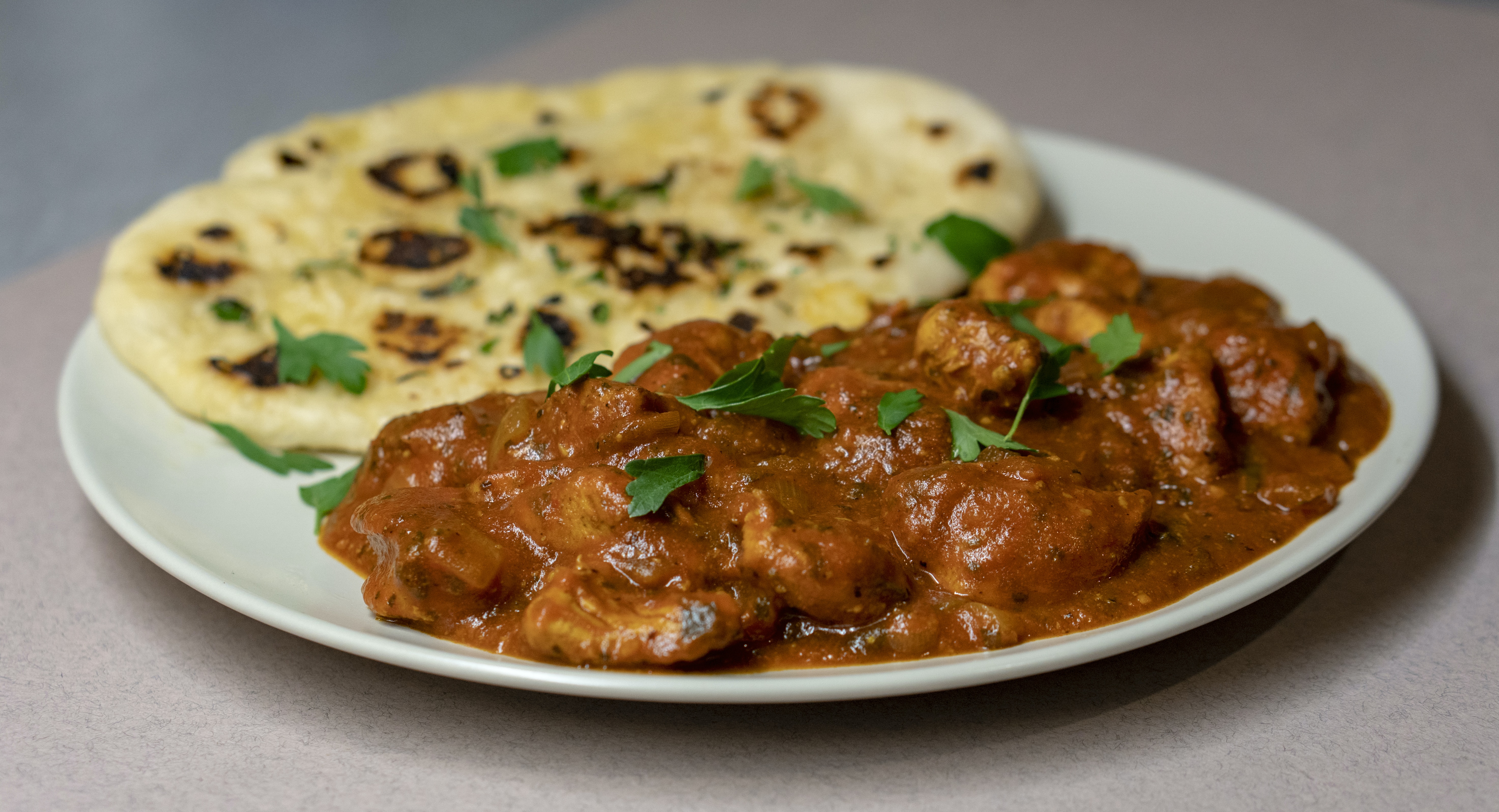 Other tempting snack varieties include murukku (a crunchy snack made of rice flour and urad dal), utthappam (dosas with vegetables like tomatoes, onions, and capsicum added in the batter), and payasam (dessert). Chicken Chettinad is a tangy non-vegetarian specialty for you if you’re a fan of chicken. The clothing usually depends on the community one is from and comprises the fabric of distinct patterns, usually of rich, dark colors.

Also read: 7 Temples That You Must Visit In Tamil Nadu For A Spiritual Experience

How To Get To Ooty

Getting To Ooty By Air:

The Coimbatore International Airport is the closest airport and is distanced at around 87.2 kilometers from the hill station. This airport is known for its high connectivity with other prime cities of the country with regard to domestic flights and is also perfect for international tourists. You can cover the rest of the distance via taxicab services available at the airport.

Getting To Ooty By Train:

If you want to reach Ooty by train, your safest bet would be to book a train to the   Mettupalayam Railway Station in Mettupalayam, Coimbatore. This railway station that is 40 kilometers from the city is perfectly accessible across the various Indian states and major cities.

Another experience to try by train is the Nilgiris Mountain Railway which covers the 46-kilometer route directly to Ooty. While this service only operates on limited timings, the 4-and-a-half hour's journey itself, rooted in the quaint colorful trains along the rich green landscape of the hills and tea plantations, is unforgettable and worth a try.

Getting To Ooty By Road: 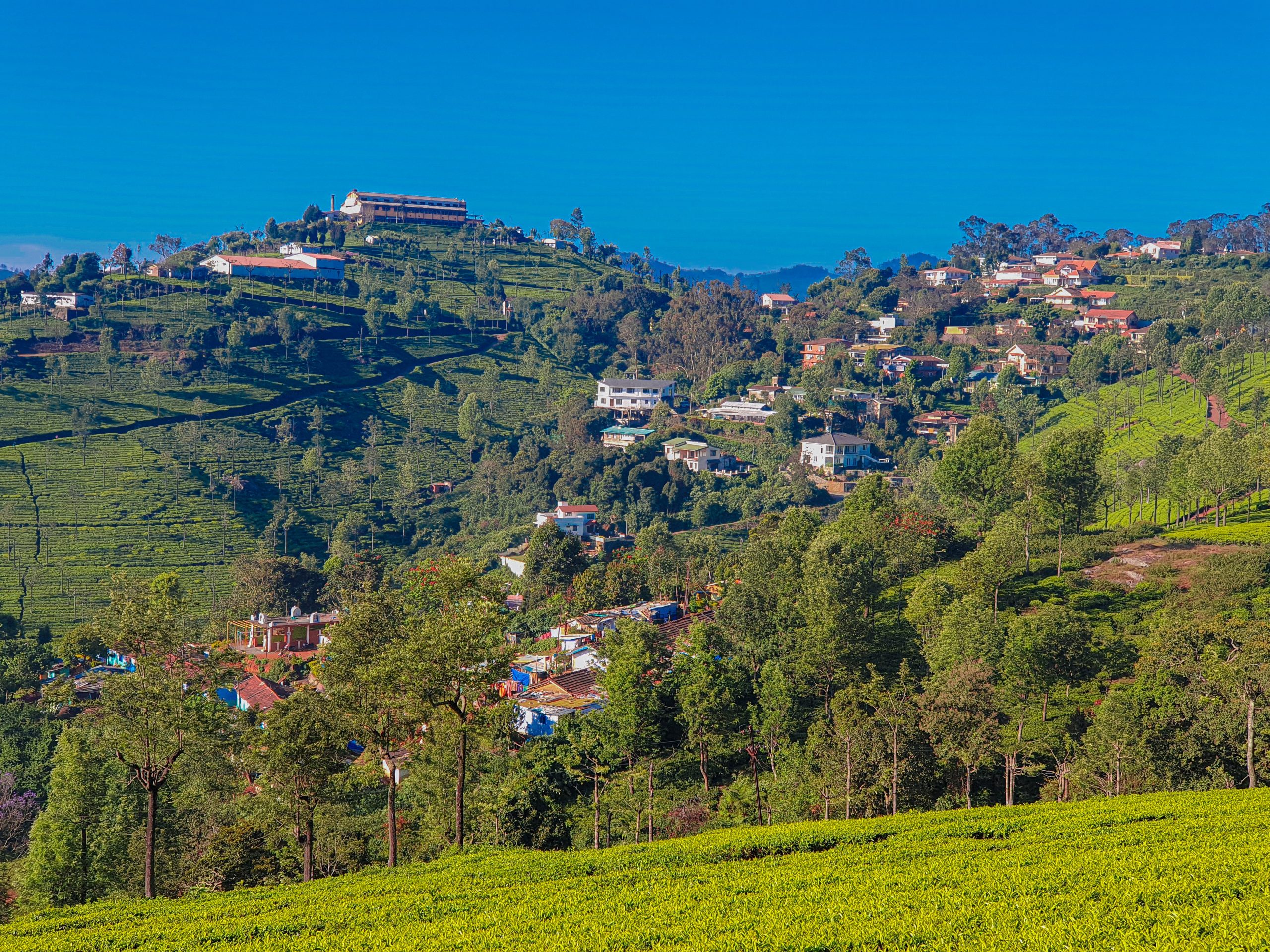 Best Time To Travel To Ooty

Ooty has something to offer every season of the year. In the summers between March and June, the temperatures see a rise of not beyond 20°C. This pleasant climate makes it perfect for exploring outdoor and watersports activities like boating, paragliding, trekking, hiking, etc. without feeling too hot or exhausted.

However, the hill station is also picturesque in the monsoons and the winter. In the rainy season (July to September), the landscape flourishes even more and the air becomes fresh and bright. In the winter months of October to February, the temperature can sometimes go as low as 5°C and you can witness a low fog (and sometimes snowfall) in the region. The nights can witness even more dramatic temperature drops. 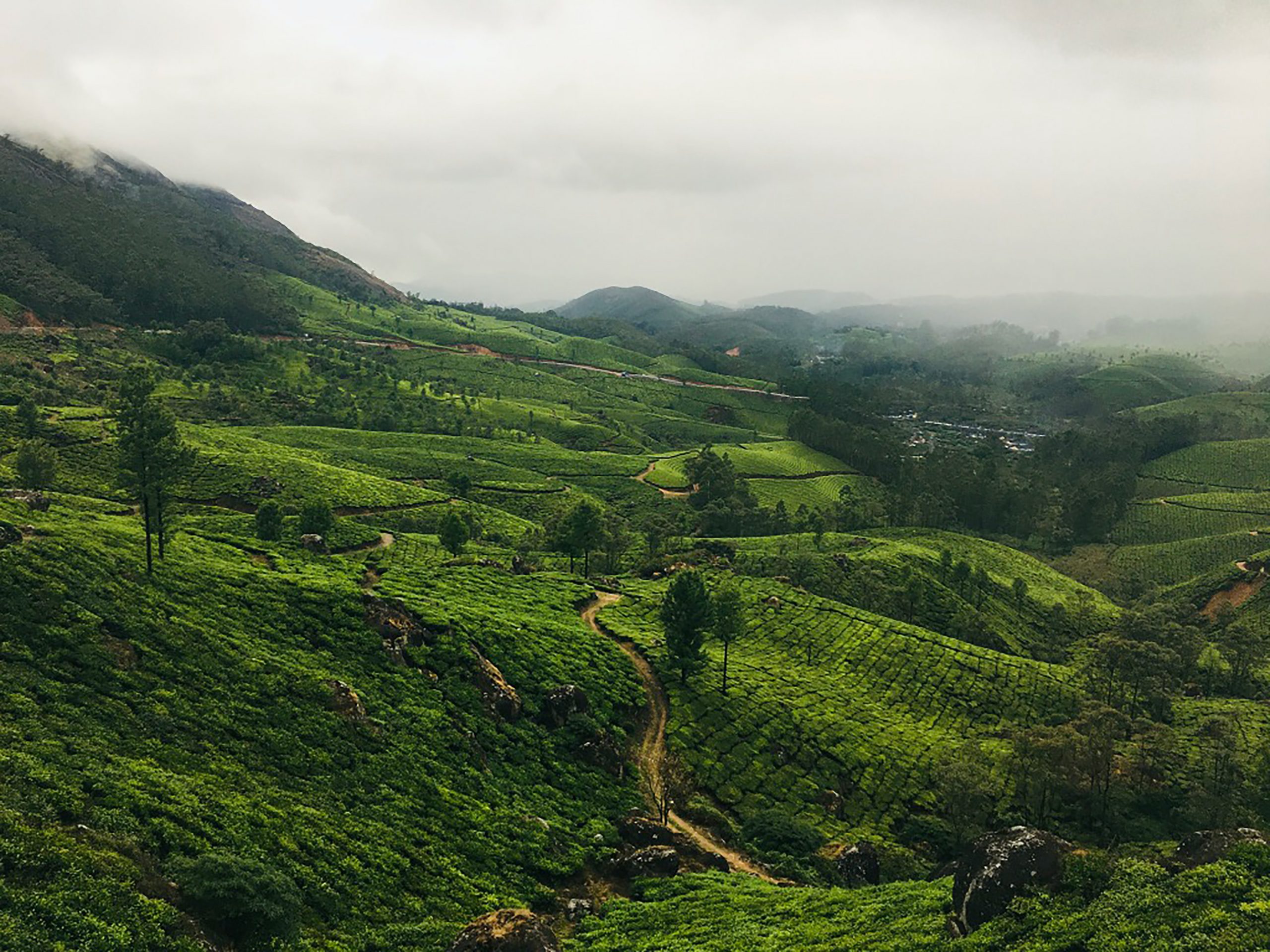 Public bus services are made available by the state and ply locally every day. You can also book yourself a one-day tour bus that will take you to the main tourist destinations in the region. Many companies also offer private bus services solely for the purpose of visiting the city from a tourist point of view.

A solid road network makes it possible to travel via taxi quite easily. Taxicabs are available at every major spot and can also be hired from the airport.

The region also has plenty of rickshaws that enable you to travel locally with ease and on a budget.

Ooty being a hill station allows for plenty of walking by means of exploring the city. By virtue of it being safe, the temperatures being quite agreeable, and there being many tiny local spots, the area is perfectly conducive to a good old-fashioned stroll. "Ooty cuisine is only idli-dosa."

Southern cuisine is known for its variety and ingenious use of spices. The curries that accompany thalis/sadyas are fragrant and incredibly flavorful. While idlis and dosas are an indelible part of the regional cuisine of the state, Tamil cuisine is so much more layered than that. It’s a vegetarian’s haven with multiple delectable vegetarian options like Pongal, tamarind rice, koozh (millet porridge), and murukku. But not to be mistaken, because the region also boasts of some wicked tasty non-vegetarian preparations like Chicken Chettinad, nethili fish curry, and prawns kuzhambu.

Also read: 12 Things You Must Do In Ooty For A Trip Worth Remembering 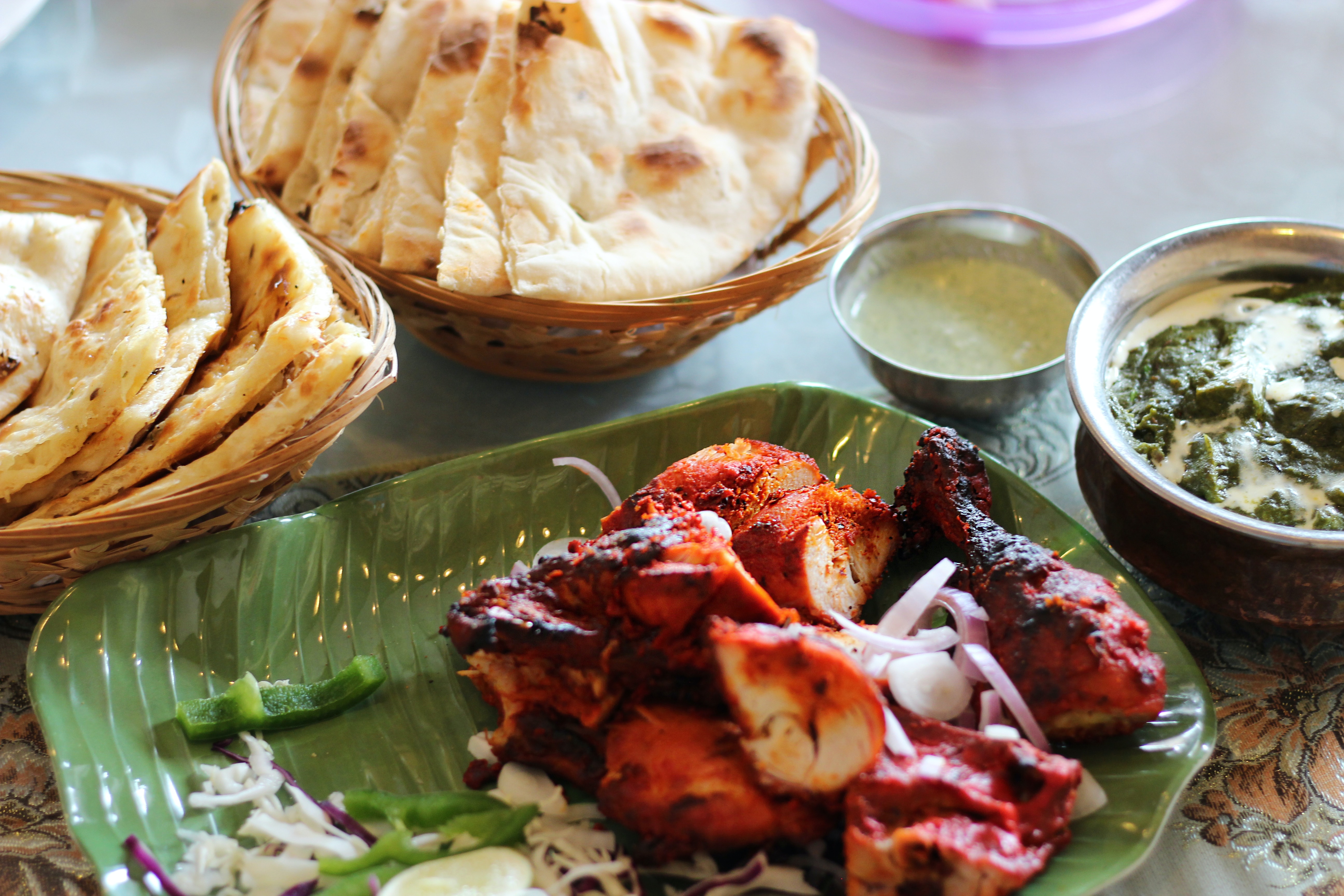 Located on Doddabetta Peak, the Botanical Gardens is a sweet spot for all the nature lovers that visit. It's a multi-colored heaven that classifies and preserves the various varieties of wildlife and flora that characterize the region. These Gardens that are said to be around since 1848 are divided into the Lower Garden, New Garden, Italian Garden, Conservatory, Fountain Terrace, and Nurseries and each is an experience unto its own.

With a fee of just INR 20, enjoy nearly a thousand varieties of plants that this place honors. The Flower Show, which is a yearly spectacle, puts together a show of flower arrangements, carvings, bonsai, and flower rangoli that is unforgettable!

It’s no secret that what makes Ooty so special and beautiful are the extensive tea plantations. For those who want to take a little bit more of a deep-dive into this cultural aspect of what makes Ooty so geographically distinct, the Tea Museum is located near the Doddabetta Tea Factory. While this activity is more infotainment than mere sightseeing, it does offer a very special and enlightening insight into tea, the evolution of tea, and how the beverage came to play such an integral role in the historical and cultural backdrop of the region.

For your yearly dose of outdoor activity, don’t miss out on going trekking in the bewitching Avalanche Lake. This lake, nestled amidst thick forests, is the perfect spot to rejuvenate away from the bustle of the city. Along with trekking, you could rest along the banks of the Lake where you can go trout fishing and river rafting.

If you’re a culture connoisseur, this one’s for you. The St. Stephen’s Church is said to be Nilgiri's oldest church, dating back to the 19th century. It’s an architectural marvel as the timber and main beams of the church are said to be taken from Tipu Sultan’s Palace in Srirangapatna. Aesthetic and spirituality-inducing, St. Stephen’s is worth a visit in any season!

Surrounded by nature's beauty, Ooty is all about having greenery and a pleasant ambiance. This article sums up what Ooty is like giving you an idea of the marvelous place, explore more of this lovely place with your family and friends.

FAQs On Traveling To Ooty

Is 3 Days Enough For Ooty?

Yes, around 3-3 days ought to be enough to savor Ooty in its entirety if planned well.

Is There Snowfall In Ooty?

In the winter seasons, the temperature in the region drops below 5°C and there is a good chance that you’ll witness snow. Beginning November, it gets freezing in the Nilgiris and is often followed by heavy snowfall.

Does Ooty Have An Airport?

The closest airport to Ooty is the Coimbatore International Airport which is around 88 kilometers from the region. That would translate to around 2 hours 45 minutes by road, which can easily be traversed via taxicab from the airport.

How Far Is Ooty From Mumbai?

Ooty is around 1,188 kilometers from the city of Mumbai.

Is Ooty Safe For Families?

Ooty is quite a safe region, especially for families. While incidents that threaten personal safety or integrity are seldom reported, one should always take care while navigating through the low hills or tea plantations against hazardous falls or dangerous insects/animals.

What is special in Ooty?

There are many things special about Ooty, but Ooty is famously known for its tea plantation.

What is the new name of Ooty?

The actual name was Ootacamund and now changed to Ooty. Later around 1972 Ooty got another name Udhagamandalam, but many people still choose to call it Ooty to create no confusion.

What is the meaning of Ooty? 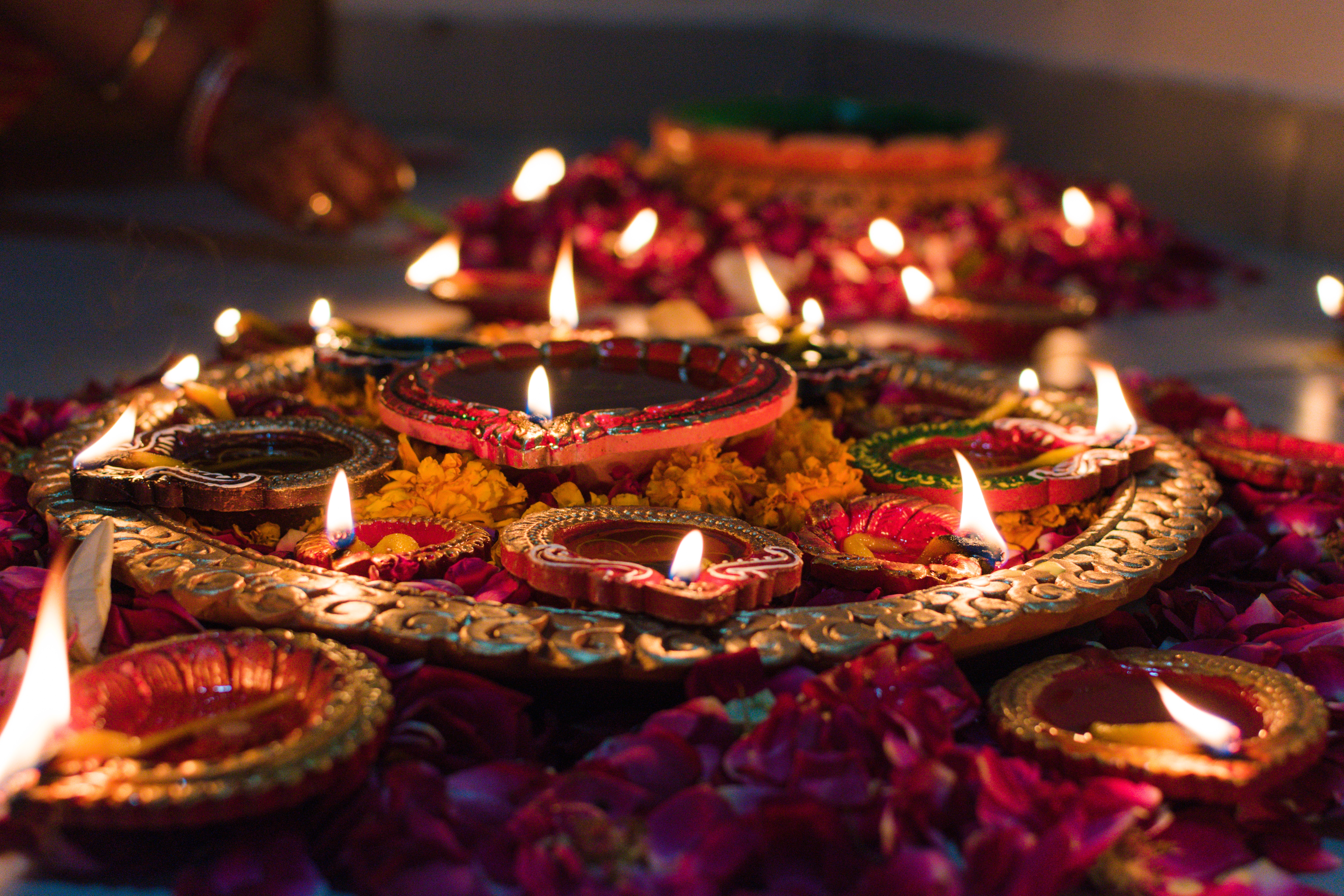 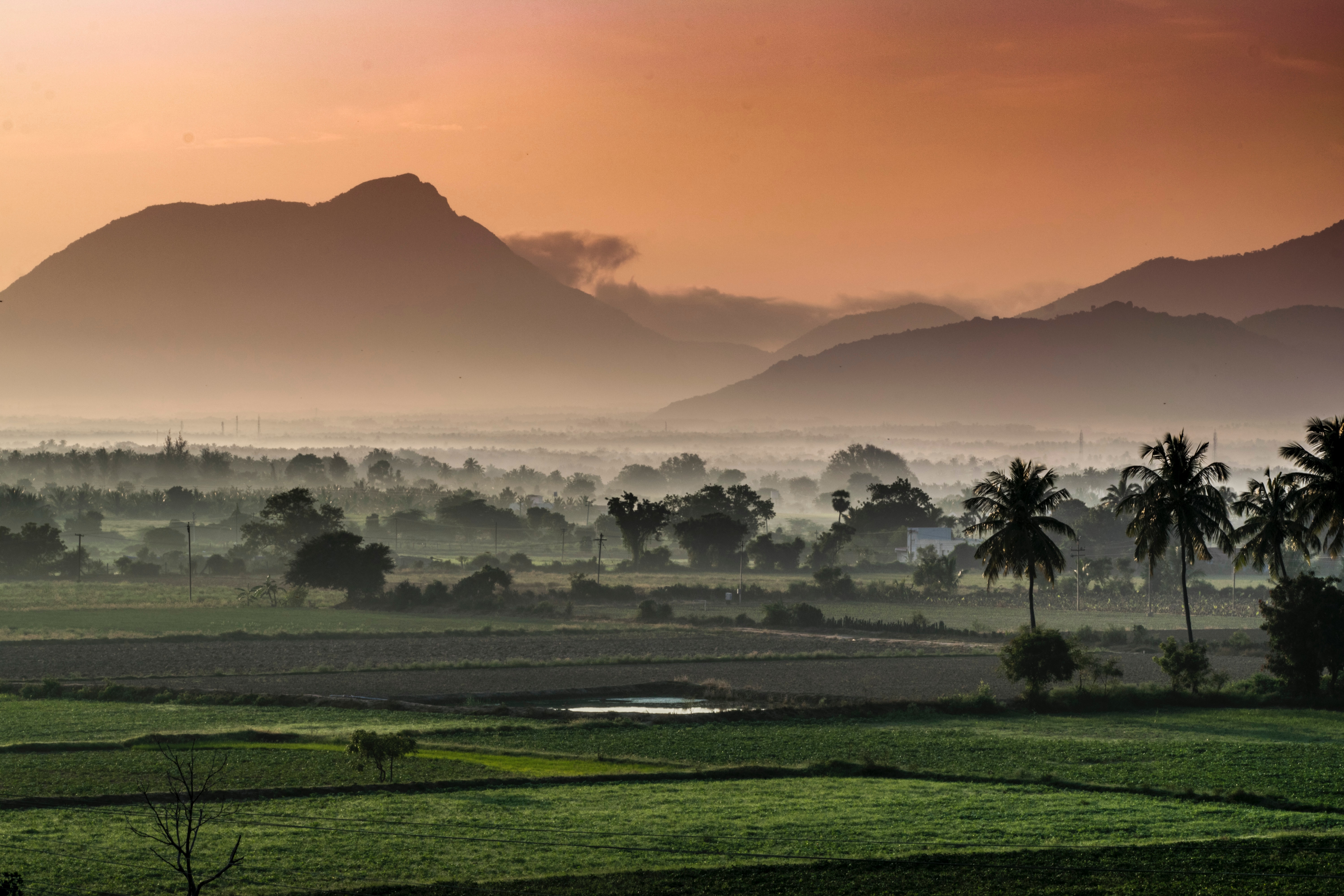 Top 7 Things To Do In Tamil Nadu And Pondicherry 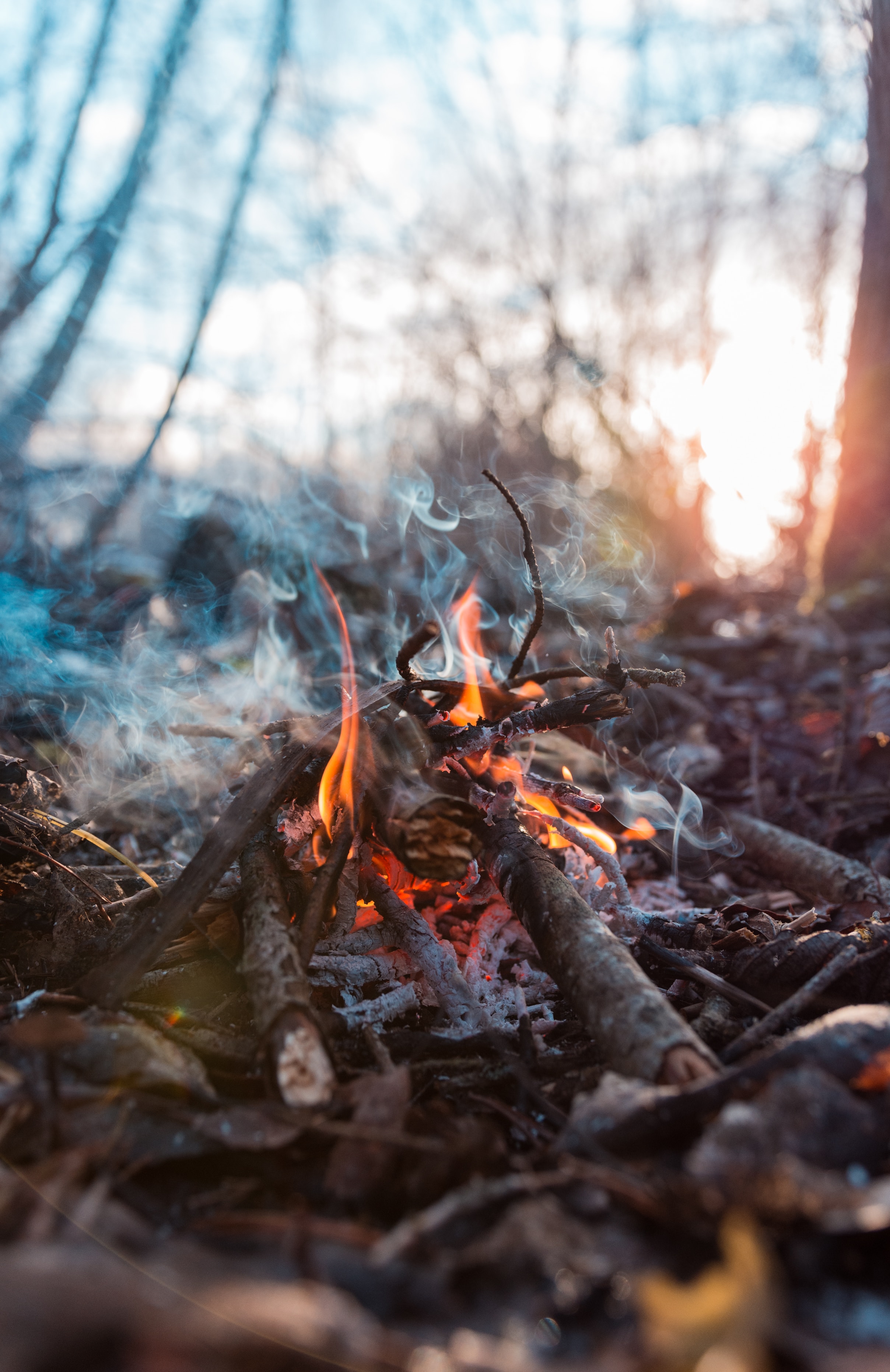 7 Best Camping Sites In South India For The Adventurous Backpacker 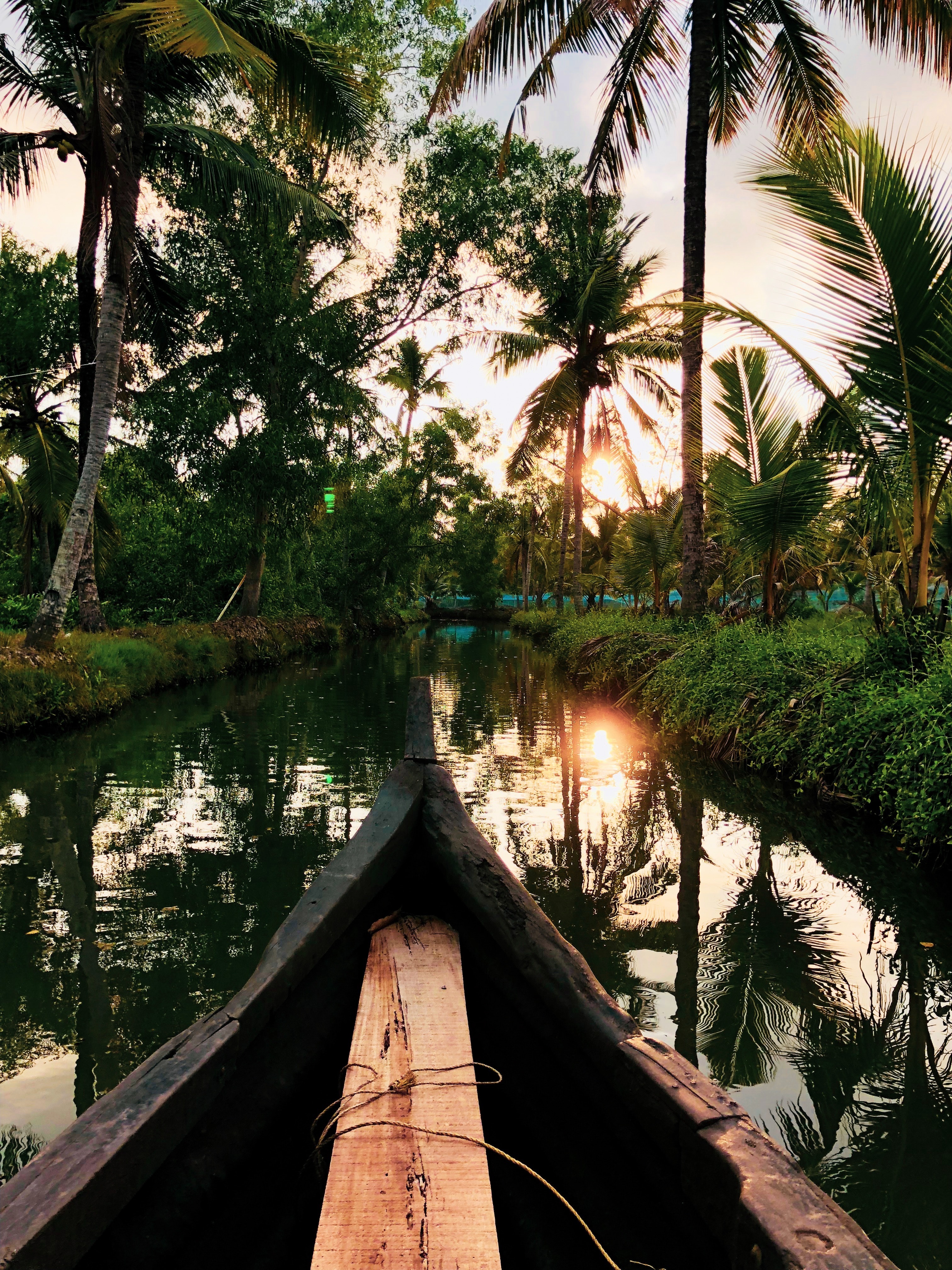 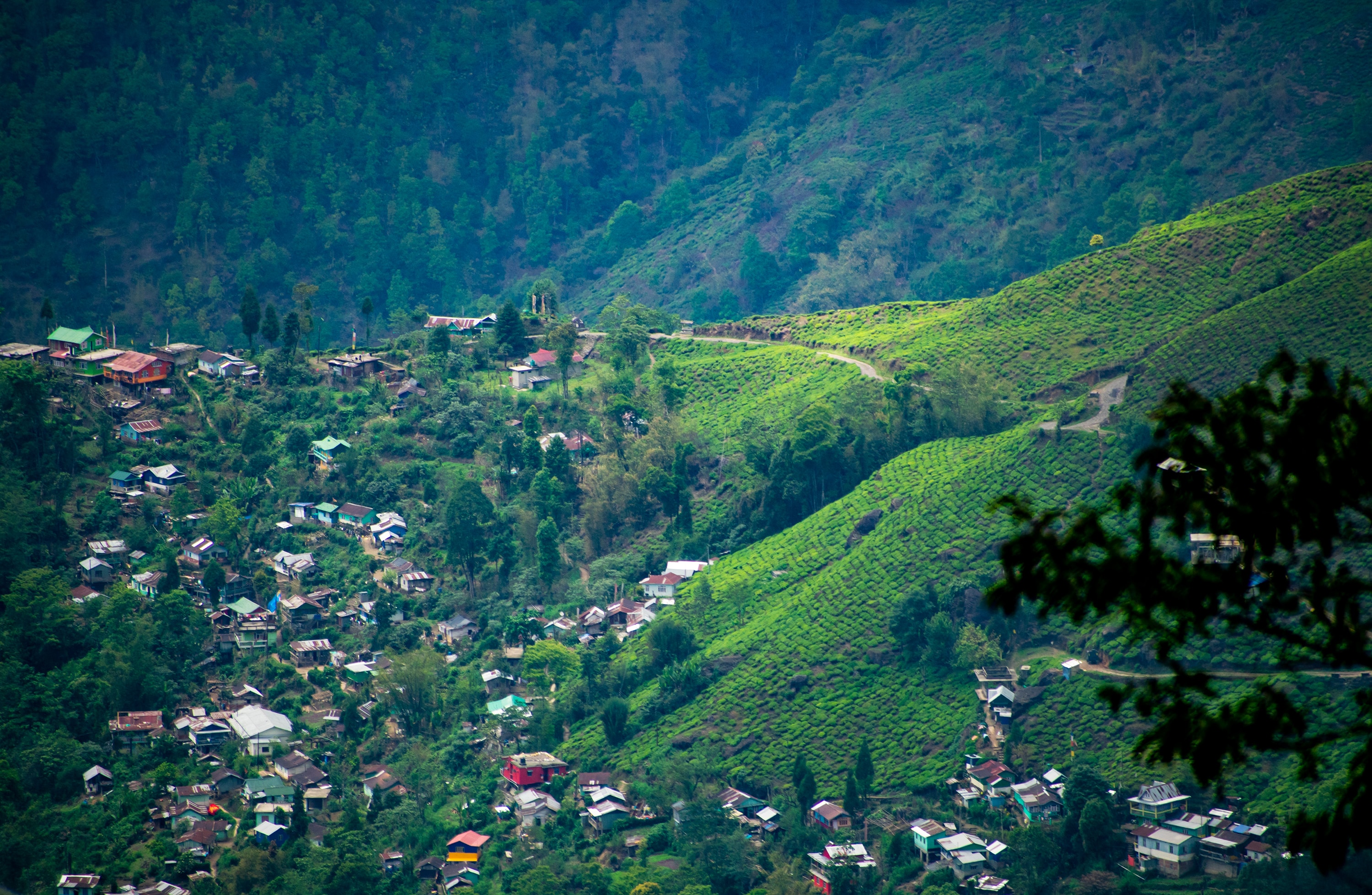