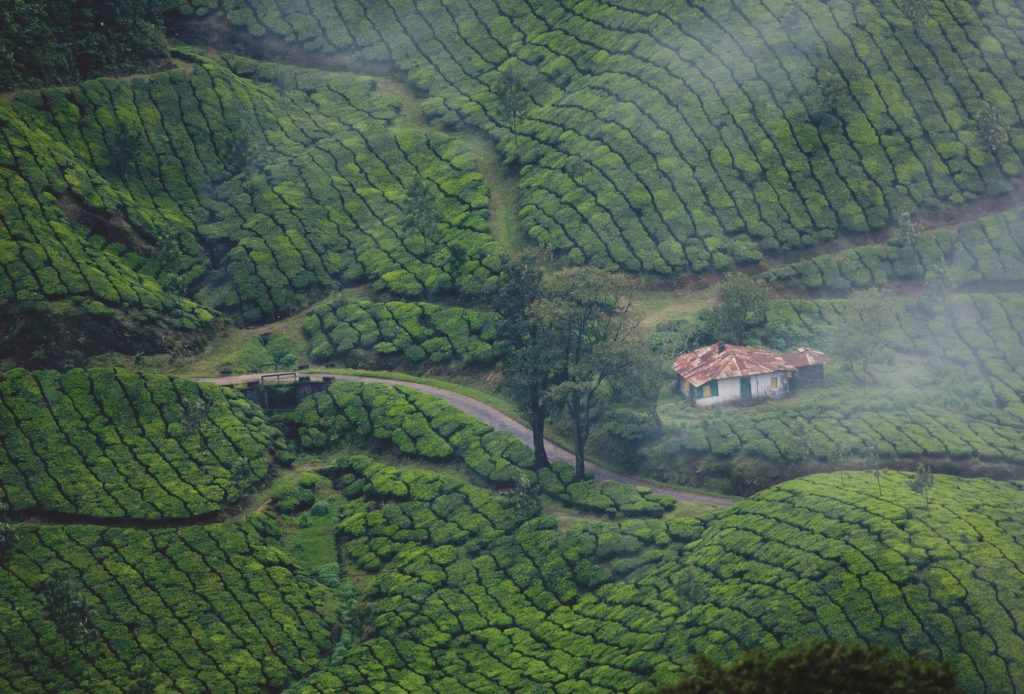 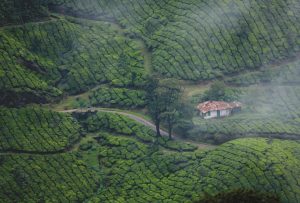 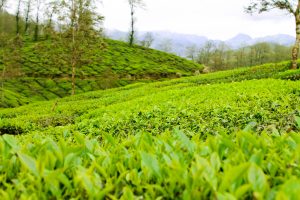 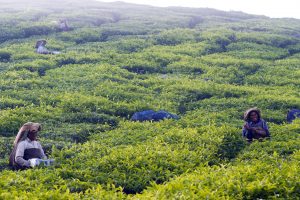 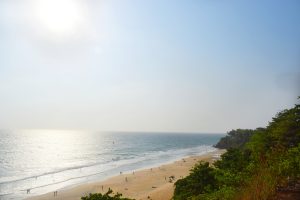 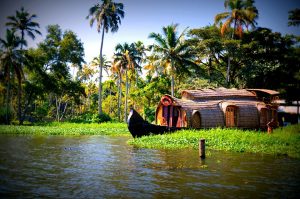 A Guide To Exploring Munnar

One of the prettiest destinations you will visit, Munnar is a place unlike any other. Lush green rolling hills, tea plantations as far as the eyes can see and the Western Ghats for company, these are just some of the reasons why Munnar is one of South India’s most loved hill stations. 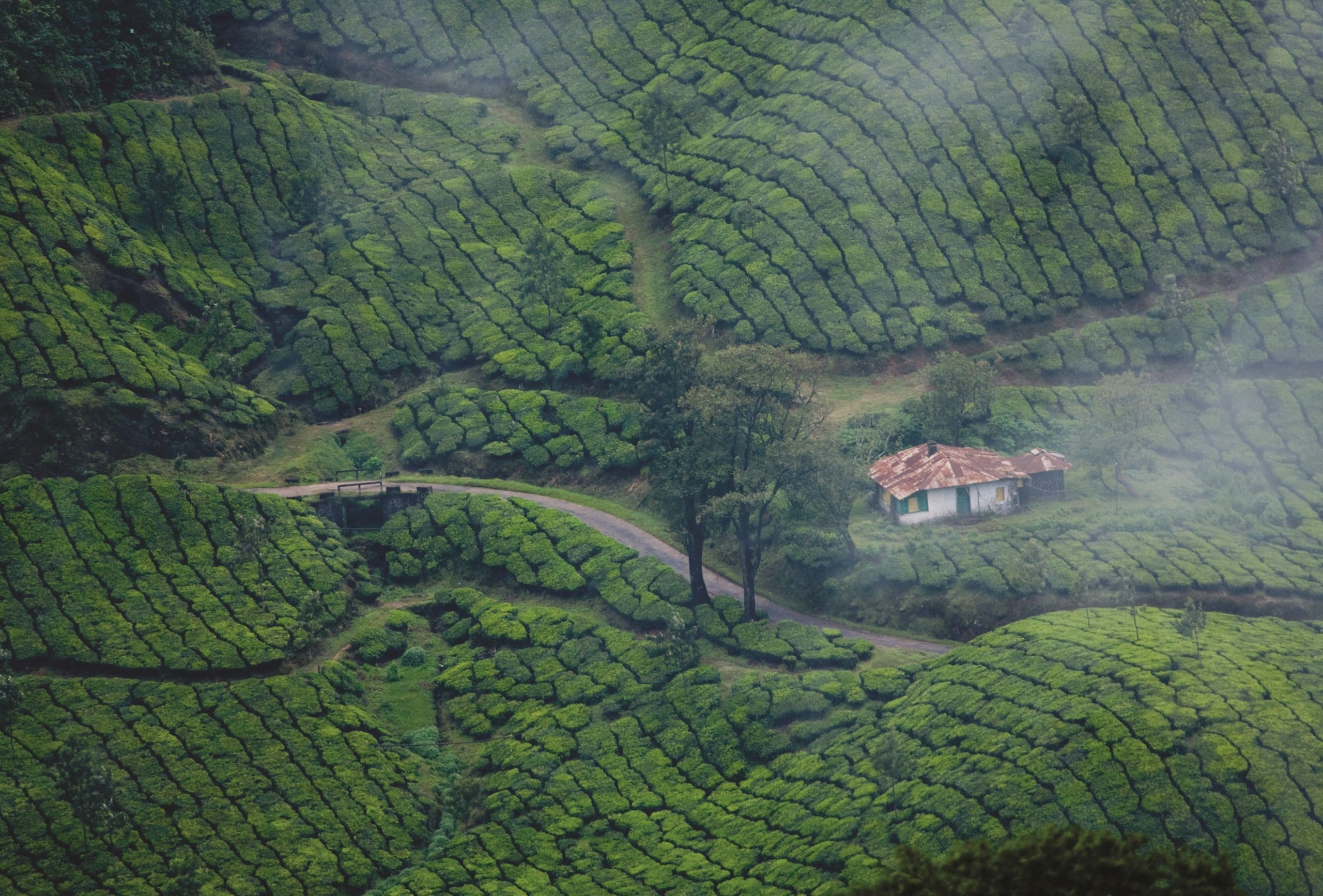 The images of iconic green rolling hills and expansive tea plantations are considered some of the most definitive images of Kerala as a destination along with the backwaters. Apart from being a popular tourist destination, Munnar is also home to some of the largest tea producing estates in the world, most notably Tata. An administrative town surrounded by nature, winding lanes and truly exotic flora, Munnar is considered one of the most romantic destinations in the country and is a place that you’ll find yourself keep coming back to.

History And Culture Of Munnar

While there aren’t many records of Munnar’s history until British surveyors explored the region in the 18th century, Munnar’s earliest record is of it being a forest in the Travancore kingdom, inhabited by the Muthuvan tribe. British resident John Daniel Munro first visited Munnar to settle a dispute between the Travancore kingdom and Madras. Munro was mesmerized by the beauty of Munnar implored the Poonjar Royal Family to lease him the land. He set up the North Travancore Land Planting & Agricultural Society in 1879. Munro instructed the society to cultivate coffee and cinnamon, and thus transformed the land. 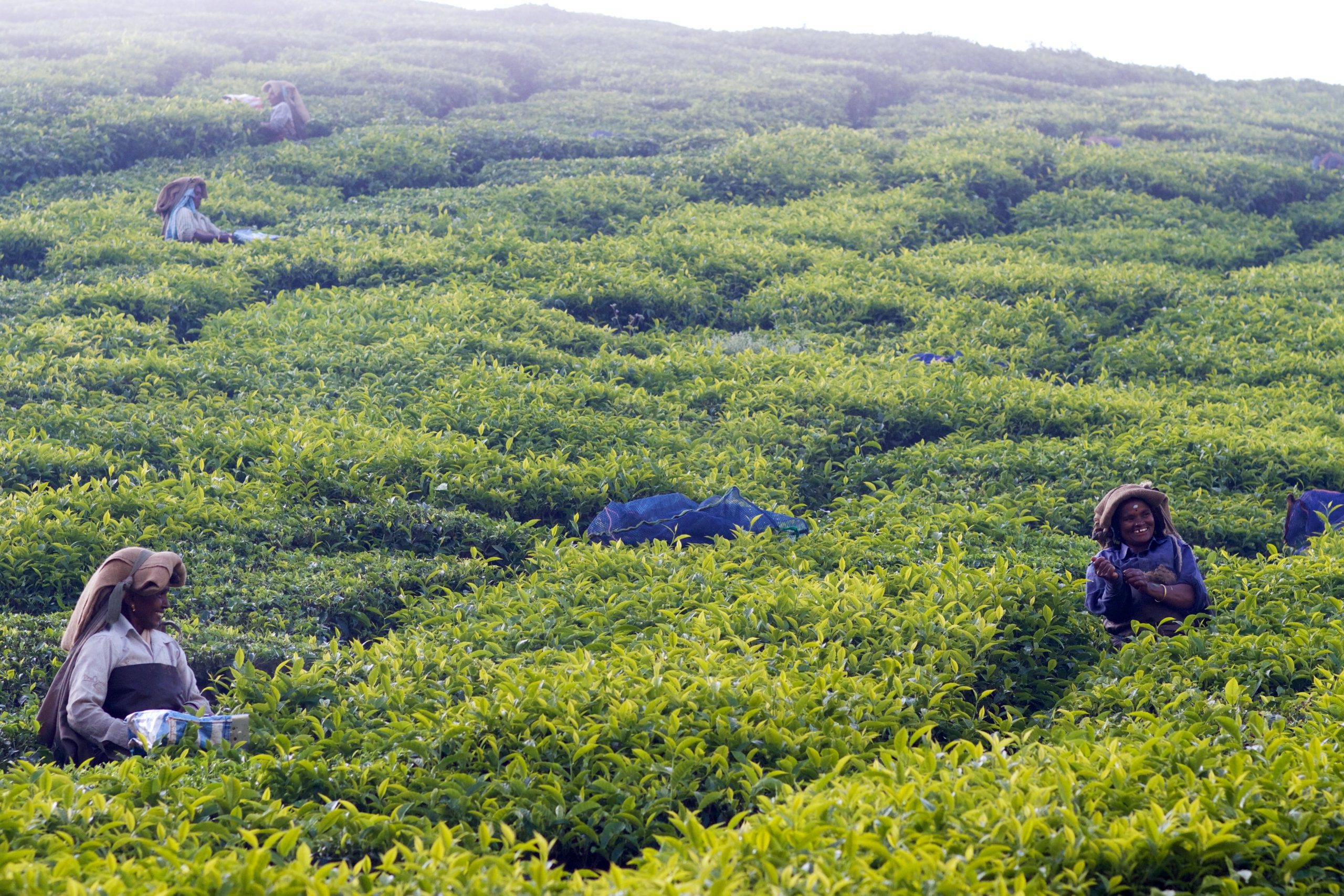 This would not be the only transformation Munnar would go through. The introduction of cultivating tea would rapidly change everything. Towards the late 1900s, a lot of companies including the Finlay Muir and company (one of the biggest tea producers) realized the potential of producing tea in the lush hills of Munnar and quickly bought 33 estates to ramp up their tea production efforts.

In 1963, Tata group made its entry into the tea industry along with Finlay, they formed the Tata Finlay group and by extension Tata Tea Limited was founded. This led to two things, tea became the most largely produced crop in the region, making Munnar the tea haven that it is today. People started to take note of Munnar as a destination. The urge to see the beautiful tea plantation and unwind amidst these beautiful hills led to Munnar becoming one of the prominent tourist destinations in the world.

The culture of Munnar is influenced by the Muthuvan locals, various British customs and a combination of influences from Kerala and Tamil Nadu. Tempted to visit? Here’s how you can visit!

How To Travel To Munnar

Getting To Munnar By Air

Munnar is a relatively small hill station and does not have an airport of its own. The closest airport to Munnar is the Cochin International airport, which is about 3 hours away. Cochin is extremely well connected to most metros and tourist attractions in the country. Flying into Cochin and driving to Munnar is one of the most popular options for people traveling from outside South India.

Getting To Munnar By Train

Getting To Munnar By Road 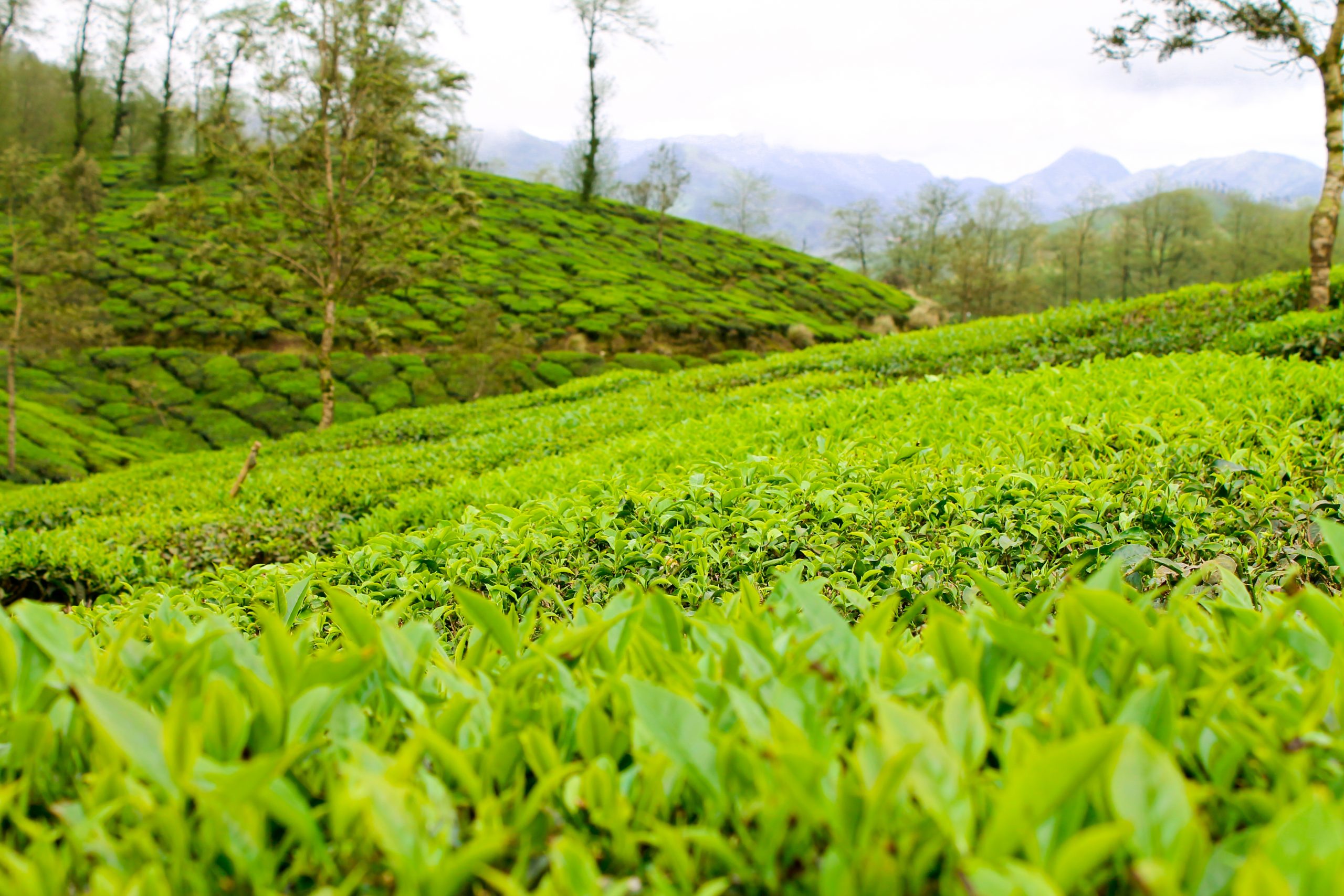 Winter months are the best time to visit Munnar, anytime from September up until March is ideally the best time. Summer months from April to June are also relatively pleasant and definitely a good enough time to visit. Avoid the monsoon months, i.e. from June to August. Munnar receives a lot of rainfall and your plans to explore Munnar during this period can be severely disrupted. If you find yourself in Munnar in August, try to attend the Onam celebrations that are widely celebrated across the valley.

Munnar is full of winding roads and the distances between destinations aren’t exactly walkable. We recommend having a vehicle at your disposal to truly make the most of Munnar. Hiring a car or renting a bike is the best way to explore the wildlife and the beautiful tea gardens that Munnar has to offer.

“Munnar is just the tea gardens.”

Munnar’s tea gardens are unlike none other, there are few things as relaxing as spending a day in the tea gardens surrounded by the Western Ghats. However, Munnar has a lot more to offer in and around it. Eravikulam National Park in Munnar is one such example. The park is home to tigers, leopards and other endangered flora and fauna is a must-visit during your trip to Munnar. 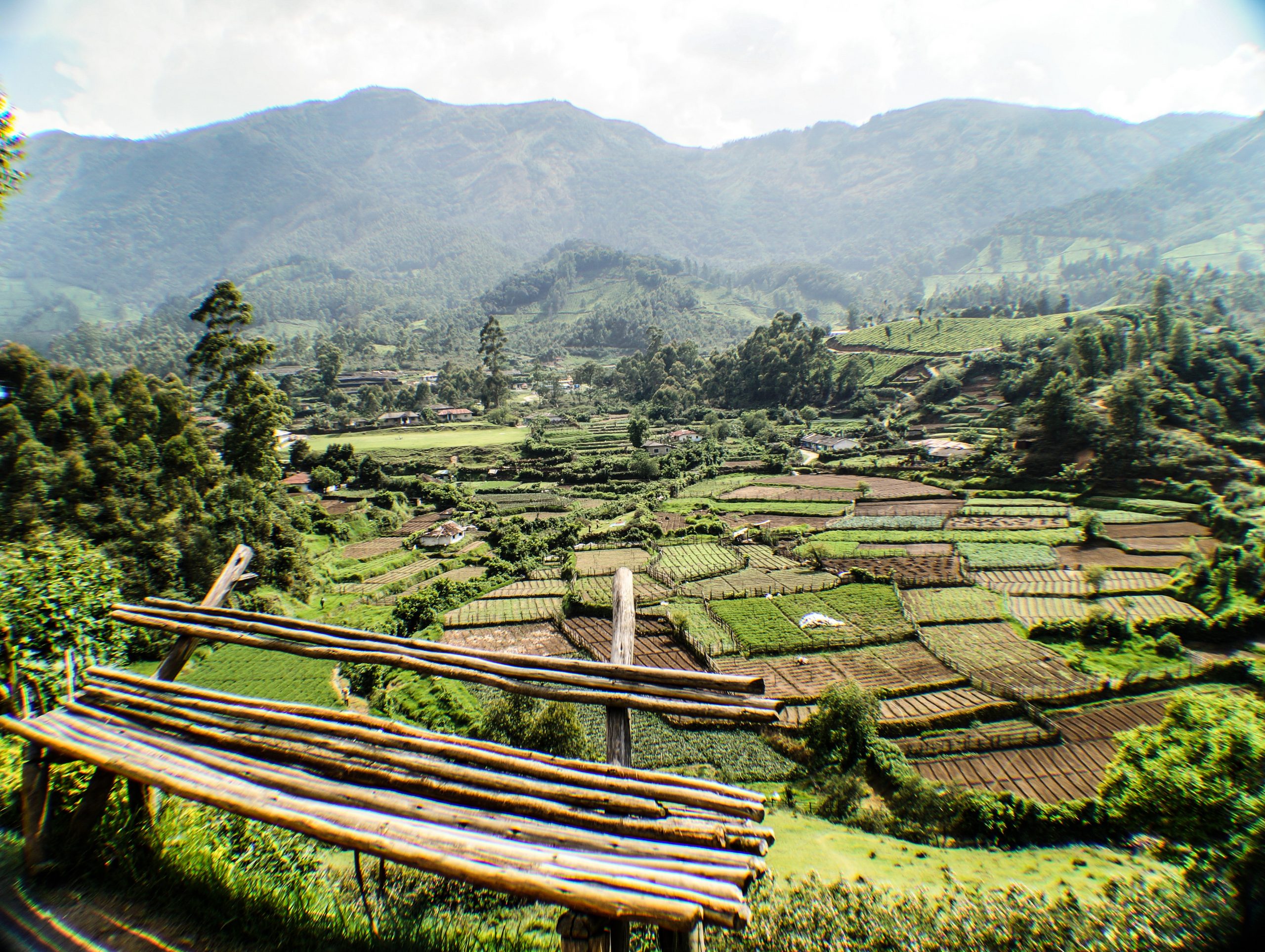 Similarly, Chithirapuram, Echo Point, the Marayoor Sandalwood Forest and the Attukad Waterfalls are some other spectacular places in and around Munnar that you can experience. So you see, Munnar is actually a lot more than just tea gardens.

Located in Munnar at an elevation of 2,000 meters above sea level, Eravikulam National Park is home to tigers, leopards, Nilgiri tahr, the Indian sambar, wild jackals, and other exotic flora and fauna. The national park is known to house some of the rarest and the most endangered species and is a must-visit.

A popular picnic spot around a lake, Echo Point is one of the most popular destinations in Munnar and is a favorite among campers and photographers.

Another popular picnic spot. Mattupetty Dam is a water conservation and hydroelectricity generation project. It’s surrounded by nature and is home to a plethora of birds and animals and is famous among families since it offers activities like nature walks and boating.

The trek up to Attukad waterfalls is an exciting one. Surrounded by dense vegetation, this secluded waterfall has become a hotspot among locals and travelers alike!

You’d be forgiven for thinking you are surrounded by clouds. Top Station at an 1,800-meter elevation, is the best place to get a panoramic view of the mountains around you as you look down at Munnar. Top Station offers mesmerizing views of all the nature around Munnar.

Home to the only sandalwood forest in Kerala. It’s suggested that the Pandavas in Mahabharata visited Marayur. It’s extremely famous among tourists and history buffs alike for its ancient dolmens and Neolithic rock paintings that go all the way back to the Stone Age.

Is 1 Day Enough For Munnar?

No. We recommend that you spend at least 3 days in Munnar to experience this hill station to the fullest. Make sure that you visit the Echo Point, Mattupetty Dam, Top Station, and Attukad Waterfalls when in Munnar.

Is Ola Available In Munnar?

No, Ola cabs aren’t yet available in Munnar. You can however get an auto rickshaw or board a bus to get around.

Is There Snowfall In Munnar?

Munnar does experience light snowfall and frost during the winter months, but you shouldn’t be expecting snowfall like in Shimla or Mussoorie.

Is Munnar Worth Visiting?

Yes! Munnar isn’t arguably the most popular destination in Kerala for no reason. Acres upon acres of tea plantations, lush green landscape, and a climate that’s invigorating all year round make it the perfect vacation spot. Also, the other popular hill station, Idukki, is also quite close by!

What Is The Speciality Of Munnar?

Munnar is best known for its tea plantations, verdant hilly landscapes, and national parks with sparkling streams and rivers cutting through the landscape. It’s also close to Anamudi, the highest peak in South India.

Which Is The Best Month To Visit Munnar?

The winter months of November to February are the best time to visit Munnar, with an average temperature range of 10-28°C. The summers are quite pleasant too, but it rains very heavily during the monsoon.

Which Is The Best Area To Stay In Munnar?

You can choose to stay in the town if you want easy access to public transport (most tourist spots are at some distance from the town). Kannan Devan Hills and Suryanelli make for great places if you want to be amidst nature. Munnar has no lack of places to stay. Check out Unstumbled’s curated list of the best hotels in Munnar to find places best suited to your tastes and budget!

Which Is The Coldest Place In Munnar?

Munnar itself is the coldest place in Kerala, but the places around the town that are at a higher elevation are naturally colder.

How Far Is Thekkady From Munnar?

Thekkady is about 91 km away from Munnar if you take the SH19. The trip would take you roughly three hours. There are also bus services plying between the two hill stations.

How Can I Reach Munnar Top Station?

Once you’ve reached Munnar, take the SH18, which connects the town with the Kerala State Boundary. Follow the road for about 35 km and you’ll reach Top Station.

Is It Safe To Drive From Kochi To Munnar?

It’s quite safe to travel from Kochi to Munnar. But if you’re driving your own vehicle, we’d advise caution as the roads are quite windy. A better option would be to hire a driver who’s well-versed with the route or get a cab. 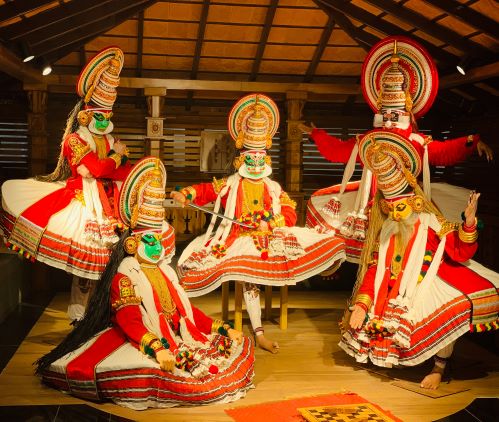 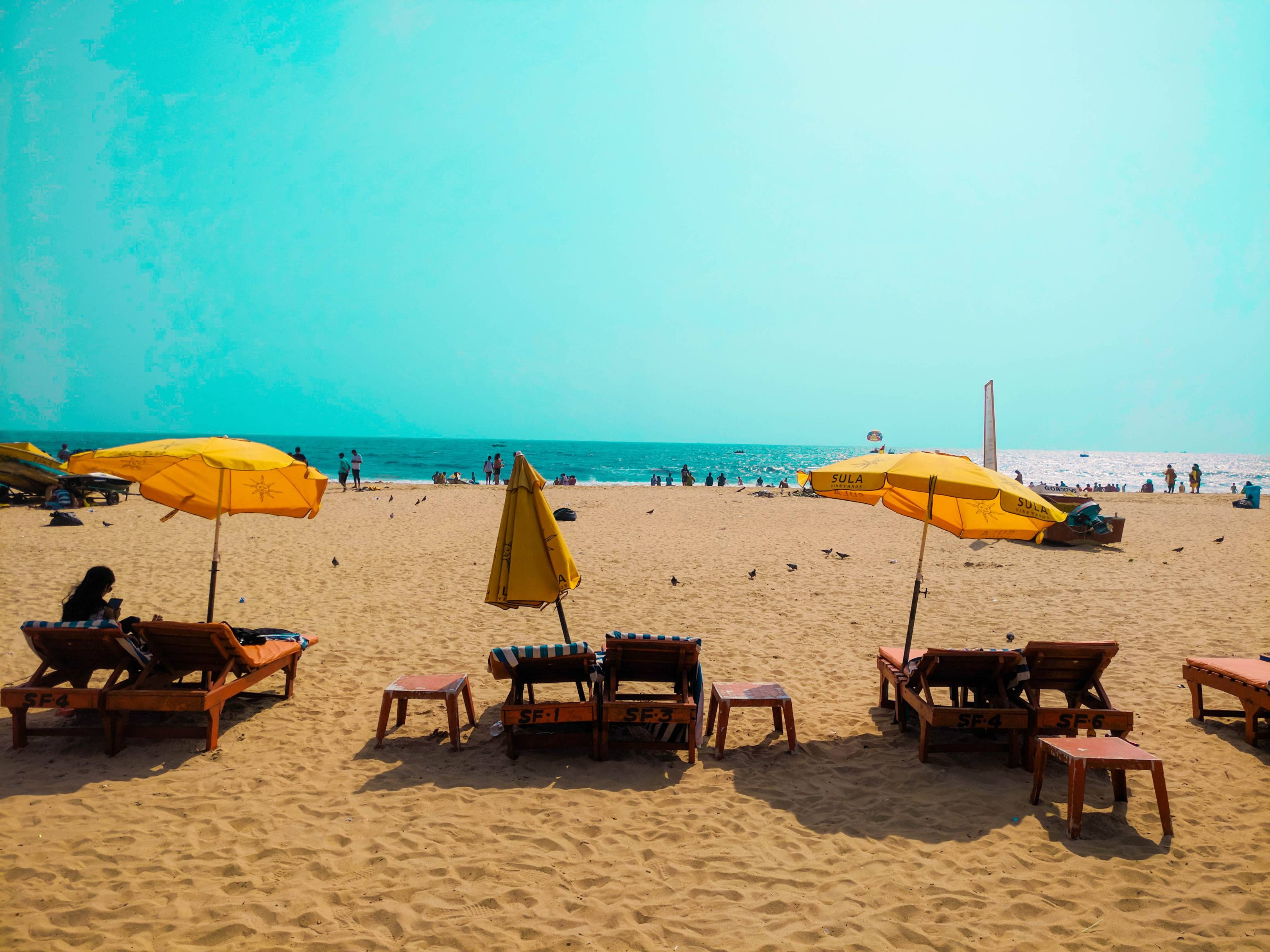 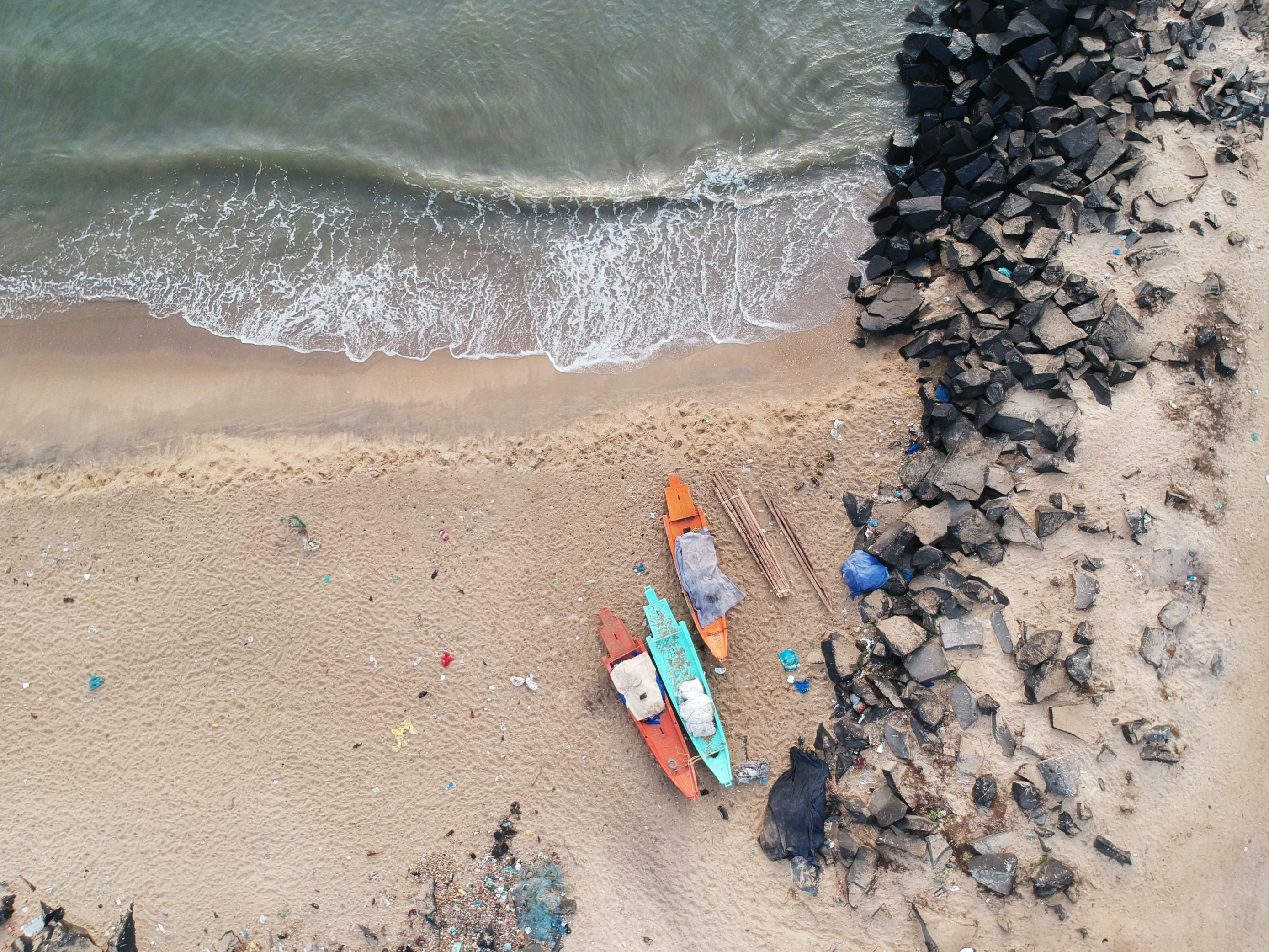 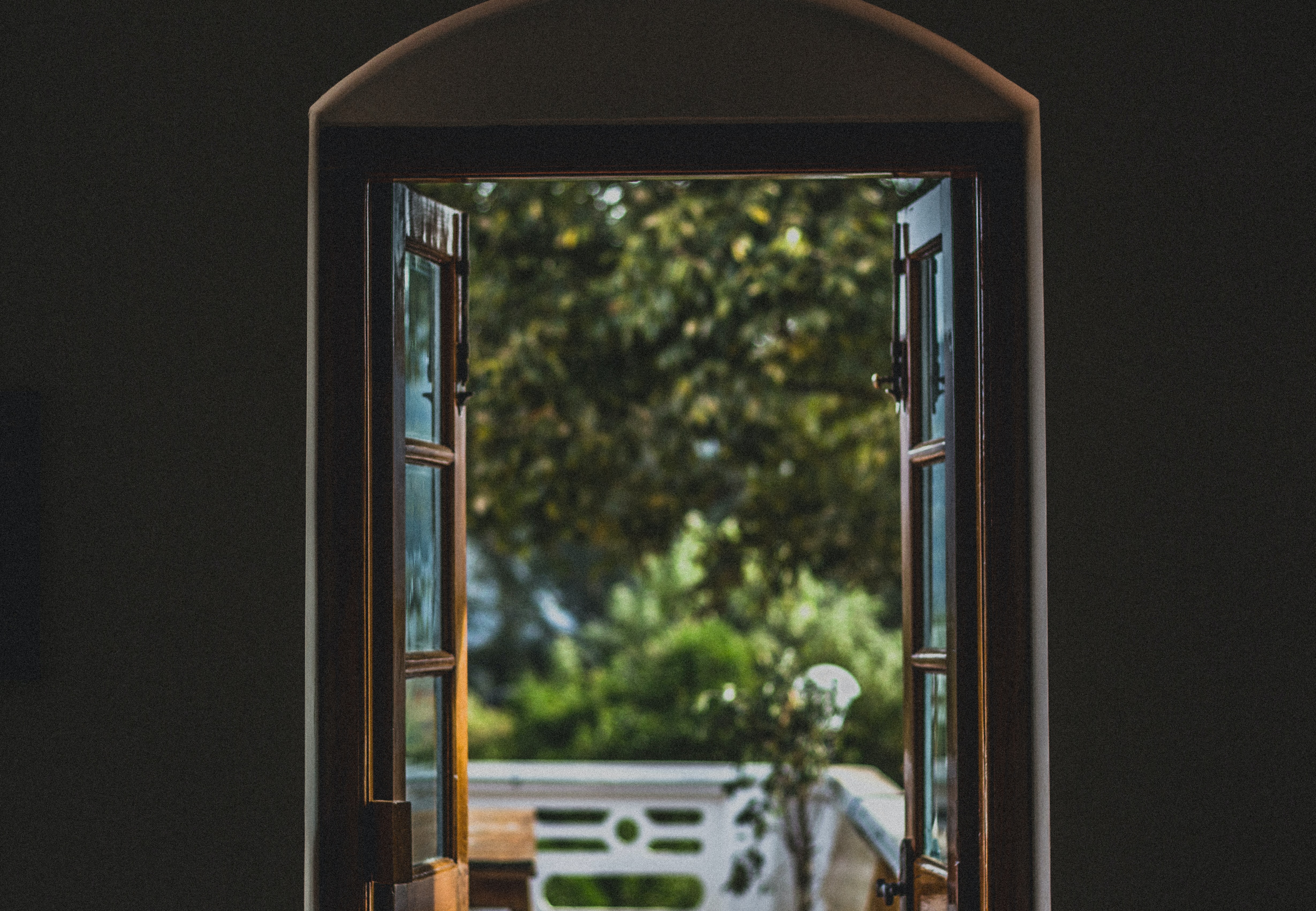 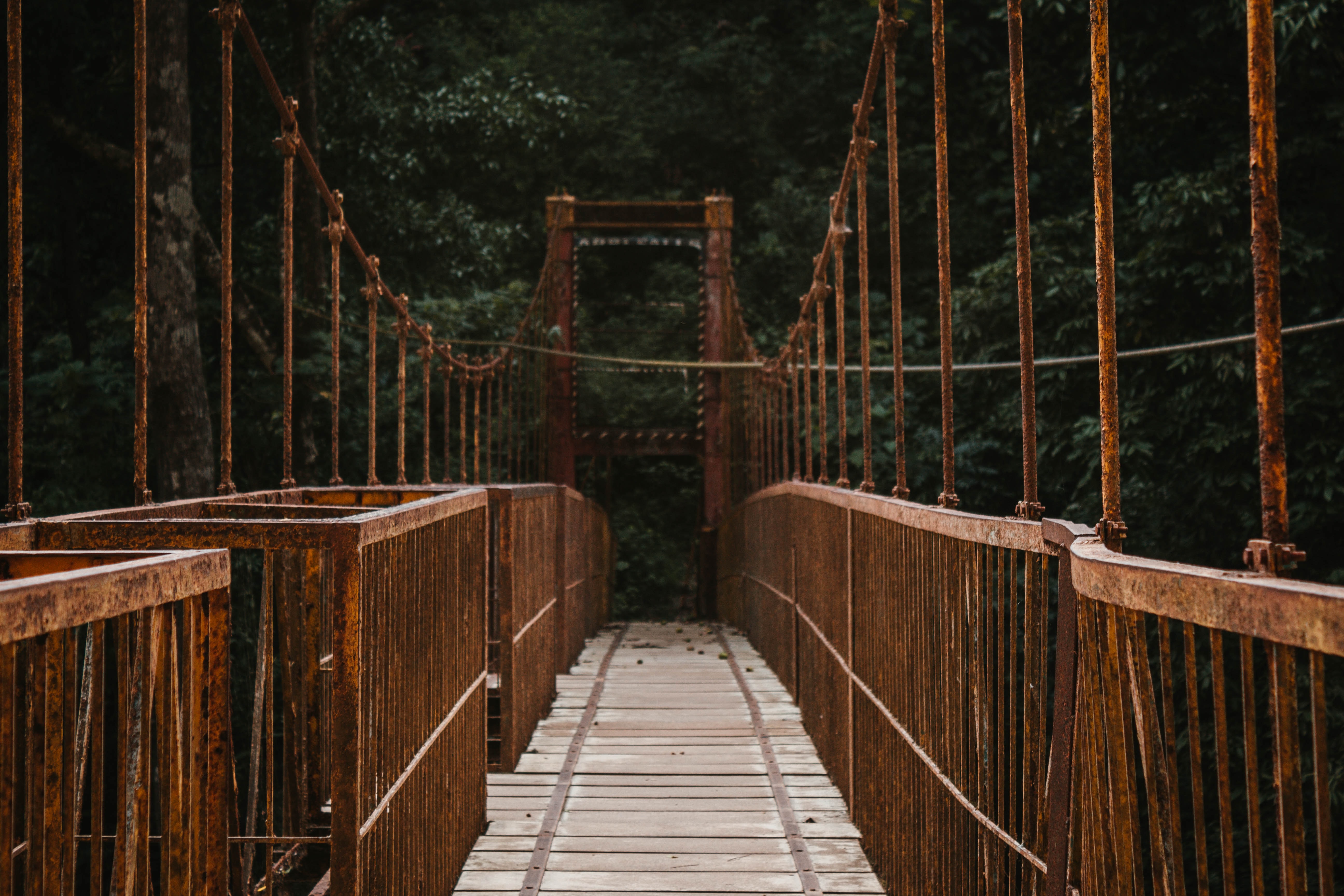