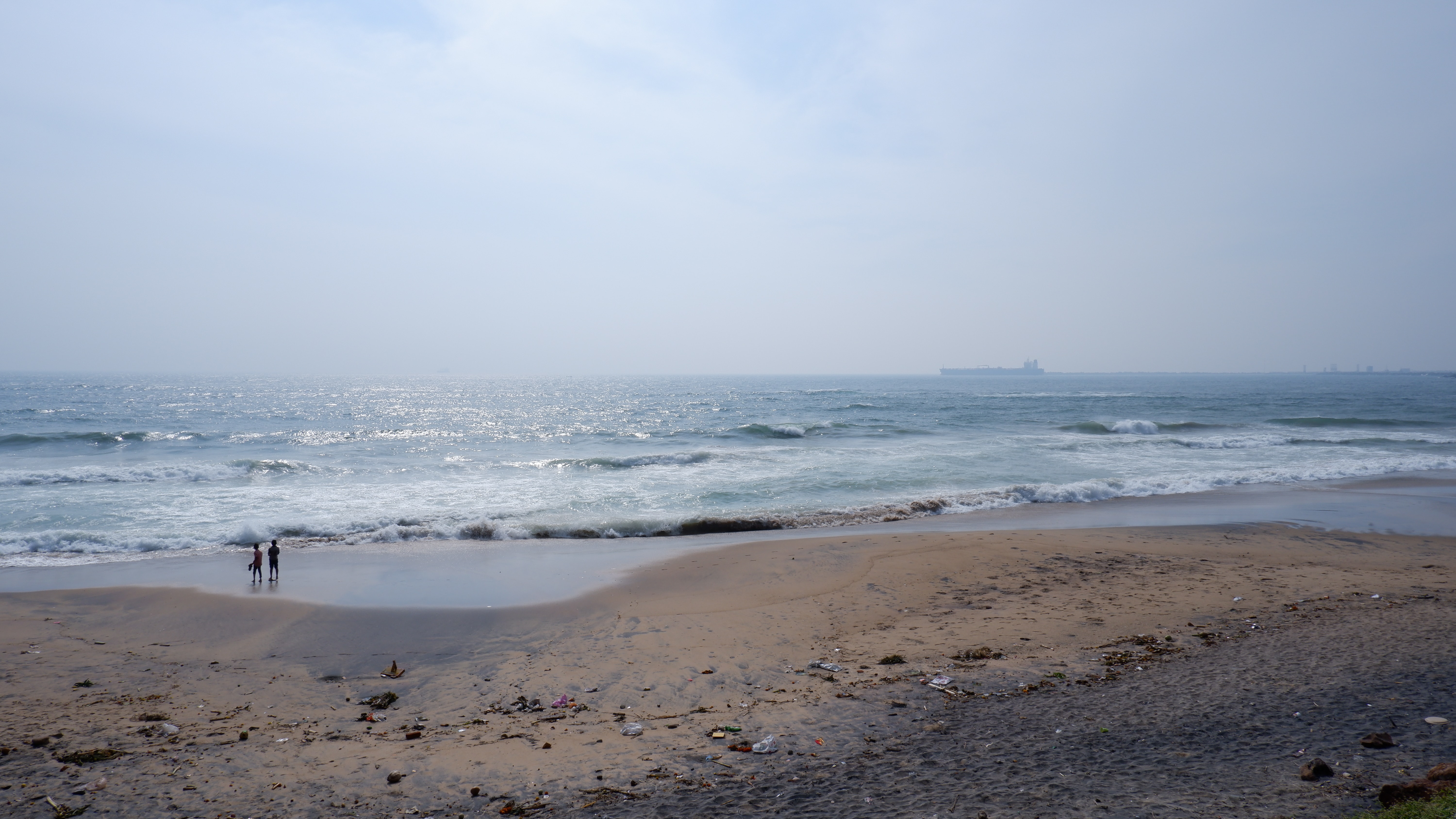 5 Of The Most Pristine Beaches To Travel

If you're feeling stuck, you need to step outside and wade into the calming waves of the sea. India is a vast country that boasts  of good culture, cusine, and beaches as well. Need to know which ones to visit? Read our article on top 5 beaches you must visit in India.

5 Of The Most Pristine Beaches To Travel

The longest recorded drive-in beach of Asia lies in God’s Own Country, Kerala. The beach lies in the city of Kannur and about 4 km of its shore runs in tandem with the NH66 highway making it a filmy experience for anyone wanting to go on a drive with a picturesque view on sight. The road that leads to this beach is surrounded by groves of coconut trees and is not paved, hence, providing the adventure of the rustic beauty of nature.

The Muzhappilangad Beach is generally known to have low tides and water currents. This makes it possible for tourists to enjoy a good swim at the beach. This place is also known to be a hotspot for migrating birds like Caspian plover and pectoral sandpiper. Around 200 meters to the south of this beach, there is an exclusive island which is called Dharmadam Island. Locally the island is referred to as Pacha Thuruthu which means ‘green island’. Due to the low tides, you can simply take a walk on the water to reach this island.

Located just to the north of Palolem Beach is the Butterfly Beach which is often wrongly known to many as Butterfly Island. The beach earned its name due to its peculiar shape that is quite similar to that of a butterfly. During the low tides, aquatic life like sea cucumbers, sea urchins, goldfish, and redfish wander here which makes this beach quite unique to the rest of Goa. On the way to the beach, you can also witness dolphins in the middle of the sea. Additionally, a part of this beach is known to have countless butterflies flying around making for a breathtaking view.

The beach is quite serene as it has managed to stay away from the limelight compared to all the other beaches in Goa. There are no roadways that connect this beach to the state and this is the reason due to which this place has remained secluded. You either have to hike for over two hours through the forest to reach the beach or take a ferry from another beach (either Palolem or Agonda) to reach here.

Often not recognized for more than the sand dunes that stretch as the ocean of desert, the state of Gujarat has more to offer. Predominantly referred to as a state of the desert, the beaches of Gujarat often go under the radar, making them some of the best offbeat places. The Shivrajpur Beach is one such hidden gem of the Indian state. It is situated only 12 km away from Dwarka and about 22 km from Okha on the Dwarka-Okha highway.

The beach is known for its crystal clear waters and white sands. Various birds and dolphins have been spotted on this beach by the locals. There is a lighthouse in the vicinity which creates the perfect image of the tranquil shore. Maharao Deshalji, a ruler of Kachchh, had built a fort here to provide shelter for the Kachchhi vessels in 1720. The place is enriched with magnificent natural beauty and history.

The beach is not commercialized, which makes it secluded and easy to maintain. Shivrajpur beach is regulated with several rules and has fixed timings (6 am to 6 pm) for tourists to visit. Locals here had put in a lot of effort towards cleaning and upholding the natural beauty of the beach. A testimony to this is the fact that it was awarded the Blue Flag certification. This certificate is an eco-label that is awarded to only a selected number of beaches that have a safe and hygienic environment. Beaches with Blue Flag are recognized to be the cleanest beaches in the entire world and it is no wonder why you should consider visiting this beach.

All those picturesque views of beaches on the Internet with turquoise waters, silvery-white sands, undulated coconut groves, and stunning coral reefs can be witnessed in real life in Lakshadweep. Honestly, every beach in this region is truly spell-binding. But Agatti Beach is one of those beaches in the island that remains unexposed to the major part of the tourists. The beach offers several activities like snorkeling, kayaking, sailing, water skiing, scuba diving, and fishing. The accommodations in the area have numerous luxurious stays like deluxe cottages and bungalows.

To enter this Union Territory, you will require a permit. You can apply for an e-pass at the portal of their administrative office. For a soothing vacation, Lakshadweep offers just the right environment.

The Ottinene Beach in the Udupi District of Karnataka is again one of the lesser-known beaches of South India. The beach is maintained by the forest department. It is partially surrounded by the woods and elevated cliff which makes it very difficult to identify and, thus, has remained out of the tourist radar for many years. The shape of the beach is quite unique as it looks like the River Sumana is making a U-turn as it joins the adjacent Arabian Sea.

The tune of the tides of the beach that constantly hit the rocky hills on the shore and the swaying palm trees soothes your entire being. From the elevated cliff, an observation deck has been built to give a soul-gripping view to the visitors. There is also a sunset point at the beach for the tourists.

The forest department has established few accommodations like eateries and cottages for the tourists which can be pre-booked from the Kundapura forest office. Staying at a place with a view like this can rejuvenate your mind and body. The option of pre-booking cottages is something that we approve of; this ensures limited visits from different places. The beach is camouflaged due to the forest area concealing it from the outside world which makes it a good spot to visit during this pandemic.

Also Read: 9 Things To Do In Chikmagalur Karnataka

Which Beach Is Big In India?

If you’re wondering which is the longest beach in India, it’s Marina Beach in Chennai. It stretches for as long as 12 km along the Bay of Bengal.

Which Indian State Has The Best Beaches?

Goa is best known for its beaches. But the beaches in Karnataka, Lakshadweep, and the Andaman and Nicobar Islands are well-known too.

Which Is The Cleanest Beach In India?

Padubidri Beach in Udupi, Karnataka, has earned the title of the cleanest beach in the world! This was declared by a jury of the Foundation for Environmental Education (FEE).

Why Indian Seas Are Not Blue?

You’d think pollution is the main reason for beaches in India not being blue, but there’s more to it. Factors like the color and consistency of the sands, the plankton in the waters, and the fact that rivers bring soil and sediment to the seas are responsible for it. If you visit the beaches in islands like in the Andaman and Nicobar Islands, Lakshadweep, or the Palolem Beach in Goa, the waters there are much bluer!

How Can I Go To Lakshadweep?

You can choose to go to Lakshadweep either by ship or flight from Kochi. Whether you’re a citizen of India or not, you are obliged to apply for a permit. For citizens, all they have to provide are name, address, date and place of birth.

Is Lakshadweep And Maldives Same?

Located in the Laccadive Sea off the coast of Kerala, Lakshadweep is an archipelago that comes under Indian jurisdiction. On the other hand, Maldives is a different island country that’s located to the south of India. Geographically speaking, both Lakshadweep and Maldives are quite similar.

Is Passport Needed For Andaman?

As the Andaman and Nicobar Islands are an Indian Union Territory, Indian citizens don’t need a passport to visit this archipelago.

Which State Has Beach In India?

Below are the states in India that have beaches: 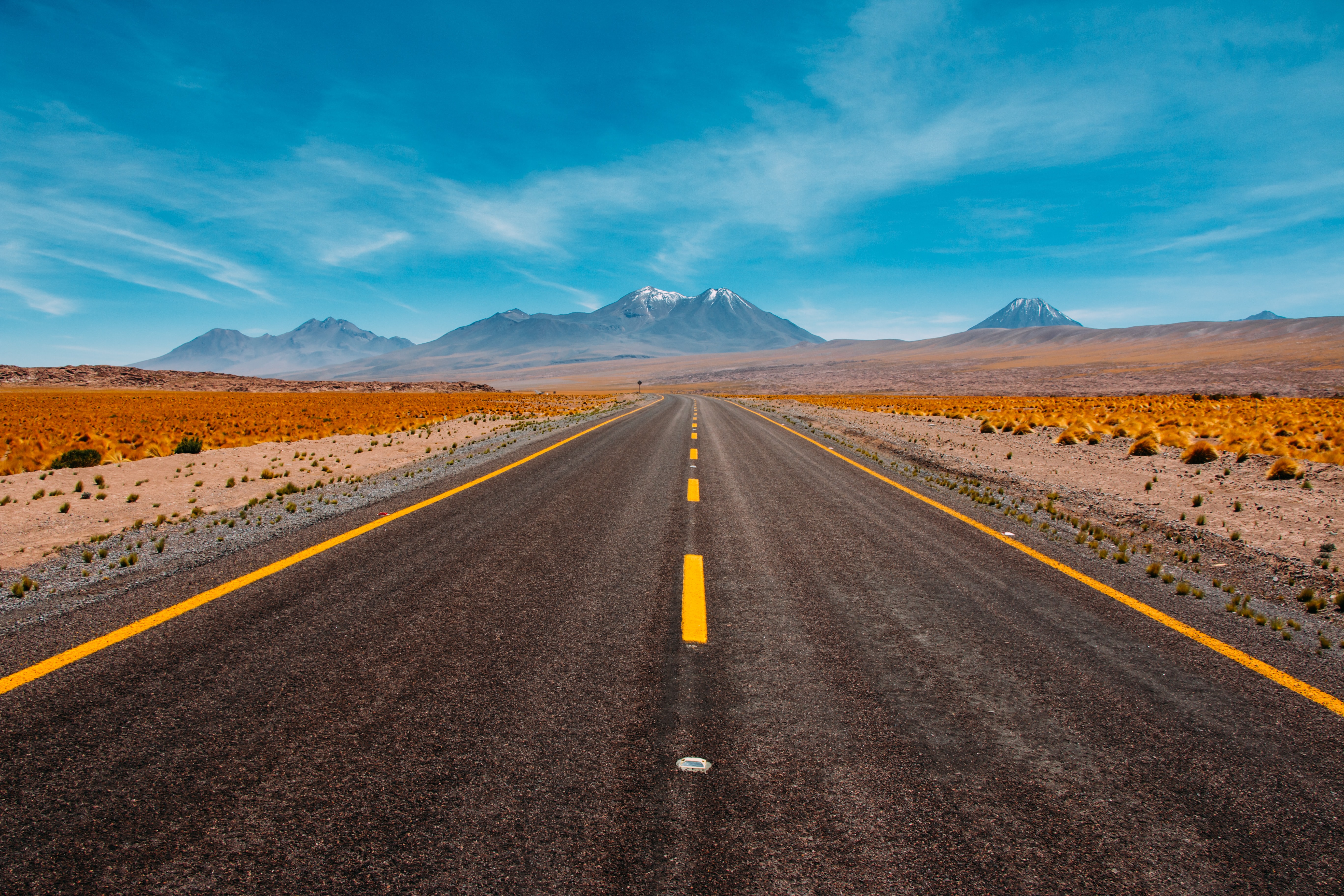 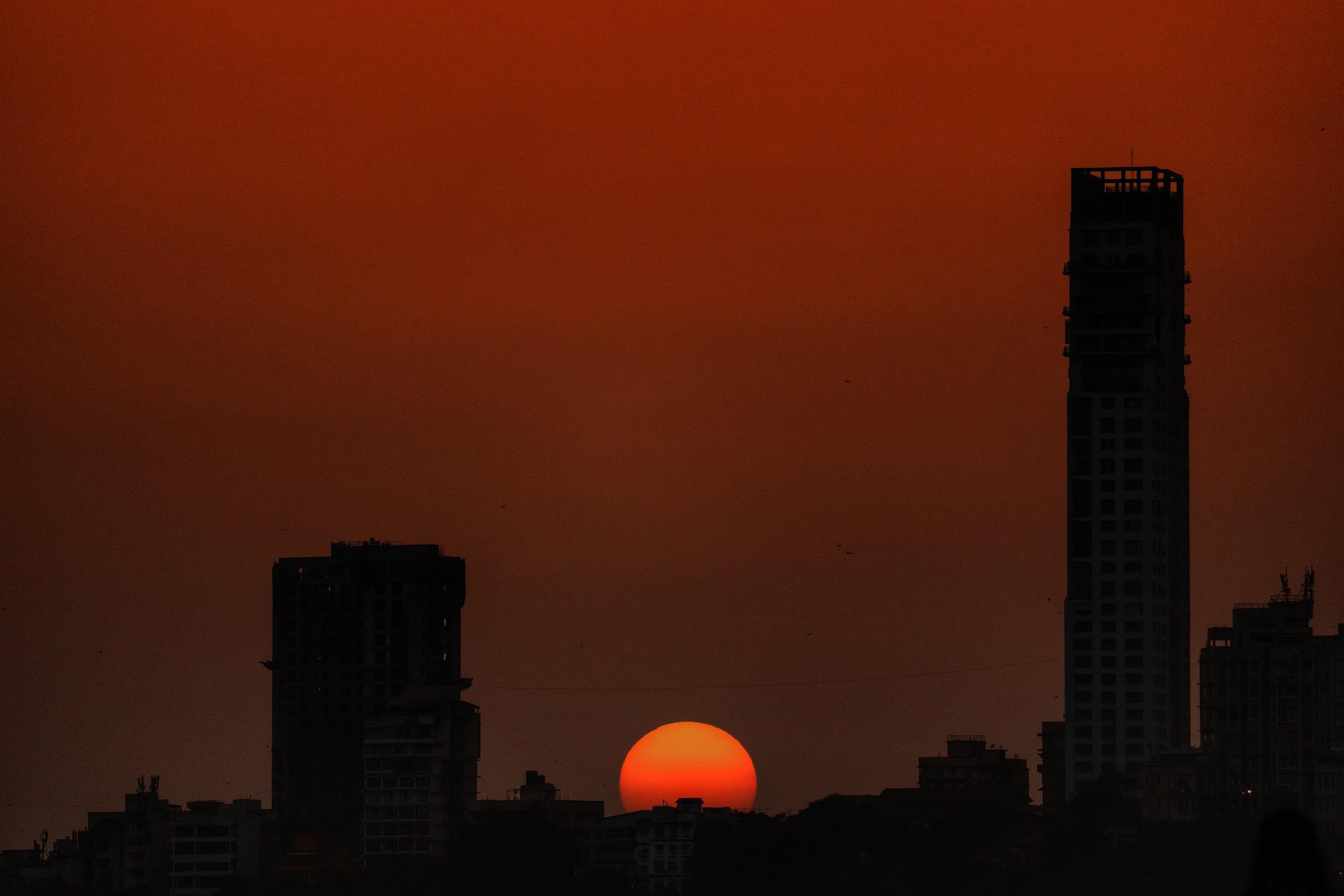 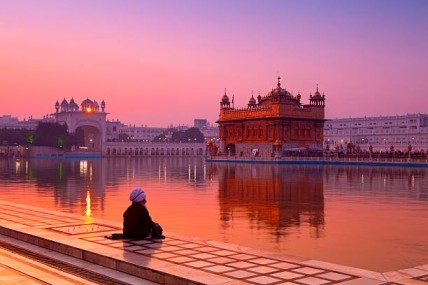 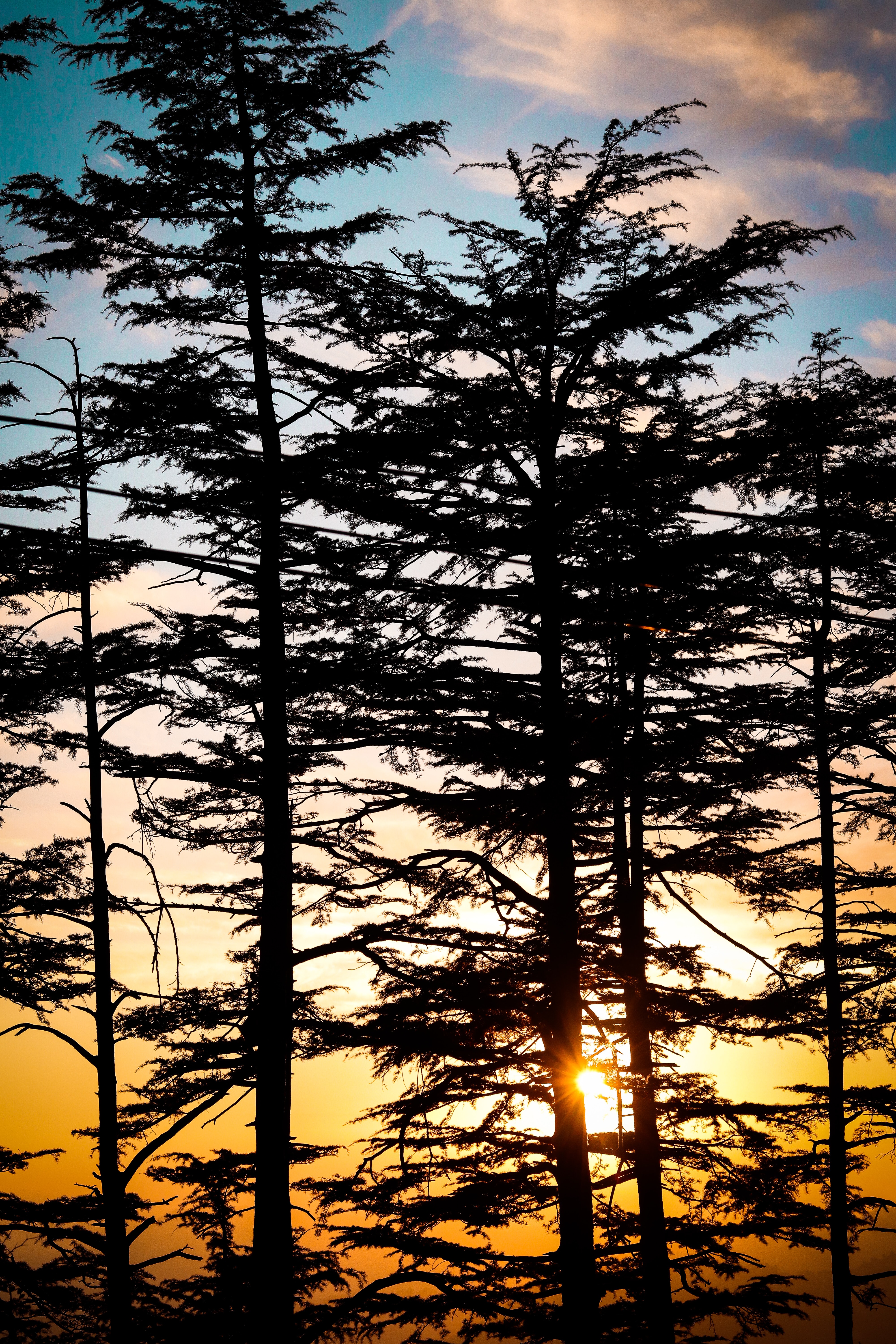 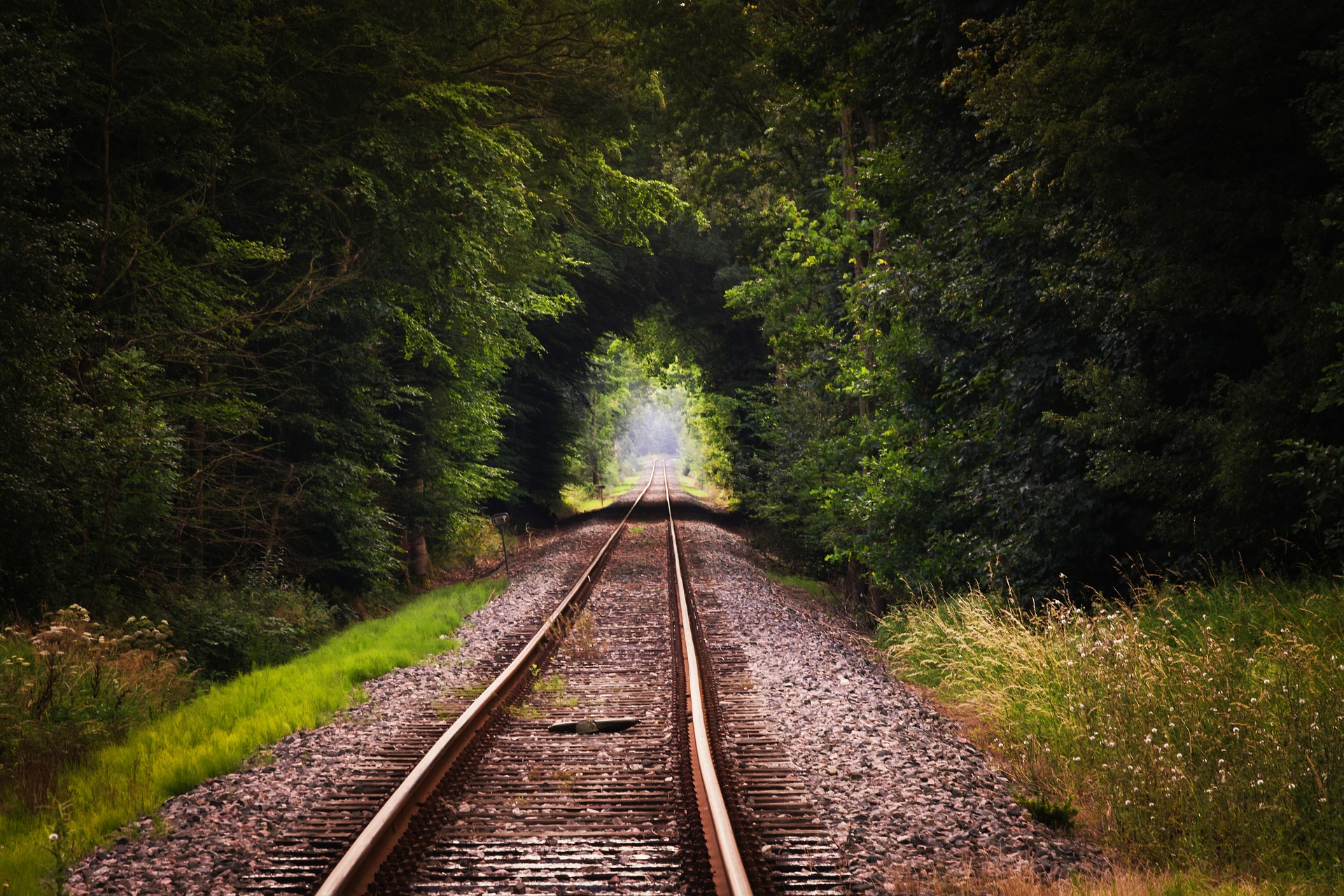 Train Travel Tips To Keep You On The Right Track