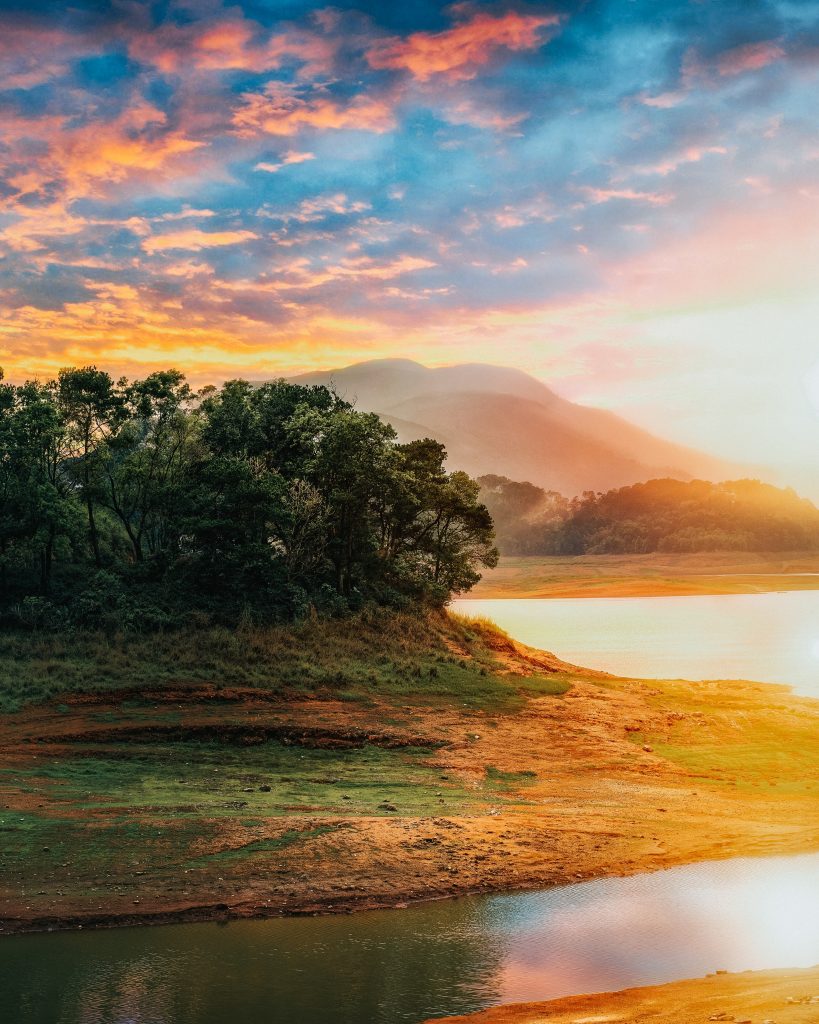 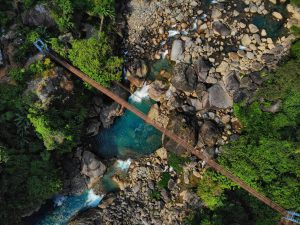 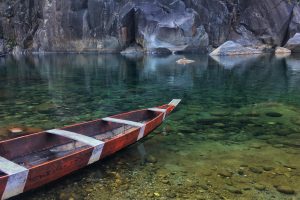 If you’re looking for the place of your dreams as your vacation spot this new year, then look no further because Meghalaya quite literally translates to an abode among clouds. Dreamy, picturesque, and full of nature’s bounties, Meghalaya is the perfect getaway for the rustic in you!

A relatively new state, Meghalaya is one among the seven sisters of Northeastern India and has, despite its lushness, natural abundance, and salubrious climate managed to somehow stay a hidden gem in India’s tourist crown. Previously a part of Assam, Meghalaya emerged as a state of its own on 21st January 1972, carved out of the districts of the United Khasi, Jaintia, and the Garo Hills.

For some, Meghalaya is synonymous with Cherrapunji, which is dubbed the country’s wettest region and for good reason – the rainfall sometimes exceeds 450 inches in the monsoons! Meghalaya is known for its subtropical forests that boast of a wide variety of rare wildlife like the common fox, Himalayan black bear, large Indian civets, yellow-throated marten, sloth bear, hog badger, etc. The state also houses the two endangered species of the ape and the capped langur.

Meghalaya is an interesting blend of sophisticated urbanization and the stillness of nature. While the capital city gives a taste of urbanized individualism and commercialization to a newcomer, the Meghalayan countryside, the profuse lakes, and the rainforests offer a rare, unsevered link to the heart of nature. The forests also give way to an agrarian economy that supports local farmers and producers. Keep reading our Meghalaya travel guide to get more insights into this beautiful state.

History And Culture Of Meghalaya

Meghalaya is known for the indigenous tribes that are its pride. The state is of immense archeological significance as it has been proved that people have lived there since the Neolithic Age! It is the confluence of the richness of the three major tribes that are the foundation of Meghalayan history and culture; the Khasi, Jaintia, and the Garo. 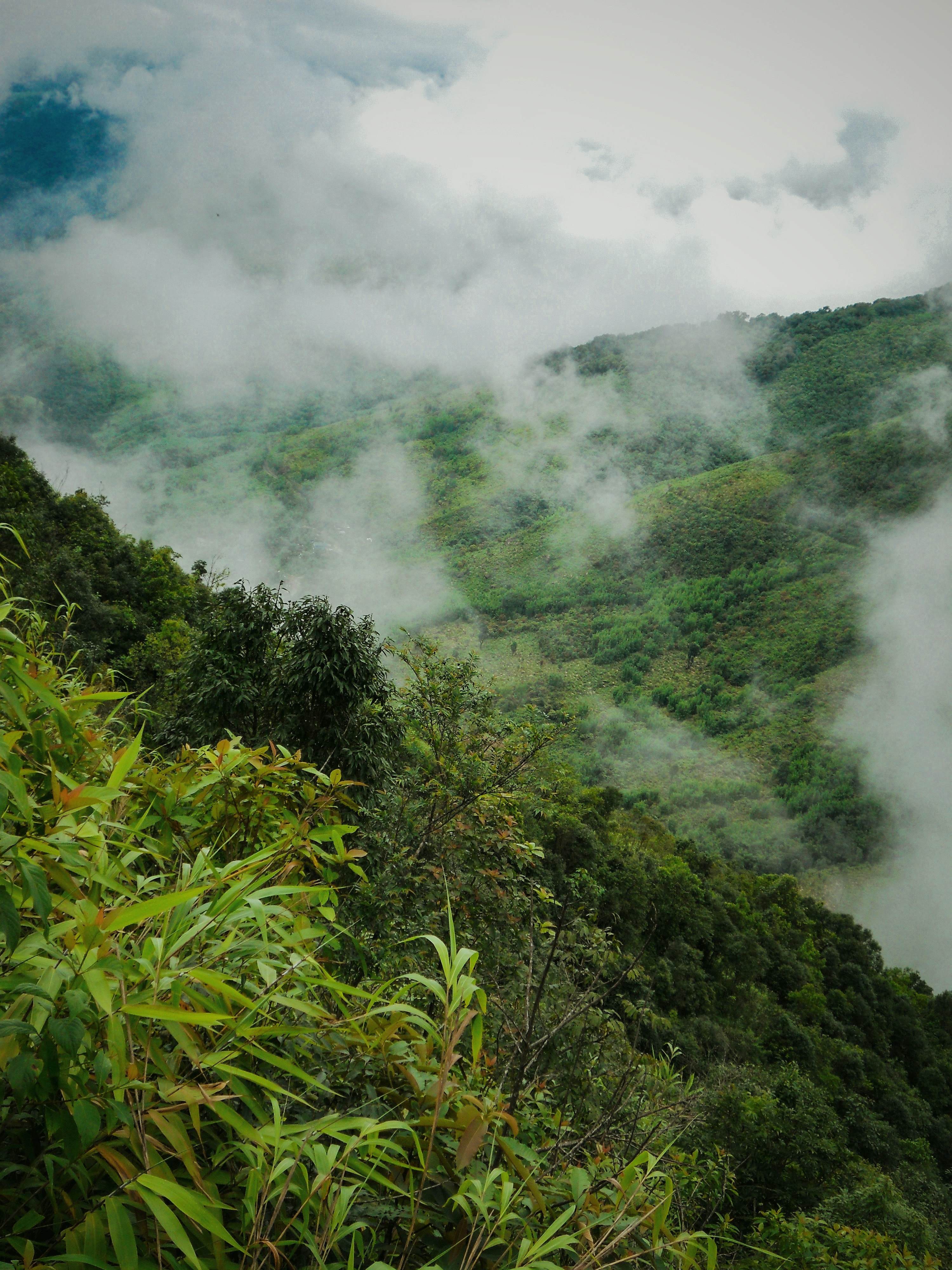 The induction of Meghalaya into the larger state of Assam took place in 1835 under the overview of Lord Curzon. But the people of Meghalaya were not happy with being lumped together with another state. They began to clamor for autonomy through the Movement for a separate Hill State. The struggles of the people saw fruition when the Assam Reorganisation (Meghalaya) Act of 1969 was enacted and the state was given autonomy. This autonomy was further strengthened when the Parliament passed the North-Eastern Areas (Reorganization) Act in 1971.

As for the culture of Meghalaya, it’s primarily a matrilineal society, where the women inherit property and are seen as carriers of lineage and history. The legal institutions of Meghalaya are distinct and sophisticated for their time and have been around for centuries. They operate at different levels of society and are individual to the three different tribes that the state constitutes.

With regard to religion, Meghalaya has a Christian majority with over 75% of its population following the varying denominations of the religion. The plethora of churches in the state is probably proof of this religious phenomenon. The state boasts of an eclectic cuisine that is a spice lover’s heaven. Rice is the staple food in Meghalaya and is served with a variety of spiced meat, especially steamed or boiled pork preparations. You’ll notice women in the state dressed in traditional clothing with wrap-around skirts made out of a regional fabric called Mulberry silk. The name and style of the attire vary according to the tribes that adopt it.

Also read: 9 Fun Things To Do In Meghalaya For A Memorable Holiday

How To Get To Meghalaya

Getting To Meghalaya By Air

The capital of the state has the Shillong Airport at Umroi which makes domestic flights the easiest way to reach the state. The next closest airport to Meghalaya for international flights is the Lokpriya Gopinath Bordoloi International Airport in Guwahati, Assam, which is around 127 kilometers from the city of Shillong. This distance can be traversed through a cab as bus services are yet to be installed.

Getting To Meghalaya By Train

As with the airport, the nearest railway station to the capital city is in Guwahati, Assam. While this entails a significant amount of traveling time, this railway station is extensive and well-connected to other major cities like Chennai, Delhi, Mumbai, Kolkata, etc.

Getting To Meghalaya By Road

Meghalaya has a road network of around 7,633 km, which makes it quite well-connected in terms of its roads. It is connected to Assam, Mizoram, and Tripura through major national highways which makes road travel to and from these states possible and easy. National Highways 40, 51, 62, 44, and 44E facilitate road travel across the state.

A quick note of caution: As Meghalaya is known for its high precipitation and heavy rainfall, road travel during the monsoon season might be unpredictable as the roads tend to get water-logged and difficult to get across. 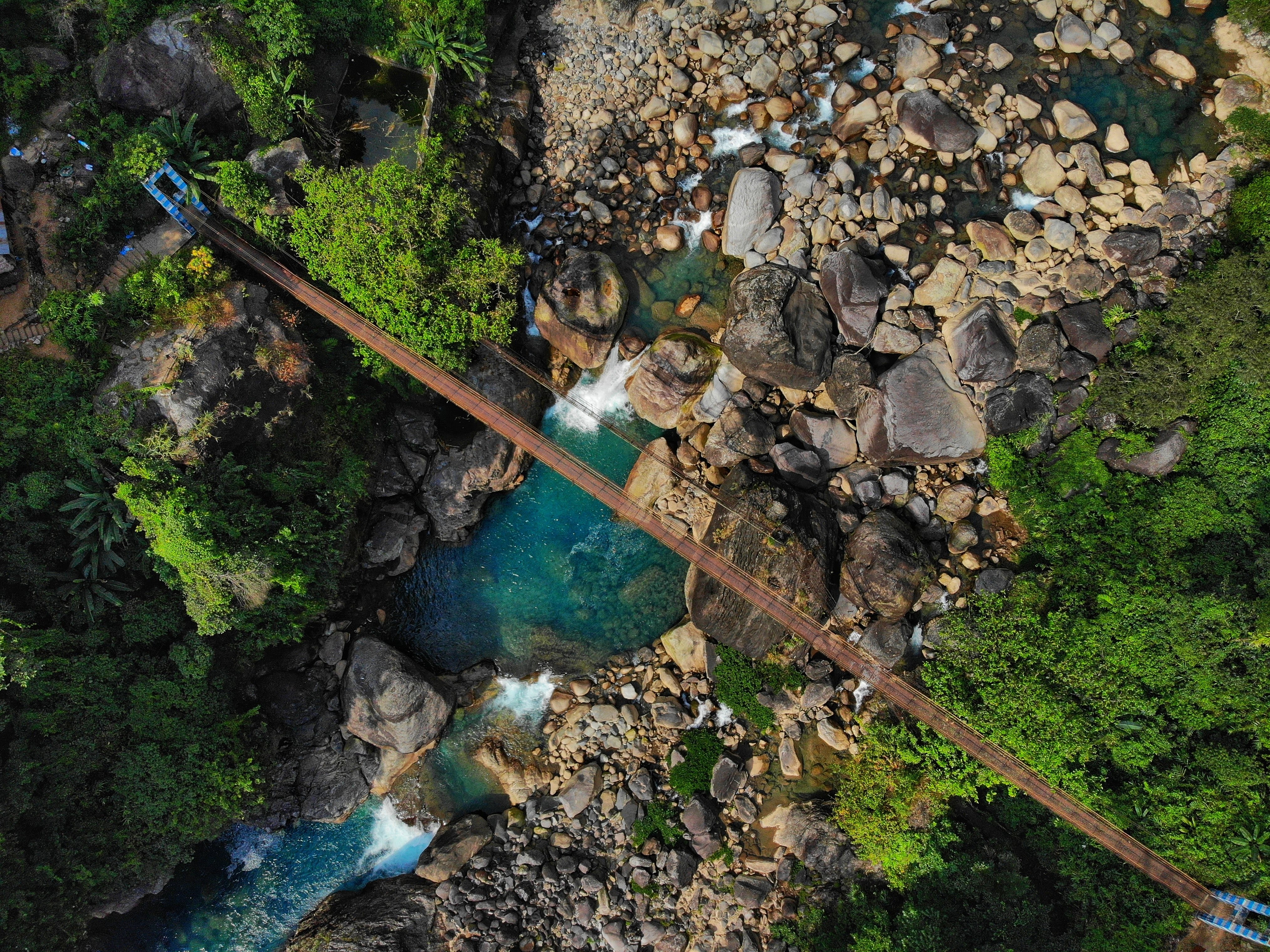 Best Time To Travel To Meghalaya

Meghalaya is a state that welcomes tourists throughout the year. During the months of April and June, the state witnesses pleasant warmth with friendly temperatures ranging from 15°C to 20°C. This is perhaps the best time for enjoying outdoor activities and seeing the state in its summertime glory. It’s also worthwhile to visit in April to bear witness to the wonderful festival of  Shad Suk Mynsiem also known as the Dance of Peaceful Hearts. Shad Suk Mynsiem is a harvest festival that honors the newness and optimism of spring. It’s a visual treat celebrated in full pomp and splendor with lots of dance, songs, and ritualistic elements.

The months of October to February witness strong bouts of chilly weather with brief stints of humidity in between. While this weather is not typically conducive to exploration, it is still worthwhile to visit the state in these months if you want to escape the stifling heat in other parts of the country. The summers don’t go beyond 23°C and the winters tend to remain on the chilly side with temperatures sometimes dropping below 10°C!

Also Read: 7 Unique Things To Do In Northeast India 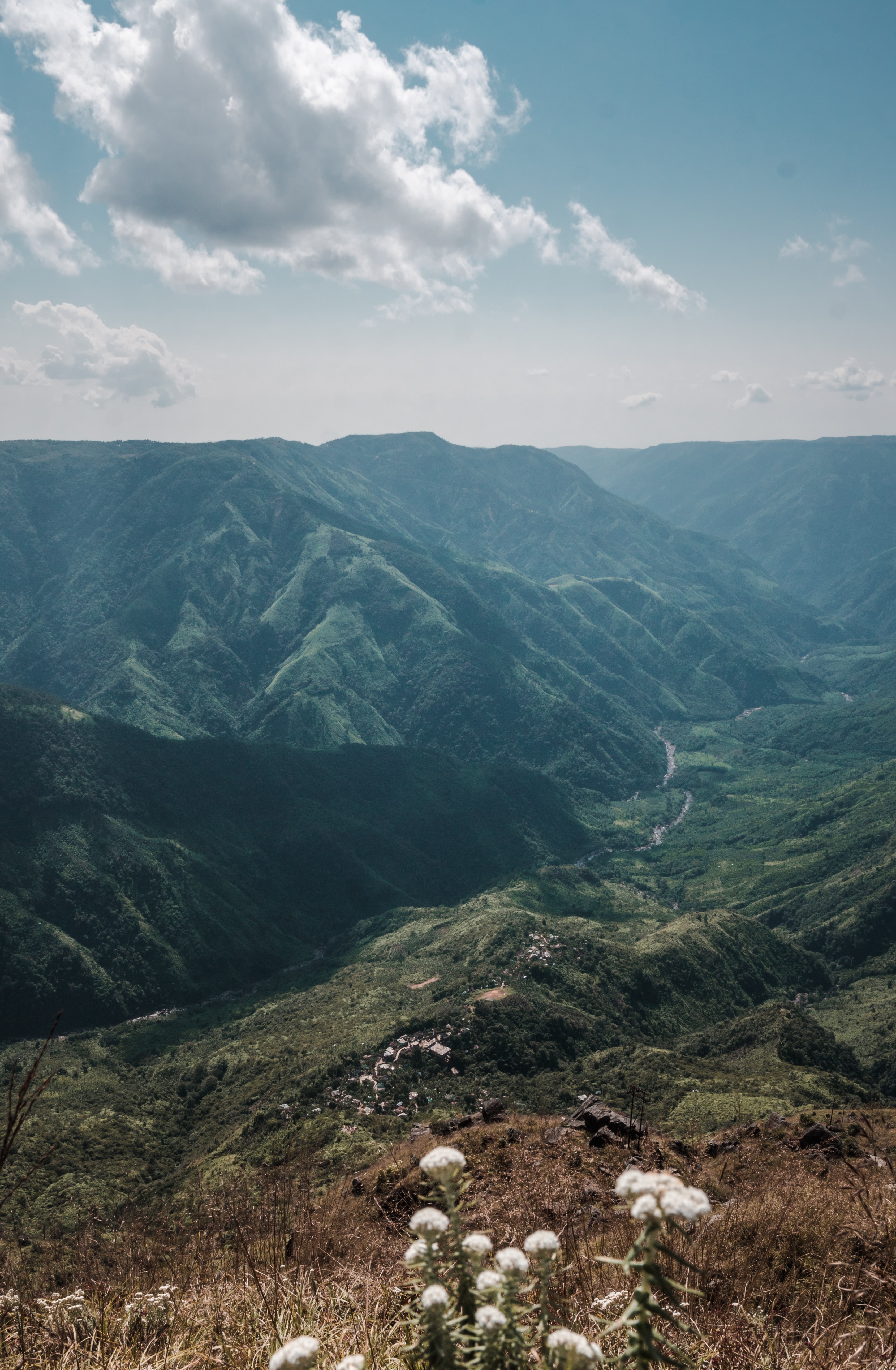 The Meghalaya Transport Corporation offers bus services that make commuting accessible and cheap across the state. However, if you want to book transport for a limited number of days, then you could avail of a number of private services offering short and long bus transport like Van Rap Tours and Travels, Northeast Yatra, AA Tours and Travels, etc. which would enable transport from a tourism point of view. Booking cabs could prove to be expensive but is also another way to get across the city. Along with buses and taxis, you also have the option of traveling in jeeps in some parts of the state. 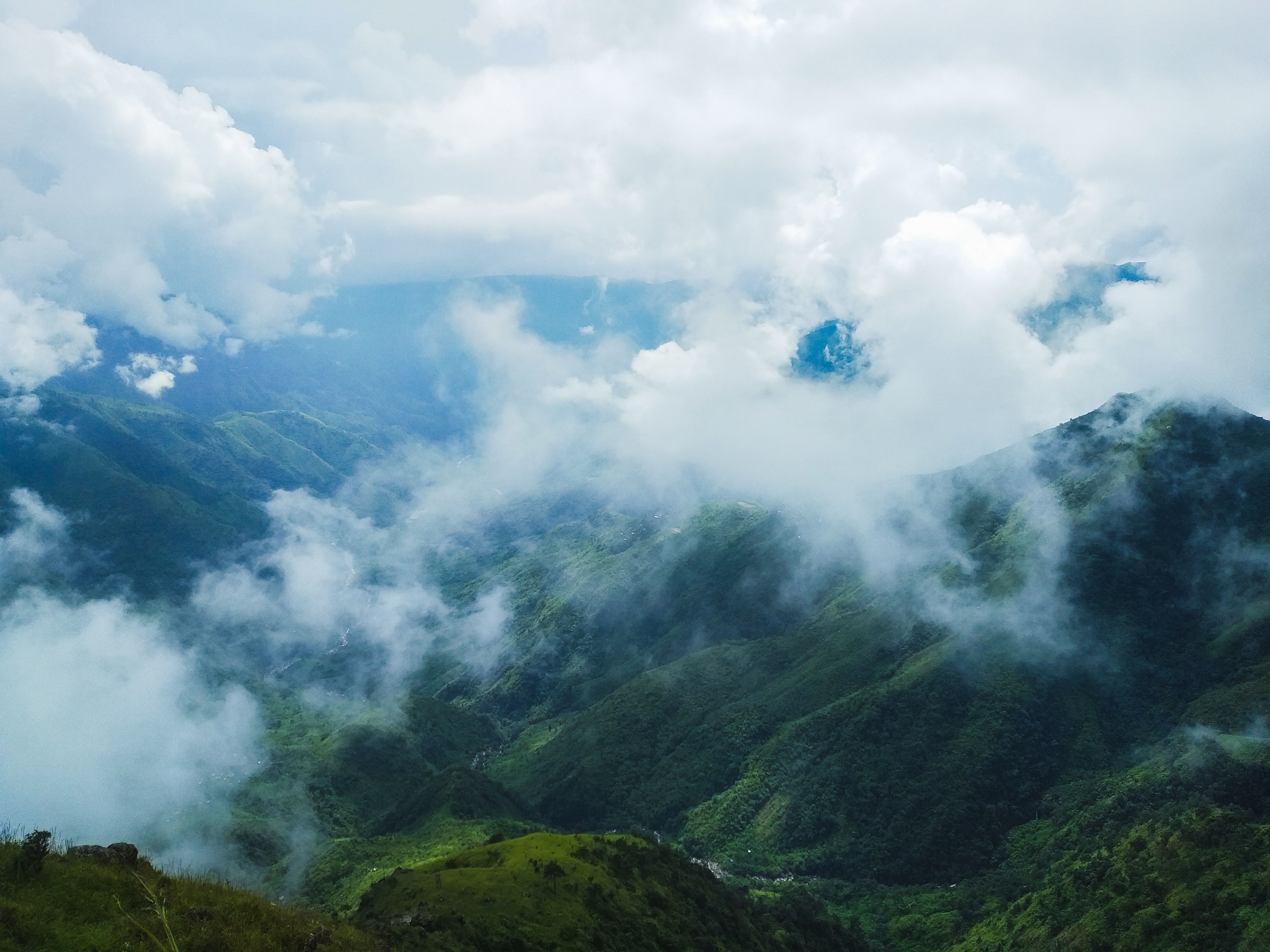 'It always rains in Meghalaya'

We’ve all heard this before at some point or the other. While it is true that Meghalaya is home to India’s wettest region, Cherrapunji, the state has a climate range that is comfortable and is on the colder side. The region never gets too hot for adventure and this makes it perfect for trying out various outdoor activities, like watersports, hiking, trekking, and cave exploration!

On the Jaintia Hills of Meghalaya, overlooking the serene Umngot river lies Shnongpdeng. Renowned for its crystal clear waters and tranquil nature, Shnongpdeng is the perfect camping site to rest for the night. Set up a tent on the shores of Umngot and spend a night looking up at the stars in the serene lap of nature. 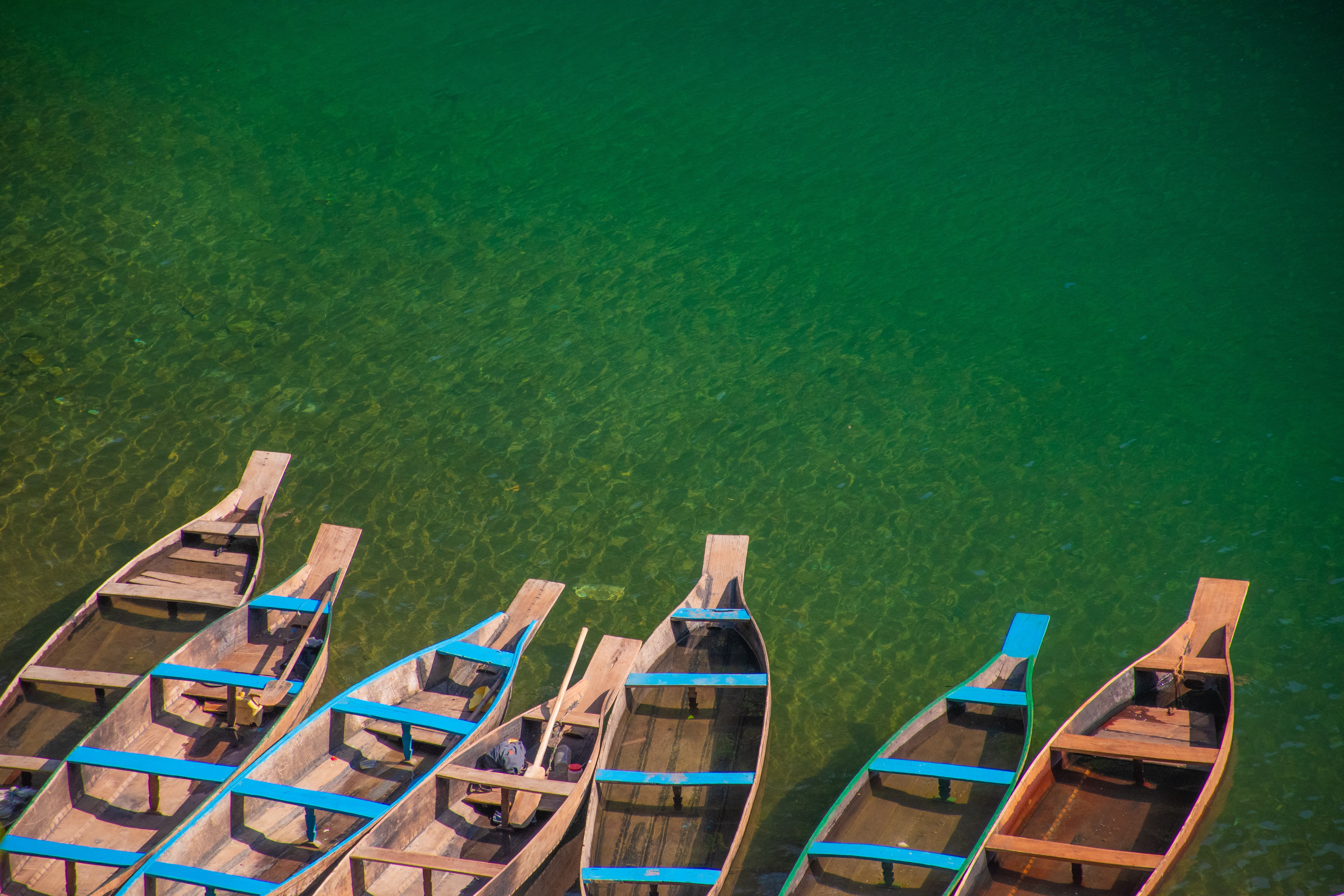 The more adventurous tourists can also go ziplining over the region, revealing an unobstructed view of the pristine blue waters of the river and the forests that surround it. It is said that once you fly over Shnongpdeng, your life will never be the same again.

Apart from the celestial rivers and heavenly cuisine, Meghalaya also has an extensive network of underground caves. The Mawsmai Cave is one such spot that is wholly worth the visit. The cave reveals itself only through a short hike in the forest studded with local cafes and a route through the valley of Mawsmai. While we say, enter at your own risk, the sheer beauty of the preserved fossils and stone patterns makes the endeavor truly worth the visit!

What is traveling without a little souvenir shopping? If you want to experience the authentic flavor of the local markets of Meghalaya, visit the Bara Bazar in Shillong. Filled to the brim with local produce and the various types of Meghalayan silk like Eri, Muga, and Mulberry, the Bara Bazar is the perfect spot to do some last-minute shopping and to enjoy the fresh local fruits and vegetables!

Apart from being a regional market, Bara Bazar also has great social significance as it’s one of the oldest trading centers in Northeastern India and also regularly features a large percentage of women as traders. It is regarded as the Bazaar of the People and sells exotic spices like pepper, turmeric, Lakadong tiny chilies, Khasi betel nuts, pure silk shawls, and hand-made jewelry.

To get even closer to nature, take a long trek along the banks of the ravishing Dawki river and experience firsthand the greenery that the plains of Meghalaya offer. The Dawki riverbank offers a pathway made lush with the moisture from the river with occasional pit stops near the crystal clear waters of the river itself. Like Umngot, the waters at Dawki are so clear that small boats on its surface often look like they are floating in thin air. 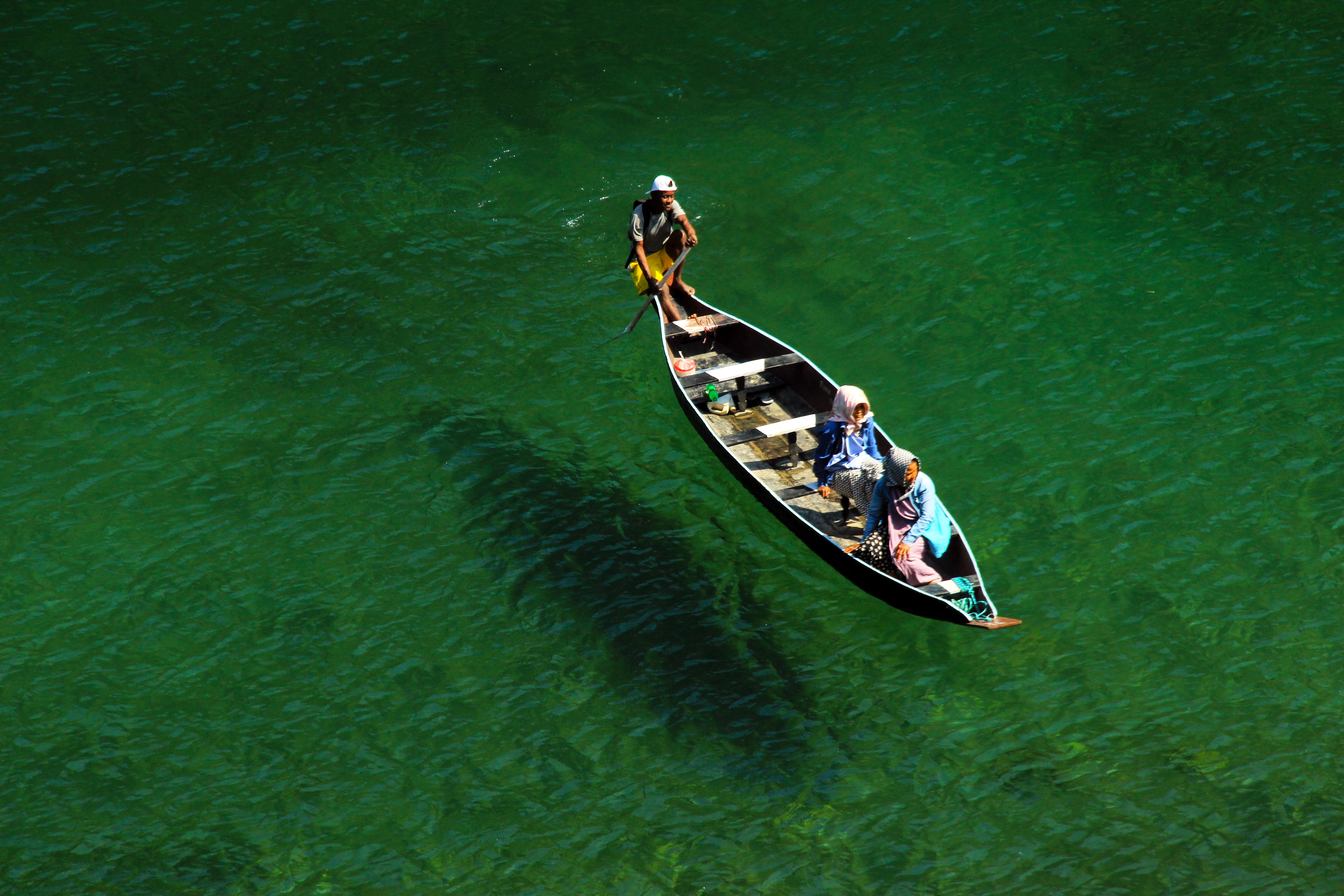 This long trek along the riverbank can unfold before your eyes plenty of rare wildlife like the Sambar, Serow, and Large Indian Civets and can serve as your disconnect point. It could be the place where you can detach from the artificiality that our world is characterized by and become truly one with nature.

What Is Meghalaya Famous For?

Meghalaya is famous for its moist, cool climate, its local culinary delicacies, the extensive network of underground caves, and the sparkling waters of the many rivers that populate the state. It’s also extremely culturally diverse and is home to many tribal festivals and traditions.

How Many Tourists Visit Meghalaya?

In 2019, foreign tourist arrivals and domestic tourist visits in the state stood at 0.03 million and 1.25 million, respectively.

Is Meghalaya Open For Tourists?

Meghalaya is currently open for tourism, but the state-wise restrictions and covid-protocols vary. So make sure to do detailed research on the necessary documents required for entry.

How Many Days Are Enough For A Trip To Meghalaya?

4-5 days are sufficient for exploring the various tourist attractions in the state. Most of the places within Meghalaya are fairly well-connected and Cherrapunji is only a 2-hour drive from Shillong.

What Is The Famous Food Of Meghalaya?

Since rice is the staple diet of the people of Meghalaya, the specialties too, include a variety of different meat or fish preparations often paired with sticky rice. Some must-try dishes are Jadoh (sticky rice with meat), Doh-Khlieh (curried pork paired with bread), Pumaloi (steamed rice cakes), Jhur Sideh (a dish of potatoes), Daineiiong (lentil curry), and Muli Khleh (an ethnic radish salad).

Why Is Meghalaya Called Half Way To Heaven?

Meghalaya literally translates to an 'abode in the clouds'. The state is absolutely breathtaking, surrounded by hills, and is blessed with untouched natural beauty. Due to all this, Meghalaya is often called 'Half Way To Heaven'.

What Language Is Spoken In Meghalaya?

Khasi and Garo along with Jaintia and English are the official languages of the state. You might also come across Nepali, Bengali, Assamese, and Hindi.

Meghalaya is one of the seven sister states of the Northeast and is decked with pristine natural beauty, perpetual clouds, rolling mists, huge waterfalls, limestone caves, lush green and dense forests, and amazing living root bridges. 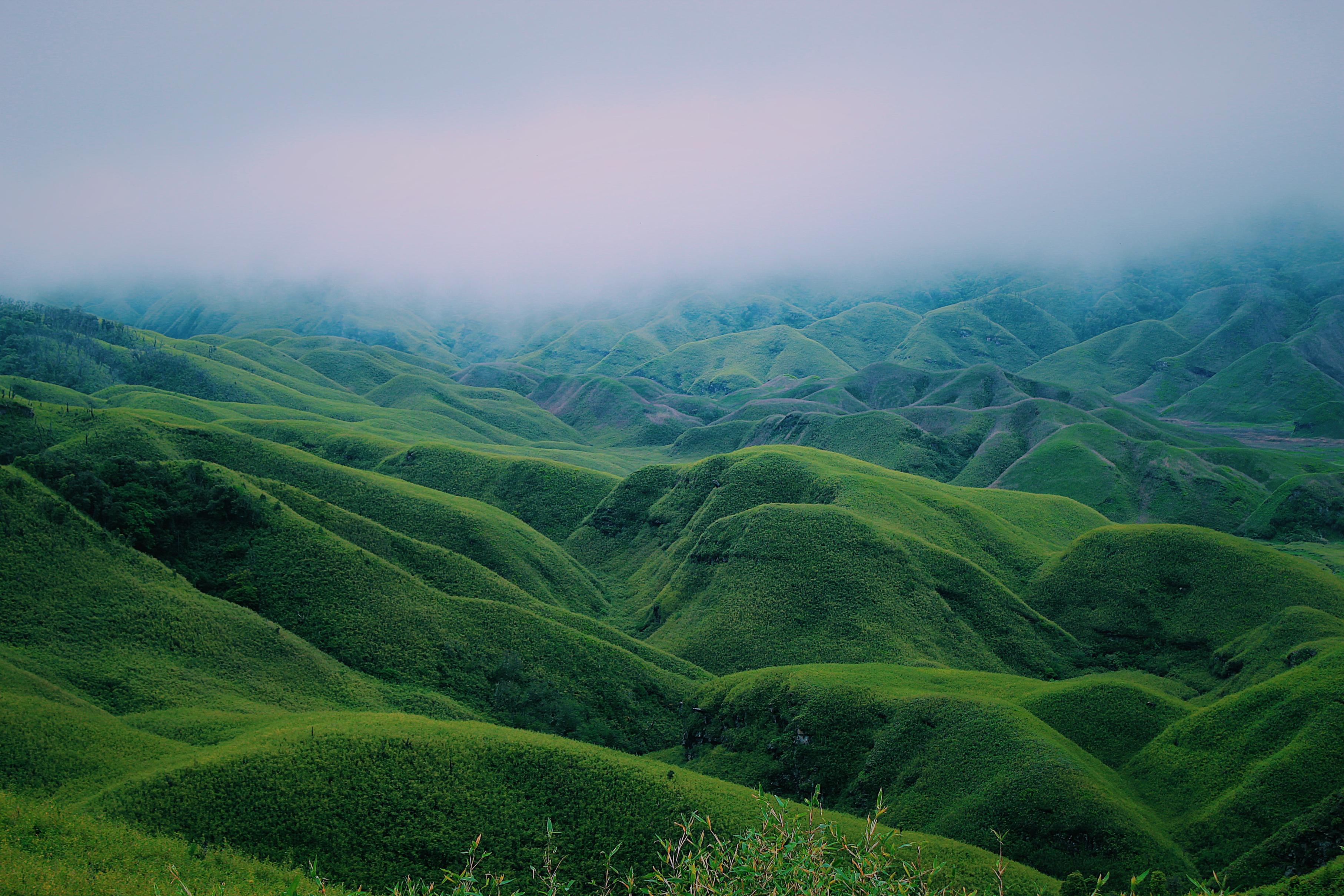 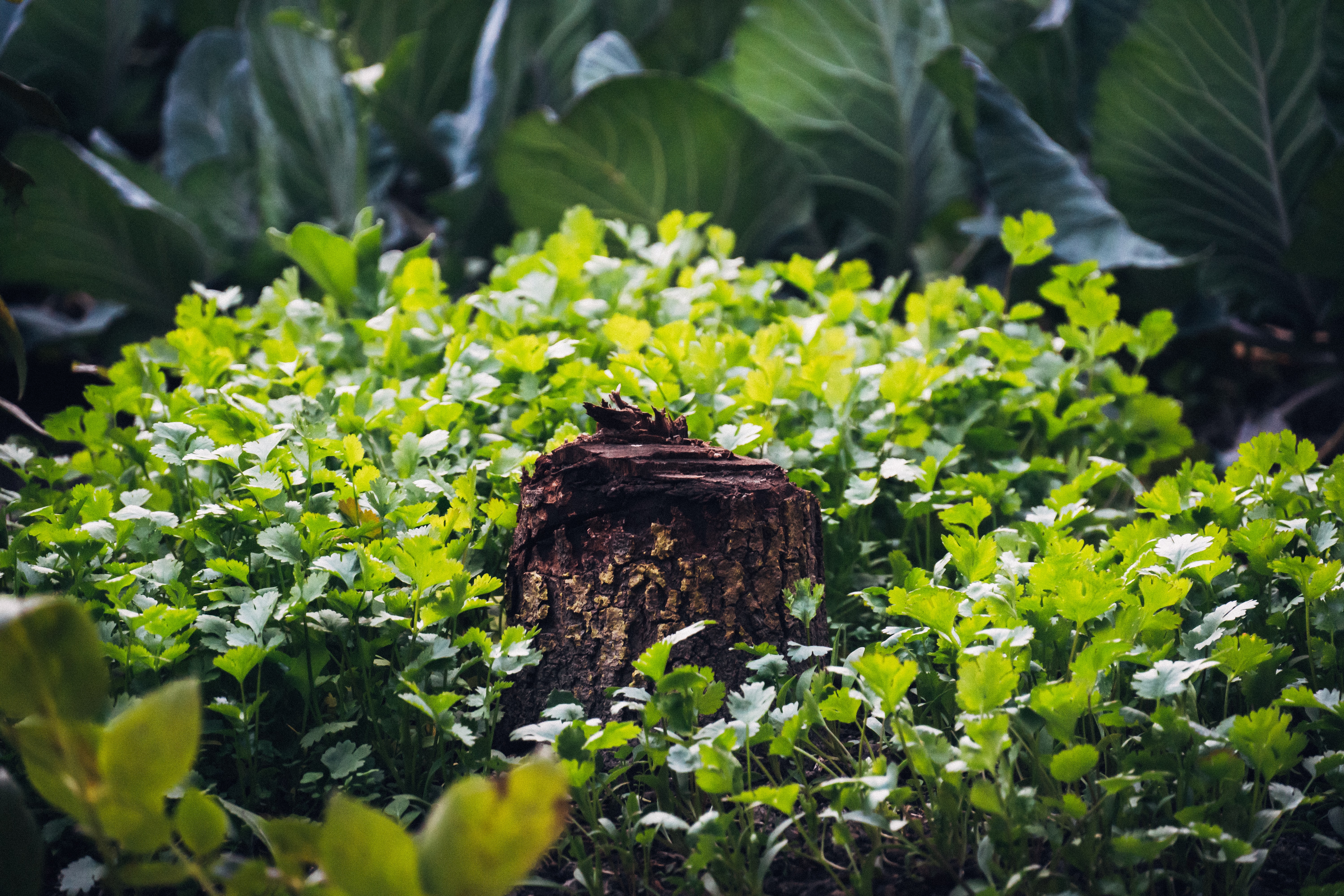 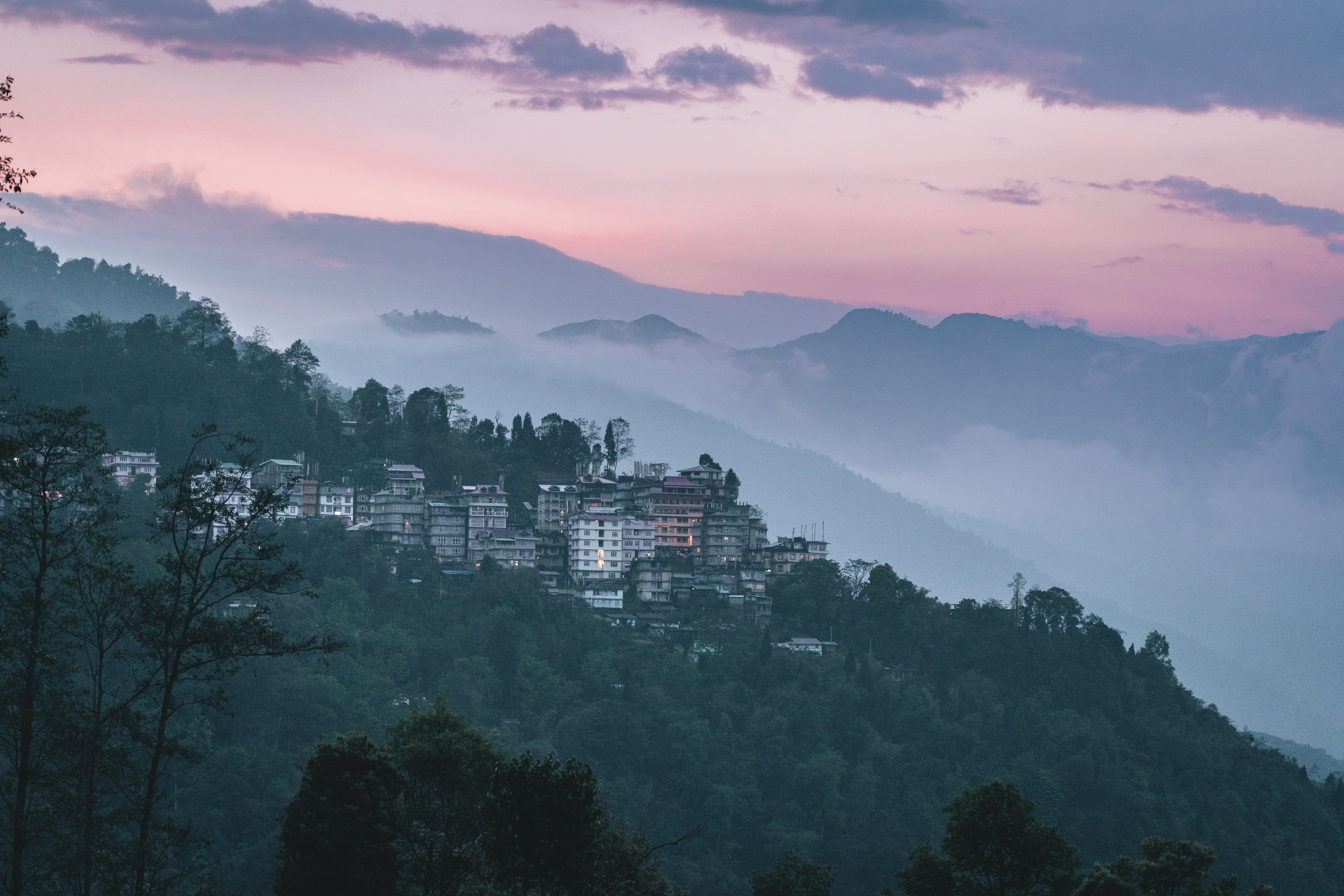 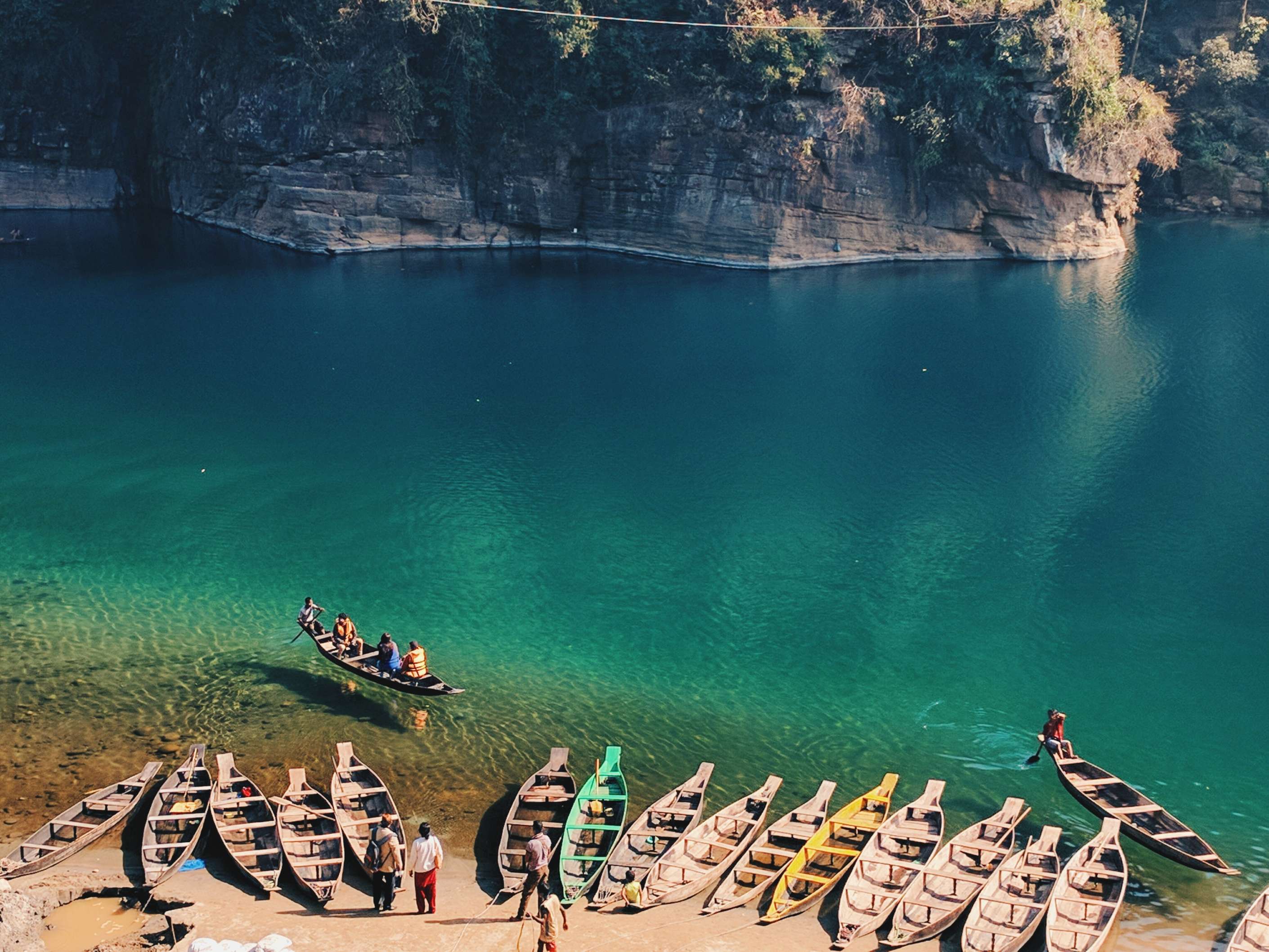 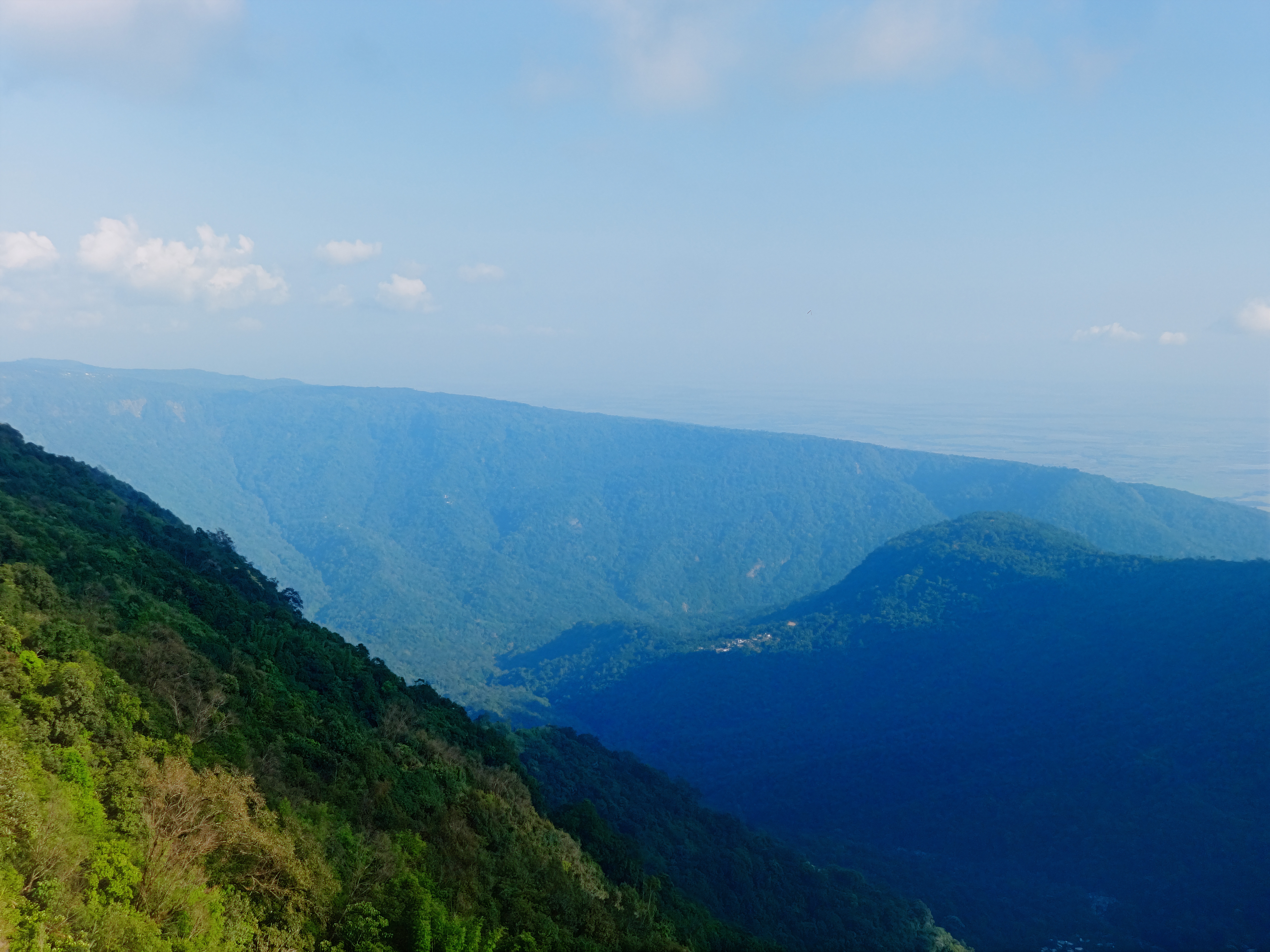