The ‘God’s Own Country’ a.k.a Kerala is one of the wonders of India. It’s one of those places that you cannot skip out on a visit for a rejuvenating vacation of solitude. The magnitude of terrain that Kerala accommodates makes it one of the most unique destinations. From vast coastlines to beautiful mountains, backwaters, and everything else in between, Kerala has it all. So it doesn’t matter what kind of vacation you’re looking for, Kerala is a wonderful state that offers something for everyone.

Kerala can definitely be your next go-to destination for a nice family vacation. Here we have the ultimate travel guide to Kerala that will help you get a better understanding of what to expect when visiting the beautiful state.

Also read: 8 Islands In Kerala That You Must Visit

History And Culture Of Kerala

The history, culture, and architecture of Kerala were heavily influenced by the rulers that ruled the state in the pre-independence period. Among these rulers, the Cheras, Cholas, and Pandyas had a greater impact on the culture of Kerala.

The Dravidian style has a great influence on the architecture of Kerala. You’ll observe that the temple and other historical monuments in Kerala strictly follow the Vastu Shastra. The remains of these architectural beauties can still be traced in the city of Kochi. 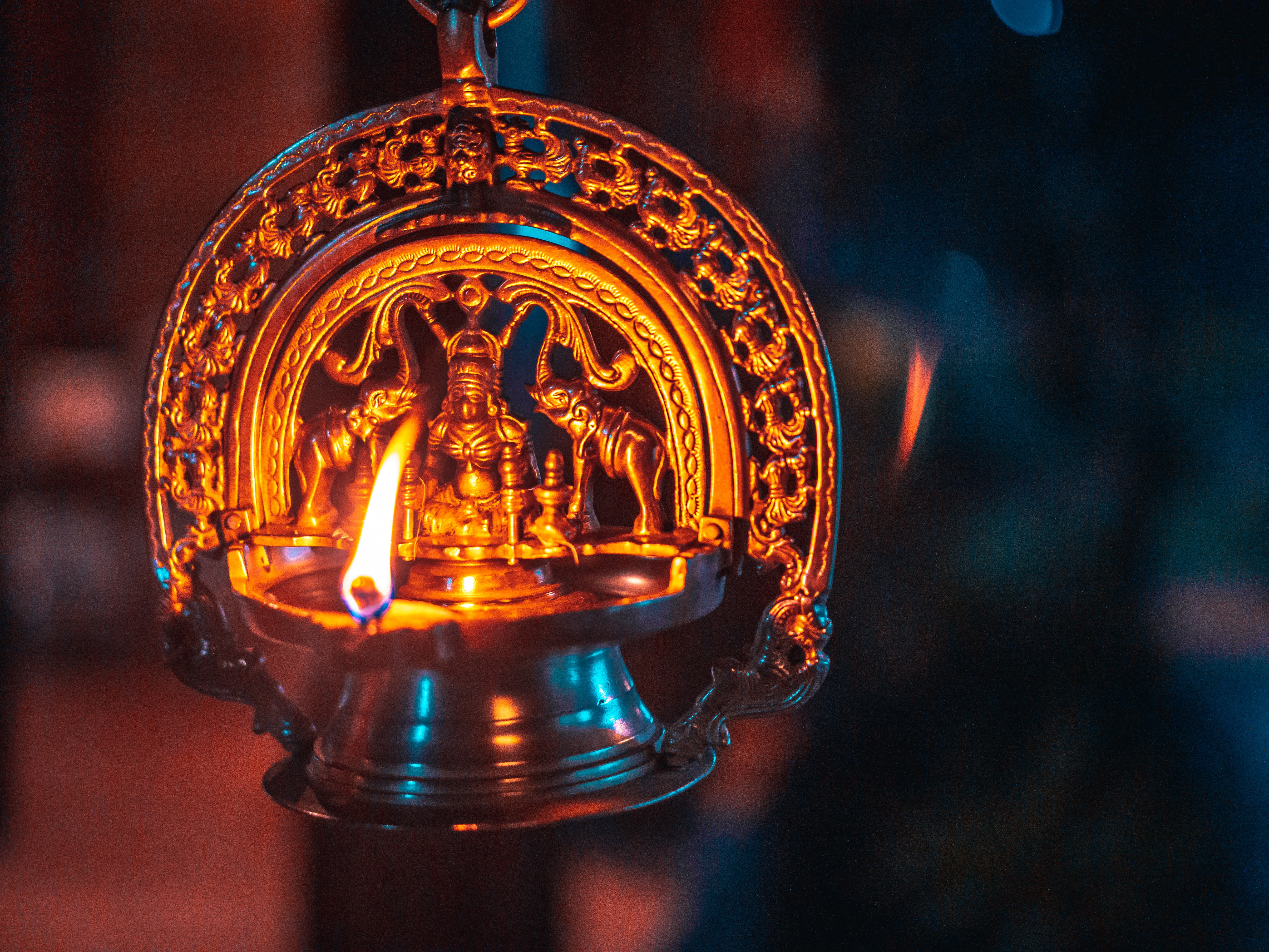 When tracing the history of Kerala, mythology suggests that Kerala was founded by Lord Parshuram when he dropped an axe into the sea and separated a part of the land from the ocean to form Kerala. It’s also suggested that Kerala gets its nickname – ‘God’s Own County’ from this same tale.

How To Get To Kerala

Getting To Kerala By Air

If you plan on getting to Kerala by air, there are three major airports located in Kochi, Kozhikode, and Thiruvananthapuram. Out of these, the Kochi and Thiruvananthapuram airports serve both international and domestic airline services. This enables you to travel conveniently via air to the different regions of Kerala. Whether you’re traveling from within India or internationally, you can easily get a flight to Kerala from major towns. 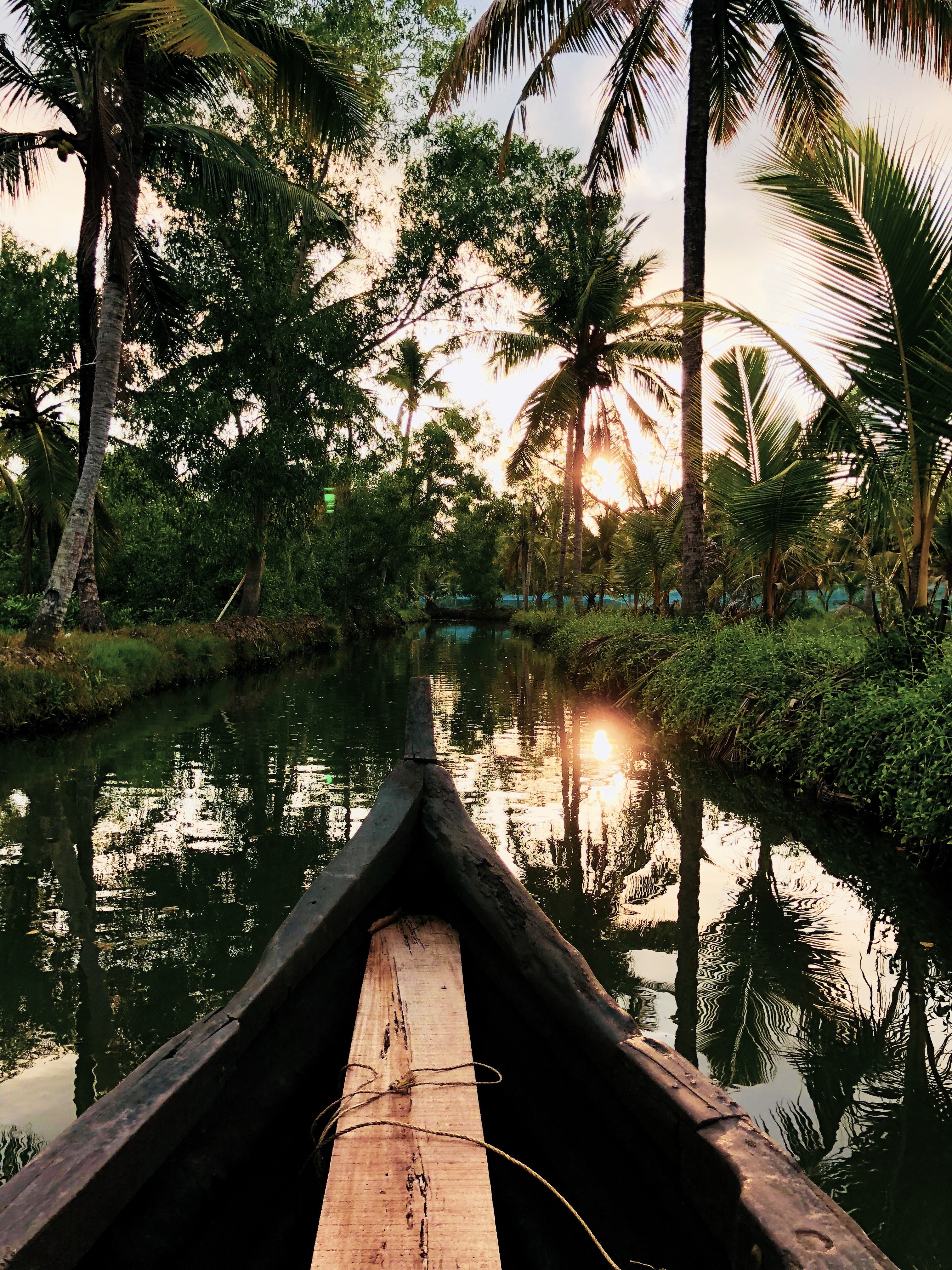 Within India, Goa, Mumbai, Delhi, Bengaluru, Chennai, Hyderabad are some of the major places that have direct and connecting flights to Kerala. You can easily get transportation services to get to your accommodation from right outside the airports.

Getting To Kerala By Train

Traveling to Kerala via train is one of the easiest ways to get there. Besides, the railway is one of the most reliable transportation services within the state. Kerala is also well connected with major metropolitan cities via rail and there are over 200 railway stations located across many cities of Kerala.

You can use some super-fast, express, or luxury trains to travel to Kerala. Some of the top trains that you can board when traveling from the North and Konkan areas are Kerala Express, Rajdhani, and Duronto. For luxury trains, you can have a look at Golden Chariot and Maharajas Express.

Getting To Kerala By Road

The state of Kerala is well connected with the rest of the other cities and states across India. If you plan on taking a road trip to enjoy the coastline of Kerala, you can go ahead with the plan. The roadways in Kerala are better connected and well maintained than any other state in the country.

The distance from Delhi to Kerala is around 2,635 km by road. From Chennai the state is 603 km away, from Mumbai it’s 1,248 km away, and from Bengaluru, it’s 461 km away. Kerala is directly connected by National Highways with the neighboring states of Andhra Pradesh, Tamil Nadu, and Karnataka. The highway numbers 47,17, 49 connect to Kerala and then expand their routes in the state.

Getting To Kerala By Water

Being a coastal region, the state of Kerala is connected with many states via the coastal sea routes. There are some routine ships from the Cochin Port in Kochi and the Vizhinjam International Seaport in Thiruvananthapuram that go to Lakshadweep. The backwaters of Kerala are also well-known transport routes that allow you to travel within the city.

Kerala is one of those destinations within India that you can visit during monsoon and winters. The state is in its full glory during both these seasons and makes for a great trip. One of the main reasons why you can visit Kerala during both seasons is that Kerala has seasonal specialties that you get to experience during the time. Summers can get a bit too hot and humid for you to travel across Kerala. Even then, you can visit the state as you get some amazing deals on food and accommodation, and a cherry on the cake is that all the touristy places will be quite empty. Also, taking a dip in the beaches and boating in the backwaters of Kerala will be perfect during summers.

Wintertime is the peak tourist season in the state as the weather in Kerala is much cooler. A lot of national and international tourists visit Kerala in the months from October to February. The temperature is usually between 17°C and 30°C which is just perfect to enjoy the outdoors and the pretty hill stations in the state. It’s also one of the best times to visit the beaches, get on a houseboat, and even tour the tea plantations.

The monsoon season is absolute wonders for outdoor enthusiasts who want to enjoy treks, beach life, and watersports in Kerala. July to September is the monsoon time when Kerala’s beauty is in full bloom. You get to see the lush greenery spread all over the state. The rains are very unpredictable during this time so you must carry your monsoon gear with you.

No matter the season you choose to visit God’s Own Country in, it does have something for everyone.

Kerala is a big state that has ample public and private transportation services available for you to tour the state. For you to be able to commute to and from and also in between the cities of Kerala, you’ll need to use a combination of these services. 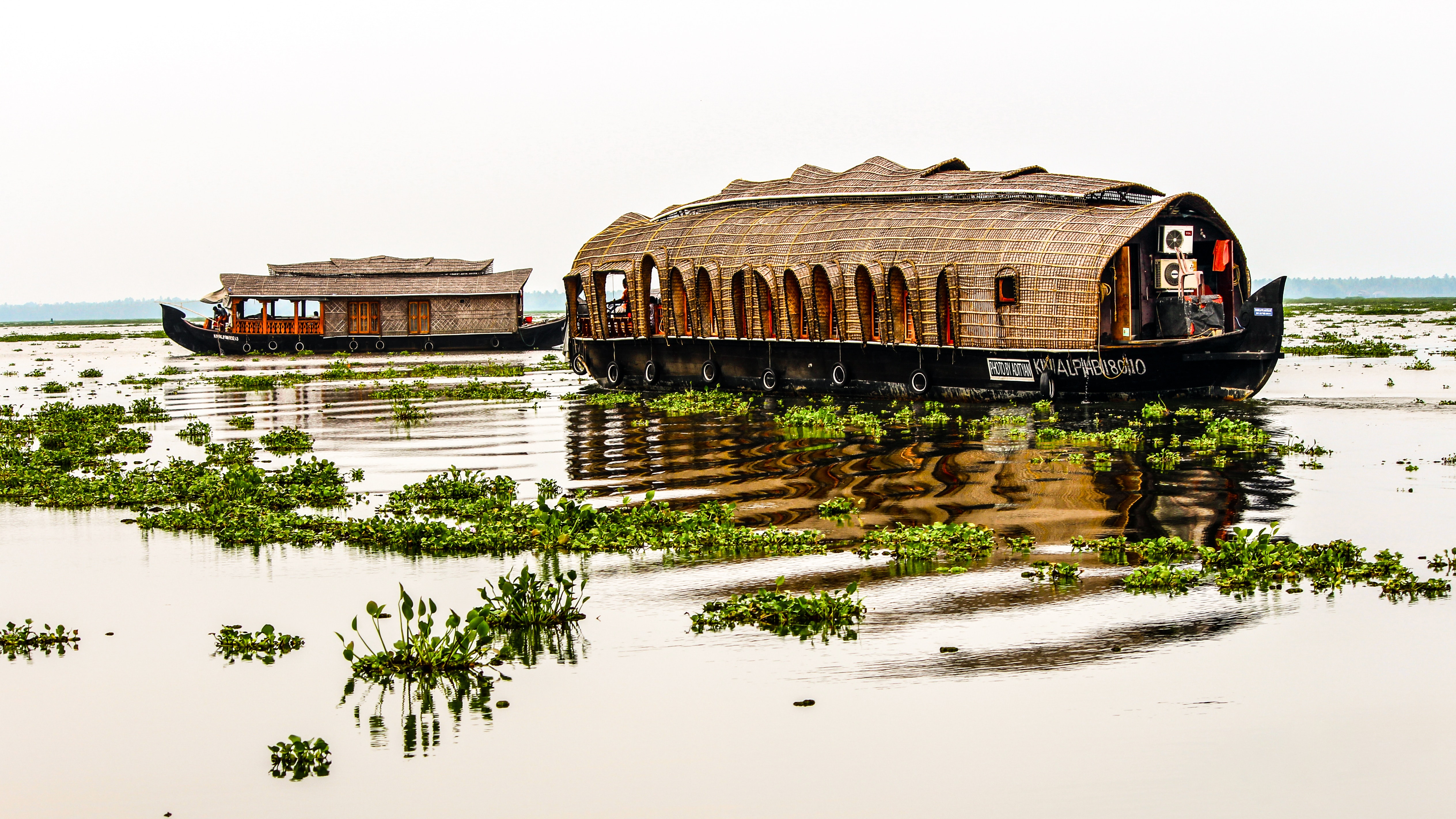 The most convenient way to get around in Kerala is using the train and metro that are spread across the state. If you didn’t know already, Kerala has an incredible rail network that is affordable and more convenient than any other system in place. The railways can help you get to the different cities within Kerala in a matter of a few hours, while roadways take longer due to traffic.

When it comes to getting around within the big cities like Kochi, you can use the metro. It’s fast, convenient, affordable, and a great way to get around a crowded city like Kochi.

Many cities in Kerala have public transportations like rickshaws, cabs, and government bus systems. The Kerala State Road Transport Corporation (KSRTC) is one of the most efficient transportation systems in Kerala. It’s also affordable and efficient in most parts. If you need, you can also use the private bus system that offers a bit of luxury service at elevated pricing.

Kerala has a long coast and beautiful backwaters that allow you to experience traveling via boats. In some of these areas, you can move around via motorboats, ferries, canoes, and houseboats. All of these boats are available depending on the location and availability at the time.

‘There is nothing beyond beaches in Kerala’

Other than visiting Kerala for a beach vacation, you also have the option to explore the historically and architecturally rich cities, hill stations, tea plantations, and backwaters. The terrain and environmental diversity in the state are totally worth visiting. Apart from beaches and backwaters, there’s Munnar, Wayanad, Idukki, Kochi, and many more interesting places that you can check out in Kerala. Keep reading further to know more about it.

Kochi is one of the most populous and thriving towns in Kerala. It’s a good combination of the old and new architecture that you’ll see traces of all over the city. You’ll be surprised to know the kind of sightseeing locations you could visit in Kochi. Visiting this city is ideal during the winters as the pleasant weather sets a good tone for the trip. The Jewish Colony, Kerala Kathakali Center, Cherai beach, St Francis Church, Bolgatty Palace are some of the must-visit places in Kochi. 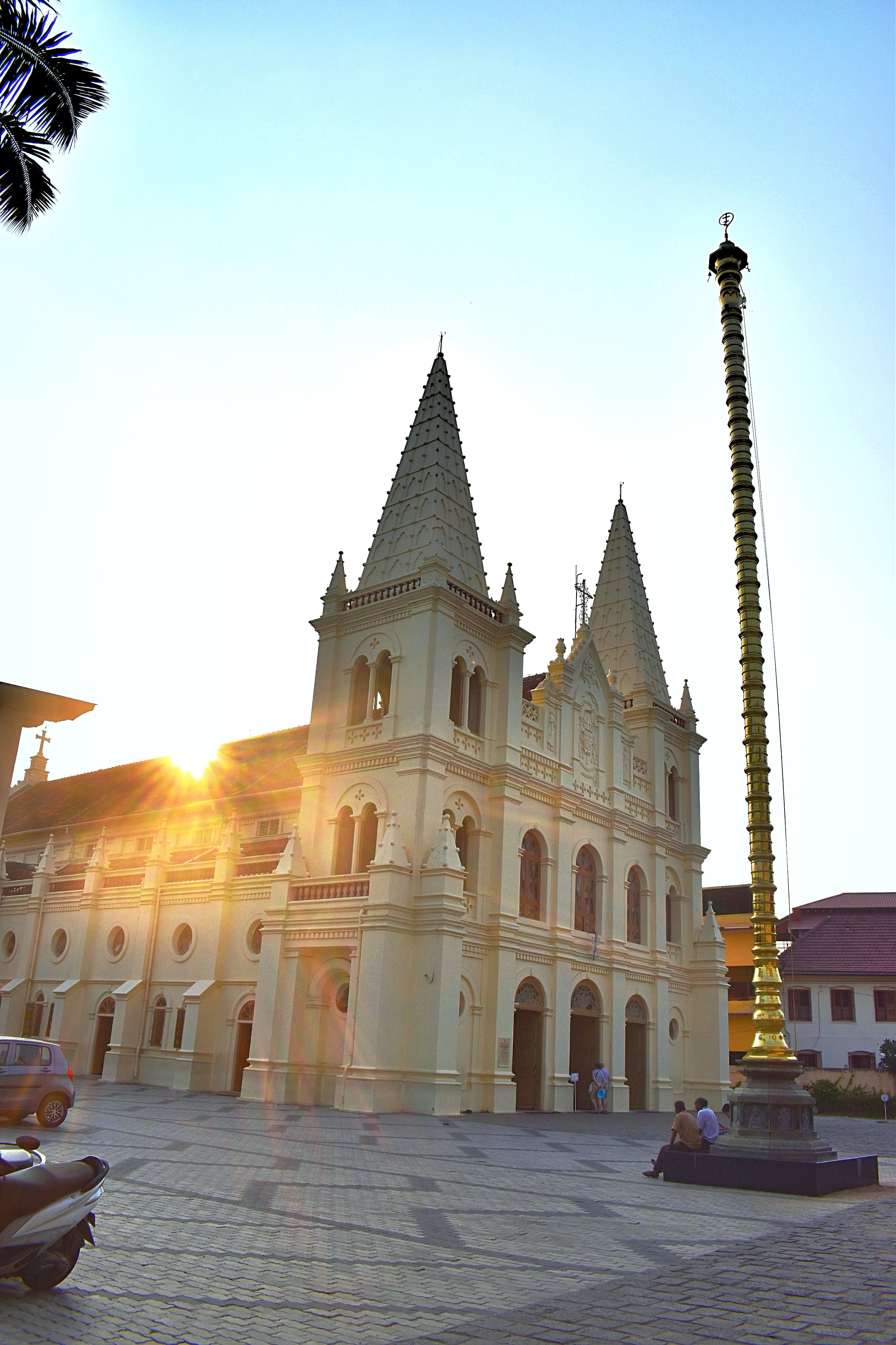 When mentioning places to visit in Kerala, Alleppey needs a special mention. Also known as Alappuzha, it’s a small village that is one of the most visited tourist destinations in all of Kerala. The beautiful coastline, tea plantations, old town road with small city vibes is what people love the most about Alleppey. You can stay in a houseboat in Alleppey or shop in Triveni floating market to have a taste of what living in this city is like. 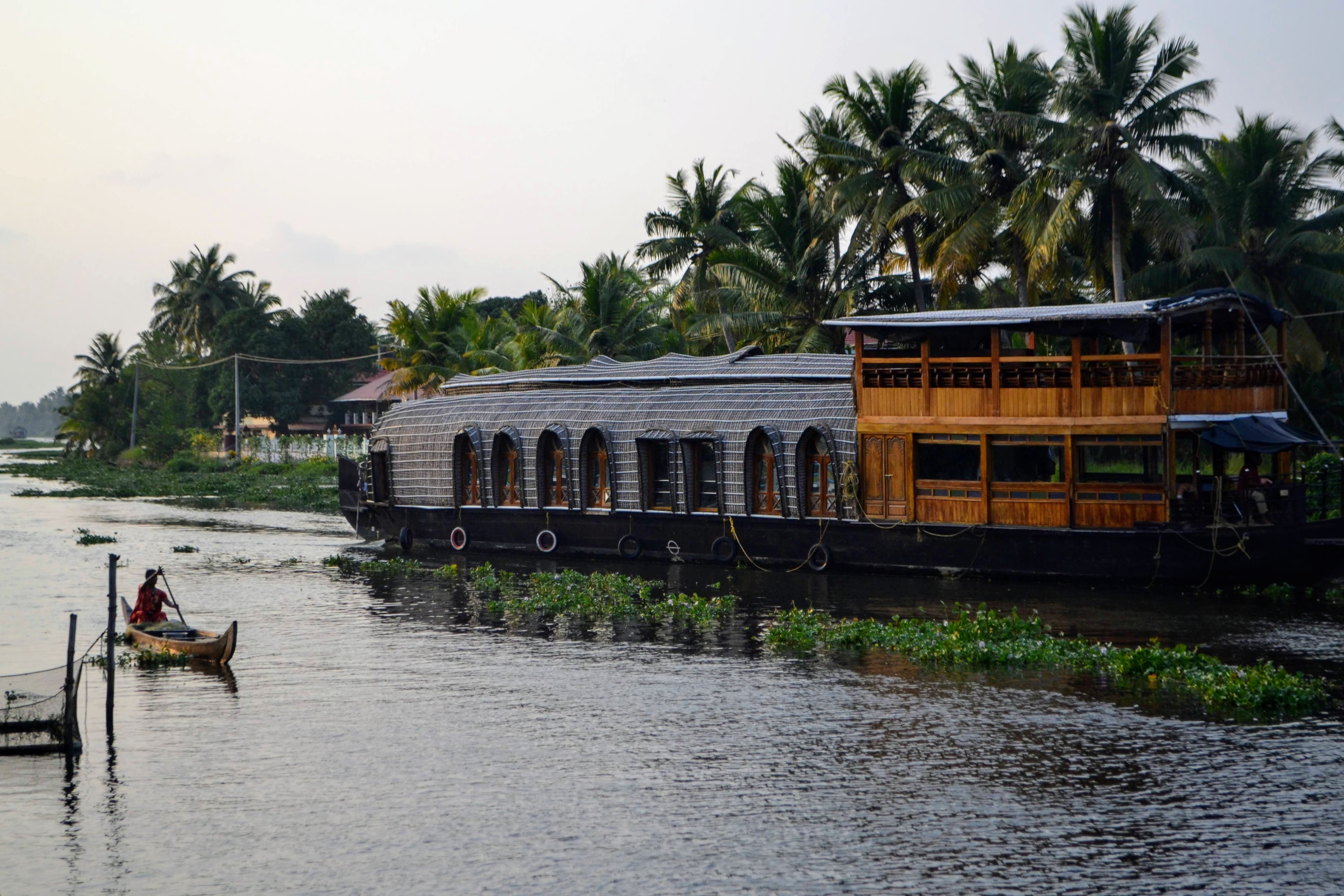 Wayanad is ideally the best location in Kerala that you must visit for a getaway and break from the busy city life. Wayanad is an isolated place that helps you rejuvenate while exploring the natural beauties around the area. The waterfalls, resorts, wildlife, historical caves, spice plantations, are some of the well-known things to explore in Wayanad. You can go for a trek or hike and enjoy the beautiful terrain during the day while also visiting the beach during the night for a stroll. The wildlife reserves in Wayanad are known to be home to some wildlife beasts like elephants, bears, leopards, and other wild animals.

Also read: Fun Things To Do In Wayanad

Munnar is the most famous hill station in Kerala with one of the largest tea plantations in all of South India. Munnar is the perfect destination for a romantic vacation. The hilly regions and the view from the top are mesmerizing. You can visit the tea estates for a relaxing evening in the town. The Salim Ali Bird Sanctuary is a must-visit place for all the bird and nature lovers out there. Visiting Munnar during the monsoon is ideal if you want to spot some of the most beautiful birds in town. 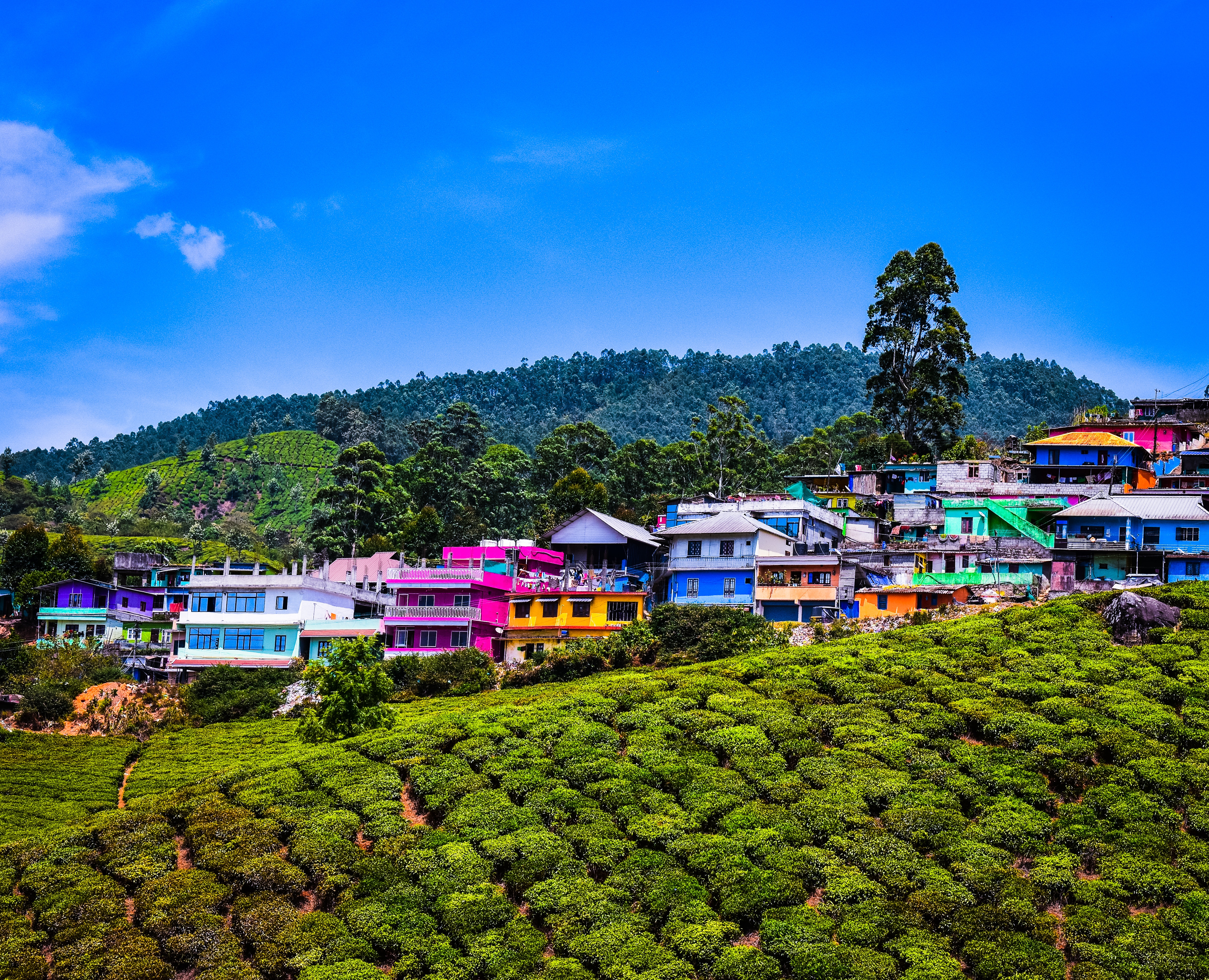 If you want to go on a beach vacation in Kerala, Kovalam is the location you must watch out for. It’s always crowded with tourists and getting last-minute reservations could be difficult or too expensive. The Ayurvedic Massage Center and all the resorts that surround the coastline of Kovalam are well known among tourists. The spice markets and other shopping destinations are also very famous. The charm of the city is still intact and that is what attracts tourists love the most about this city.

What Is The Best Time To Visit In Kerala?

Kerala is one destination in India that can be visited all year long. The summers can be a bit harsh for some due to the warm and humid weather. The monsoon and winters on the other hand make for the best time to visit Kerala.

How Safe Is Kerala?

Kerala is a very safe state for travelers. As long as you follow the rules and take your personal safety measures, you’re good to go. We recommend you have a tour guide with you when moving around during late nights.

The people of Kerala are friendly and welcoming toward tourists. You’ll not find any difficulty when traveling within the state as a lot of people are well acquainted with English and always ready to help.

Why Is Kerala Famous?

Besides being one of the most beautiful places to visit in India, Kerala is also well known for its tea plantations, hill stations, backwaters, beaches, houseboats, and spices. 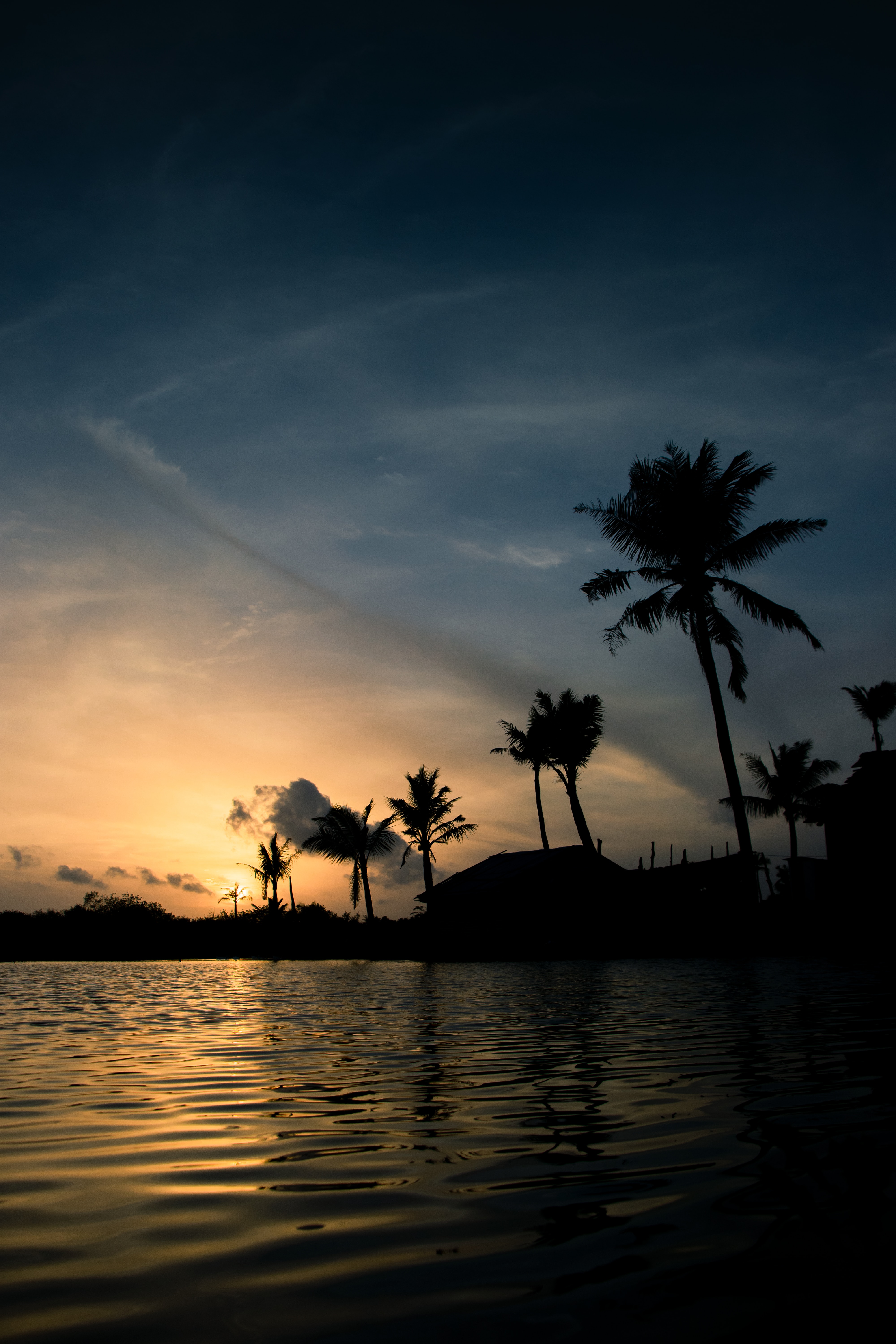 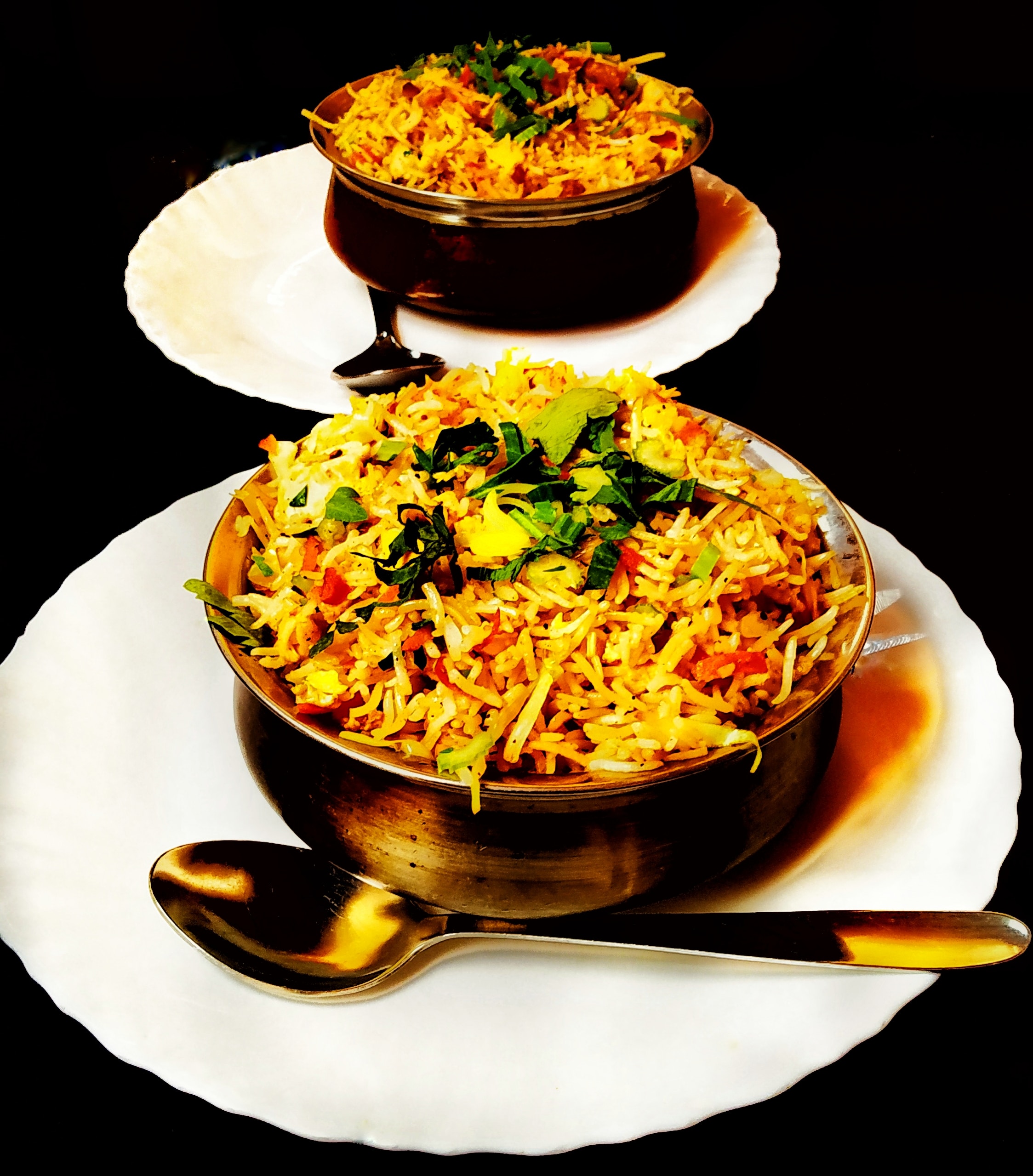 Experiencing The Food In Kerala Starting from November 30, India will be open for international travelers. Woohoo! Now you can explore India in its raw, mesmerizing beauty!

You need to be vaccinated by any of the WHO-approved vaccines.

No need for quarantine or even post-arrival testing if you’re arriving from Category A Countries!

The first 500,000 arrivals to India will get free Visas. Now is your time to seize the moment!