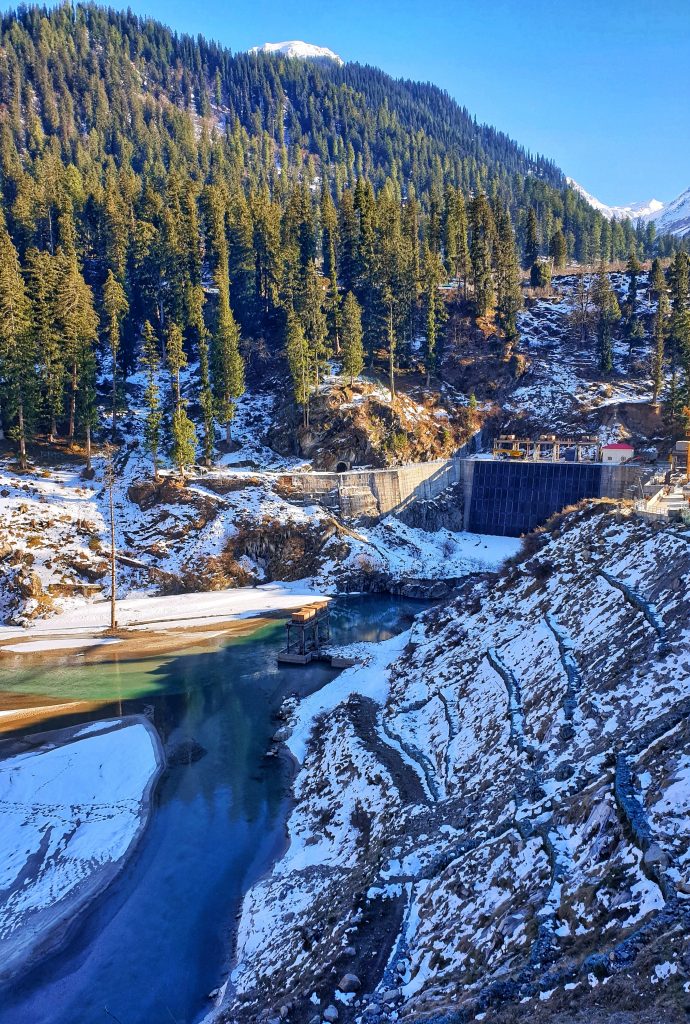 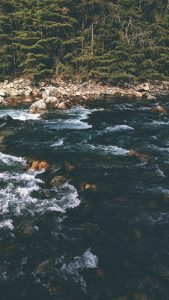 Popularly known as ‘Mini Israel’, Kasol is a picturesque little village on the banks of the river Parvati in Kullu. Of late, it has seen a huge surge in the number of tourists, mostly because people want to get away from the more commercialized areas in the North, while still being surrounded by nature. Well, Kasol does nothing but exceed all expectations that one can have regarding a vacation.

Other than the relaxing vibe that will make your soul take a breather, Kasol is full of things to do for the more adventurous. Most people come here for the Malana Trek. But, there is no scarcity of treks and trails, with a combination of the snow-capped Himalayas and a lively green cover sitting side by side. As a small village that lives in harmony with nature, with a strangely welcoming culture influenced by the Israeli residents, Kasol can be called a geographical pause button for life. Kasol is one of the many beautiful places that are jewels on the crown we call North India. Keep reading our Kasol travel guide to get more insights into the beauty of this place.

History And Culture Of Kasol

The reason Kasol is called ‘Mini Israel’ is the fact that a lot of the residents and tourists in this tiny village are Israelis. The town sees a lot of influx from Israeli youngsters, who visit this place after they complete their compulsory military employment in Israel. Due to this, the food, culture, and language are heavily influenced by the Israeli roots of the residents. In fact, a lot of the signage in this village is in Hebrew. One of the many things that you should witness if you get the chance, is the celebration of Rosh Hashanah, or the Israeli new year. However, this does not make the place any less friendly. The locals of Kasol speak in Hindi just as well as Hebrew and are very welcoming to people from all over.

How To Get To Kasol

The closest airport to the village of Kasol is the Bhuntar Airport, located in Kullu-Manali. It’s a 31 km drive from the airport to Kasol and you can complete that journey by hiring a taxi or getting on a bus. Although, if you’re traveling with a lot of luggage, we suggest you take a cab. Bhuntar Airport is most well-connected with the Delhi Airport, from where multiple flights make the journey almost every day.

If you plan on coming to Kasol by train, you might have to change your plans to about 144 km before you get there. The Joginder Nagar Railway Station is the closest railway station to this village. From there you can hire a cab from the taxi stand or take one of the many buses available.

However, if you want to get to Kasol via a little more connected railway station, you can choose to travel via Chandigarh Railway Station. While this station is much more connected to other metro areas in India, it’s about 300 km away from Kasol. To get to Kasol, you’ll have to choose a bus, taxi, or any other mode of transportation that takes you there by road.

This is arguably the most preferred way of traveling to Kasol. In fact, a majority of the tourists, local and international, choose this because of the scenic, winding roads that are actually in pretty good conditions!

The beaten path to get here is to get on the NH3 and drive straight upwards. You can choose three places as your base camp to get to Kasol – Delhi, Chandigarh, and Manali. There are many private and government buses that run between these three places. If you’re starting from Delhi or Chandigarh, it might be a 520 km drive for you. So, you might want to choose an overnight journey, unless you’re driving. 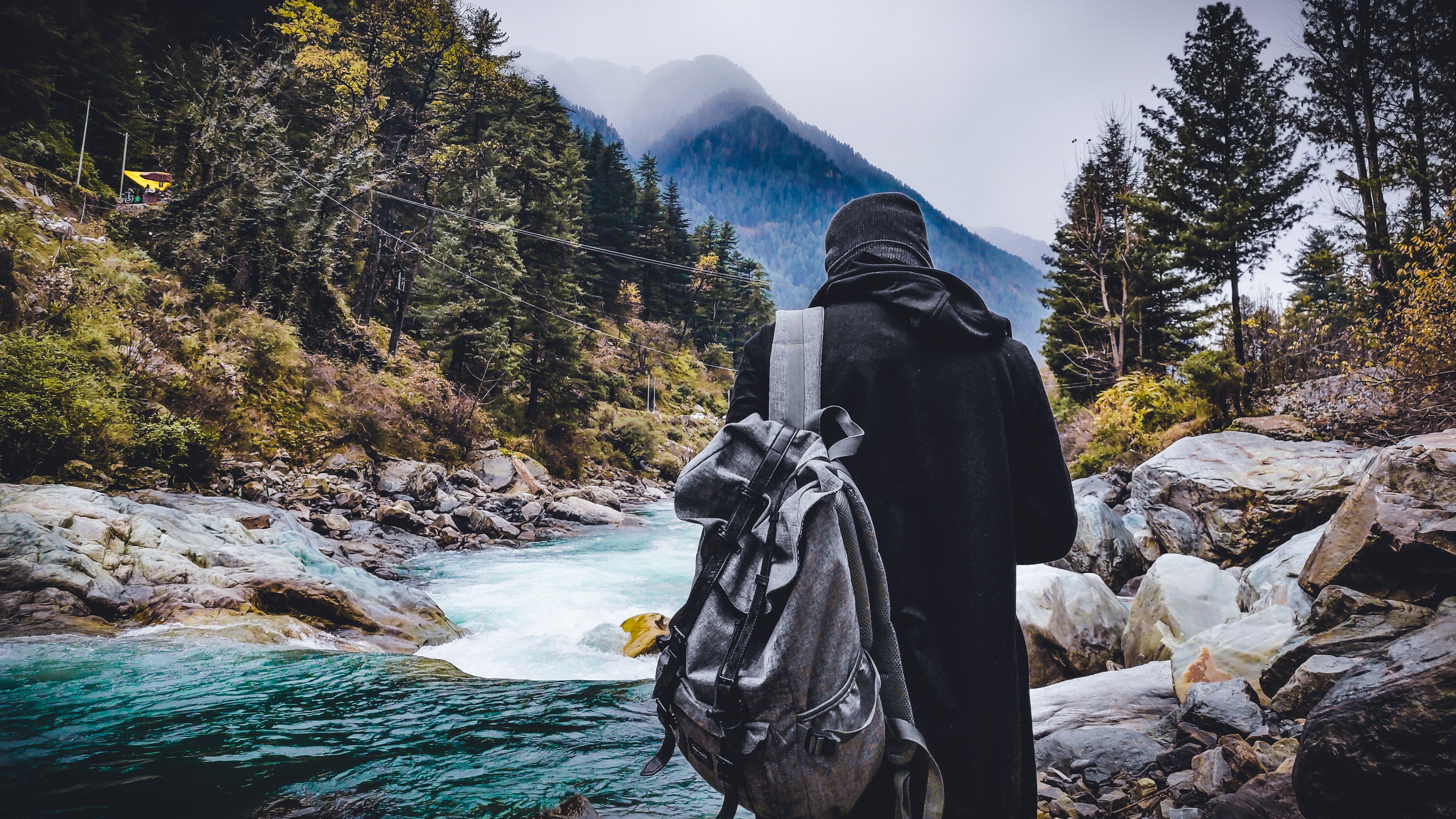 Best Time To Travel To Kasol

Even though Kasol is a place that will welcome every traveler with open arms throughout the year, a lot of people prefer going to this hamlet in the summer months of May and June since that has the most lenient temperatures. In fact, a lot of locals also choose to migrate to the warmer parts of the country during the winters. 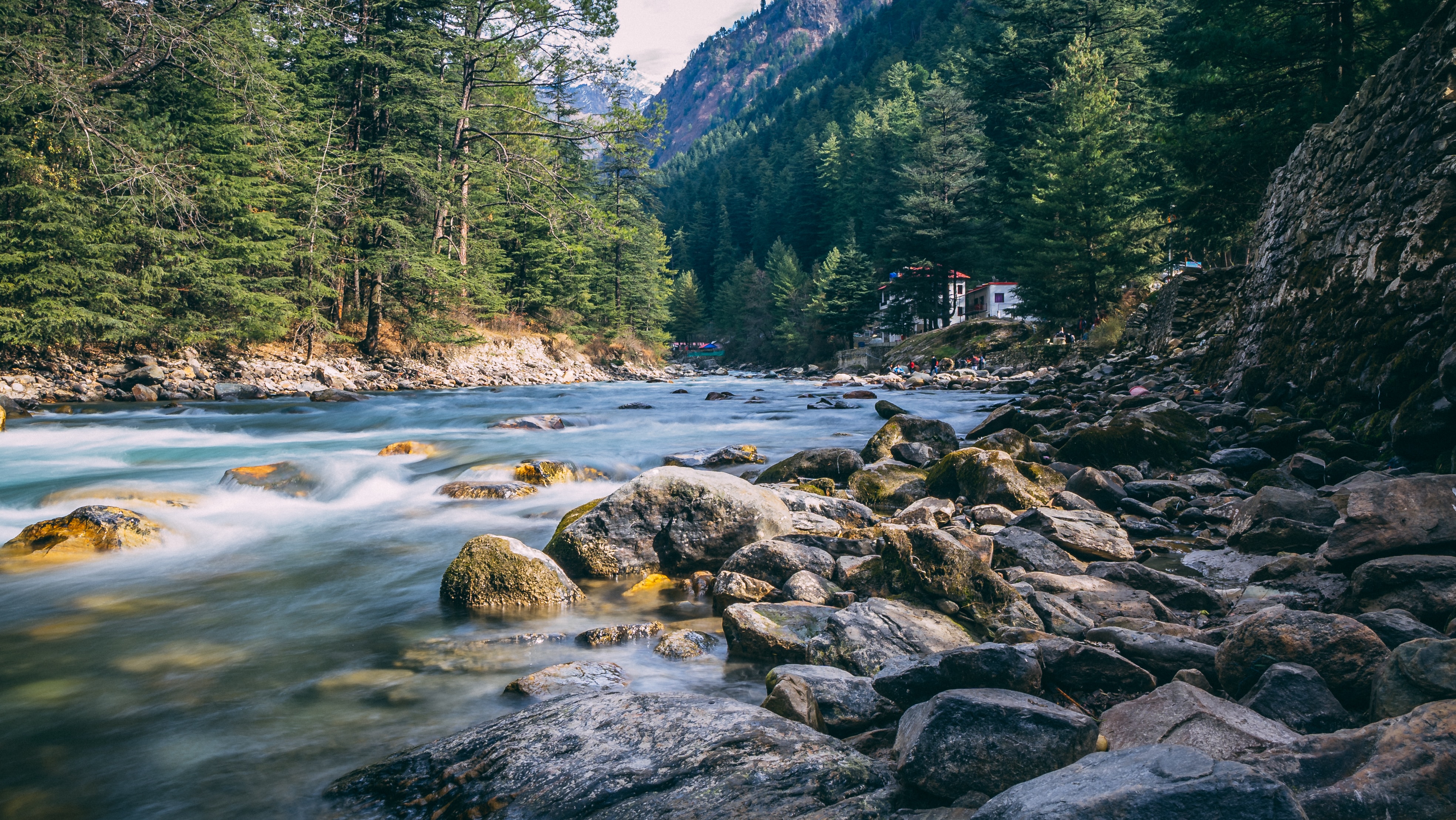 However, a lot of the adventure seekers who plan on starting a trek to one of the many exhilarating places that Kasol serves as the base camp, do choose to come to Kasol in the time between November and February. So if you’re an adventure enthusiast thirsty for some exploration, you can choose to visit Kasol in the winter months as well.

Kasol is a very tiny hamlet in Kullu. There are a lot of things around the town for you to explore, but all of these places are at a reasonable distance from one another. Other places that might be a little farther are the ones that are trails for trekking to places like Malana, Chalal, Tosh, or Buddhaban.

So, if you want to go around Kasol, your best bet is walking around town. The interactions with the locals and the nature you’re surrounded by in Kasol make the walk absolutely worth it, too! 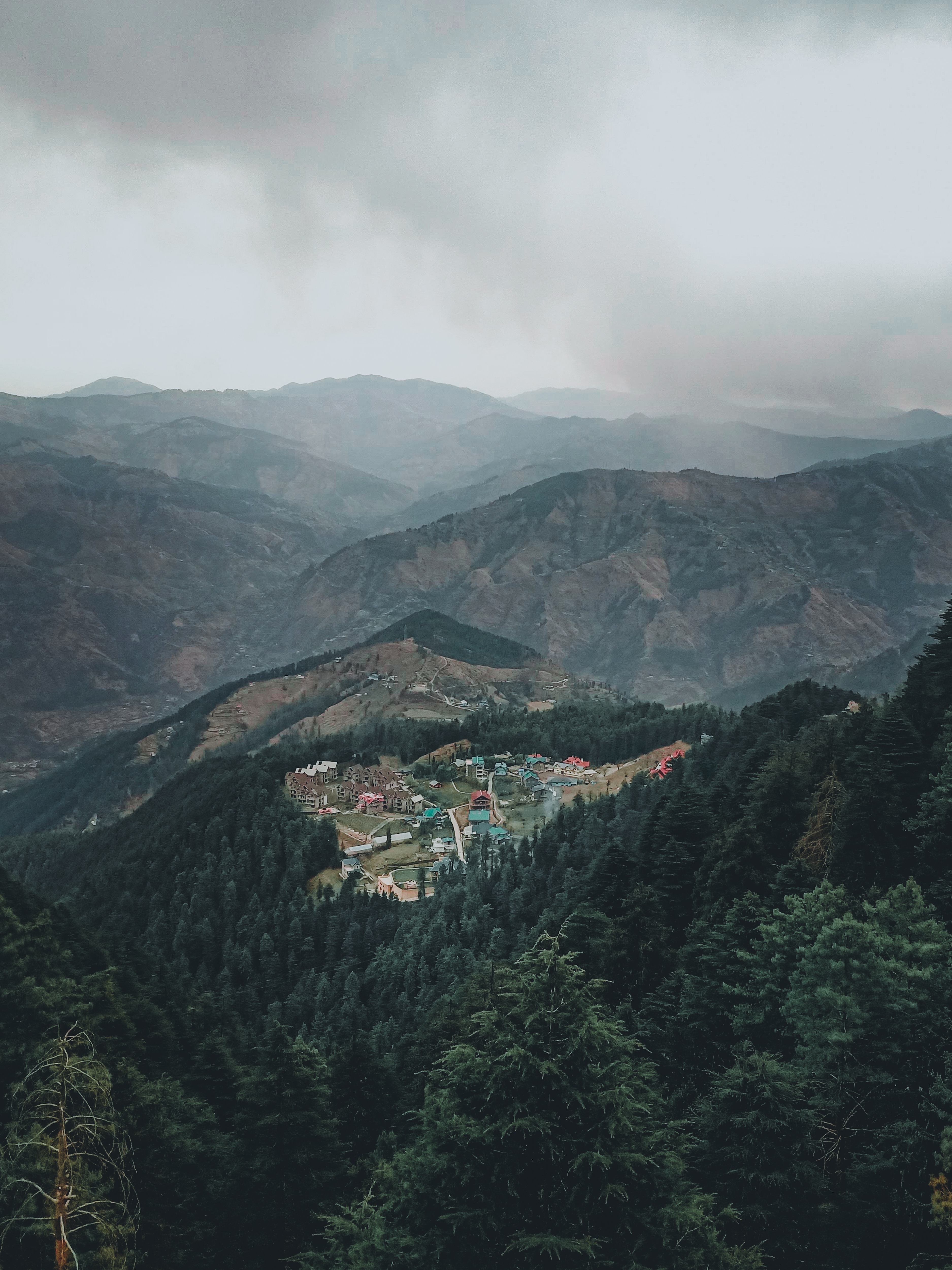 ‘People go to Kasol to get access to hashish’.

While it’s true that Kasol has a very hippie-friendly culture and there is hashish available rather easily, Kasol has much more to offer than just a chance to dip into the local culture. There are numerous trails to some of the most exhilarating places in India.

Not to mention the urbanization that this hamlet has seen because of tourism has also given rise to a way of life that is a combination of Israeli and Indian cultures, with food from all over the world. Kasol, if nothing else, cannot be defined by only one thing. It’s a place that is very different from all other tourist places in India, and arguably the world. So, why not come here and see these 10 Places To Visit In Kasol?

Manikaran Sahib is a prominent pilgrimage location amongst the Hindus, and much more important amongst the Sikhs. This place is known to have a lot of religious significance. In fact, there are some hot springs in this place that are known to temporarily, if not permanently, heal arthritis. 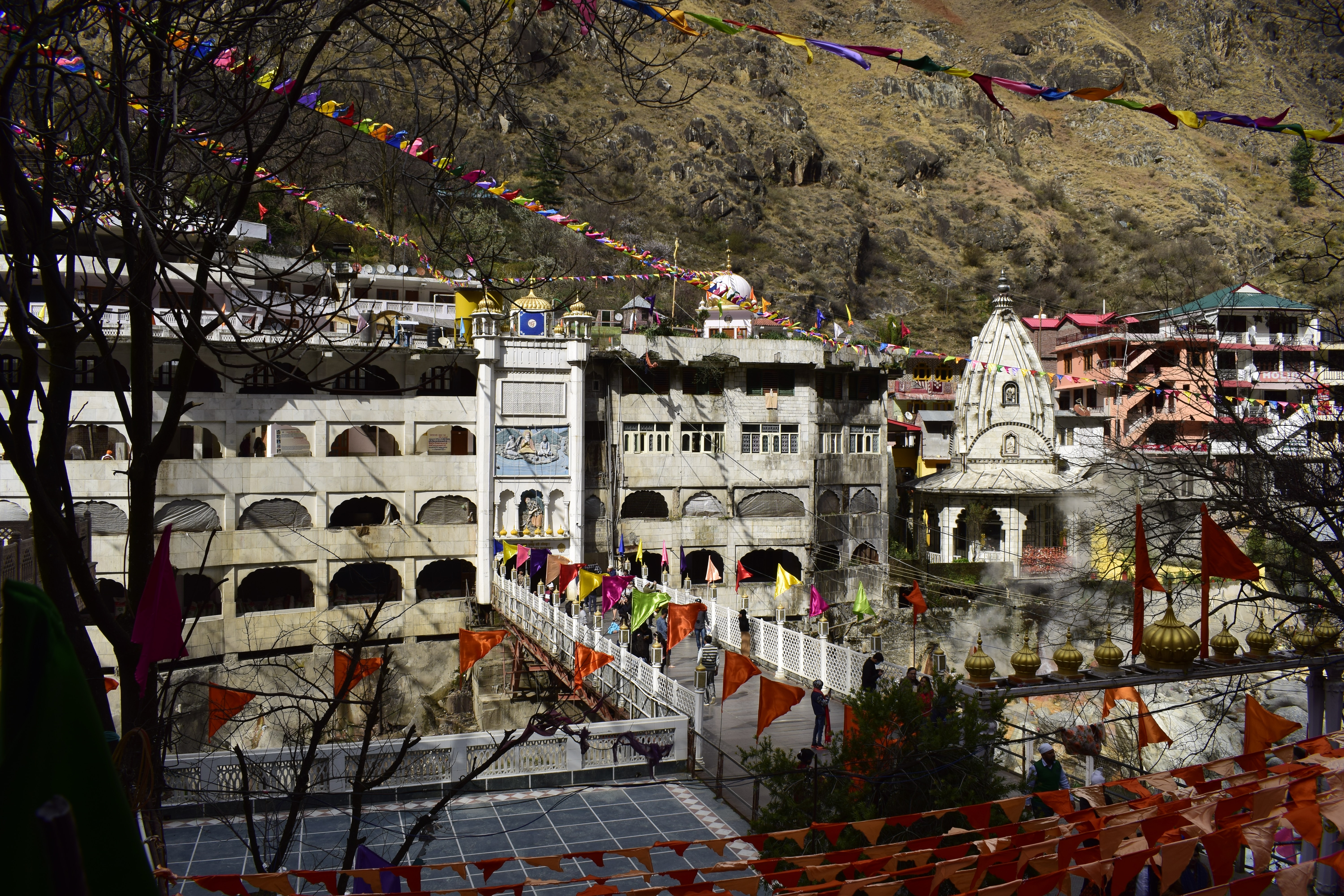 The langar (food) in this place is also very famous since the rice served during the langar is also cooked in the hot springs. Other than that, there are many mythical stories that surround this place. Now, whether they are true or not, this place is definitely worth visiting.

Tirthan Valley gets its name from the Tirthan river that flows right beside the valley. Nestled at an elevation of 1,600 m above sea level, this valley has many natural wonders attached to the river. You can follow the trail by the river to experience peace, quiet, and beauty in one single stride. Kalga is a small village near Kasol that is the epitome of ‘off-beat’. There are endless apple orchards and open fields with wooden houses sprinkled in the village. If you want some me-time with the company of nature, Kalga is the spot for you!

Chalal is a trail that starts from within the village of Kasol and takes you alongside the Parvati river. This hour-long trek takes you to a bridge that provides a panoramic view of the beautiful landscapes. After crossing the bridge, you can also visit the hot springs that form on the Chalal Trek.

Pin and Parvati are two valleys that are on either side of a beautiful, and equally adventurous, trans-Himalayan Pass. While Parvati Valley is known for its colorful and vast meadows, Pin Valley earns its fame for its snow and icy terrain. While Kasol has some of the most beautiful treks in the area, you can explore these 8 Thrilling Treks In North-East India, too! 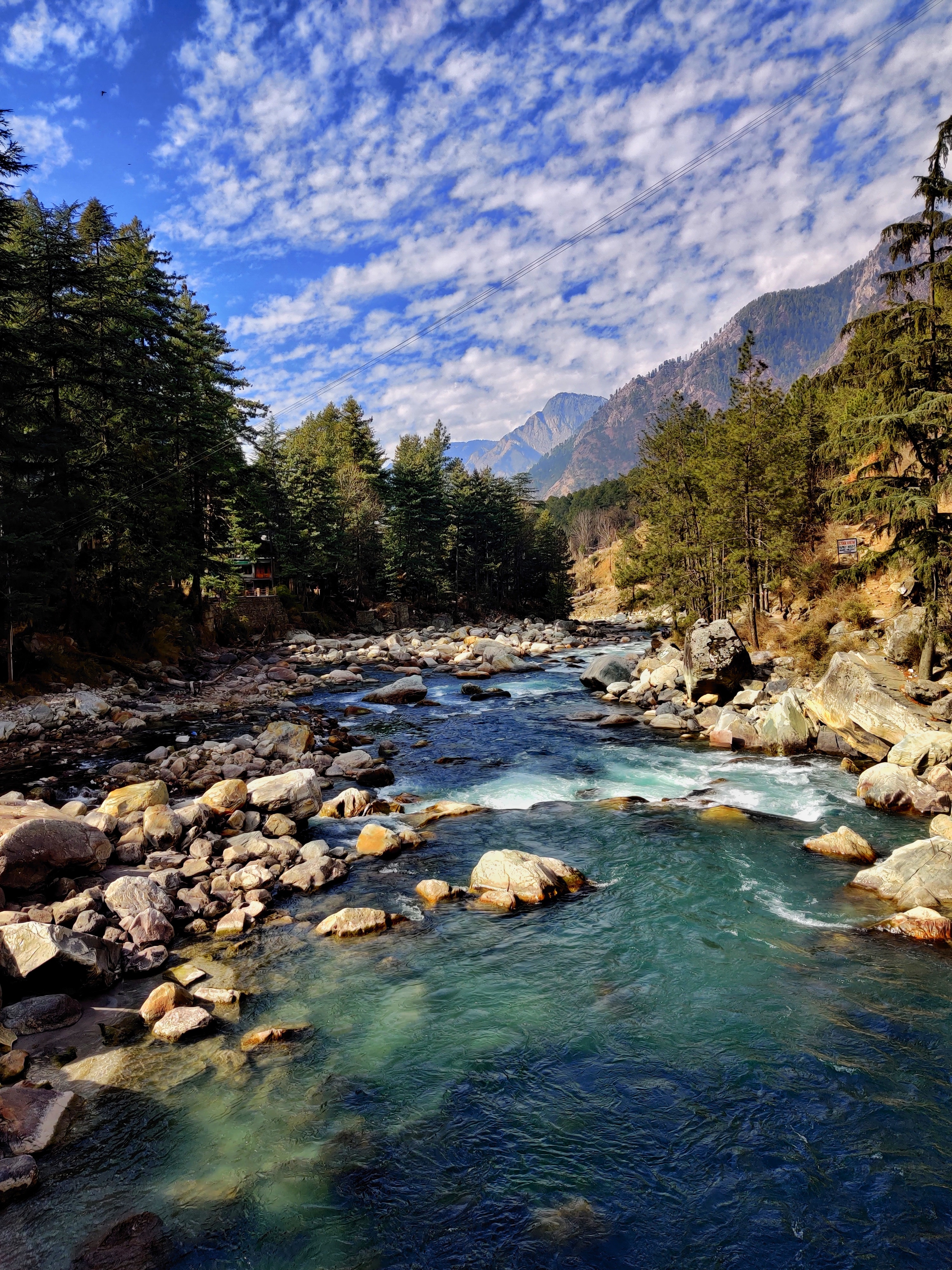 Why Is Kasol So Famous?

Kasol is famous for its beauty that is upheld because of the fact that it’s untouched by urbanization. There are many enthralling treks that lead to places that will blow your mind away!

Is It Safe To Go To Kasol?

Yes. One of the biggest ‘risks’ of going to Kasol is the weather, which changes through the year rather dramatically. For some, the snowy winters could be a little unsafe than the rest of the year.

How Far Is Parvati Valley From Kasol?

Parvati Valley is about 40 km away from Kasol.

Why Is Kasol Called Mini Israel?

Kasol is called Mini Israel because of the high number of Israeli residents, as well as the heavy influx of Israeli tourists that visit this hamlet.

How Many Days Are Enough To Visit Kasol?

To explore the entirety of Kasol, and most of the places around it, a period of four to five days is enough.

Is Kasol Better Than Manali?

While Manali is more of a family destination, Kasol is a better option if you’re looking to get away from the crowd and are solo traveling. Kasol is a great place for adventurers and backpackers, with several adventure sports to try.

What Is The Best Time To Visit Kasol?

The best time to visit Kasol is during the summers (March - June). At this time, nature is at its best in Kasol, and you can camp or trek comfortably.

Is There Snowfall In Kasol?

Yes, Kasol does experience snowfall in winters between October and February. 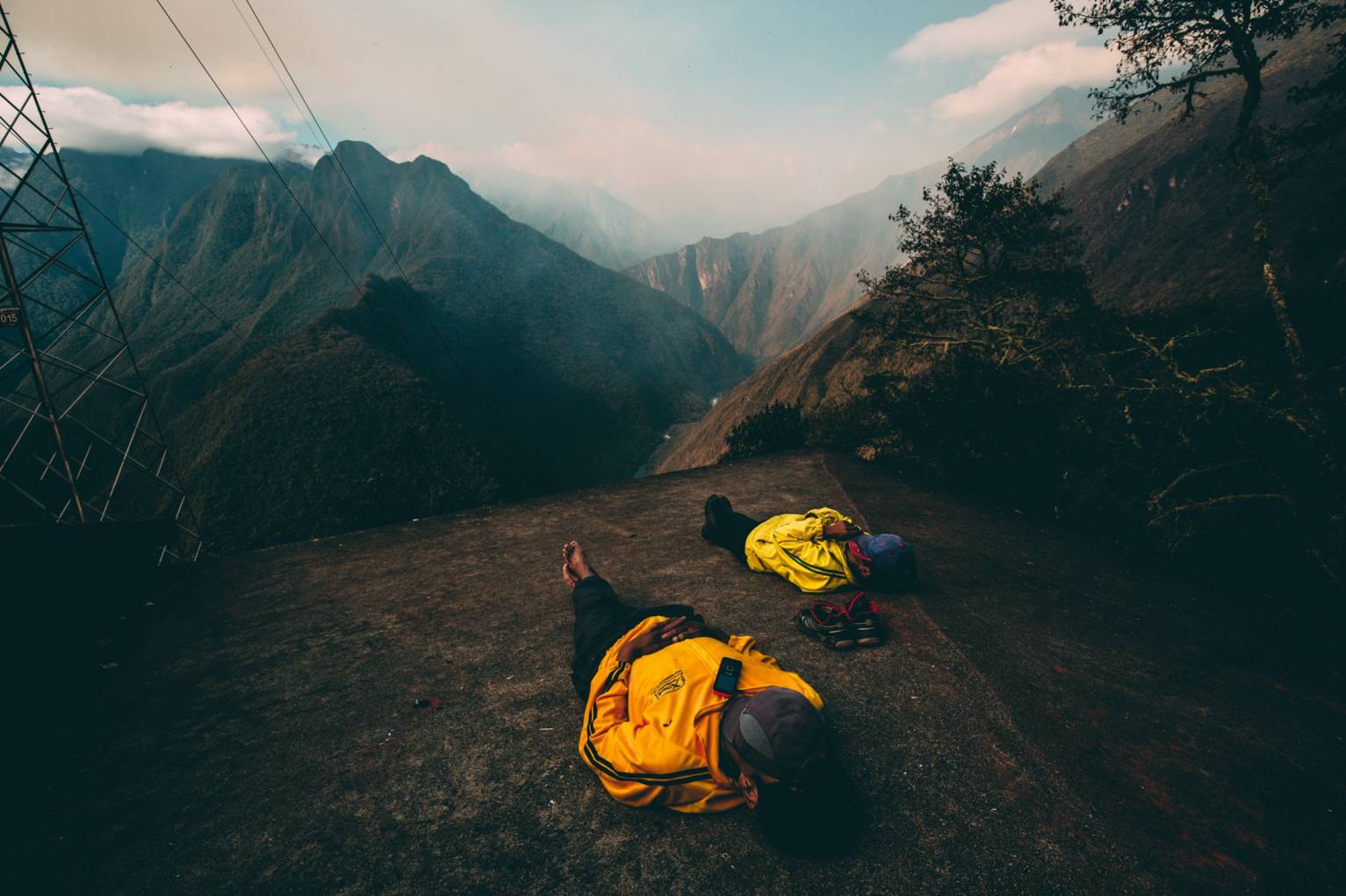 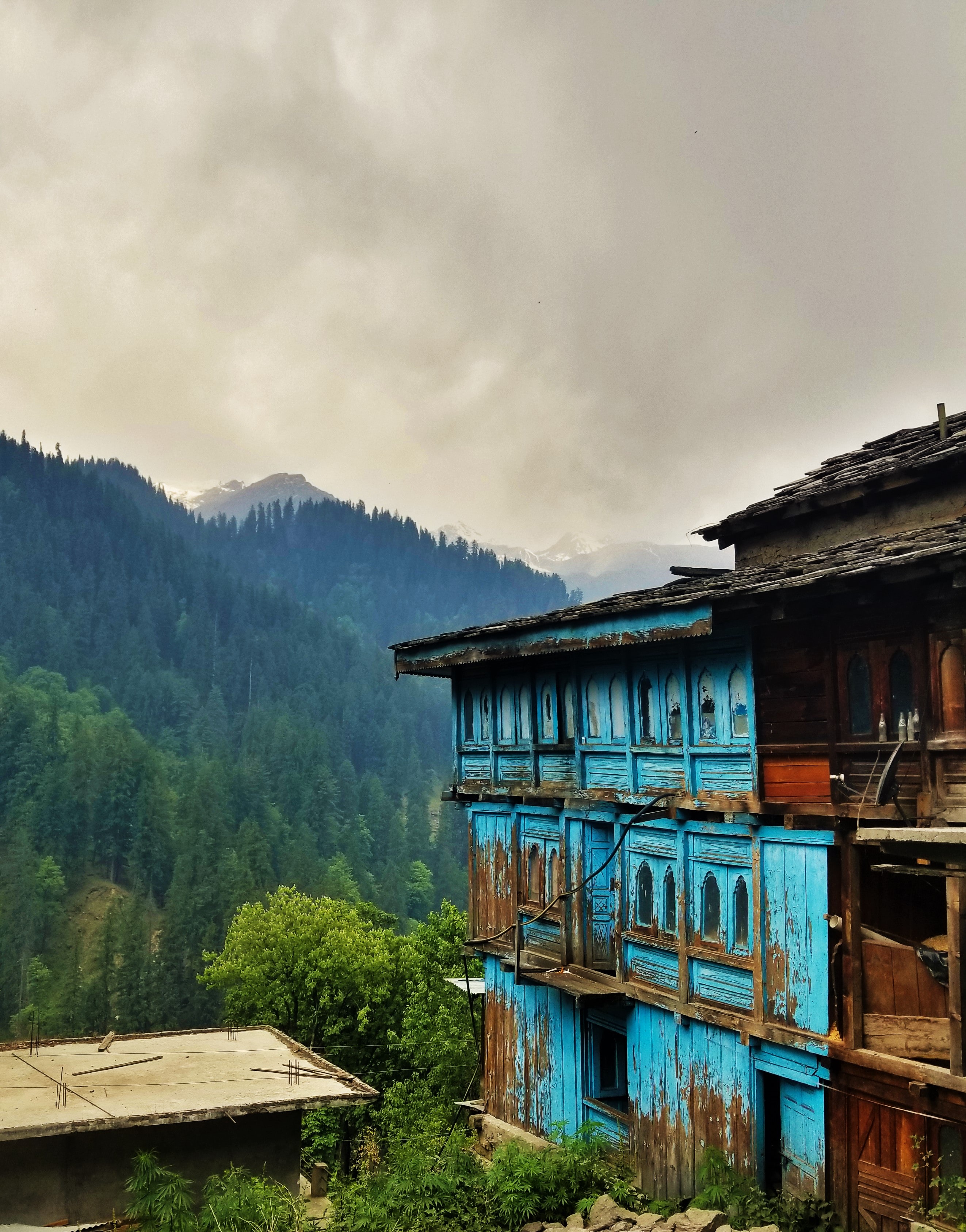 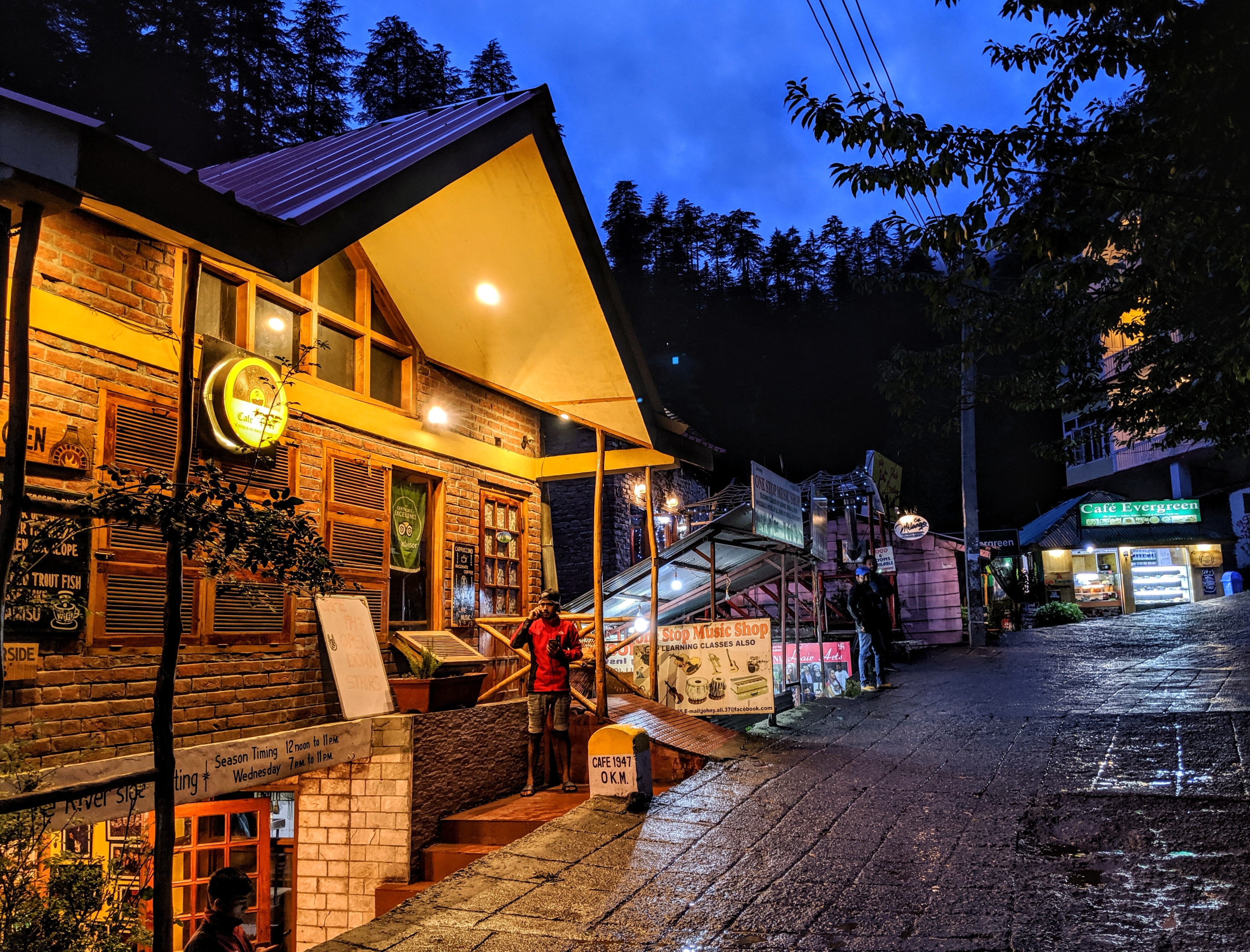 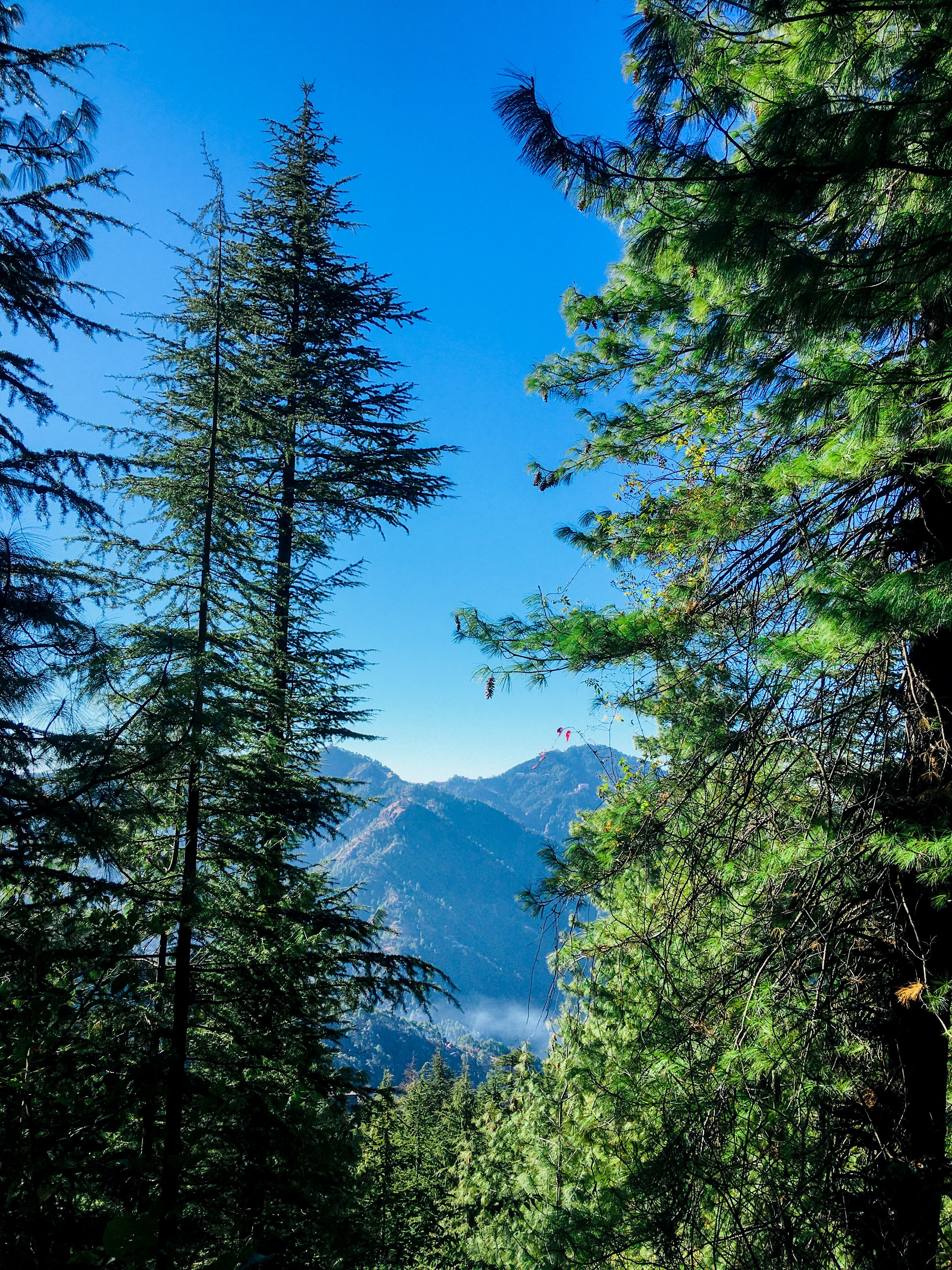 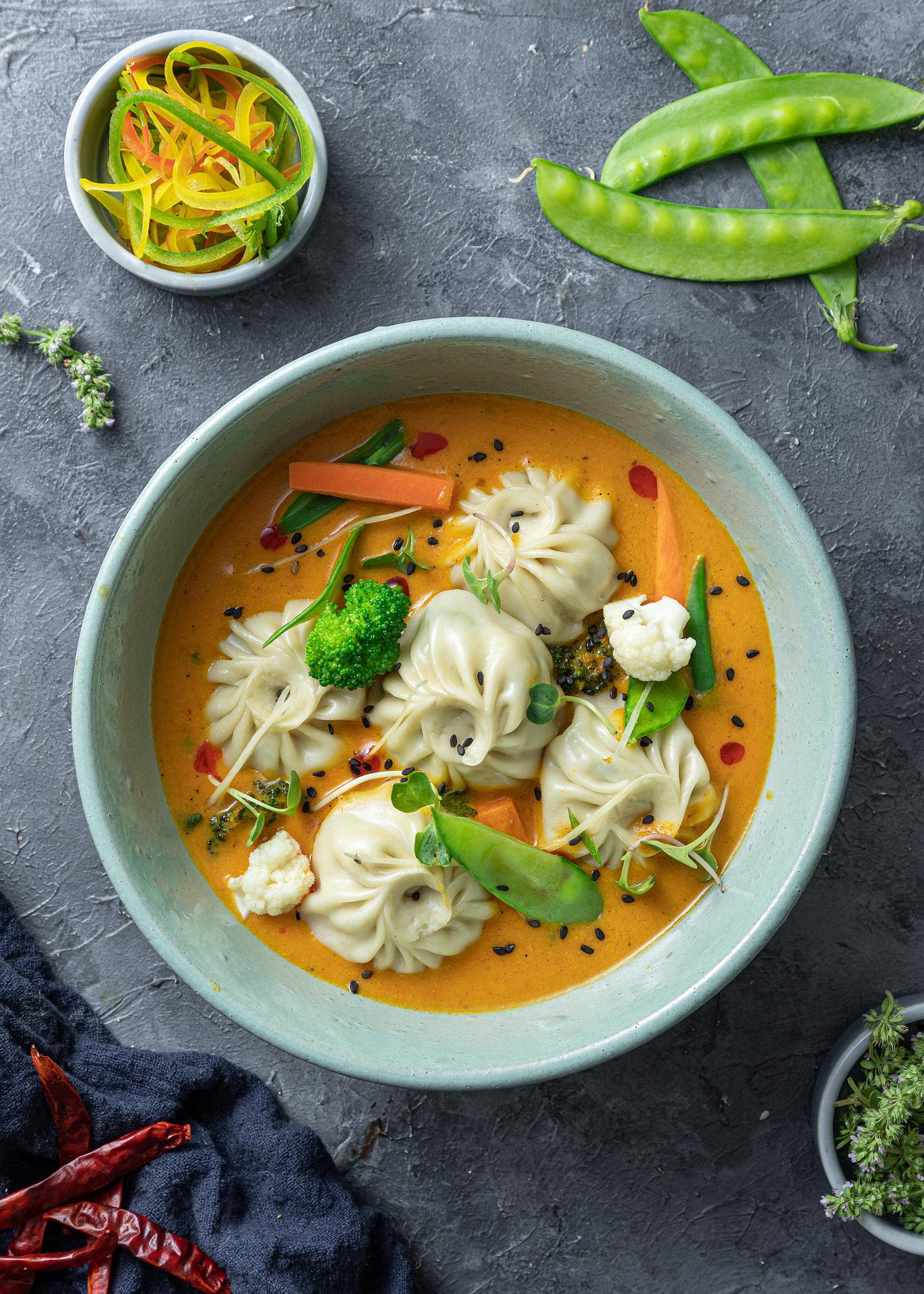