Jorhat, the second largest city of Assam is a culturally and commercially rich city. In fact, it is not just culturally diverse but also has significant historical relevance. With over 135 tea gardens, Jorhat is known as the Tea Capital of Assam. Great tea, a lovely cruise tour in the majestic Majuli river and many other interesting things await you at Jorhat. Since Jorhat is a recent addition to the tourist maps, you might need a little help exploring the city. And, we have come up with the perfect Jorhat travel guide just for you!

History And Culture of Jorhat

The history of Jorhat has a lot to do with what the city has to offer today. Long back, Jorhat was under the rule of the Mughals and was later liberated by the Ahom Dynasty. To date, the city is grateful and praises the bravery of the Ahom warriors. And, the way all its beautiful monuments have been maintained to date, reflects the same.

Most parts of the city practices the Vaishnava culture, especially the population of Majuli Island. And the richness of this culture can be felt at each of the satras and monasteries of Jorhat.

Thanks to the vast cultural diversity that has stuck over the years, Jorhat has been the muse to many reputed writers, actors, musicians, and historians. In fact, it is known as the ‘Cultural Capital of Assam’. And since Jorhat is the main hub for jewelry design, this culture can be seen in the graceful jewelry designs Assam is known for. From the abundant flora and fauna to the every day objects used in the state, these designs depict them all. So while you’re out exploring the quaint city of Jorhat, don’t forget to shop for some of these intricately designed jewelry.

How To Get To Jorhat

The nearest airport to the city of Jorhat is the Rowriah Airport located at a distance of 7 km from the city center. From the airport, you can take a 13-minute taxi drive or an hour bus drive to the city.

If you’re planning to travel by train, you can get down at the Mariani Junction railway station which is just 18 km away from the city and connects with all major cities across the country. The Jorhat Town railway station only serves Jorhat city.

Accessing Jorhat by road via private vehicle can be pretty exhausting as it will be a long journey. Alternatively, you can take a bus and arrive at Guwahati and then take a local bus to Jorhat. For traveling within the city you can opt auto-rickshaws and local cabs, as they know the way around the city. You can also avail of bus services from the Inter-State Bus Terminus (ISBT) of Kotokipukhuri.

Best Time To Travel To Jorhat

Summers in Jorhat can be hot and humid, making it uncomfortable to travel and go sightseeing. And, monsoons can be risky as extreme rainfall sometimes leads to floods. So, the best time to travel to Jorhat is during the months of November to March. The climate is cool but pleasant and early spring is the best time to be here. So, make sure you plan your trip around this time so that you get to enjoy Jorhat to the fullest!

To make the most of your sightseeing in Jorhat it is best to book a private tempo traveler or four wheeler for the number of days you will be here. The reason for that is the touristy places in Jorhat are pretty spread out. If you have a dedicated vehicle for sightseeing you will easily be able to cover more. Visiting Majuli Island, the various sastras (religious monasteries), and then heading to Kaziranga National Park which is at a distance of 2.5 hours by road from Jorhat is only possible with a vehicle of your own.

Located on the Brahmaputra river at a distance of just 20 kilometers from Jorhat, is Majuli Island. The place is a gorgeous green island surrounded by sparkling freshwater. It is credited as the world’s largest riverine island. This was also the place where the first neo-classical monastery was established, followed by many other satras and monasteries.

Majuli island is mostly inhabited by tribals, so visiting this island will help you get a glimpse of the culture and their occupations like agriculture, pottery, fishing, weaving, and handloom. Apart from the picturesque views of nature, you will also be treated to the warm hospitality of the people. Other than taking a tour of the island you can also get lost in the beauty of the ancient satras and monasteries.

Visiting Majuli island at the right time would let you birdwatch various endangered species. If you’re lucky you can also be part of various celebrations, especially the main festival of Raas (usually celebrated in October or November), where the people enact various acts and performances from the life of Lord Krishna.

Also read: 7 Unique Things To Do In Northeast India

If you’re a lover of nature and wildlife, you would really appreciate visiting Gibbon Wildlife Sanctuary. Named after the Hoolock Gibbon population (the only ape to be found in India), this sanctuary is just 15 km away from Jorhat. The sanctuary is surrounded by lush tea plantations on one side and the fluvial Brahmaputra river on the other.

What makes Gibbon Wildlife Sanctuary stand apart is that at this sanctuary you will find over 40 species of Hoolock Gibbons and primates of other species rarely found in other sanctuaries. Walking around the sanctuary and spotting different animals would be a great way to spend some unforgettable time with your family and friends.

To tickle the science geek in you, Jorhat has a Science Centre and Planetarium. The center has various thematic galleries, a gigantic planetarium, and a technological know-how park. At the technological know-how park, you get to discover and experience the numerous elements of technology. Further, at the planetarium, you’ll find a dome-shaped projection of stars and planets that make you feel like an astronaut in space. Bringing your kids along to this center, will definitely help them learn some science facts in a fun way.

Dhekiakhowa Bornamghar is a temple established by a famous saint and reformer, Madhavdeva. Madhavadeva was known to promote the Vaishnava culture among the people of Jorhat. One of the prominent features of this temple is a sacred lamp that has been burning for more than 485 years now. It is believed that the earthen lamp was originally lit by the saint himself and the villagers were asked to keep it burning. Visiting this temple would not only help you witness these wonders of the temple, but also let you in on the culture of the town.

Also read: 5 Of The Best Luxury Hotels In Northeast India

Somewhere between the months of November and January, Jorhat celebrates the Tea Festival. It is to celebrate the tea estates and the hub of tea industries that Jorhat is. During this festival, you get to visit the tea gardens and play golf in the oldest golf club of ‘Jorhat Gymkhana’.

You can also engage in adventurous activities like jungle safari and river rafting. The festival also makes space for food fests and fairs, which is a treat for you to have some fun at the fair, shop for some souvenirs, and relish some mouth-watering cuisines. This is also the time when delegates from different countries fly down to discuss the issues of the tea industry. So, being present in Jorhat during the fest would help you get a closer look at the culture of Assam.

Tucked in between the rubber and coffee plantations 13 km away from Jorhat are the magnificent Kakochang waterfalls. Situated in the dense forests of Jorhat, this waterfall is a popular one in Assam. The landscape of the vibrant greenery and the sparkling water flowing down to a natural pond below is indeed spectacular.

From the Kakochang waterfalls, you can also get a view of the ruins of the archaeological site of Deopahar, filled with ancient temples and sculptures and some popular tea gardens. While you’re visiting the waterfalls, you might as well check out the nearby Kaziranga National Park and catch a glimpse of the fascinating wildlife.

What Is Special In Jorhat?

Jorhat is known as the “Tea Capital of Assam”, with over 135 tea gardens spread across its lands. Apart from its flourishing tea estates, Jorhat is also home to various other tourist attractions like the popular Majuli Island, Tocklai Tea Research Centre, Gibbon Wildlife Sanctuary, and many others.

Is Jorhat Safe To Visit?

Yes, serving as a doorway to Assam and Nagaland Jorhat is very much safe to visit. A trip to the culturally diverse city of Jorhat would truly be a refreshing trip.

Yes, Jorhat is surrounded by hills dotted with several tea estates. Other than the hills, you can also find forests, sanctuaries, natural caves, deep gorges, and gushing water bodies.

Is Jorhat A City Or Town?

Jorhat is actually a city in the gorgeous state of Assam. It is not just any city, but the culturally and commercially rich second largest city of Assam.

Why Jorhat Is Known As the Cultural City Of Assam?

It is known as the cultural city of Assam because it has been a culturally diverse city for decades. The city also encouraged a lot of participation of the people in various cultural activities. The result of which is reflected in the increase in the number of its creative writers, actors, musicians, historians, and journalists.

Which Is The Safest City In Assam?

There are more than one cities of Assam that are credited safe to visit. Some of them are Tezpur, Jorhat, Bongaigaon, Tinsukia, Kokrajhar, Golaghat, Haflong, Hailakandi, and Lakhipur.

When Was Jorhat Founded?

The city in Assam, Jorhat was founded in the year 1909.

What Is The Name Of Jorhat Airport?

The name of Jorhat Airport is Rowriah Airport. 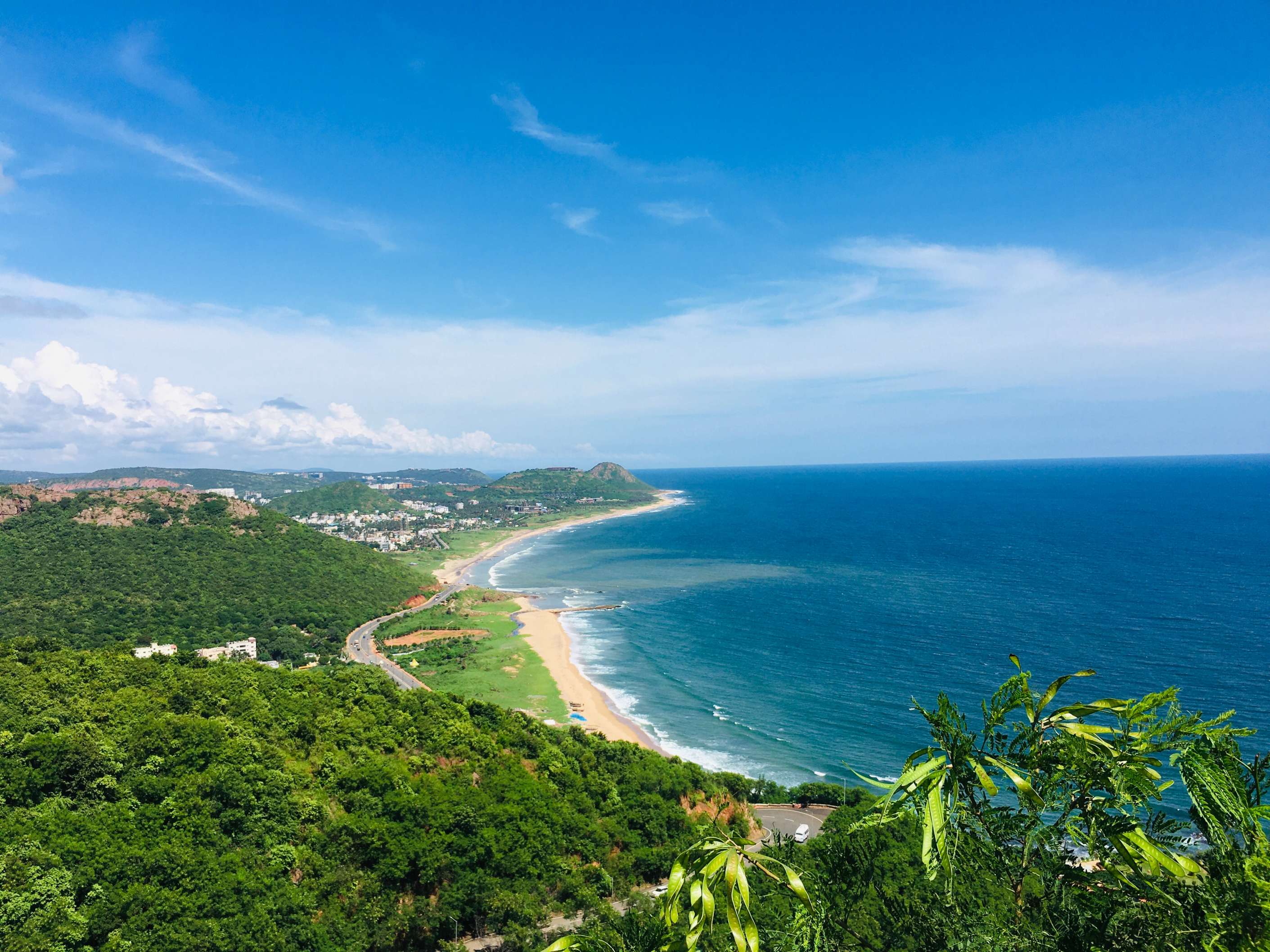 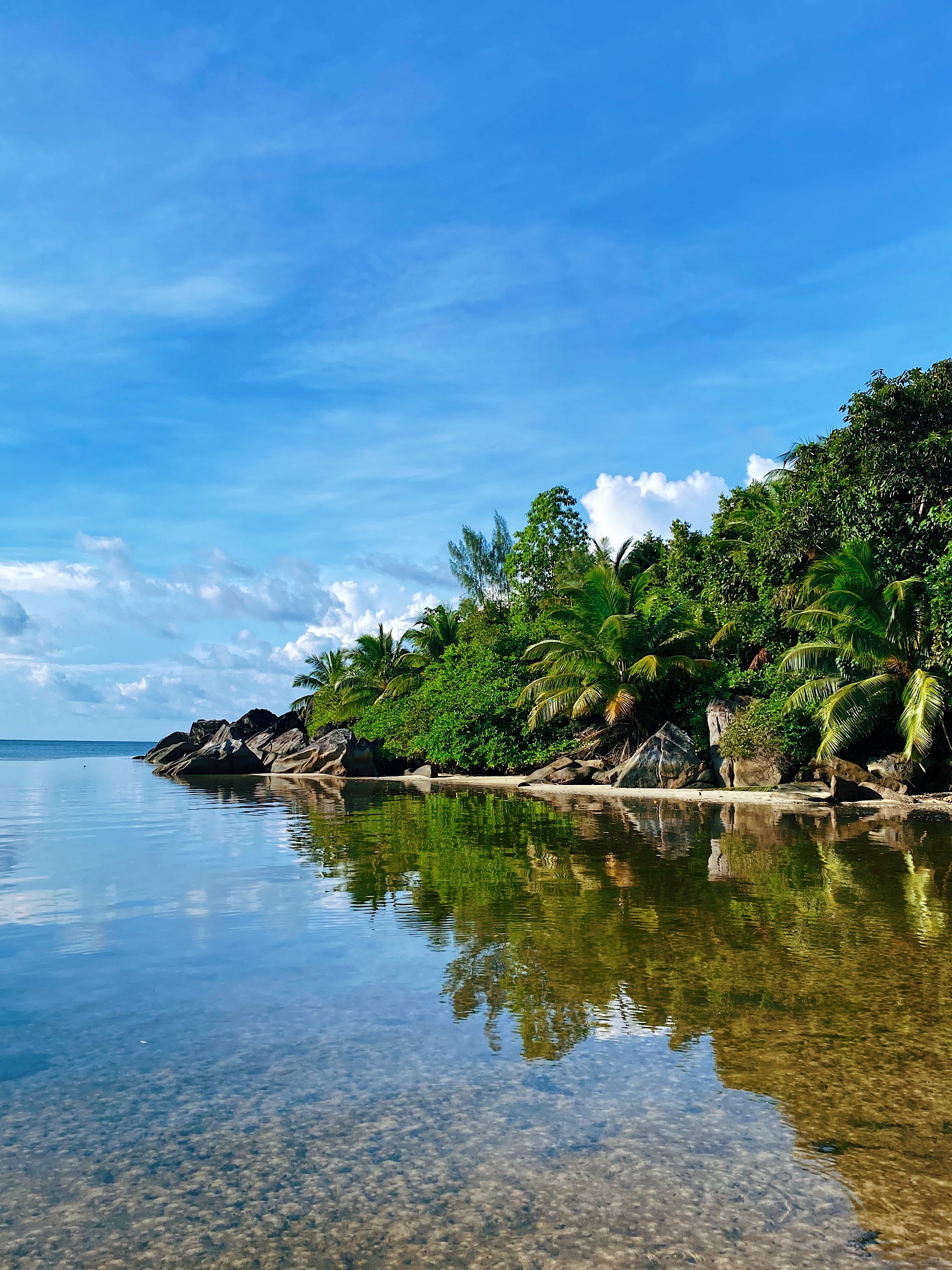 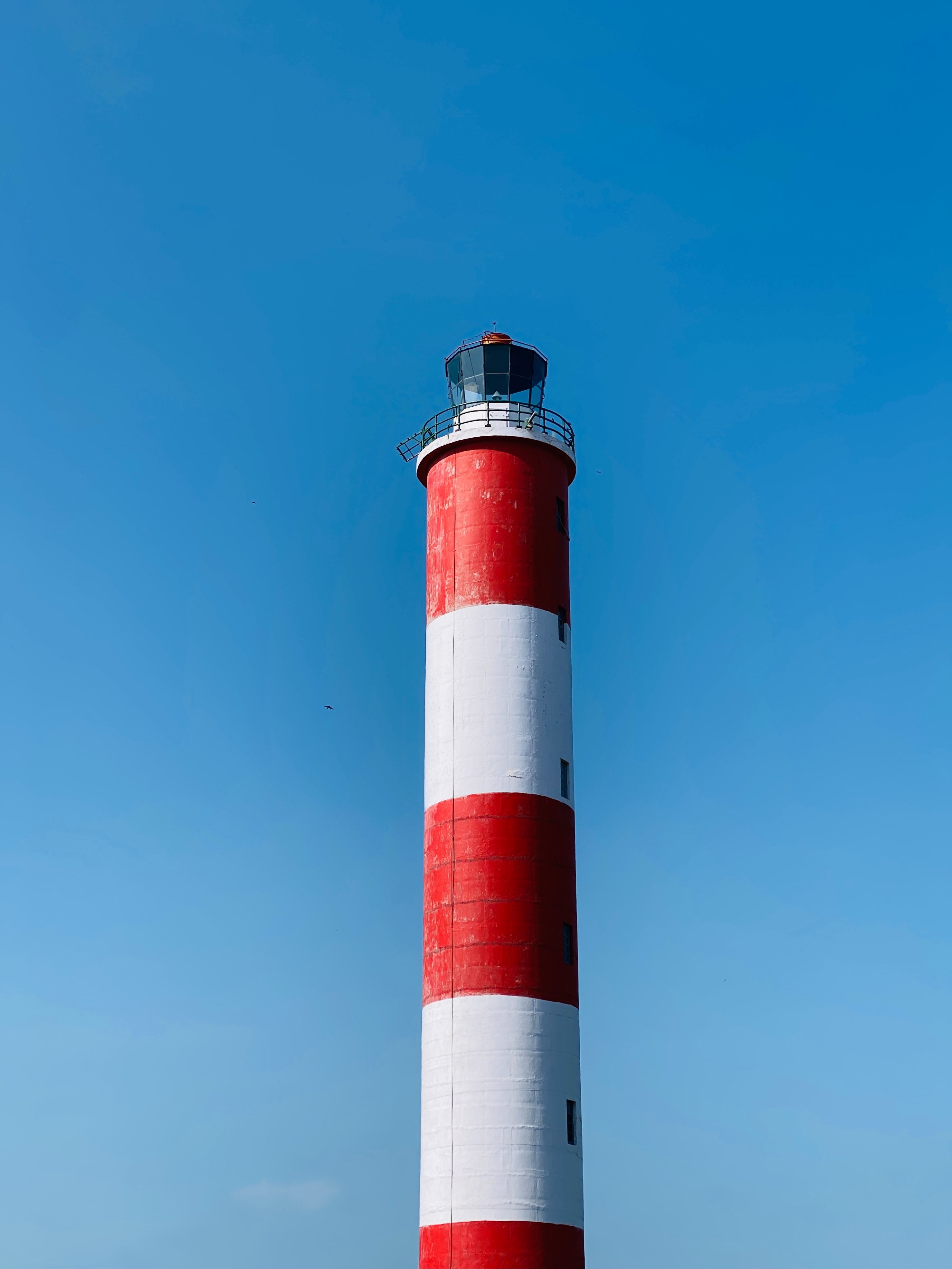 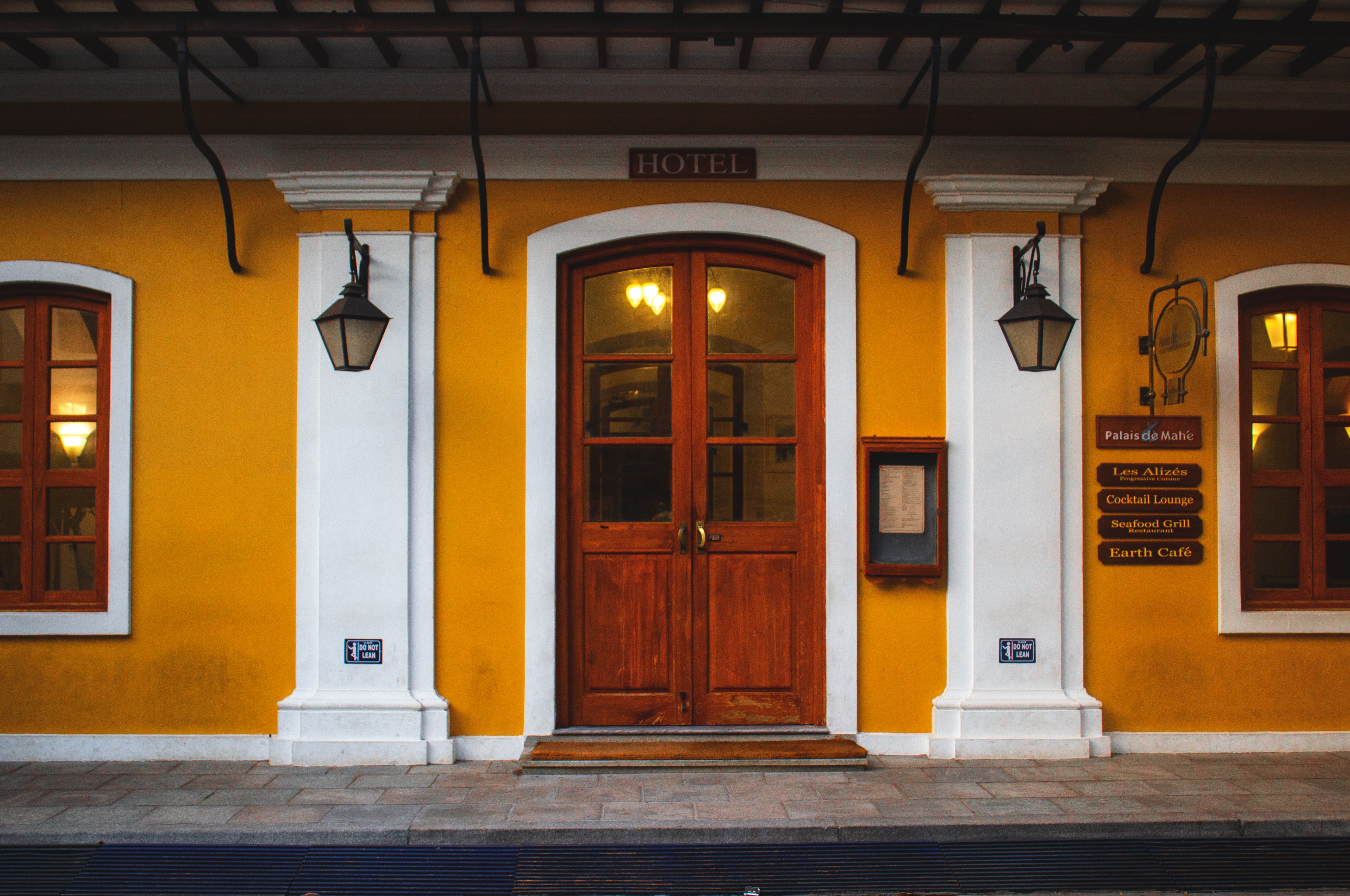 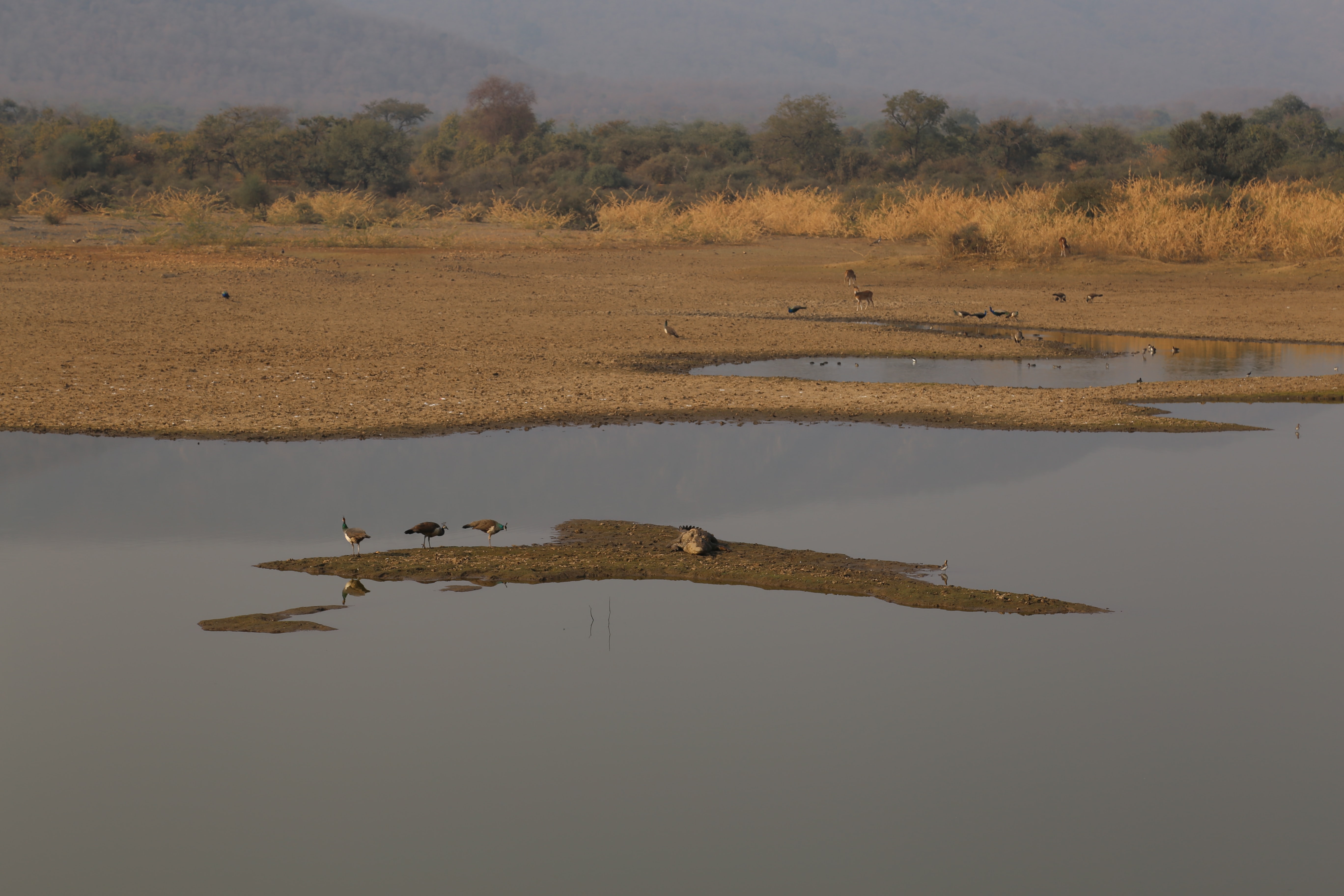