At an elevation of around 250 meters above sea level, the beautiful city of Haridwar is located on the banks of the holy Ganga River in the state of Uttarakhand. Known as the Gateway to Garhwal Himalayas, Haridwar has a total area of 2,360 square kilometers. Not just the thousands and lakhs of Indians, but people from around the world visit this pilgrim city in large numbers every year. The five pilgrimages, also known as the Panch Tirth, are Gangadwara (Har Ki Pauri), Kushwart (Ghat), Kankhal, Bilwa Tirtha (Mansa Devi Temple), and Neel Parvat (Chandi Devi). The world knows Haridwar for other reasons as well which are yoga, meditation, and Ayurveda.

Haridwar’s most noteworthy highlight among many is the Ganga Aarti, which is held every day in the evening at the Har Ki Pauri Ghat. You’ll witness an ocean of people at the banks of the river for this magical experience each and every day. Located at the foothills of the Himalayas, the sacred city acts as the base destination for other famous tourist places like Rishikesh, Dehradun, and Devprayag. Allow this Haridwar travel guide to give you a virtual tour of one of the most famous Indian cities, so you can also start planning your trip right away!

History And Culture Of Haridwar

Haridwar has been honored with many names like the Gateway to Gods, Kapila, Mayapuri, and Gangadwar. A few of the terra cotta findings in Haridwar suggest the presence of the city somewhere between 1200 and 1700 BC. The first-ever mention of the city can be found in the scriptures of the Mauryan Empire in 322-185 BC. Later, the Kushans came to power around the 1st century AD while King Harshvardhan is said to have ruled it between 590 and 647 AD. In 629 AD, this region was mentioned as ‘Mo Yu Lo’ in the archives of the Chinese traveler Huan Tsang.

The foundation of the present-day city of Haridwar was laid by Raja Maan Singh of Amber in Rajasthan. He transformed the whole city, remodeled the ghats, and also constructed two dams on the Ganga River. The Britishers reached Haridwar in the 19th century and built the Bhimgoda Dam in 1840 AD before officially constituting the Union Municipality of Haridwar in 1868 AD. This was also the time when the first railway track was added to the city. Haridwar started gaining popularity as a tourist attraction after independence.

Apart from Hindi, Urdu, and English, there are some local dialects that people speak and understand. People from every religion reside in Haridwar, be it Hindus, Muslims, Christians, or Buddhists. Most of the food in Haridwar is vegetarian and the options are endless. Some of the best restaurants are Mohan Puri Wala, Bhagwati’s Chhole Bhature, Chotiwala Restaurant, Aahaar Restaurant, and Mohan’s Fast Food.

Also read: Top 7 Things To Do In Uttarakhand

How To Get To Haridwar

Getting To Haridwar By Air

As we already told you, people from every part of the world regularly visit Haridwar. The nearest airport is the Jolly Grant Airport in Dehradun, which is just about 40 km away from the city. The airport is connected to New Delhi with daily flights. You’ll get the options of taxis and buses from outside the airport till Haridwar.

Getting To Haridwar By Train

The Haridwar Railway Station serves the city and it’s well connected to the country’s major cities like New Delhi, Mumbai, Kochi, Dehradun, Ahmedabad, Trivandrum, etc. You don’t have to worry about the frequency of the trains either. There are ample taxis and buses available from the station to take you to your destination.

Getting To Haridwar By Road

Haridwar is located on National Highway 58 and is easily accessible by road from a number of north Indian states like Haryana, Punjab, Uttar Pradesh, and other places in Uttarakhand like Dehradun and Rishikesh. There are also daily buses, both state and private, from New Delhi and they are quite affordable too.

Best Time To Travel To Haridwar

The six-month period from October to March is generally considered the best time to visit Haridwar since the weather remains pleasant. For pilgrims, the best time would be during Diwali in October or November and Kavad Mela in July.

The summer season in the city lasts around four months starting in March and ending in June. The temperature during this period varies from 35°C to 45°C and it could get really hot for you to explore places in the heat. The monsoon season starts in July and goes on for three months till September. While the temperature ranges from 20°C to 32°C during this period, the unpredictable rains might not let you execute your travel plans as decided. The winter season lasts five months from October to February and the temperature ranges from 2°C to 21°C. This is definitely the best time to visit Haridwar as you get to explore the city at its best.

The local buses are widely available throughout the city and are also the cheapest form of public transportation. Many private operators organize sightseeing tours as well.

By Cabs And Taxis

The literal translation of Har Ki Pauri is ‘Steps to Lord Shiva’ and without a doubt, it’s the most talked about and visited spot in Haridwar. Har Ki Pauri is located on the banks of the Ganga River. The Ganga Aarti, also known as Har Ki Pauri Arti, which is famous around the world is held at this very ghat every evening as thousands of devotees come together, pray together, and then release their diyas to float in the Ganga River. This also happens to be the spot where the river coming down from the Himalayas meets the plains for the first time. Even amidst the loud chants and the sound of the gongs in the background, there’s always a sense of peace.

It’s believed that King Vikramaditya built this ghat in memory of his brother, Bharati who used to regularly meditate on the banks of the Ganga River. Lord Vishnu and Lord Shiva are said to have visited Brahma Kund in Har Ki Pauri during the Vedic times. You’ll get to see a large footprint engraved on a stone wall and the popular belief is that it belongs to Lord Vishnu.

Not just pilgrims, Haridwar’s tourist list includes a huge number of animal and nature lovers as well. Spread over an expansive area of 820 square kilometers, Rajaji National Park is an Indian national park and a tiger reserve which is located in the Shivalik ranges of the Himalayas and attracts people for its stunning views and rich biodiversity. The different sanctuaries in Uttarakhand - Chilla, Motichur, and Rajaji - were integrated into a large protected area in 1983, and hence, Rajaji National Park was established. It’s named after the first governor-general of India and the freedom fighter Late C. Rajagopalachari, affectionately known as Rajaji.

The national park is best known for its population of Asian elephants (over 350 of them). But there are many more species of animals like tiger, leopard, deer, goral, wild boar, sambar, chital, sloth bear, woodpecker, langur, jackal, hyena, etc. All in all, there are more than 50 species of mammals and over 300 species of birds in the national park. On April 20, 2015, the government declared Rajaji National Park as the 48th tiger reserve in the country, making it just the second one in the state of Uttarakhand after Jim Corbett National Park.

Haridwar’s Chandi Devi Temple is located on the Neel Parvat of the Shivalik Hills and it’s dedicated to the Chanda Devi Goddess. Also known as Neel Parvat Teerth, it is believed that the foundation of the temple was laid down by a Hindu priest Adi Shankaracharya in the 8th century and the Kashmiri king Suchat Singh constructed a shrine in 1929. At a distance of just around four kilometers from the city, people can either reach the temple by trekking or via cable cars/ropeway and enjoy the beautiful views all around.

The temple is among the Panch Tirth or the only five pilgrimage sites in Haridwar. A visit to the Chandi Devi Temple is even more special during the festive times as people celebrate festivals like Navratra, Chandi Chaudas, and the Kumbh Mela in grand fashion.

Also read: The Valley of Flowers Trek In Uttarakhand

Is There An Airport In Haridwar?

No, there is no airport present in Haridwar. The nearest airport is just around 40 km away in Dehradun and it’s called Jolly Grant Airport. There are daily flights to this airport from New Delhi. You’ll find a huge number of taxis and buses at the airport to take you to Haridwar.

Is Transportation Available In Haridwar?

Usually, a very busy city, Haridwar has a lot of options for public transportation in the form of local buses, cycle rickshaws, auto-rickshaws, local taxis, and private cabs. If you’re visiting or leaving the city, there are multiple options for you as well like the airport in Dehradun, the Haridwar Railway Station, and numerous bus services that connect the city with other states.

How Many Days Should I Spend In Haridwar?

Around 1 to 2 days are sufficient for you to explore the best of Haridwar. You can easily visit all the major ghats and temples and also witness the evening Ganga aarti. You can also choose to extend your stay for a day or two if you wish to spend some time soaking in the spiritual and peaceful aura of Haridwar.

What Food Item Is Famous In Haridwar?

Would you believe us if we tell you that some people visit Haridwar only for its local food options? Although there are no food items that you won’t find in your hometowns, there is a special way these dishes are prepared in Haridwar. The best food items are aloo puri, pakode, kachori, chhole bhature, chaat, paratha, aloo tikki, gol gappe, bhel puri, gulab jamun, lassi, ras malai, kulfi, and fruit chaat.

What Time Is The Ganga Aarti In Haridwar?

If you ask any local about what's prominent in Haridwar, then they'll certainly point you toward the Ganga Aarti. This ritual takes places daily between 06:00 pm - 07:00 pm
What time is the Ganga aarti in Haridwar?

How Far Is Haridwar From Rishikesh?

Haridwar is just 20 km away from Rishikesh. 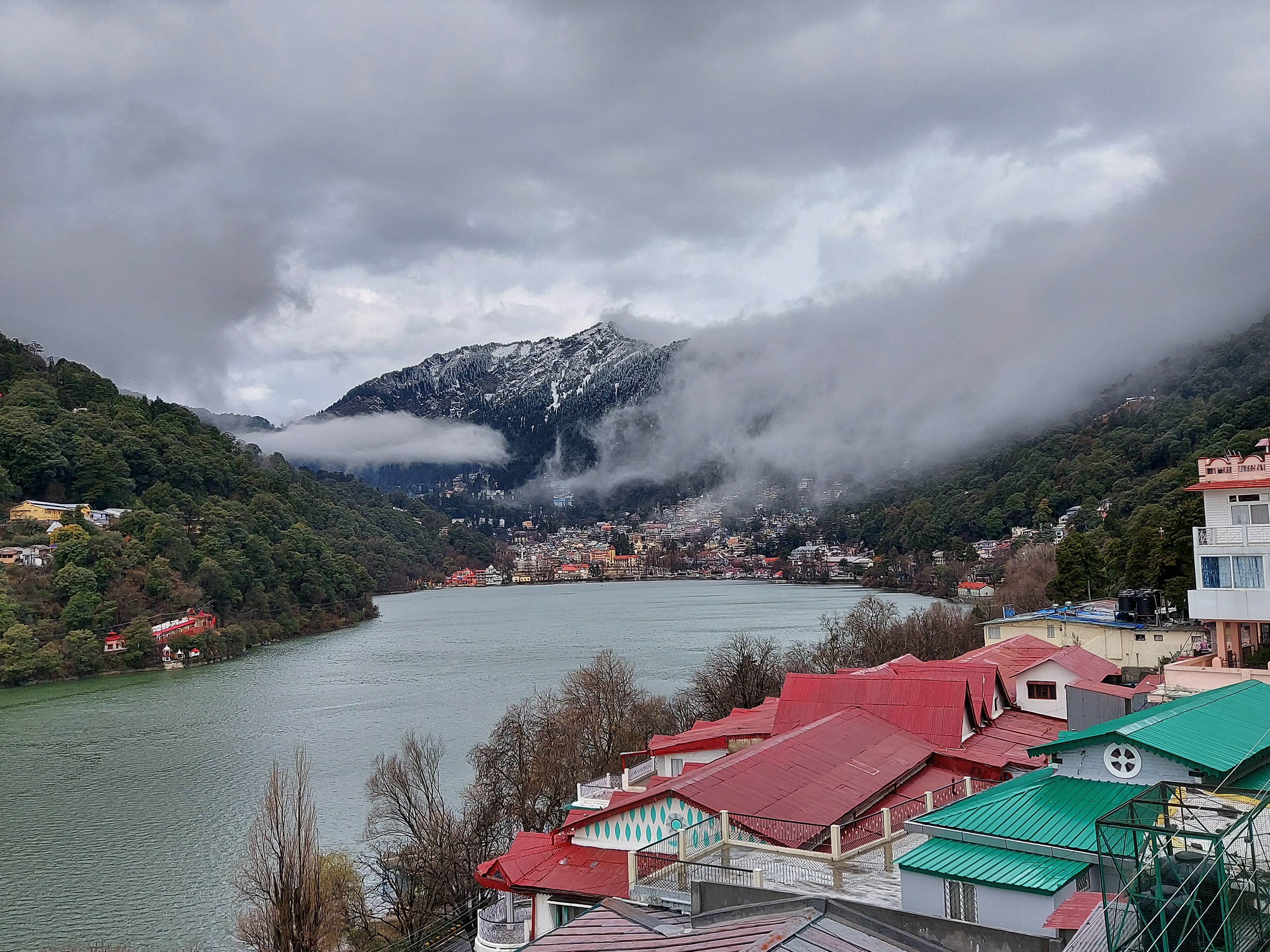 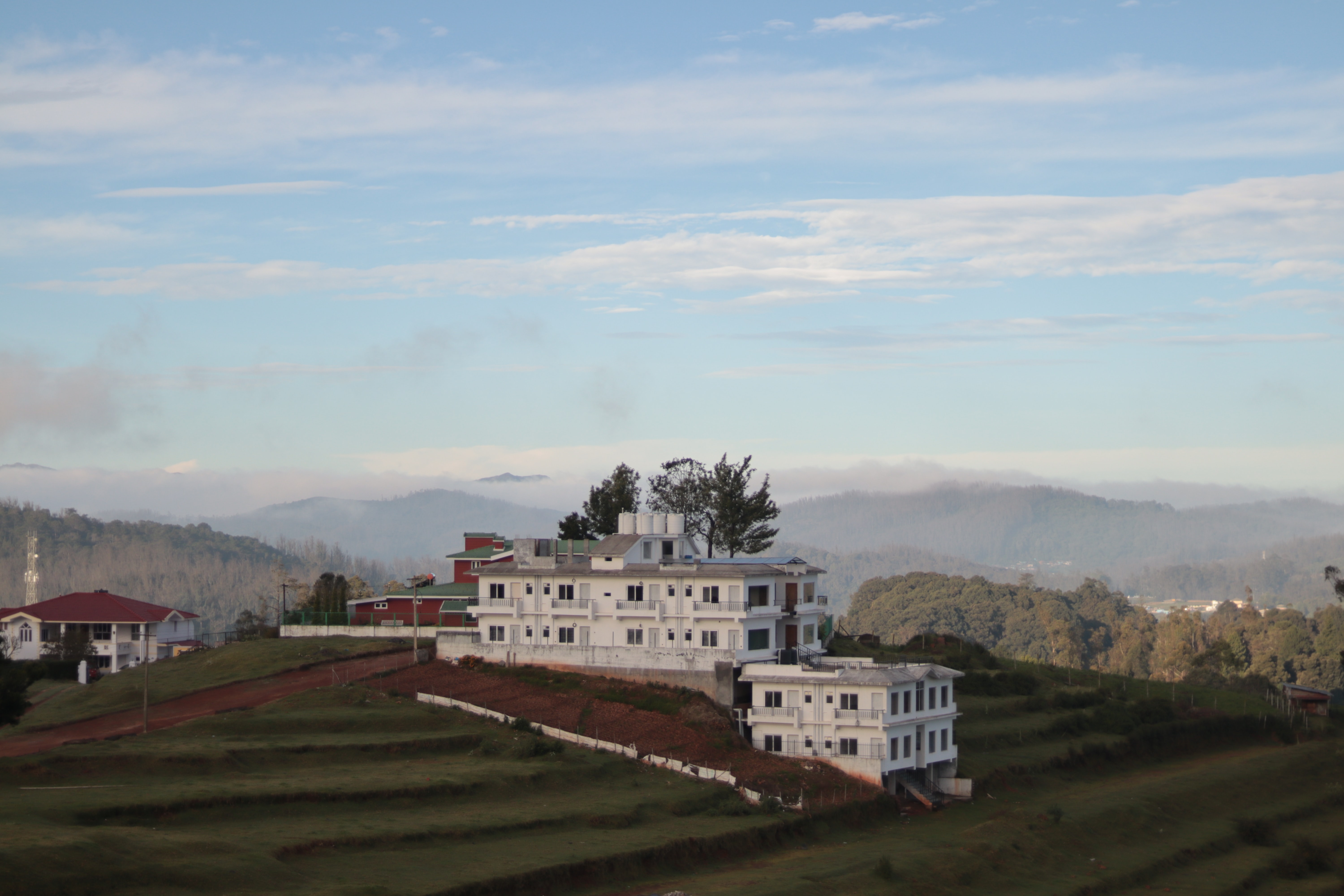 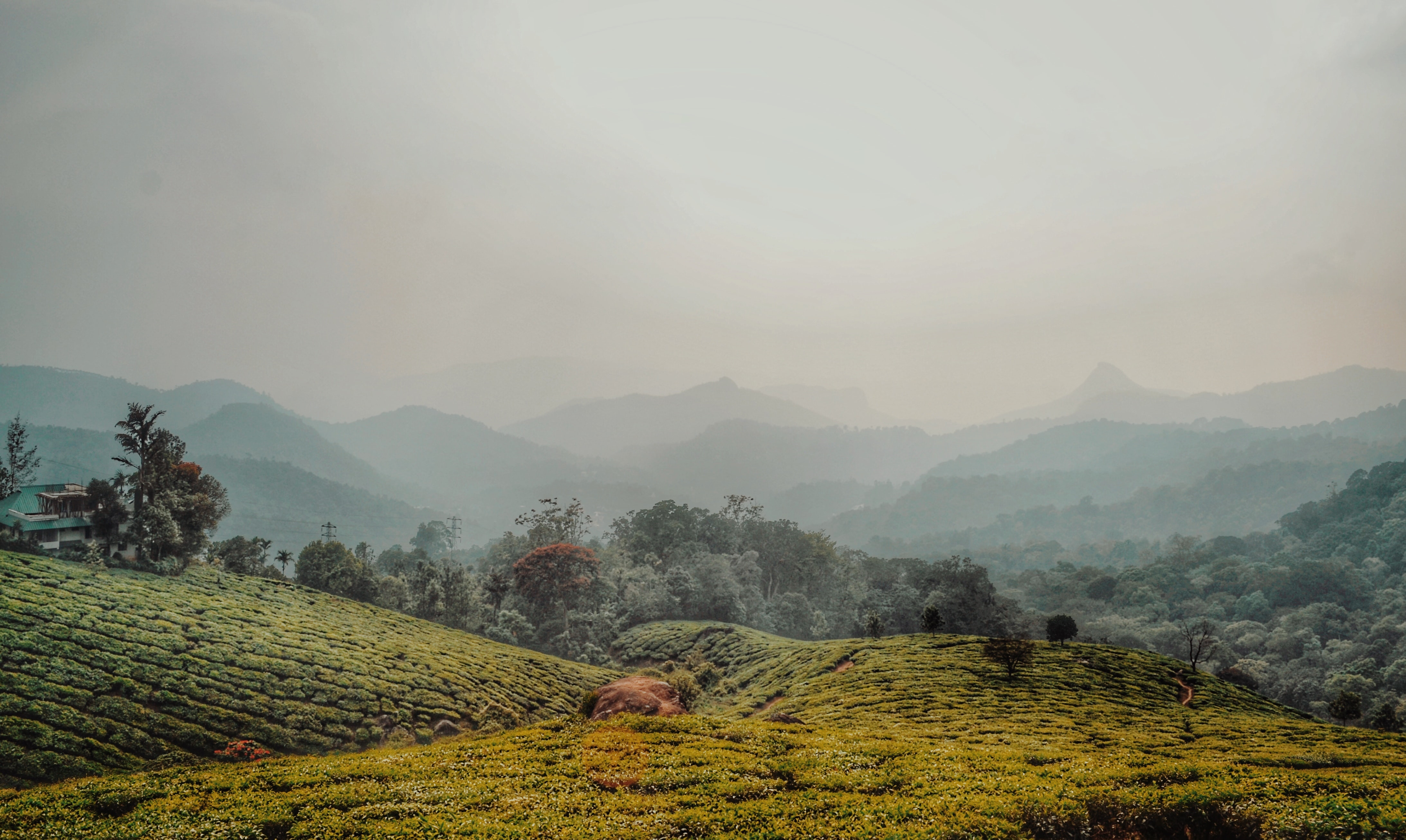 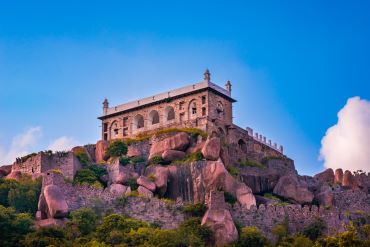 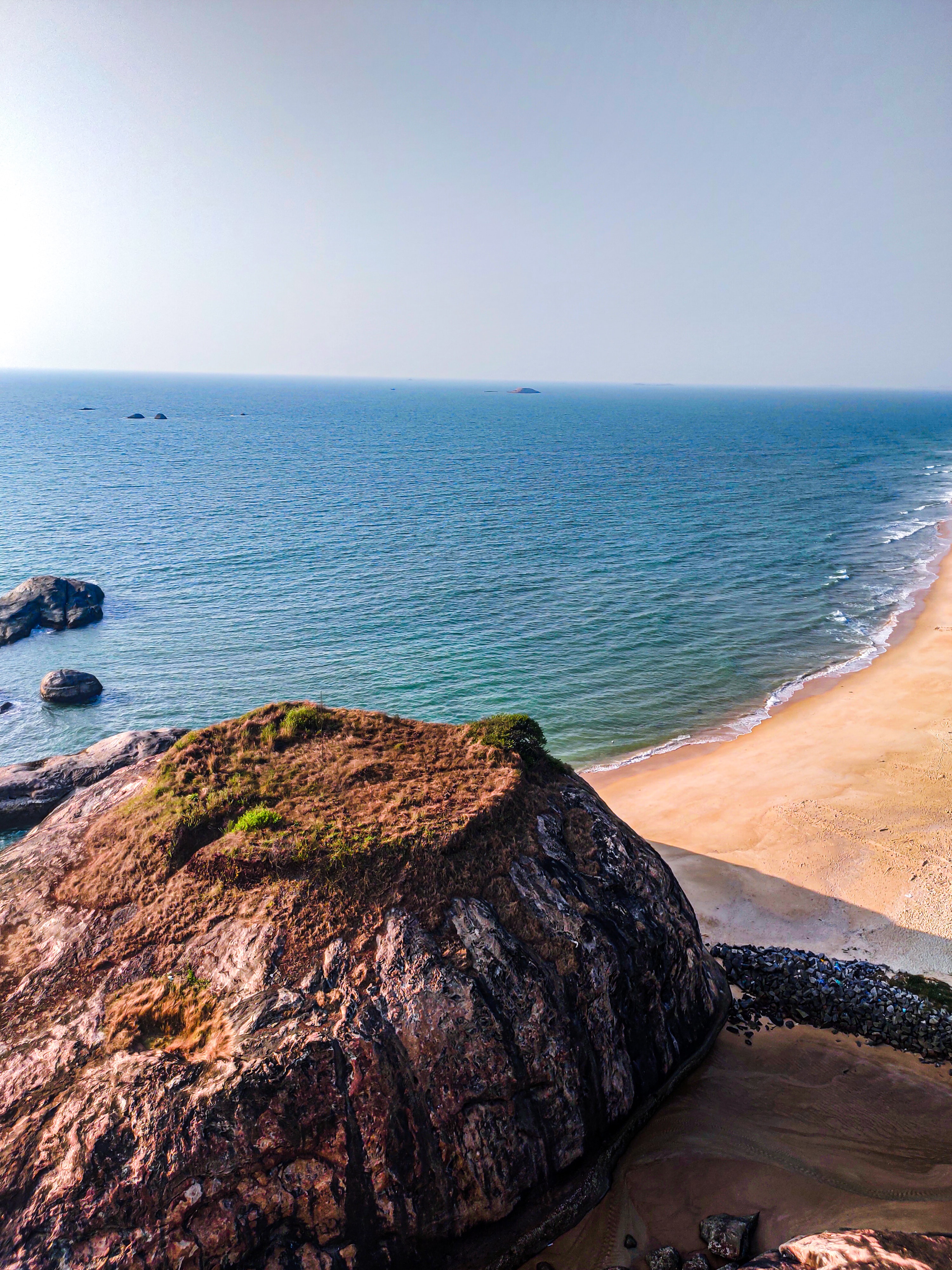