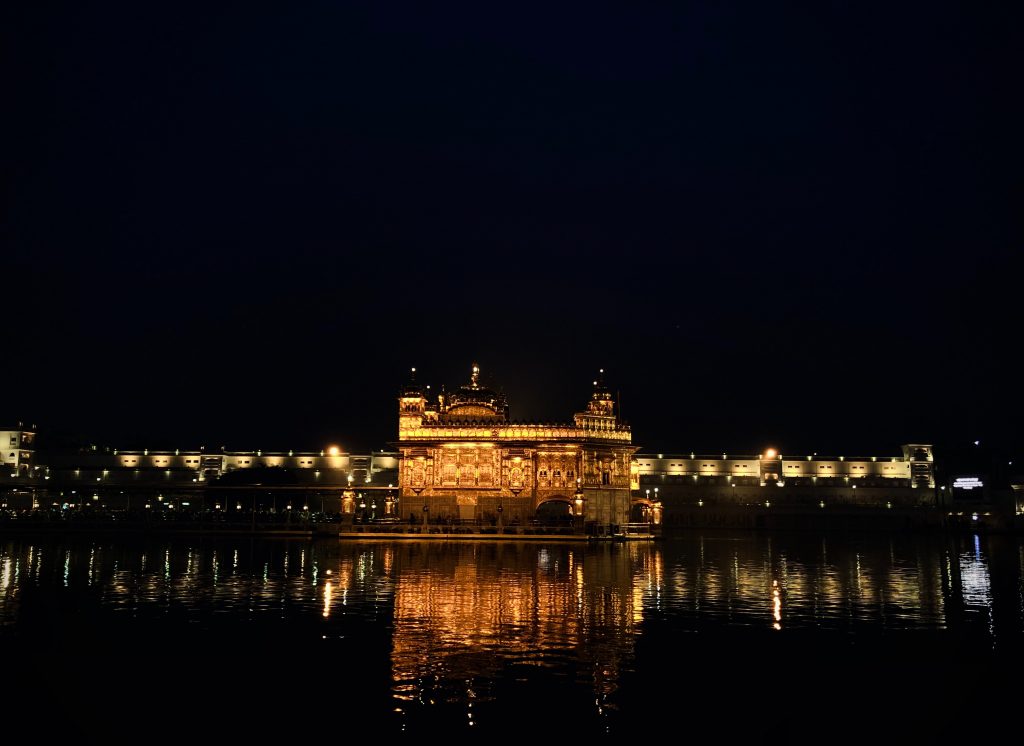 Visiting The Golden Temple In Amritsar

Spending A Day At The Golden Temple In Amritsar

You don’t have to be religious, spiritual, or even a history buff to visit the Golden Temple or Harmandir Sahib in Amritsar. This is a spiritual and soul-soothing experience we believe everyone must have at least once. Just like the Harmandir Sahib has multiple names, it also has multiple facets to it. Here are a few things you must know about the place.

History Of The Golden Temple

The Harmandir Sahib or Darbar Sahib was built by Guru Arjan, the fifth Guru, in 1604 CE. He wanted a central place of worship for the Sikhs and open to everyone irrespective of caste, creed, or religion. To symbolize that, he had the temple built on a lower level and with entrances on all four sides. 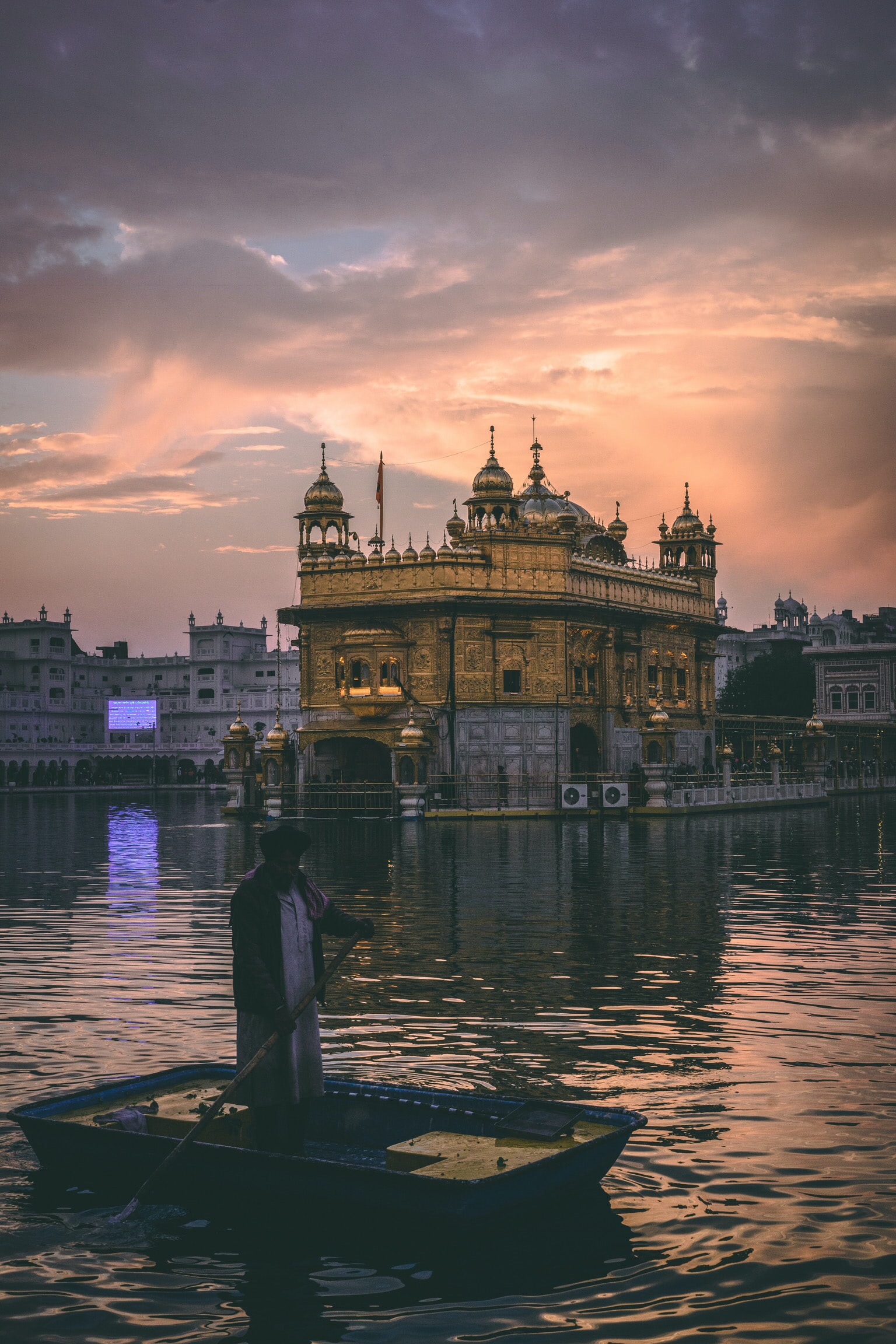 The Harmandir Sahib was destroyed multiple times by Afghan invaders but was always rebuilt. It was Maharaja Ranjit Singh who had the temple rebuilt with marble and covered in gold foil, which is why the Harmandir Sahib is also known as the Golden Temple.

When Should You Visit The Golden Temple?

You can visit the Golden Temple throughout the year. Generally, the winter months from November to February are considered a good time to visit because it’s cool here. But if you ask us, you can visit anytime depending on which weather suits you best. Visiting around the time of Guru Nanak Jayanti (in November) and Baisakhi (mid-April) can give you the best experience. They’re two significant Sikh events, so the Golden Temple is an even more enticing spectacle at this point.

The Golden Temple is also open on all days of the week so you can visit anytime. Timings are 4 am to 11 pm. But don’t plan your visit in such a way that you only stay for a couple of hours and leave. We understand that this might not appeal to everyone, but we genuinely would recommend spending a good few hours or half a day here. Plan things in such a way that you get to spend at least 4-5 hours here. Even more, if possible.

There’s obviously a stark difference in how the structure looks post sundown and early in the morning. But both are truly magnificent sights. So if you want to witness this magical structure glimmering against a dark backdrop, you should definitely visit around 4 pm. That way, you’ll get to experience the Golden Temple in 2 different lights.

What To Do In The Golden Temple?

One important thing you have to know is that there’s always a huge queue to enter the temple. You could be waiting for hours straight. But that’s a magical experience. The temple is decorated with numerous ornaments and the intricate artwork is really mesmeric. You’ll also witness a huge chandelier hanging on top which looks stunning. In the middle of it all will be a stage with Guru Granth Sahib, the holy book of the Sikhs, and many traditional musicians around.

There’s also the Central Sikh Museum inside the complex itself to learn a bit about their history. You could also take a dip in Amrit Sarovar, the sacred pond beside the Harmandir Sahib from which Amritsar gets its name from. Spend some time just soaking in the vibe of the place, with kirtans being played in the backdrop. Even amidst thousands of people, the place can seem peaceful. You could simply just walk around or even engage in people watching or just sit down and relax.

One thing you should definitely do is have a meal at the langar. You’ll get simple but delicious vegetarian food which includes chapati, rice, dal, and kheer. Everyone is seated on the floor, given the same thing to eat. It’s interesting how they don’t put the chapati on your plate. You are supposed to lift your hands. All of this to uphold the values of togetherness and not discriminate. But please do not waste any food. Just take as much as is needed.

Also Read: Things To Do In Amritsar

What Makes The Golden Temple Special?

More than anything, it’s the values and the vibes of the place that is so pure. It’s not just the main golden sanctum we’re talking about. The entire complex has a really soothing vibe to it. At the Harmandir Sahib, the idea is to leave everything behind and enter with a clean spirit. This is why you’re supposed to wash your hands and legs before entering the complex. Also, you have to cover your head. Either with a handkerchief or you can get a cap there.

Moreover, the langar here serves about 50,000 people in one day. And a lot of people also do volunteering for the kitchen. Yet, the organization and coordination levels are unbelievable. Add all of this to the fact that you could be of any religion or race yet you’ll be welcome here. Another interesting thing is that the temple is built below ground level to signify humility. In essence, it’s a combination of all these factors which make this place so special!

Volunteering At The Golden Temple In Amritsar

This is something you can be a part of. Every day, the Harmandir Sahib feeds thousands of people. So they obviously have to cook insane amounts of food, amongst other tasks.

Want to help? You could volunteer at their kitchen and help with different things. It could be cutting vegetables, washing dishes, applying ghee to chapatis, or anything else. Everything is divided into different segments because of the large quantities of food that is prepared. Just ask someone in the kitchen area and they’ll guide you.

Anyone who visits the temple can also stay there. There’s an office within the complex where you can ask regarding that and they will guide you. It’s just another factor about the Golden Temple which makes this place all the more amazing.

Also Read: Things To Do In Punjab

Yes, you can wear jeans in the Golden Temple. But make sure that you’re dressed modestly (no bare arms or legs), and most importantly, wear a headscarf.

Can Anyone Visit The Golden Temple?

Yes! The Golden Temple is open to everyone, irrespective of gender, religion, caste, creed, or nationality.

What Is The Best Time To Visit Golden Temple Amritsar?

If you’d like to avoid the crowds altogether, consider visiting around 4:30 am or around 9:30 pm. Visiting around 6:30 pm means you’ll have to deal with crowds, but that’s the time of the evening aarti which is also worth witnessing.

How Far Is Golden Temple From Wagah Border?

The Golden Temple is about 35 km away from the Wagah-Attari Border. There are regular cab services that ply between the two places.

Who Made Swarn Mandir In Amritsar?

The Swarn Mandir, literally translating to the Golden Temple, was built by Guru Arjan Dev in 1604 CE.

What Is Good To Buy In Amritsar?

Phulkari Apparel - Phulkari is the traditional embroidery style of Punjab, so it’s only obvious that you should get your hands on some flower-patterned Phulkari dupattas and shawls.

Punjabi Jutti - These brightly colored and intricately designed shoes would make for pretty keepsakes from your trip to Amritsar. Also, pairing them with ethnic wear would be just fabulous!

Religious Accessories - A kada (bracelet) or kirpan (ceremonial knife) are also something you could buy too!

You can carry your mobile phones in the Golden Temple, but you’re expected to keep them switched off when entering the sanctum sanctorum. Videography is not allowed here.

Are Bags Allowed In Golden Temple?

No, but there’s a provision for depositing your bags and shoes at every entrance of the Golden Temple.

How Many Days Are Enough For Amritsar?

2 days would be sufficient for you to explore Amritsar and visit all the major attractions.

Day 1 - Visit the major attractions of the city, including the Golden Temple, Jallianwala Bagh, Hall Bazaar, and Guru Ke Mahal

Day 2 - You can explore the city and the streets, and in the evening, visit the Wagah Border to witness the Wagah-Attari Border Retreat Ceremony.

If you’re looking for places to stay, check out Unstumbled’s curated list of hotels in Amritsar!

Is Amritsar Safe At Night?

Amritsar is in general a safe city even after dark, especially the area around the Golden Temple. But all the same, we’d advise you against exploring isolated streets. 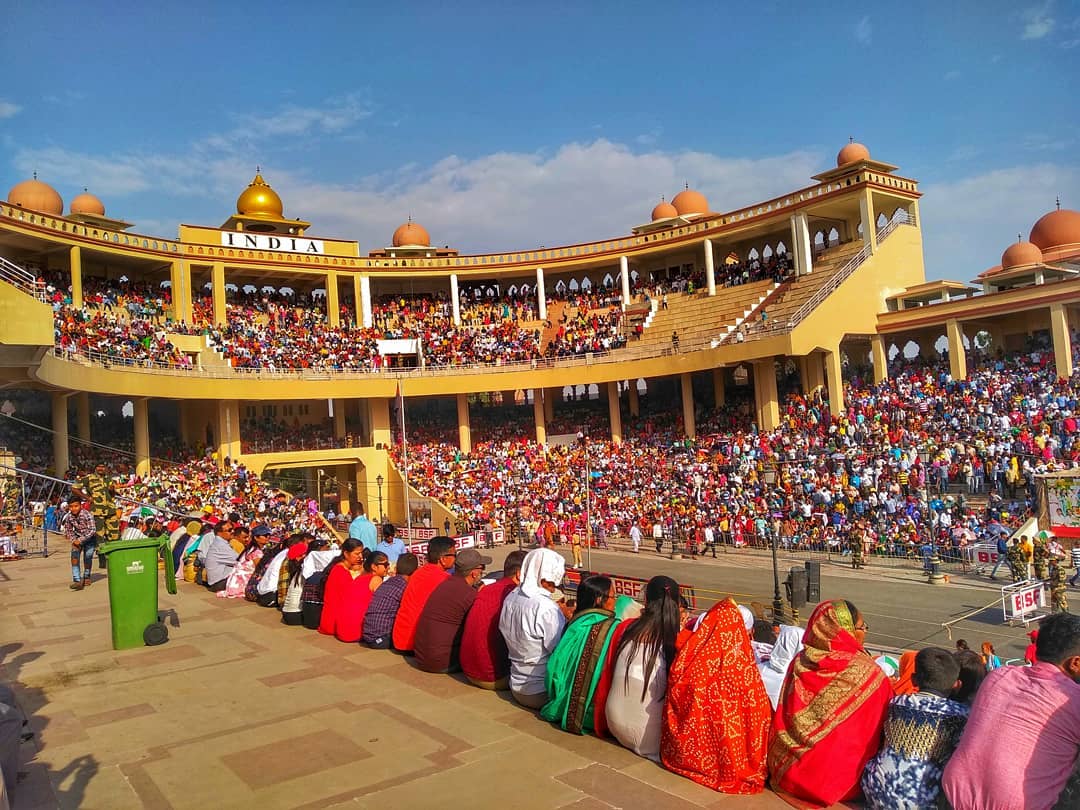 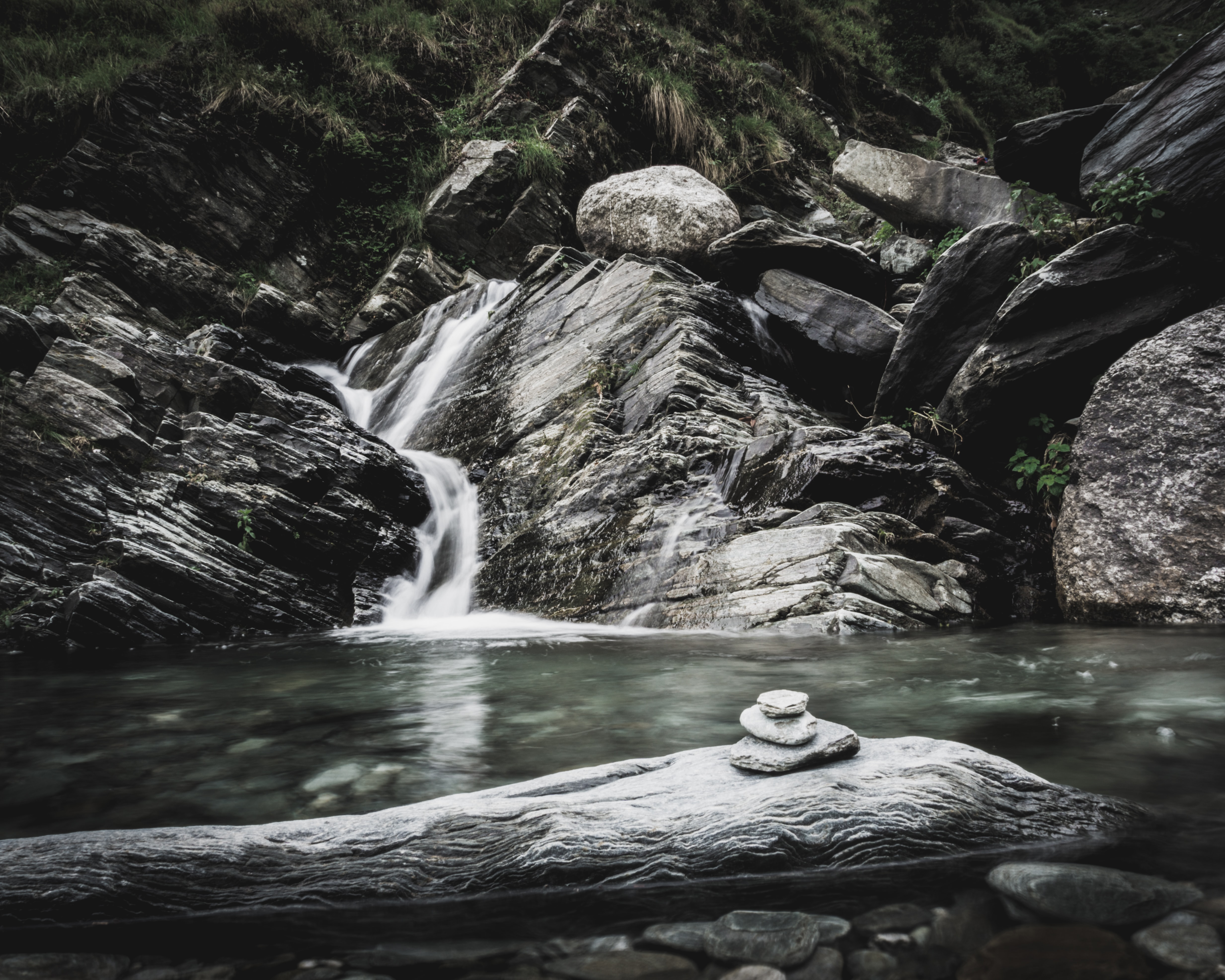 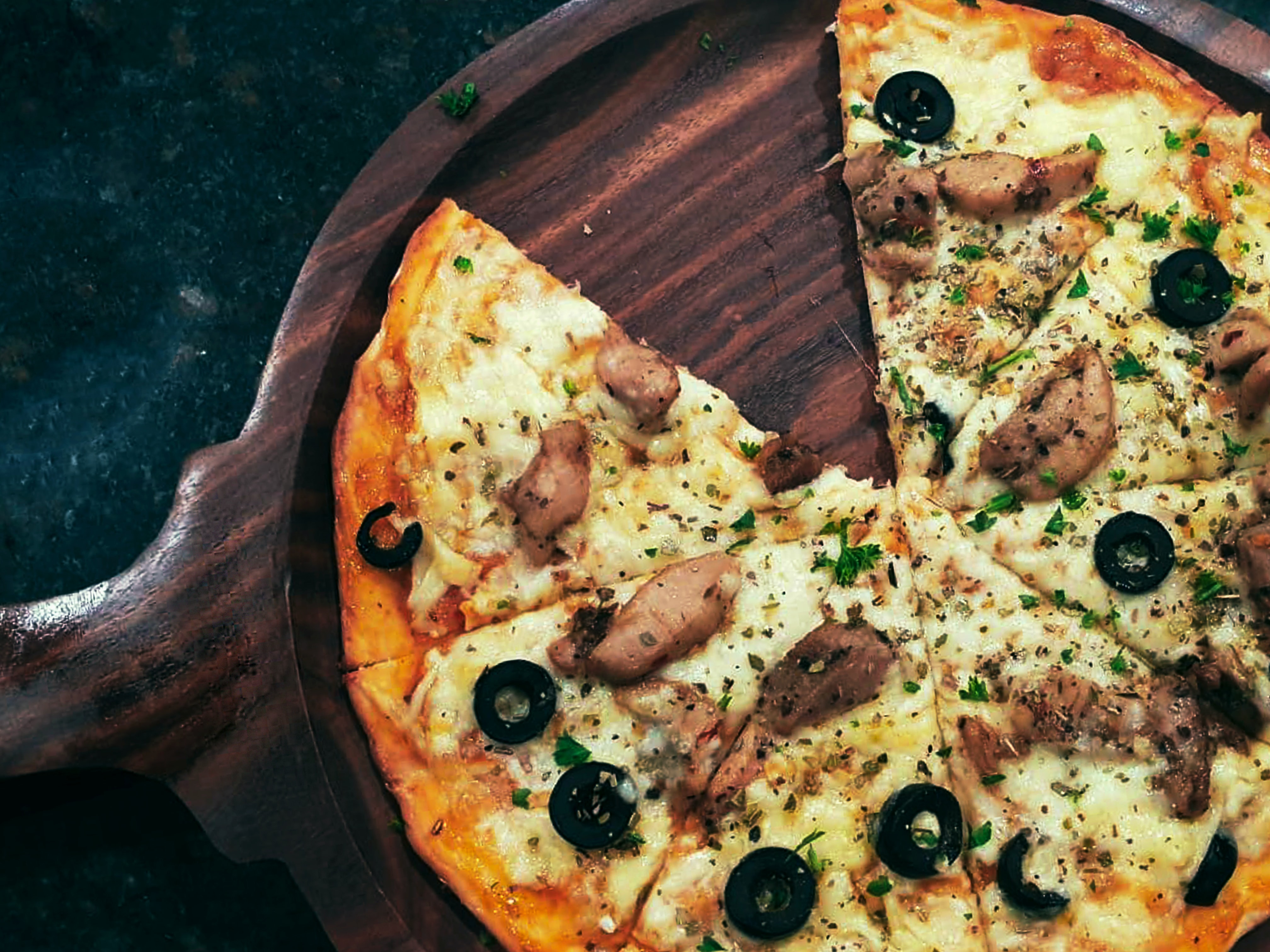 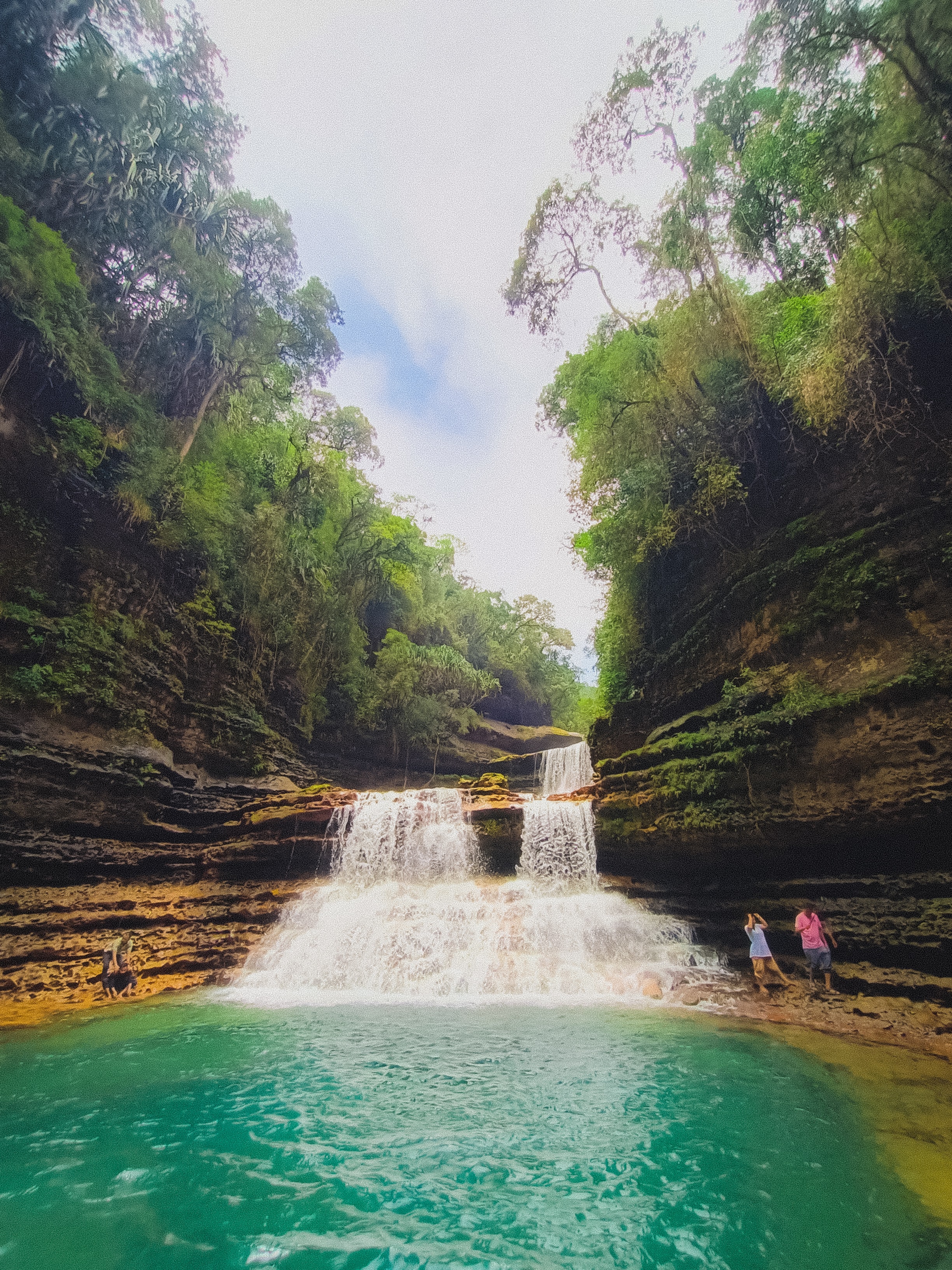 Things To Do In Cherrapunji 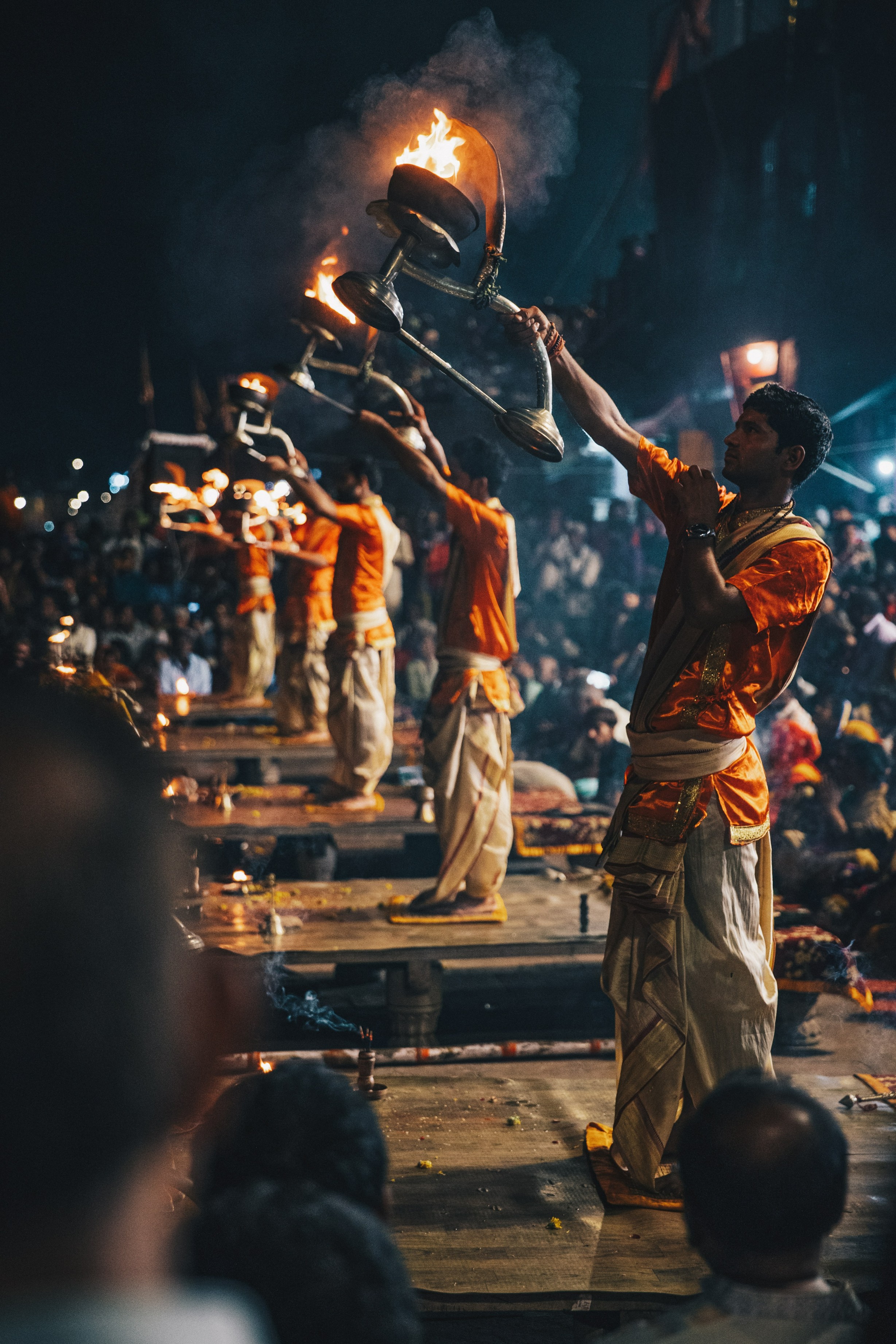