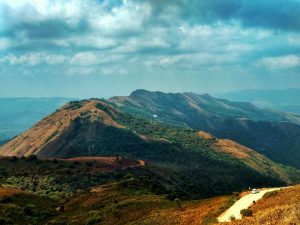 If you’ve been planning to vacay in a place away from the hustle and bustle, then book your tickets to one of Karnataka’s treasures, Chikmagalur. Situated in the Chikmagalur district and located at the base of the Mullayanagiri peak, this place has an irresistible charm that draws tourists from far and near.

Home to many coffee estates that flourish on mountain ranges, this city will make you intoxicated, in a good way of course. And if you want to know more about this vivid gem, keep reading our Chikmagalur travel guide, in which we will break down all the offerings of this place.

History And Culture Of Chikmagalur

History revolves around the genesis of every Indian city and state. Chikmagalur has a pretty interesting one as well. It’s said that the Hoysala rulers were the primary inhibitors of this region where Sala, the founder of the Hoysala dynasty, did something supernatural. He killed a tiger at a place now identified as Angadi and immortalized this feat by inscribing it in their emblem. Next time you scan through your history textbooks and read anything about the Hoysala dynasty, you now know the story behind its emblem.

Coffee is an important part of the culture at Chikmagalur. Authentic, sweet-smelling coffee coming fresh from the scenic hills of Baba Budan Giri is what locals get to wake up to every day. And when you stroll along its kaccha streets, you'll find little coffee shops situated in every nook and corner of the town. Again, a pretty interesting story revolves around its introduction.

In 1970, a saint named Baba Budan planted the first coffee seeds in the fertile soil of the Baba Budan Giri hills. That’s why in honor, that mountain range is named after him. While he was on his way to Mecca, Baba Budan happened to get a whiff of coffee in Yemen. He immediately fell in love with the aroma and unique flavor to such an extent, that he managed to sneak in 7 coffee beans around his waist. Talk about a Mission Impossible movie and maybe many will agree that this story requires a movie of its own too.

To sum up Chikmagalar’s unique culture, we have fairs, festivals, and dances as the final ingredients. Special dances such as Dollu Kunitha and Veeragase Kunitha are performed during the Dussehra Mahotsav. They are performed with such precision, skill and grace, that it’s evident that it takes one's lifetime to be a master of the arts. The Kailash Fair is the most prominent of fairs celebrated in Chikmagalur. Here, devotees celebrate the arrival of Lord Shiva who is believed to have graced Chikmangalur via a stone lingam.

Also read: Top 9 Things To Do In Karnataka

How To Get To Chikmagalur

Getting To Chikmagalur By Air

Chikmagalur doesn't have an airport. The nearest one is the Mangalore International Airport which is approximately 150 km from the city. Catching a flight to this airport is of no problem as many flights fly to and fro. Once you reach the airport, you can then book a cab to Chikmagalur, which will take you approximately 3 hours to reach.

Getting To Chikmagalur By Train

Chikmagalur didn't have a railway station before. Back then the nearest one was at Kadur, which was 40 km away from the city. Fortunately, the city now has a Chikmagalur Railway Station that sees trains coming from nearly all major cities in India.

Getting To Chikmagalur By Road

Chikmagalur is well connected with major cities such as Bangalore, Mangalore, Hubli, and Tirupati, these are just some of the few. You can use the KSRTC (Karnataka State Road Transport Corporation) bus transit system to reach this haven.

If you’re traveling by car from neighboring cities like Mumbai or Delhi, you’ll take an average of 18 hours without stops. So, it’s better to travel by train or by air if you’re coming from cities other than the ones in Karnataka to avoid strain.

Best Time To Travel To Chikmagalur

Winter (September - February) is the peak season in this city since the climate is cozy and favorable enough to sightsee and have a piping cup of coffee. Average temperatures during the winter months range from 15°C to 34°C, so you will have to carry some warm clothing along while you’re packing.

Monsoons also bring out the best of this quaint city, but it’s best avoided since getting to it requires driving on a ghat. And ghats are notorious for being affected by landslides and slippery roads. You don’t want to take that risk.

Plenty of auto-rickshaws are available within city limits. The fares are affordable and efficient as well. Only ensure that they run by the meter, or else there might be chances of getting ripped off.

Tourist cabs are available throughout the city and they’re the best way to go sightseeing. Also, they’re more comfortable as cabs have AC, which will help in combating the summer heat.

“Chikmagalur is only known for its coffee”

Chikmagalur indeed produces some of the country’s finest coffee, but the place goes beyond that notion. You have rich cultures, scenic landscapes, temples on hillocks, beautiful waterfalls, etc adorning the city’s surroundings. The city is also known for its authentic homegrown spices that you should definitely check out when shopping your way around.

Go Check Out Places In Chikmagalur

You might’ve had dreams of scaling Mt. Everest. But, those dreams never came to fulfillment due to various reasons. There’s no reason to be discouraged because we bring good news! You can try trekking Karnataka’s highest peak, Mullayanagiri, instead. Of course, you won’t get the snow and everything, but it’s at least a climb worth trying.

The peak is a part of the much-celebrated Baba Budan Giri range in Chikmagalur. Once you reach the summit, you’ll get a bird's eye view of the city with the lush mountain range surrounding you. Feelings of oneness with nature will be felt, and that’s why this peak can be regarded as one of the best, not only in Karnataka but the whole of Southern India. Yes, we’re not fluffing!

Halfway through the trek, you’ll come across Mullapaswamy Temple, where you can receive divine inspiration while you're surrounded by green vegetation and a thicket of clouds. You can even camp over here, and enjoy some scrumptious delicacies prepared by the temple priests.

The Western Ghats is home to many gems, and Baba Budan Giri happens to be one of them. Situated around 25 km from the city, the hills are home to numerous coffee plantations and wildlife. Not to miss the Manikyadhara Falls that many come to feel a gentle spray of freshwater from the cascade. If you want to see what a gushing waterfall looks like, try visiting the place in the monsoons. Just a heads up: the trail is extremely slippery during peak monsoon season, so that’s a risk you’re going to have to take if you choose to go.

Just 2 km away from ManikyaDhara Falls, you’ll come across Chikmagular’s most renowned place of worship, a cave shrine set in honor of Hazrat Dada Hayath Mir Qalander. He was one of the prophets Muhammed’s ardent devotees, and people from far and wide come to view the immensity of the place set for him.

You can see Baba Budan Giri in its truest natural beauty when countless wild kurinji flowers decorate the hills with a royal purple. However, this natural wonder takes place only after 12 years, so if you happen to be there during that period, you’re in luck!

For all you caffeine addicts out there, this is the place that you’ll call home. Also, visiting this place will be educational since it provides a deeper insight into how the coffee industry functions. Chronologically, the museum explains how coffee was introduced to India, how coffee is planted, and in the end, how it's brewed. Each hall has photographs, video presentations, and documentaries exemplifying the complex process each coffee bean goes through. Who would've imagined that something as tiny as a coffee bean goes through so much?

Also read: 9 Things You Must Do During A Vacation To Udupi 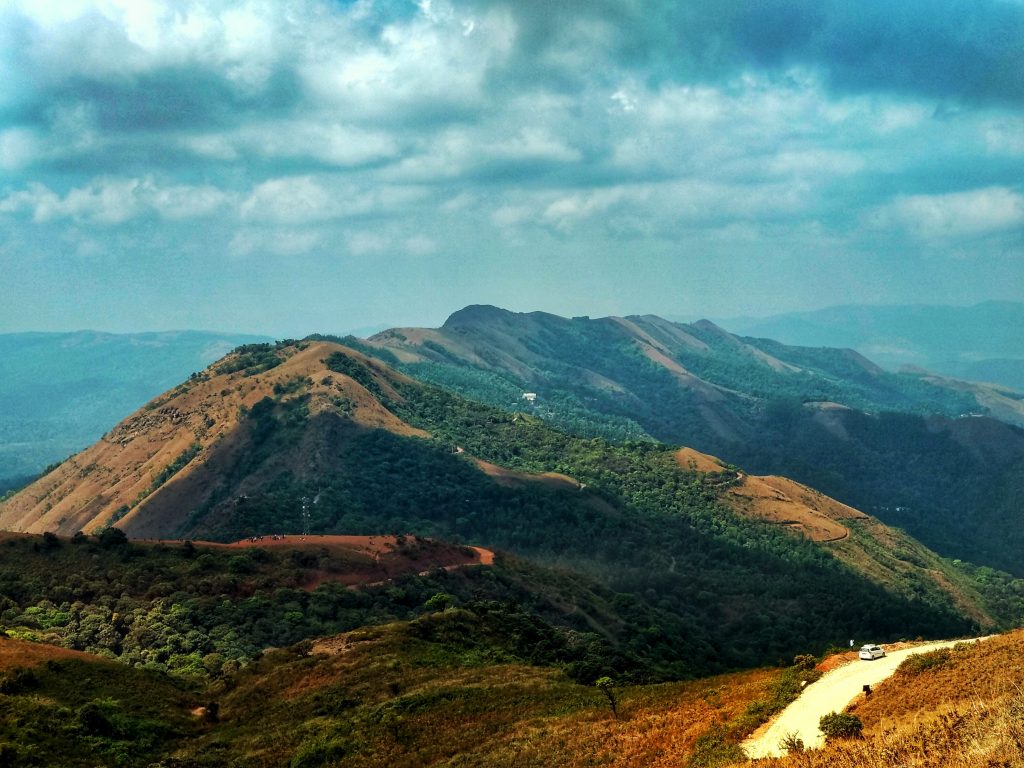 What Is Chikmagalur Famous For?

Chikmagalur is one of Karnataka’s hidden treasures that many people find hard to resist. Its serene environment, coffee plantations, and picturesque mountains draw many from far and near. This little city has a cool hill station-like climate, which makes people want to visit this destination time and again. If you’re planning to go on vacation somewhere around Karnataka, then you should put Chikmagalur on your checklist.

Which Month Is Best To Visit Chikmagalur?

What Language Is Spoken In Chikmagalur?

Kannada is the preferred choice of language among the locals although some of them do understand English and Hindi to a lesser extent. It’ll be a bonus if you could speak the mother tongue, or at least have someone beside you who does so that communicating with locals does not become a task. This comes in real handy especially when you’re in a remote area.

What Are Baba Budan Hills Famous For?

Which Is The Best Time To Visit Manikyadhara Falls?

Many sources have suggested that it’s best to visit this place after the monsoon season. You’ll escape the excessive rains and also the other annoying bits such as leeches and slippery rocks.

Is 2 Days Enough For Chikmagalur?

For sightseeing, two days are enough in Chikmagalur. However, if you want to trek, then you'll need to stay for more than two days.

How Do You Travel Around Chikmagalur?

Buses are the preferred mode of transport to get around Chikmagalur.

Is There A Beach In Chikmagalur?

There are beaches surrounding Chikmagalur, but no beaches in this hill station. 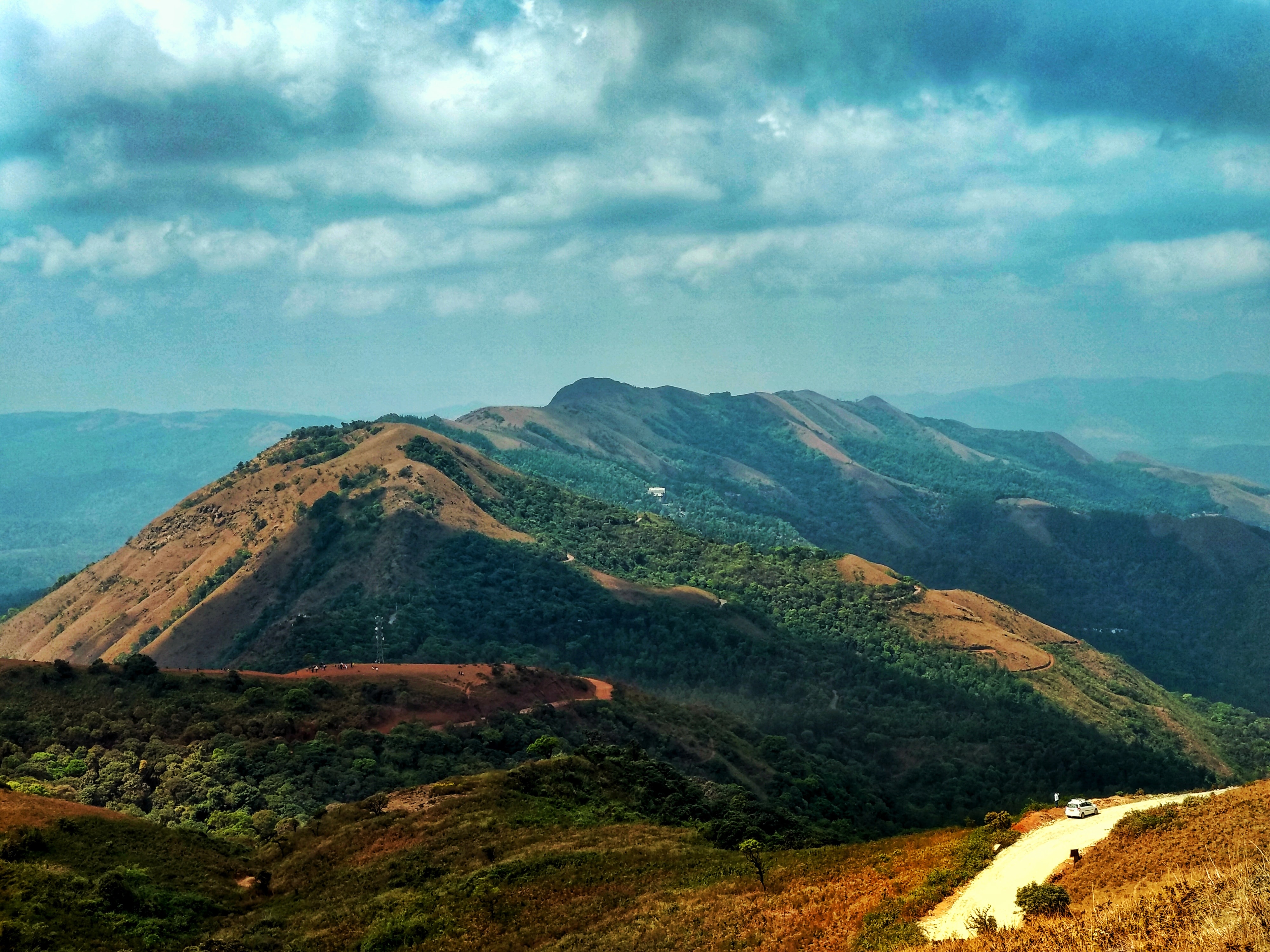 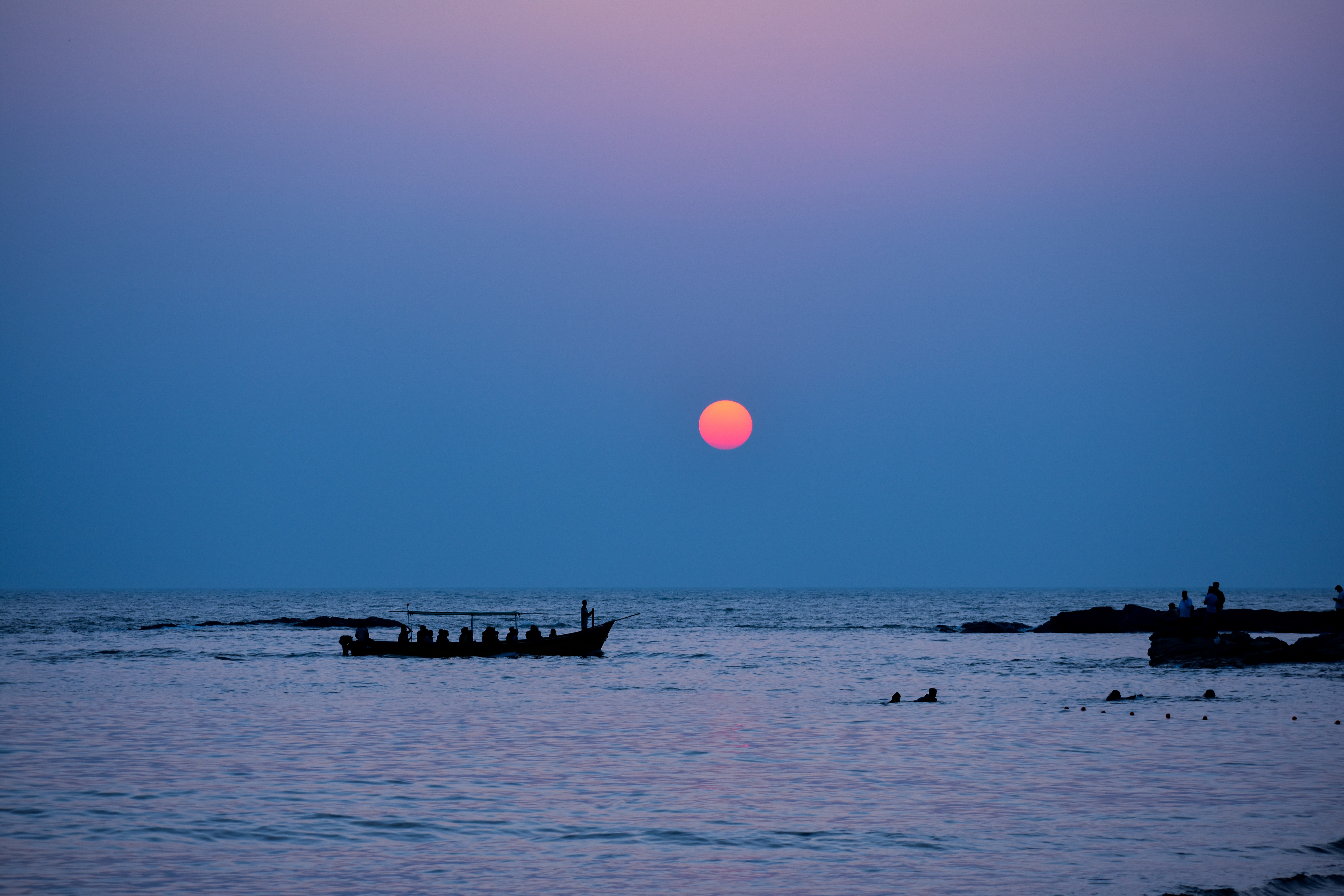 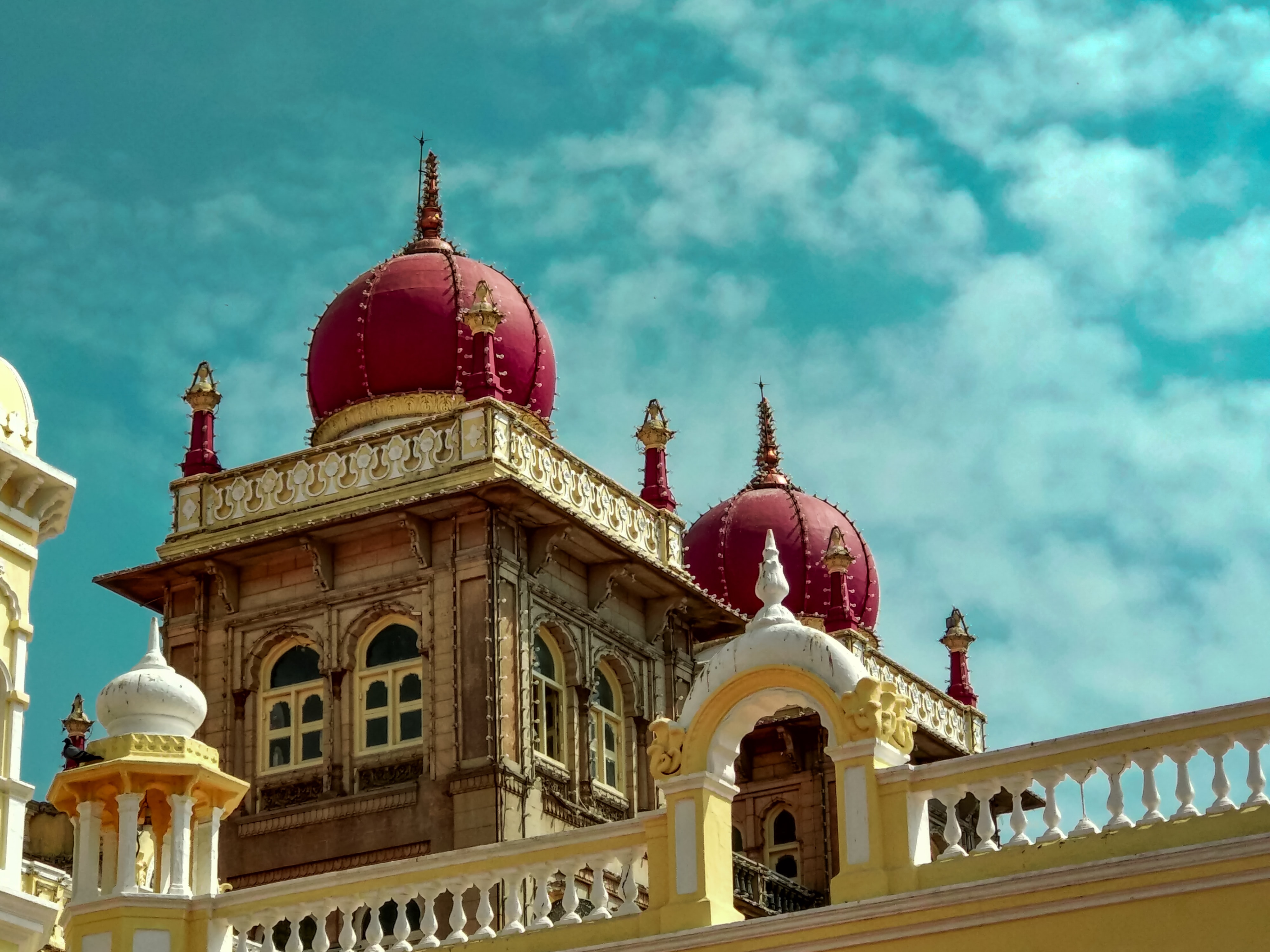 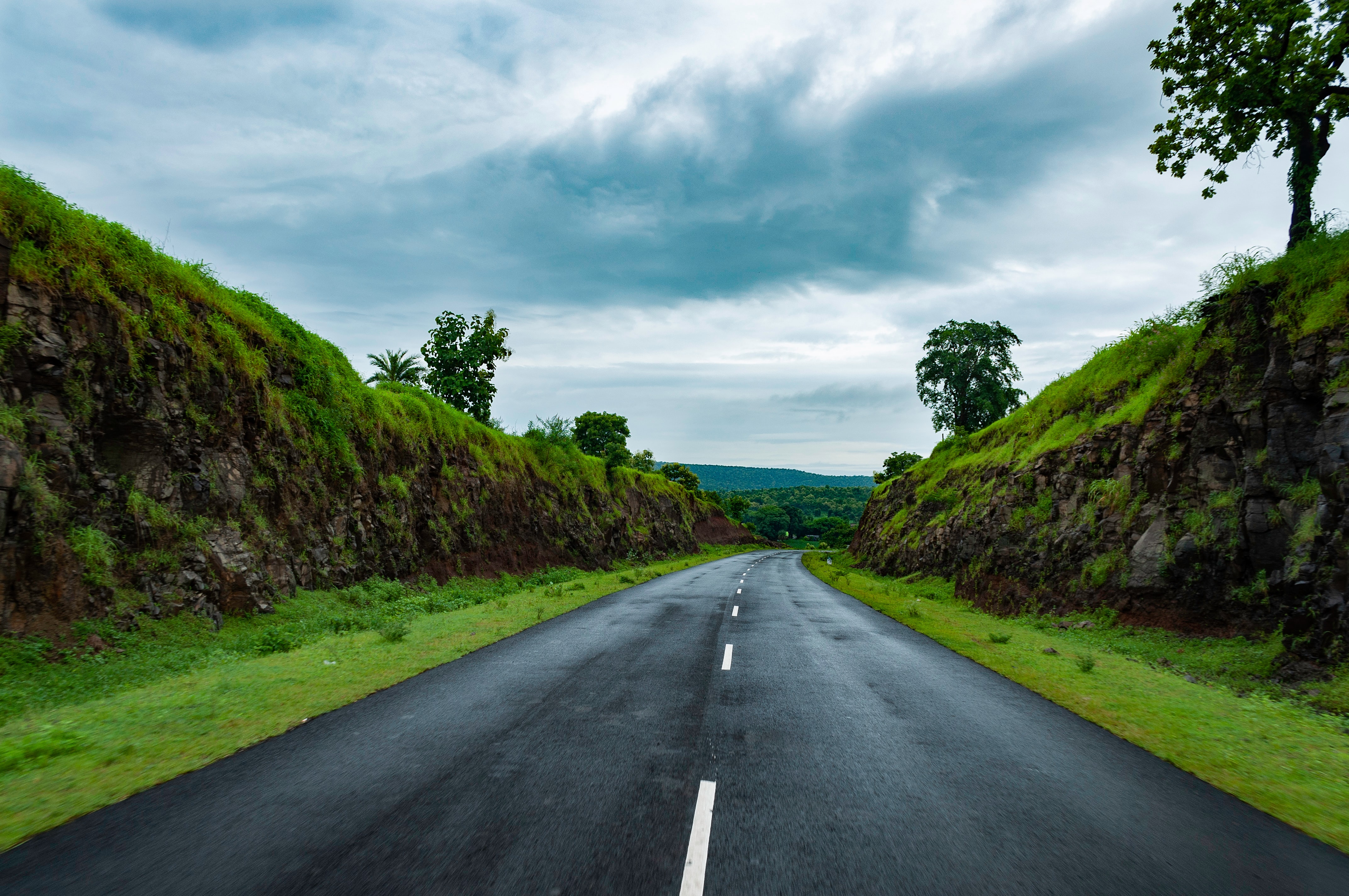 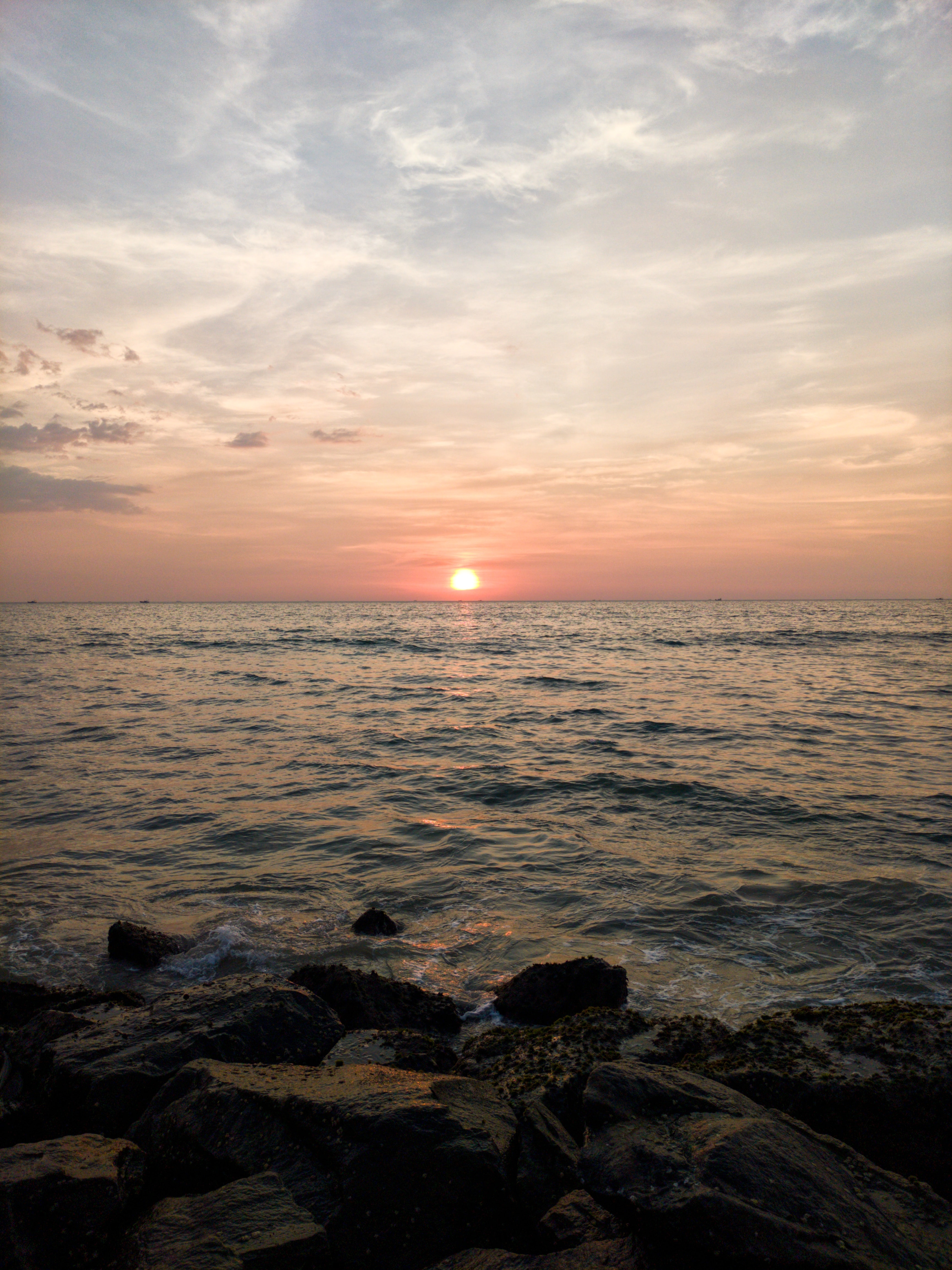