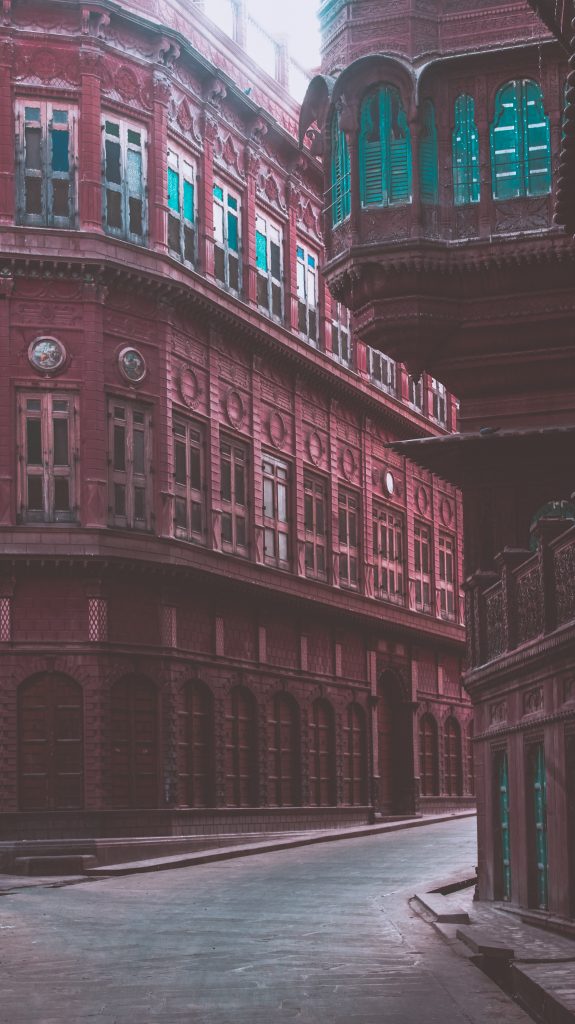 We’ve all heard of Bikanerwala, but have we heard of Bikaner? Located in the northwest of Rajasthan, Bikaner is a picturesque city with a lengthy regal history and a reputation that precedes itself - in the best possible way! Known for a wide range of forts, mesmerizing marketplaces, rare wildlife and flora, Bikaner is a cultural gemstone tucked deep within the state of Rajasthan.

The world-famous Camel Festival and its hot desert climate make Bikaner a perfect winter destination. It’s just the place to be if you want a taste of India’s rich culture packaged in its mysterious temples, royal palaces, and the magnetic pull of Rajasthani deserts (and desserts!). Not to mention the Bikaner bhujia and its wide variety of sweetmeats that the region is famed for, we guarantee you that Bikaner is an underrated glory that you’re yet to discover!

Also read: Top 9 Things To Do In Rajasthan

History And Culture Of Bikaner

Bikaner gets its name from its founder, Rao Bika, the first son of Maharaja Rao Jodha of the Rathore clan. What was once dry wilderness called Jangaldesh then flourished into the cultural and aesthetic hotspot that it is today under the magical hands of Rao Bika. It was under his able leadership that the city transformed into a trade and commercial hub between the regions of Central Asia and Gujarat, becoming an integral passageway for traders as it had water springs that helped them quench their thirst in the unforgiving Thar summers.

During the Mughal reign, multiple forts were built and the architecture of the region was given a thorough shake! Bikaner came under the suzerainty of the British under the Treaty of Paramountcy signed in 1818. It was only in 1949 that the state acceded to the Union of India, but decades later, the city has not lost any of its regal charm and aura of mystique. 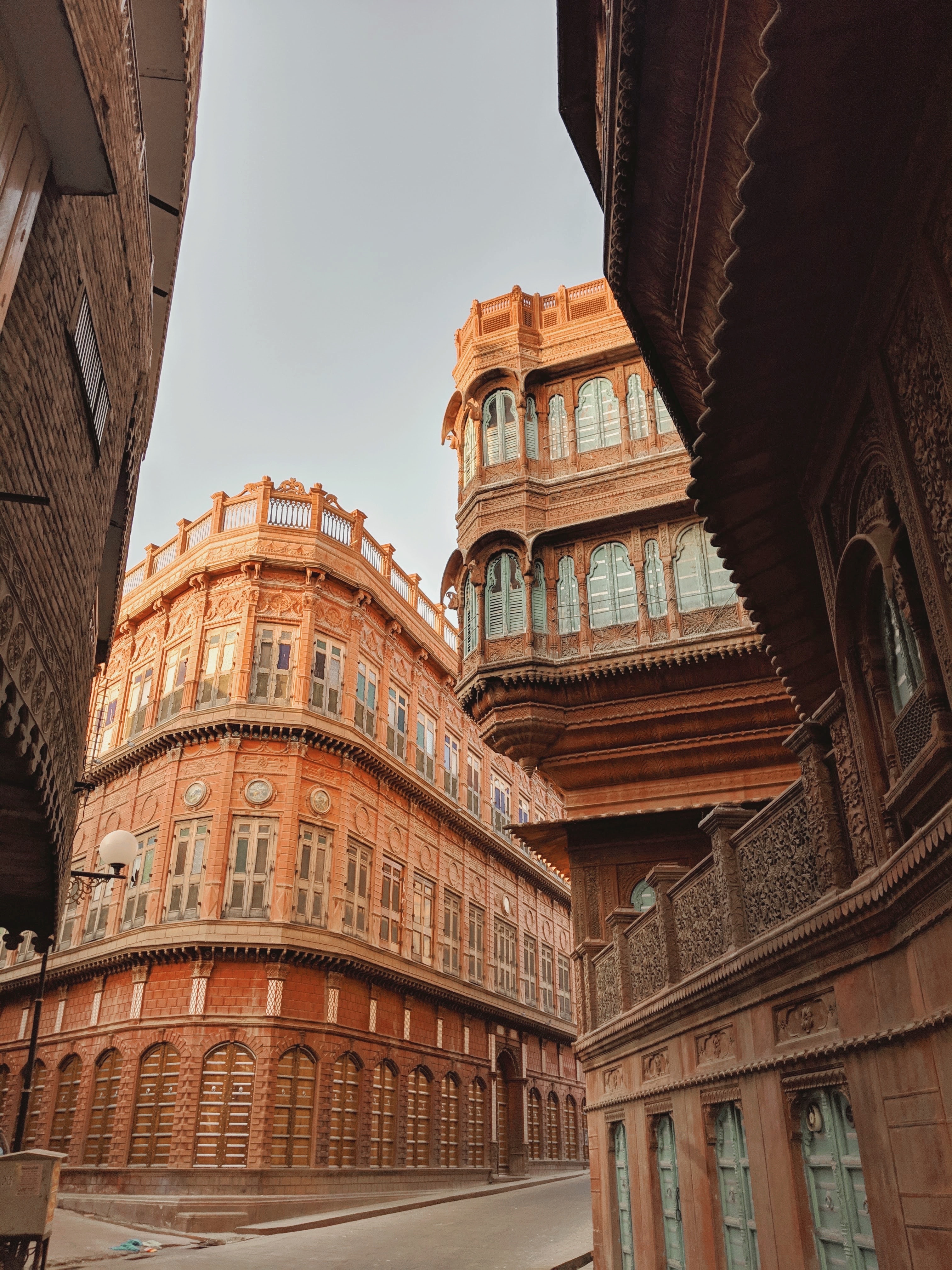 Bikaner has a population of 802,188. The district of Bikaner has a Hindu majority of 87.71%, followed by a small percentage of Muslims, and even lesser percentages of Christians and Sikh populations. The traditional clothing of the region is quite intricate and elegant, with women wearing the vibrant ghagra-choli, which is essentially a long, ankle-length skirt in printed cotton paired with a printed top that is typically sleeveless. This attire is often accompanied by the odhni, which is a long printed veil that they wrap around themselves and use to cover their heads to protect themselves from the heat. Rajasthani clothing is also said to have heavy gold and silver embroidery and brocading, especially the Gota work which weaves colorful ribbons along with the silver or golden threads they typically use for embroidery.

If you’re a foodie, look no further than Bikaneri cuisine for an eclectic mix of sweet and savory options. A few flavorful varieties that the region is famous for include raj-kachori (hollow dough balls stuffed with fried potatoes, sweet and sour chutneys, coriander, and sprouts), khasta (a deep-fried snack often paired with dry fruits), Kesar fini (a dessert made of semolina, flour, and Kesar dipped in ghee), laal maas (meat marinated in yogurt and red hot Mathania chilies), and ghevar (a disk-shaped cake that is topped with sugar syrup). And of course, don’t forget to buy your friends and family back home some legendary Bikaneri bhujia before you head back!

How To Get To Bikaner

Getting To Bikaner By Air

Getting to Bikaner by air can be a little tricky. The closest international airport to Bikaner is the Jodhpur Airport in the capital city of Jodhpur, which is around 251 kilometers away from the city. This is not a negligible distance and it can be inconvenient to traverse through. However, the airport is well-connected and has prepaid taxicab services that you can hire to reach your destination. Even though there are smaller and civil airports located in and around the city, the Jodhpur Airport is the one through which tourists can travel.

Getting To Bikaner By Train

The city is fairly accessible via rail as it has two railway stations centrally located that have a distance of 6 kilometers between them; Bikaner Junction and the Lalgarh Railway Station. These stations are well-connected to other Indian cities like Surat, Ahmedabad, Ajmer, Jodhpur, Delhi, Jaipur, Delhi, Agra, Bhatinda, Ambala, Haridwar, Jaisalmer, etc. making train travel simpler.

Getting To Bikaner By Road

Perhaps, traveling by road is the most hassle-free mode of exploring the city, as Bikaner is known for its road connectivity both within and across the state and country. You can book private buses, get a car of your own, or even get a public bus to travel across the city. NH 89 is the most important national highway in the city that links Bikaner to the city of Ajmer. 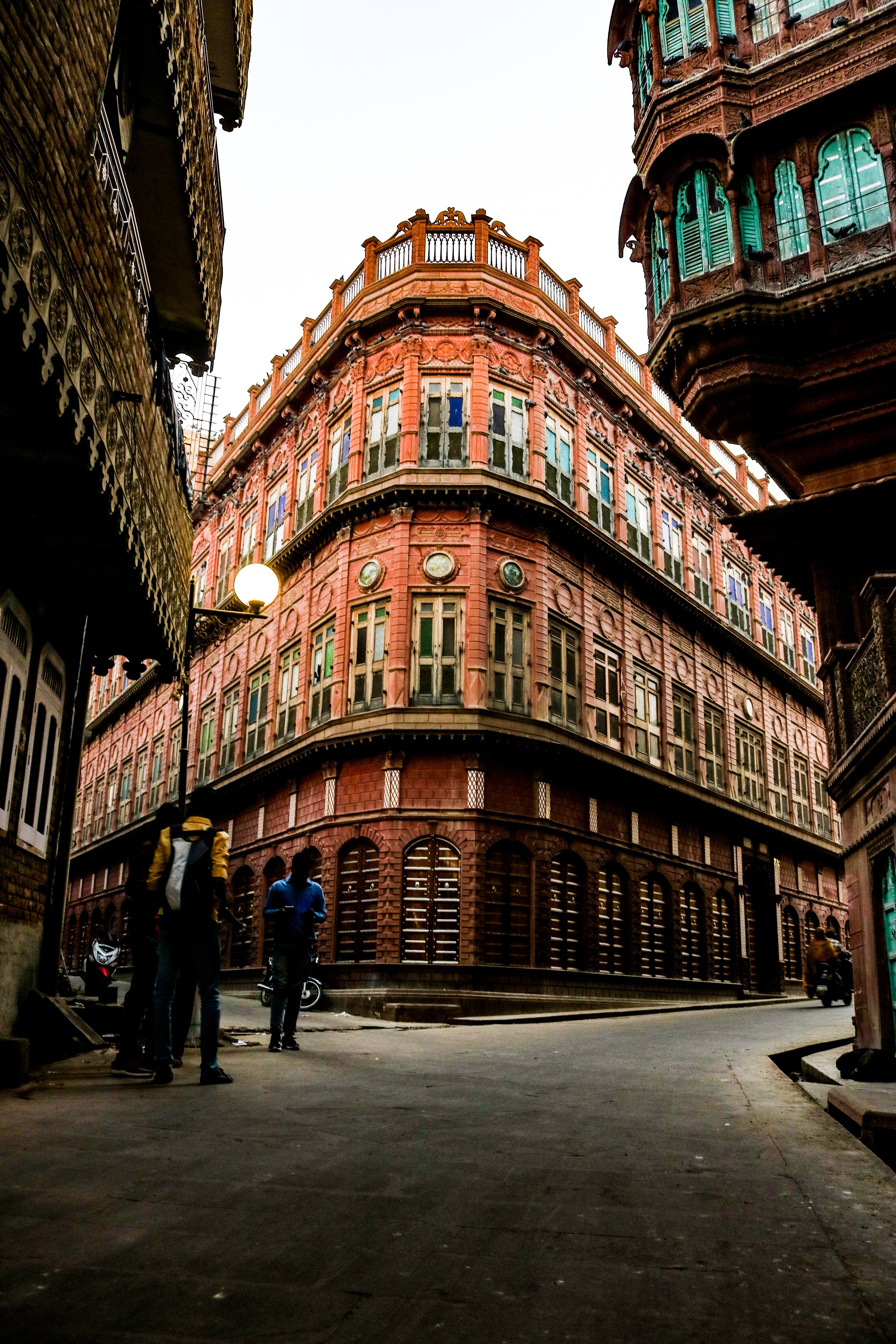 Best Time To Travel To Bikaner

Bikaner is essentially a desert city. The summers can get excruciatingly hot with temperatures soaring up to 46°C. This climate is often paired with unbearable hot winds. The best time to visit Bikaner is, therefore, the winter months of November to February, when the weather becomes increasingly pleasant and cool, sometimes dipping as low as 4°C.

It’s also in January that the unforgettable Bikaner Camel Festival takes place. This festival features camels decked up in brilliant colors and finery and has competitions like camel dances, camel rides, camel races, etc. It’s a once-in-a-lifetime experience and ought to be savored during a visit to the region! The Gangaur Festival is yet another harvest festival that takes place in the months of March and April that celebrates Goddess Parvati and takes place in full fervor and splendor with dances, music, floats, and pujas! It’s entirely worth traveling to the area for. 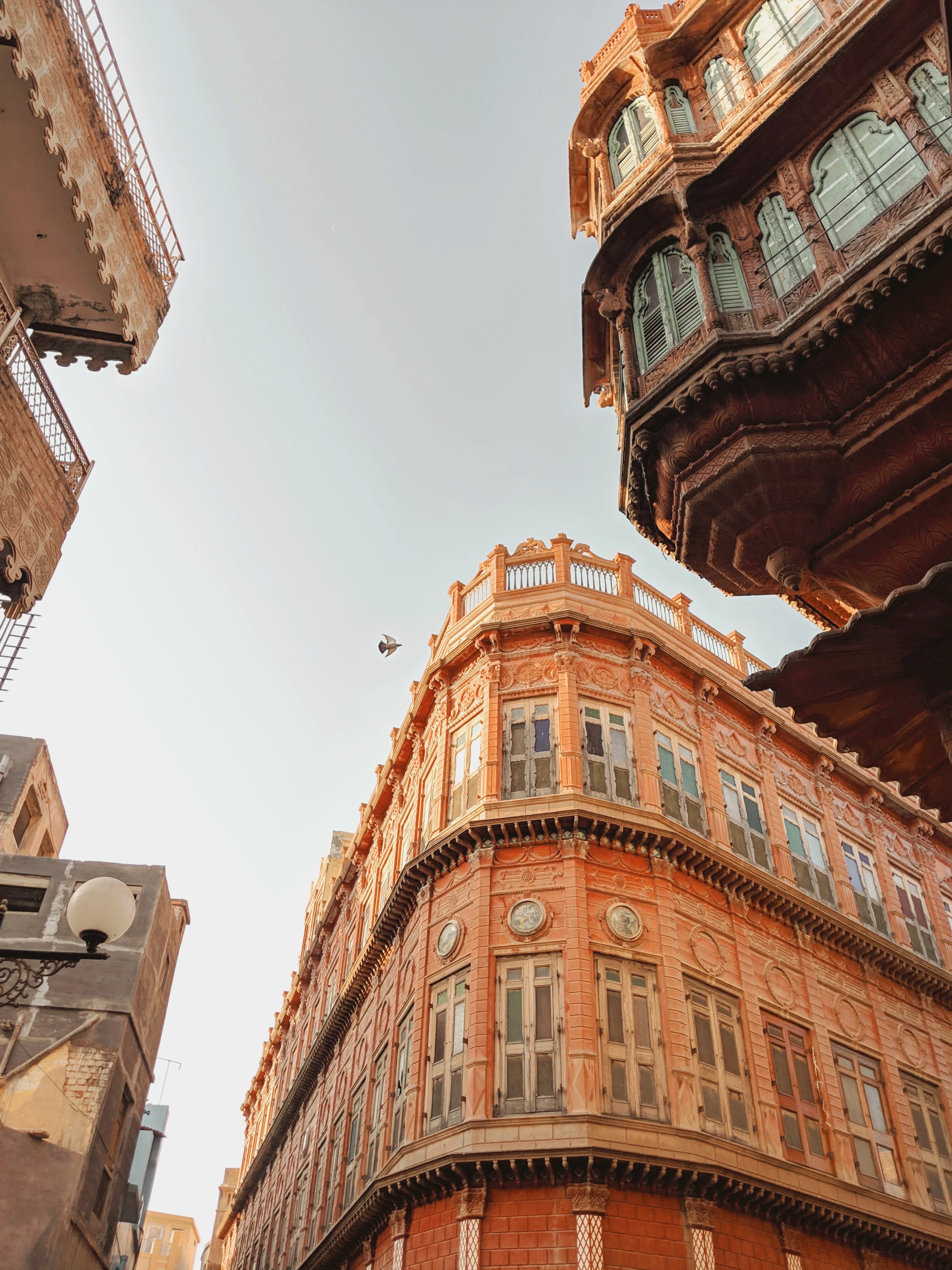 Taxicabs are available quite easily across the city. Upon reaching the railway station or airport, you can simply hire a prepaid cab which will then take you to your desired destination. If you don’t have a car of your own and are visiting Bikaner solely for the purpose of sightseeing, then you could always hire chauffeured car-taxi services provided by travel agencies and tour operators.

Rickshaws and tongas are readily available in Bikaner, which makes the prospect of short travel convenient, cheap, and helps you attain the flavor of the localities as you move across them. These vehicles can also be hired in the lesser-known regions of the city and can be banked upon.

The Rajasthan Transport Department is the body that is responsible for overlooking public transport in the city and across the state. The Central Bus Stand is the biggest bus stand in the city and has local and state buses plying regularly. It’s this bus stand that connects Bikaner to the other major cities in Rajasthan. You could always also hire private bus services by tour operators for a short span of time to visit the tourist spots of the region.

Bikaner has an abundance of forts, parks, and marketplaces that are all very conducive to being explored on foot. In the winter months, it can be quite a delight to take long strolls in the countryside or to buy wares in the markets. However, be wary of the summer months as temperatures soar and walking outdoors becomes nearly impossible owing to the scorching heat.

"Bikaner is nothing but sand dunes."

It’s true that pop culture and postcard pictures have solidified Rajasthan as nothing but India’s Sahara. And even though this is partly true - as 70% of Rajasthan are deserts - saying that Rajasthan is nothing but desert sands is very reductive, not to mention misleading. Bikaner, especially, is a region that is one of India’s biggest architectural hotspots. It has got various fantastic monuments and forts including Junagarh Fort, Lalgarh Palace, Dundlod Fort, etc. While it can be extremely hot in the summers, the region is pleasant and very agreeable to explore in the winters with plenty of majestic festivals, cultural events, and bustling marketplaces.

Boasting a lengthy royal legacy of being built in the early 1900s, the Lalgarh Palace was originally built for the residence of Ganga Singh, the Maharaja of Bikaner. Today, this gorgeous structure has been converted into a luxury heritage hotel to offer the best of Rajasthan’s nobility. Built in the  Indo-Saracenic style, the Lalgarh Palace was designed by the British architect Sir Samuel Swinton Jacob, built using stucco and red sandstone, and has elaborate dining halls, lounges, long hallways, Italian colonnades, latticework, etc. It’s truly an architectural marvel and warrants a visit all by itself!

The Kote Gate is one of Bikaner’s best marketplaces which exemplifies the commercial significance of the little city. Not only can you get the local flavor of trading and commerce in the Kote Gate, but you can also acquire lots of the regional specialties that Bikaner prides over. At this market, you can buy yourself miniature paintings, woodworks, Kundan jewelry, special Rajasthani footwear, etc. It’s a stunning marketplace and is perfect to get you and your family some Bikaneri souvenirs before you leave the city.

The Junagarh or the Chintamani Fort is the central point of the city around which Bikaner has flourished. This spectacular structure is built entirely of red sandstone and marble and is intricately carved into balconies, large windows, kiosks, long courtyards, pillars, etc. Like the other forts in the region, the Junagarh Fort too, has a lengthy royal history. It was built by the founder of the city, Rao Bika in 1472 and currently houses multiple temples of importance to the Jain and Hindu religions. However, even if you’re not particularly religiously inclined, the Junagarh Fort is a sight to behold for everyone who likes a little bit of culture on their trips!

FAQs On Traveling To Bikaner

What Is The Closest Airport To Bikaner?

The closest international airport to the city of Bikaner is the Jodhpur Airport which is located nearly 251 kilometers away. There is also the Domestic Civil Nal Airport located around 15 kilometers from the city. However, this is a civil airport and is not well-connected in terms of commercial flights.

How Many Days Are Enough For Bikaner?

Bikaner is a small city in Rajasthan with a lot to offer. Around 2-3 days ought to be sufficient in exploring the major tourist attractions of Bikaner if it’s a meticulously planned tour with a solid itinerary. Bikaner also offers a variety of experiences, allowing you to tailor your plan according to what you’re inclined to, be it forts, museums, shopping, trying the local cuisine, etc.

What Is The Best Time To Visit Bikaner?

The best time to visit the city is in the winter months of November to February, as this is the time when temperatures are on the cooler side and allows for easy exploration of outdoor activities. This is also when the majority of the festivals in the region take place!

How Far Is The Thar Desert From Bikaner?

The distance between Bikaner and the Thar Desert is around 255 kilometers.

What Is The Speciality Of Bikaner?

Bikaner is especially known for its Bikaneri Bhujia. Apart from the Bhujia, the city is also specialized in handicraft items, and leather articles and has a massive camel farm in the whole of Asia.

What Is The Meaning Of Bikaner?

Bikaner means a city with walls around it.

What Is The Second Name Of Bikaner?

In the earlier times before the 15th century, Bikaner's name was Jangladesh.

Why Is Bikaner Called The Red City?

It is known as the red city because if you see the walls of the city, the sandstones are red in color and you can see a tint of red reflecting in the walls. 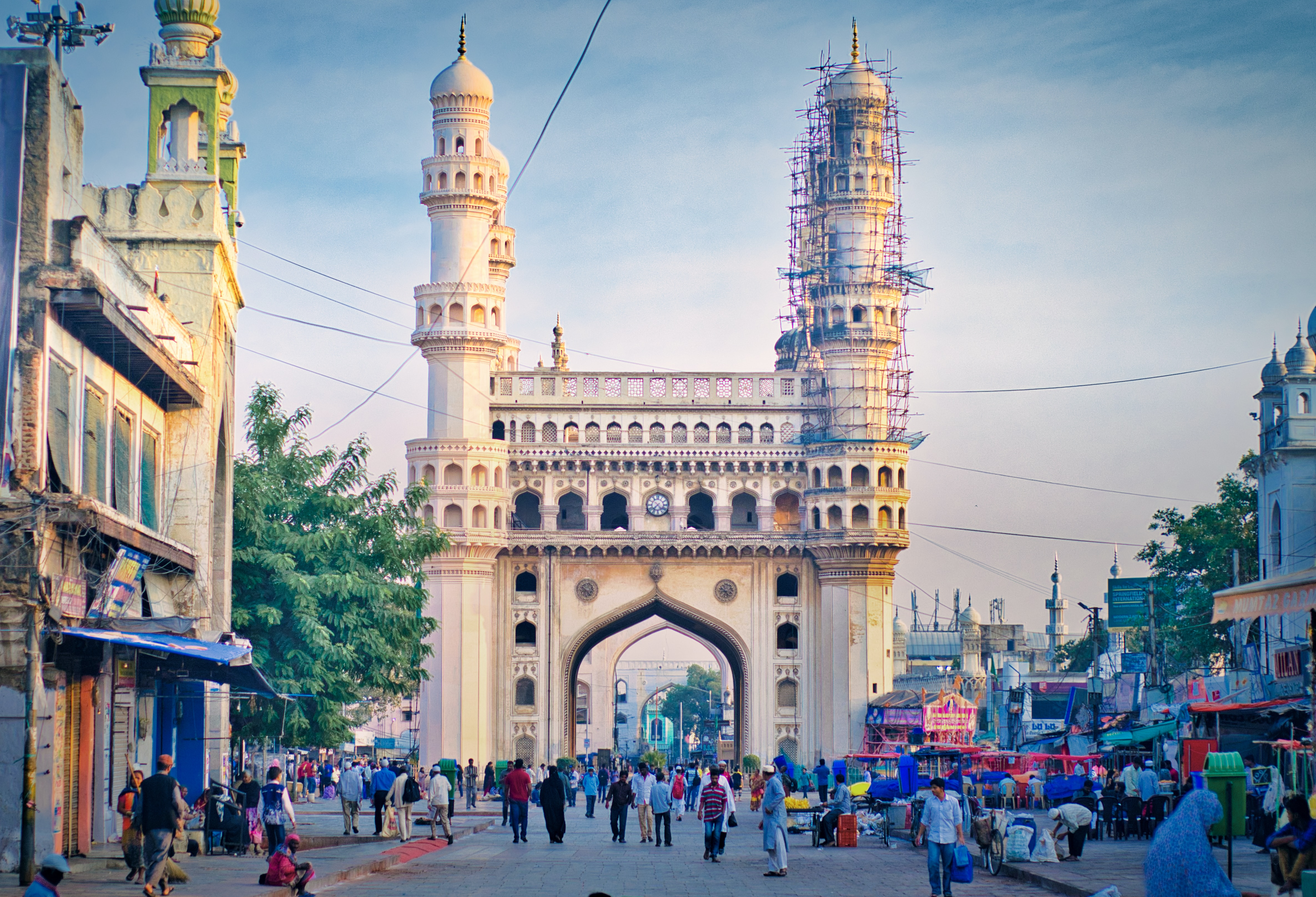 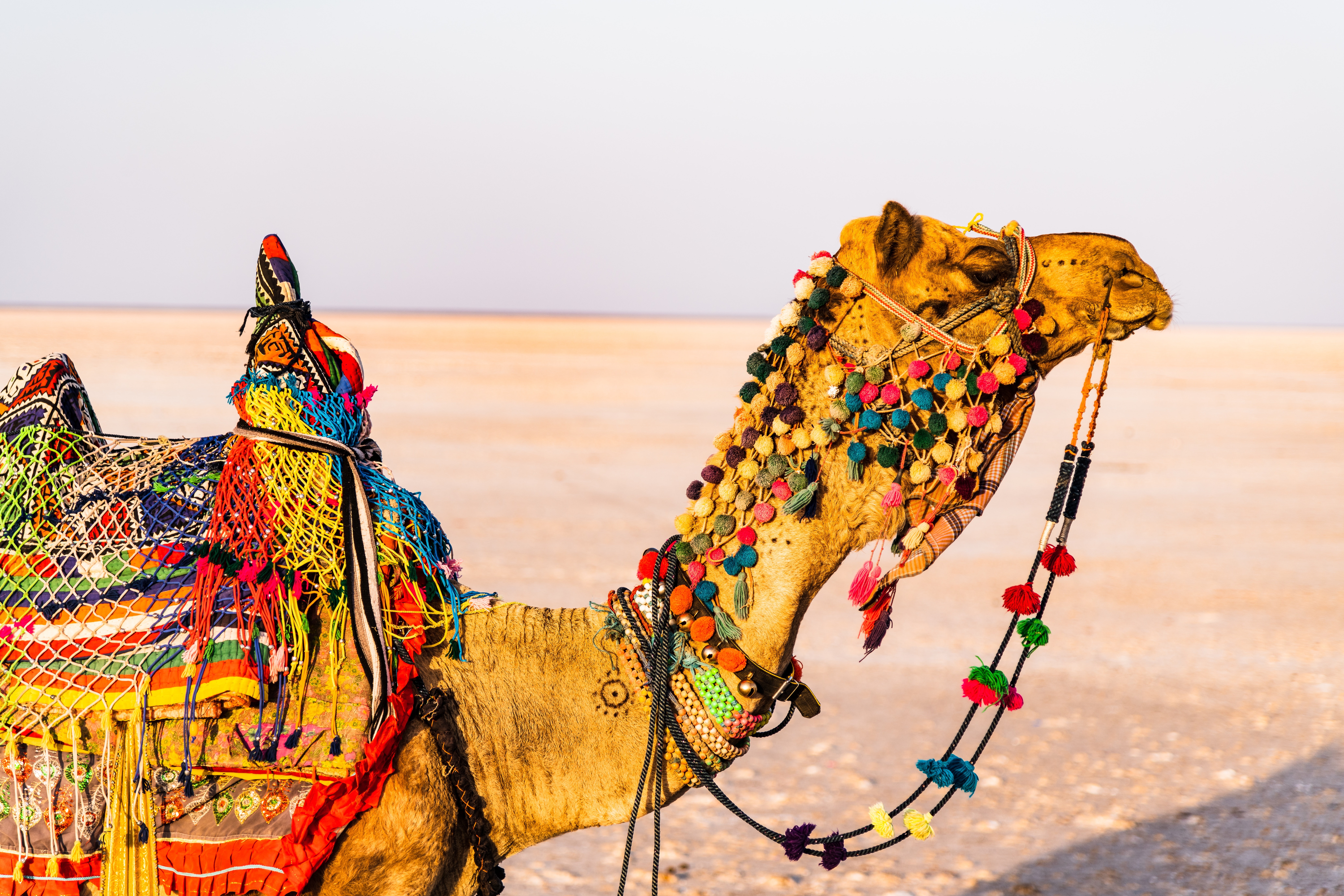 7 Things To Do In Kutch 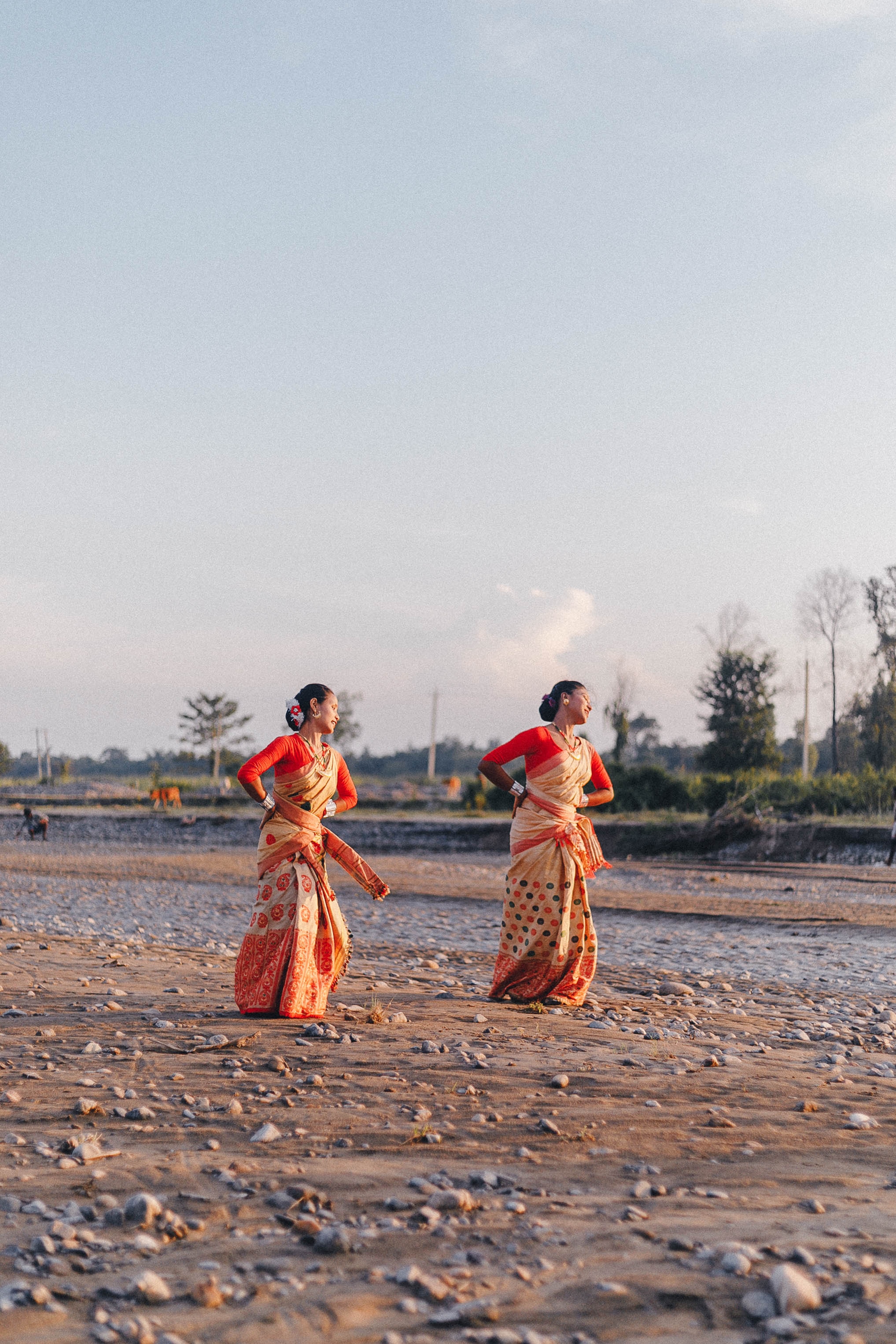 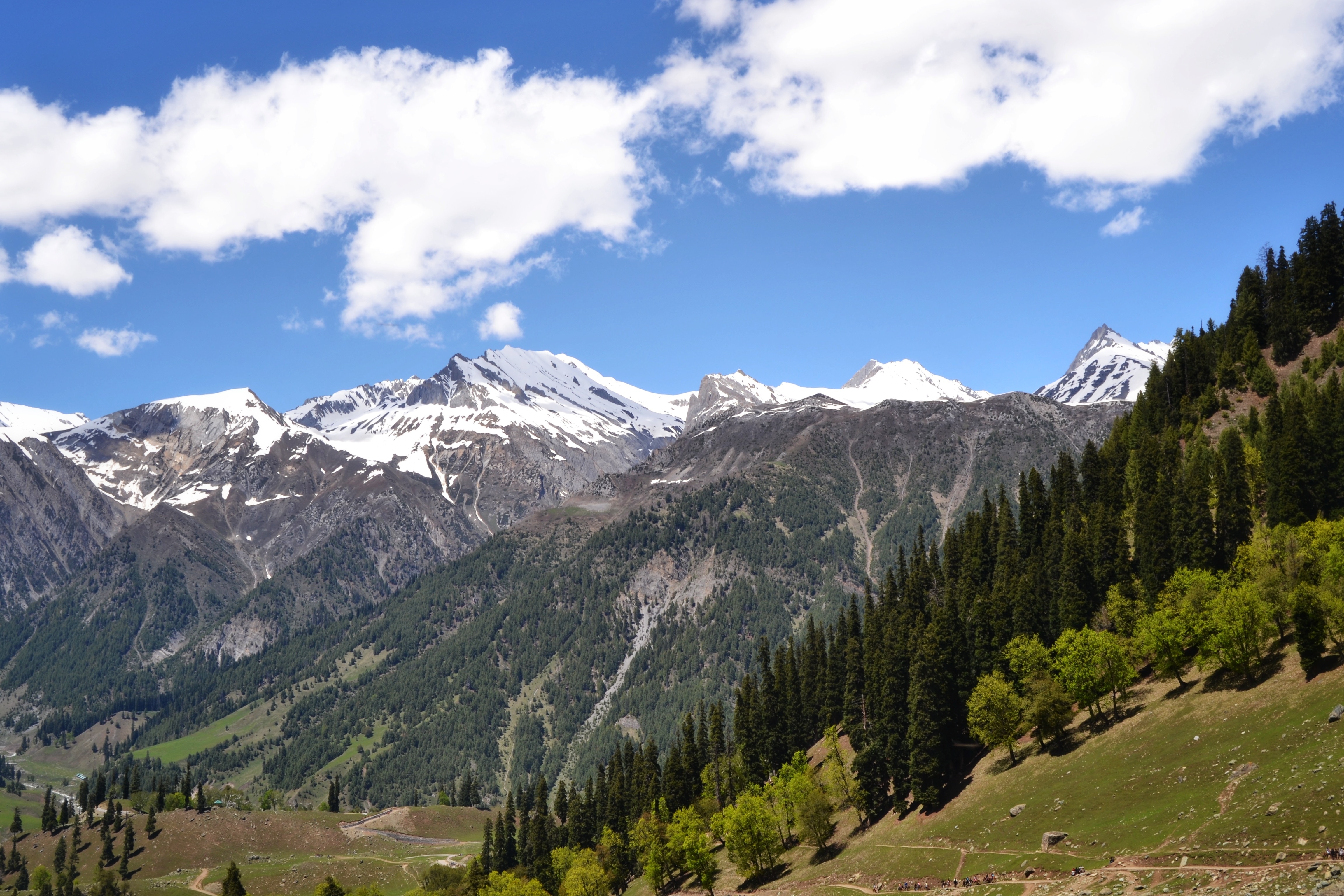 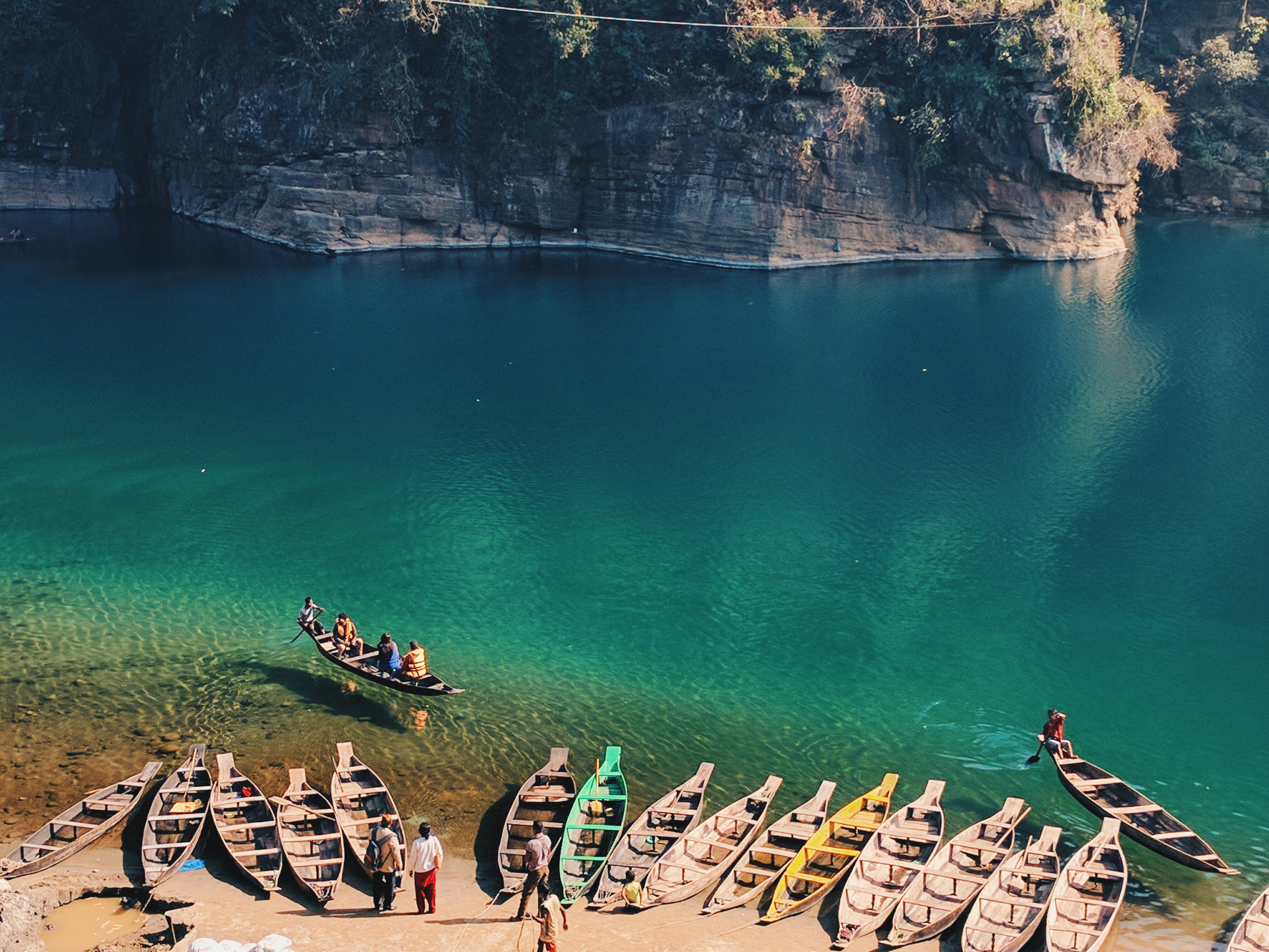