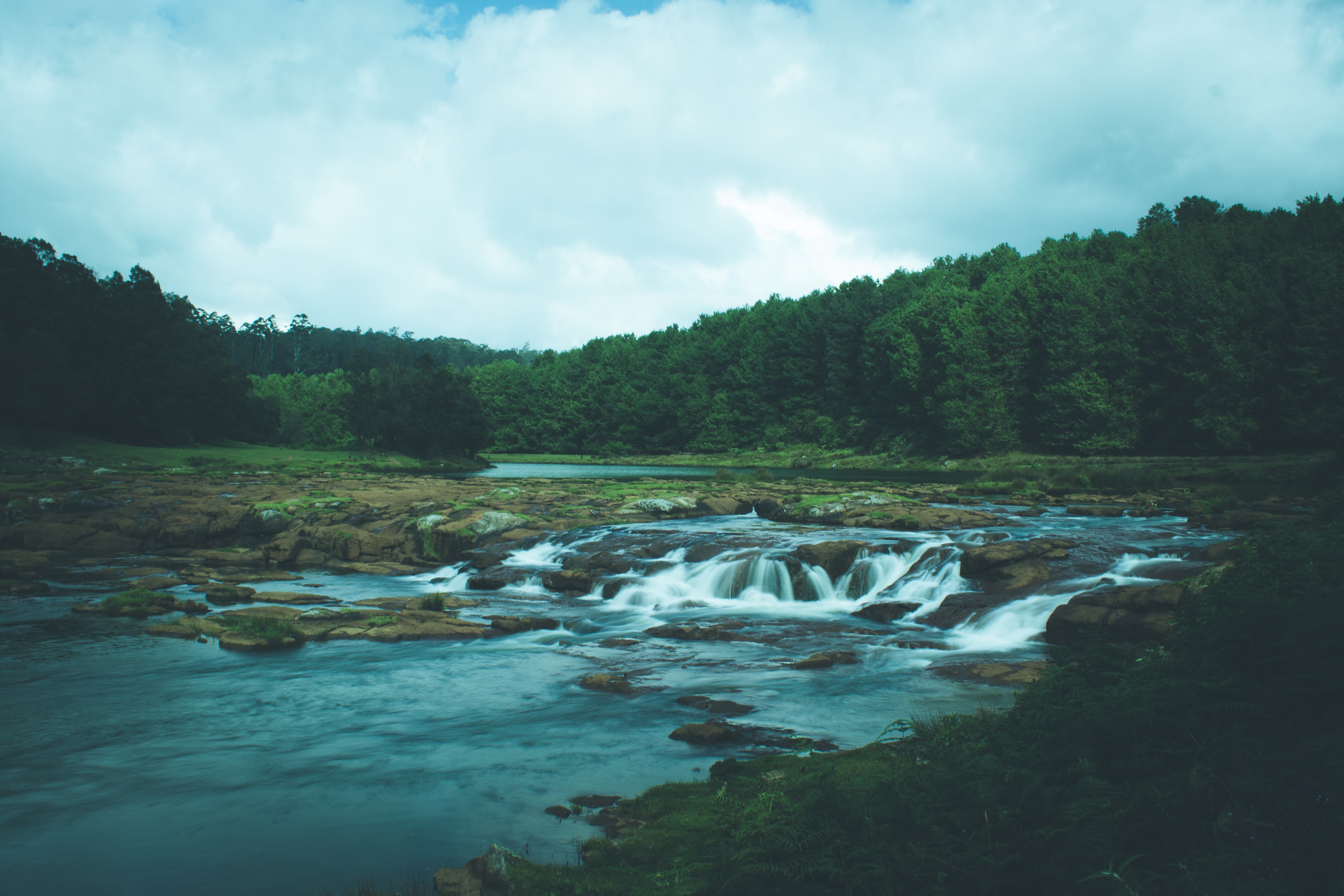 Best National Parks To Visit In India This Summer 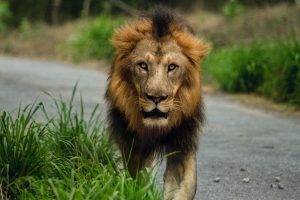 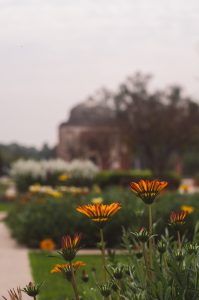 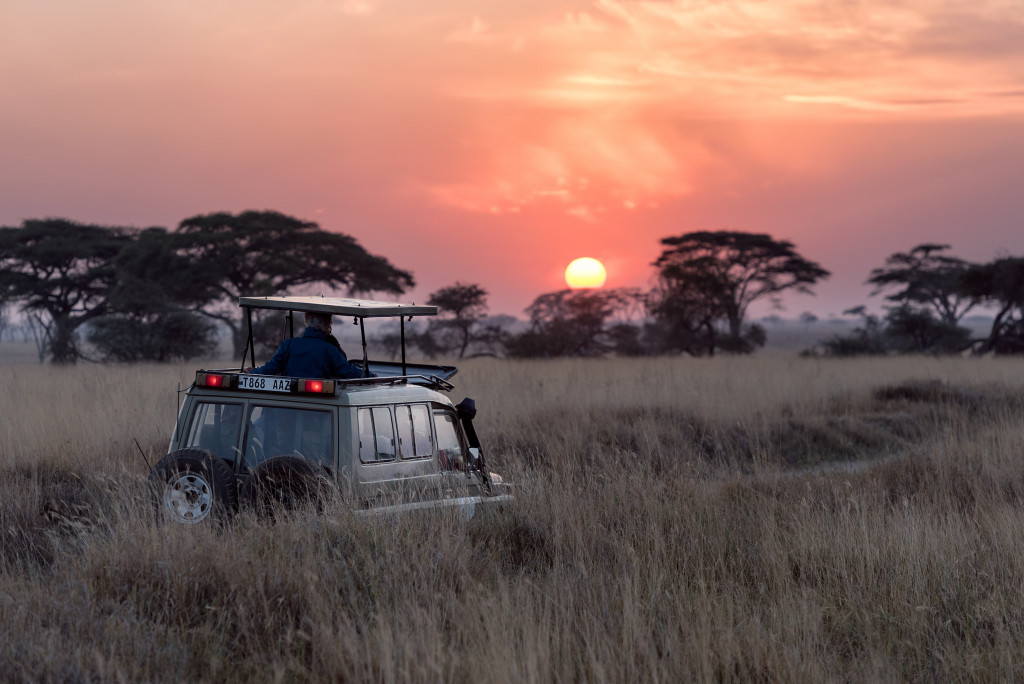 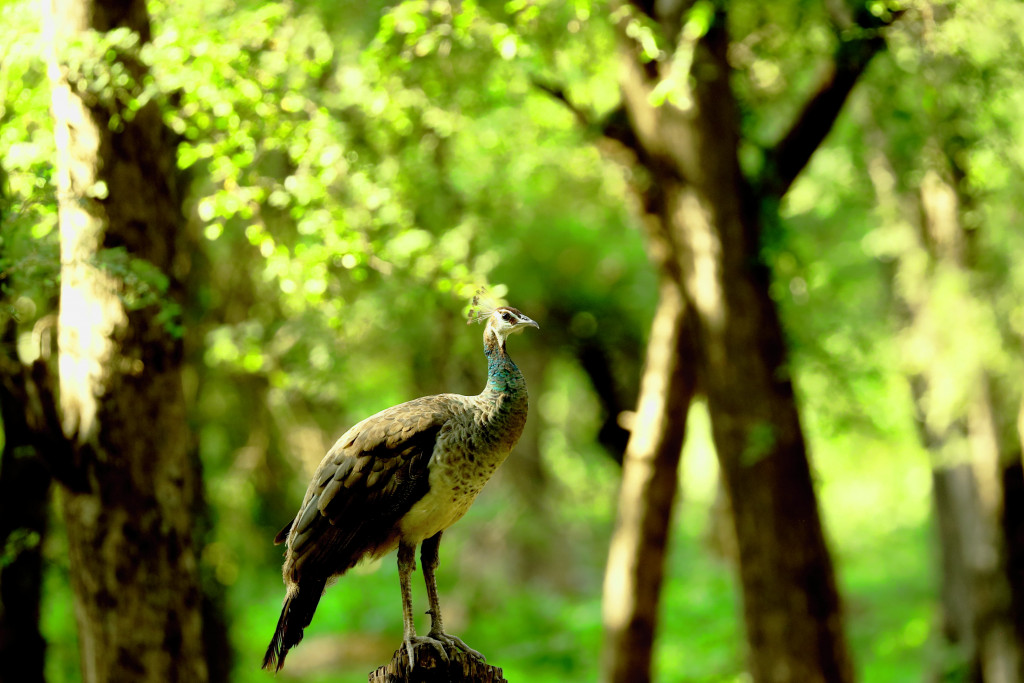 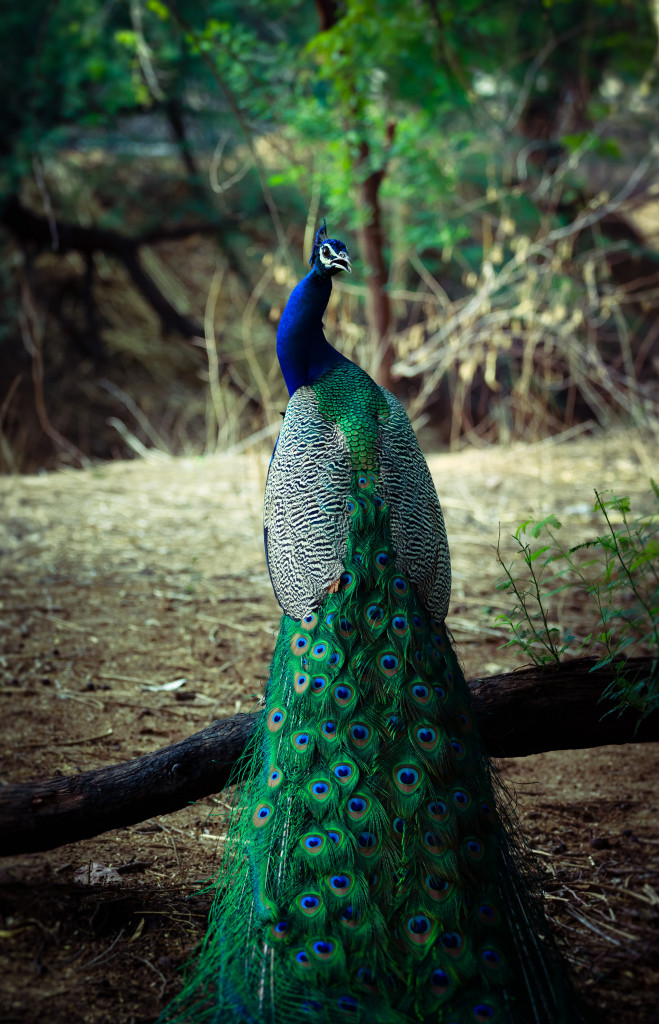 Tired of seeing the same faces every day in those rectangles? (Yes, those zoom calls aren’t as fun as they used to be). It is about time you get in touch with your old pal, nature, and remind yourself why being out in the open, crisp air is better than anything else in the world. What better way to do that than visit a national park (or two)?! If you are going to tolerate the sweltering ordeal of the sun anyway, you might as well make the best of it while at it. So, put on your safari hats and buckle up for the sweet adventures as we take you over the best national parks to visit in India this summer.

As royal as the name sounds, the Ranthambore National Park is a feast for the eyes of anyone and everyone. You might run out of photographic films to capture the breathtaking scenic and wildlife beauty it has to offer. To give you a little history trivia, this park was considered a hunting ground for the Maharajas of Jaipur before it was turned into the beautiful wildlife conservation park you see today.

A chance to see one of the most sought-after animals, the Royal Bengal Tiger, is best experienced right here in this National Park. Even if you don’t get to have your brief moment with the tiger, this park very well compensates for it with its rich population of a variety of species. Blackbucks, Chinkara, Striped hyenas, and jungle cats are some of the many species you can witness here in their natural habitat. Quite literally a bird paradise, the park is host to about 300+ species of birds as well. So, we won’t be surprised if a cute little rare birdie decides to halt at your shoulder for a breather.

You can opt for a 6-seater Gypsy Jeep Safari with your family to explore the Park within close range of the wildlife. If you wish to recreate the experience like one of those wildlife travel episodes on TV, the open-bus canter safari will make sure you don’t have any complaints in that aspect. Do note that Ranthambore National Park has 10 safari zones out of which zone 3 and 4 are much in demand for tiger sightings. Apart from the wildlife, you can visit the other tourist attractions like the Kachida Valley, Trinetra Ganesh Temple, and the Raj Bagh Ruins.

Nearest Airport: Sanganer Airport in Jaipur (about 180 km away)

If you want to start your trip to the wildlife with one of the most famous national parks in the country, Corbett National Park is an easy choice. Located in the “Land of Gods”, it is world-renowned for its tiger reserves, especially the Bengal Tiger! Plus, if you are lucky enough, you may witness a white one too. Now, won’t that be a sight to behold!

Apart from this, the Corbett National Park is also home to a host of species like the otter, hog deer, jackal, rhesus monkey, leopard to name a few. With the overnight stay facility available at this sanctuary, you can plan out your visit accordingly. Do keep in mind that night safari is illegal around this area to ensure safety for you and the wildlife too.

Spread over an area of 520 sq. km., the National Park is divided into different zones for you to experience a myriad of things. Bird-watchers, the Durga Devi Zone located on the north-eastern boundary is something you cannot possibly miss! Rich in fauna and lavish natural beauty, the Dhikala Zone should be on top of your “must-visit” list in this National Park. You can choose between a jeep ride or the traditional elephant-back ride to move around in here.

No matter what age you are, you’d be lying if you say you never wished to see the king of the jungle out in the wild. Home to the mighty Asiatic Lions, Gir National Park will certainly make your wish come true. From a lion population of about 20 in the early 1900s to about 600 as of last year, it has come a long way in maintaining a safe and healthy environment for the species.

Not just the majestic lions, Gir is also a dwelling house for the four-horned Antelope, Sambar, and the wild boar. Among the famous reptile population, the Indian Cobra and the monitor lizard are the ones to look forward to. If you are in search of certain rare feathered creatures, this national park is home to the Black Eagle, Changeable Hawk Eagle, and Lesser Whistling Duck among other rare birds.

The Devaliya Safari Park is a must-visit to experience the raw and natural beauty of this sanctuary. Being a popular tourist attraction, the officials have made sure to provide visitors with readily available commuting options like buses and jeeps. The true essence of a place is in its local community and Gir has Maldharis and Siddis tribal community to take care of that aspect. You can enjoy the various festivals these tribes organize every year and get a glimpse of what you have been missing out on for so long. So, definitely consider planning a trip to Gir as it’s certainly one of the best national parks to visit in India this summer.

We don’t blame you if you are still not over the world-famous Assam tea and silk yet. Beware, there might be another entry in that list. Another jewel in the state’s crown, the Kaziranga National Park is one to watch out for. You cannot mention Kaziranga and not think of a picture containing a sublime one-horned rhinoceros. You simply cannot!

Rich in flora and fauna, like the savanna woodlands, deciduous forests, cotton trees, and elephant apples, it has everything you are looking for. If you are not yet convinced of the significance this park holds, it is declared as a World Heritage Site by UNESCO should change your mind about it. March and April being the best time of the year to visit Kaziranga National Park, your summer plans never looked so exciting.

You can take advantage of the jeep and elephant safari tour the authorities here organize for the visitors. Each zone within the park has something to offer but among all tickets for the western safari zone is the one that sells like hotcakes. The Brahmaputra River being a sweet spot for a multitude of bird species, you can up your wildlife photography game as these flappy creatures quench their thirst. You can take the boat safari on the same river and witness the rare and endangered Gangetic Dolphins out there if you have luck on your side. 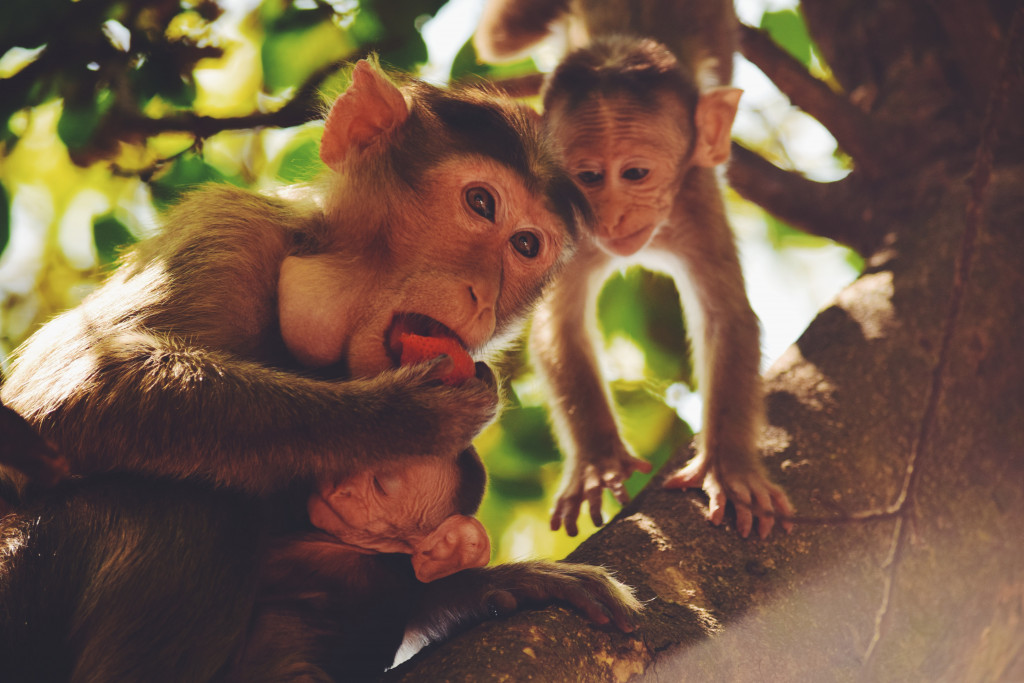 If the wildlife lover in you is strong enough, the intense heat in and around the Kanha National Park in the heart of Madhya Pradesh shouldn’t stop you on your exploration quest. This National Park very proudly boasts of serving as the setting for the world-famous “The Jungle Book” by Rudyard Kipling. The lush foliage and grassy meadows provide a perfect habitat for the wildlife, making it deserve a spot on the list of best national parks to visit in India this summer.

The Barasingha (also swamp deer) saw an astronomical rise in terms of the population all thanks to the efforts of the authorities and their wildlife conservation efforts. The big cat sightings are frequent around here rightfully earning itself a documentary called “Land Of Tigers” by National Geographic. Apart from the rich fauna, you get to see the various tree population of sal, achar, and bamboo among many others.

One of the most exciting adventures you can experience around here is the night safari. A fun-family experience of a night safari in the Khatia buffer zone is an experience of a lifetime you cannot possibly miss out on. To soak in the complete richness of this trip, switch off your flashlights and cameras so as to not ward off the nocturnal animals in particular. Trekkers can rejoice with the various trails this park has to offer.

One of the best wildlife destinations during summers is the astounding Bandipur National Park located in Karnataka. The ever-growing population of Bisons and antelopes still remains one of the favorite and sought-after animals in this reserve. It is also one of the best tiger reserves in the country which is already very rich in being a safe abode for this species. Speaking of flora, the black clutch and Kino trees are among the prominent ones that this park enjoys in abundance.

The best way to experience the vast wilderness of this park is through jeep and mini-bus safaris. The East zone and north-west zone are ones you want to consider, although each zone has something unique to offer. The duration of these safaris tends to be around 90 minutes so you have plenty of time to test your luck at spotting a tiger around here.

Although the elephant rides do not come under the domain of safaris here, you can still enjoy a pleasant 20-minute journey on the back of the long-eared mammal. You can also pay a visit to the towering Gopalaswamy Betta hills which has a temple of the same name dedicated to Lord Krishna. And if you are one with nature, you most certainly will enjoy the treks organized by the authorities in this area.

If planning a trip in the summer is long overdue for you, visiting a national park is the ideal option for you to get rid of the daily hustle-bustle and monotonous work life. There’s something about sitting in nature’s lap, admiring its breathtaking sceneries and the feral fauna that you just cannot miss. So, be it a family picnic or even a solo adventure of sorts, a National Park is bound to fulfill all your expectations and give you tons of memories to reminisce about for years to come.

Which Is The Oldest National Park In India?

Which State Has The Largest Tiger Reserve In India?

Madhya Pradesh leads the pack when it comes to having the greatest number of tigers in the country.

How Many National Parks Are There In India?

According to the National Wildlife Database as of 2021, there are 106 national parks in India.

Which Is The Newest National Park In India?

The Great Himalayan National Park is the newest entry to the list of a century of national parks in the country.

Why Is Kanha National Park Famous?

Laying the foundation idea for Rudyard Kipling’s world-famous “The Jungle Book”, Kanha National Park finds itself in the list of famous national parks in India. Apart from that, it is also home to a rich quantity of tigers, leopards, sloth bears, and the Barasingha!

Which Is The Smallest National Park In India?

The Andaman and Nicobar Islands possess the smallest national park called the South Button National Park. It covers a nominal area of about 5 sq. km. in total.

Which Is The Largest National Park In India?

The Hemis National Park located in the Ladakh region of Jammu and Kashmir is the largest national park in India.

What Should We Do And Not Do In A National Park?

A few things to remember when you are visiting a National Park and they are, to maintain a certain distance from the animals and birds, do not be loud or play loud music, avoid feeding animals, do take a lot of pictures, do talk to the park rangers if any queries, etc. 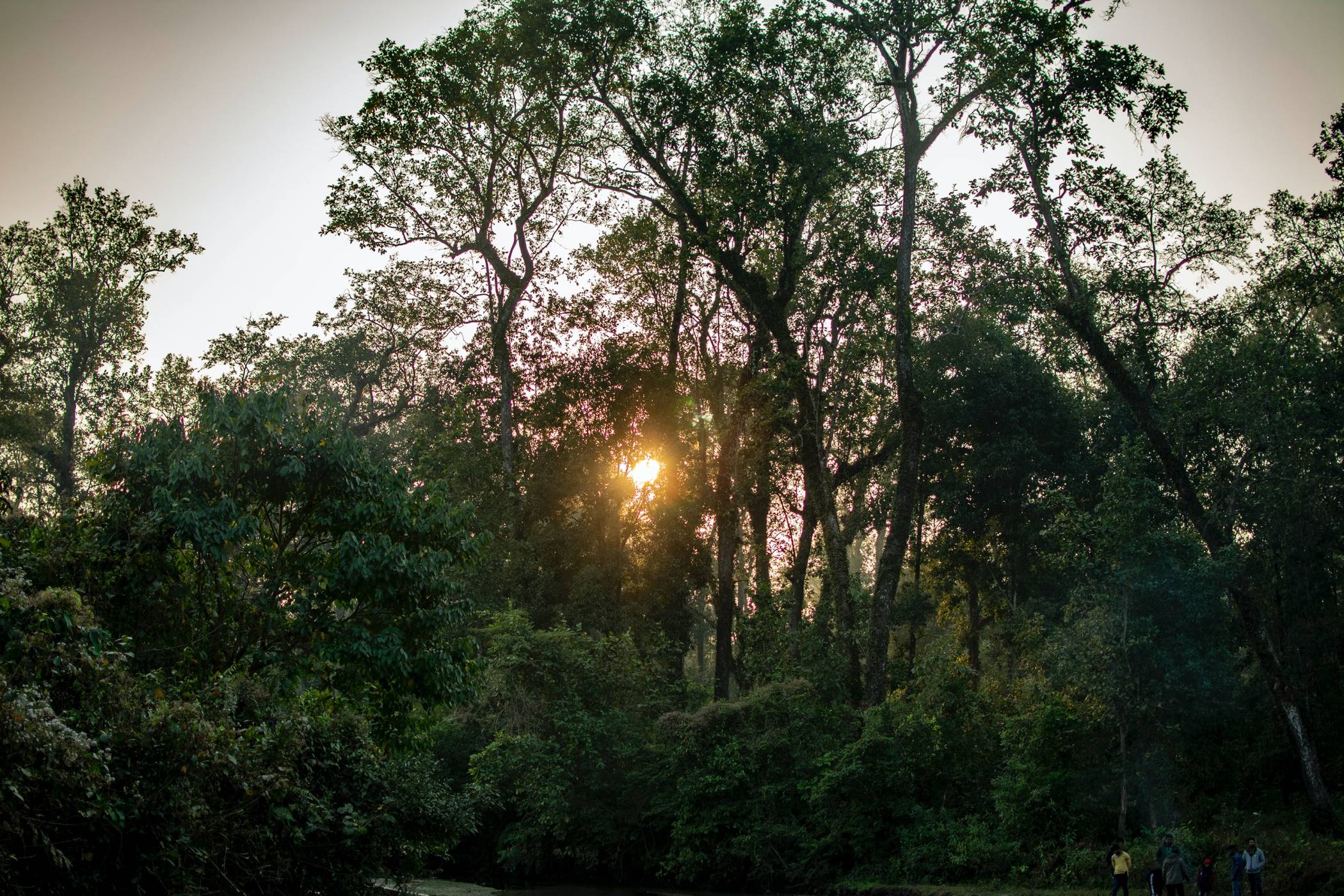 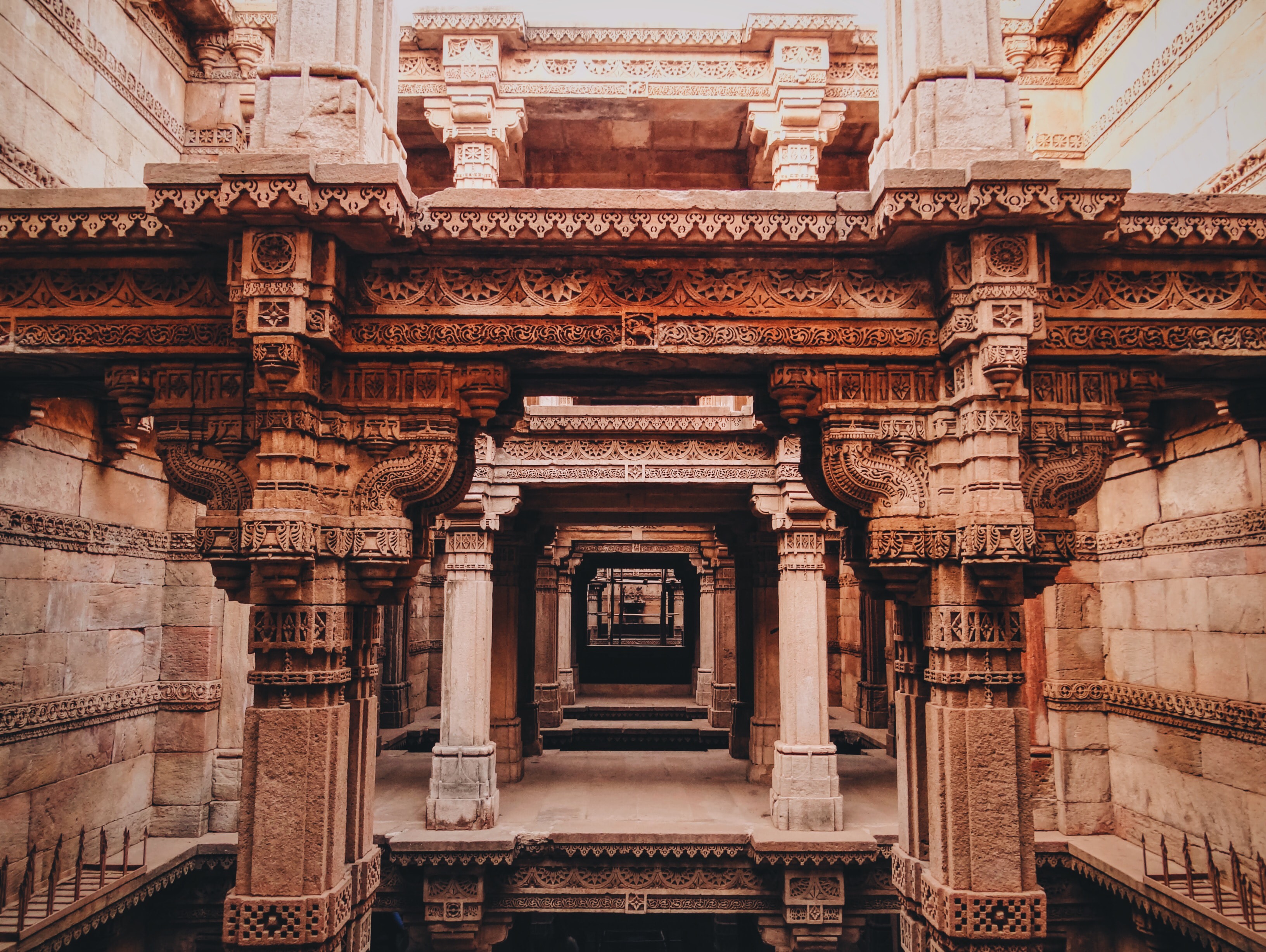 Exploring the Adlaj Well In Gujrat 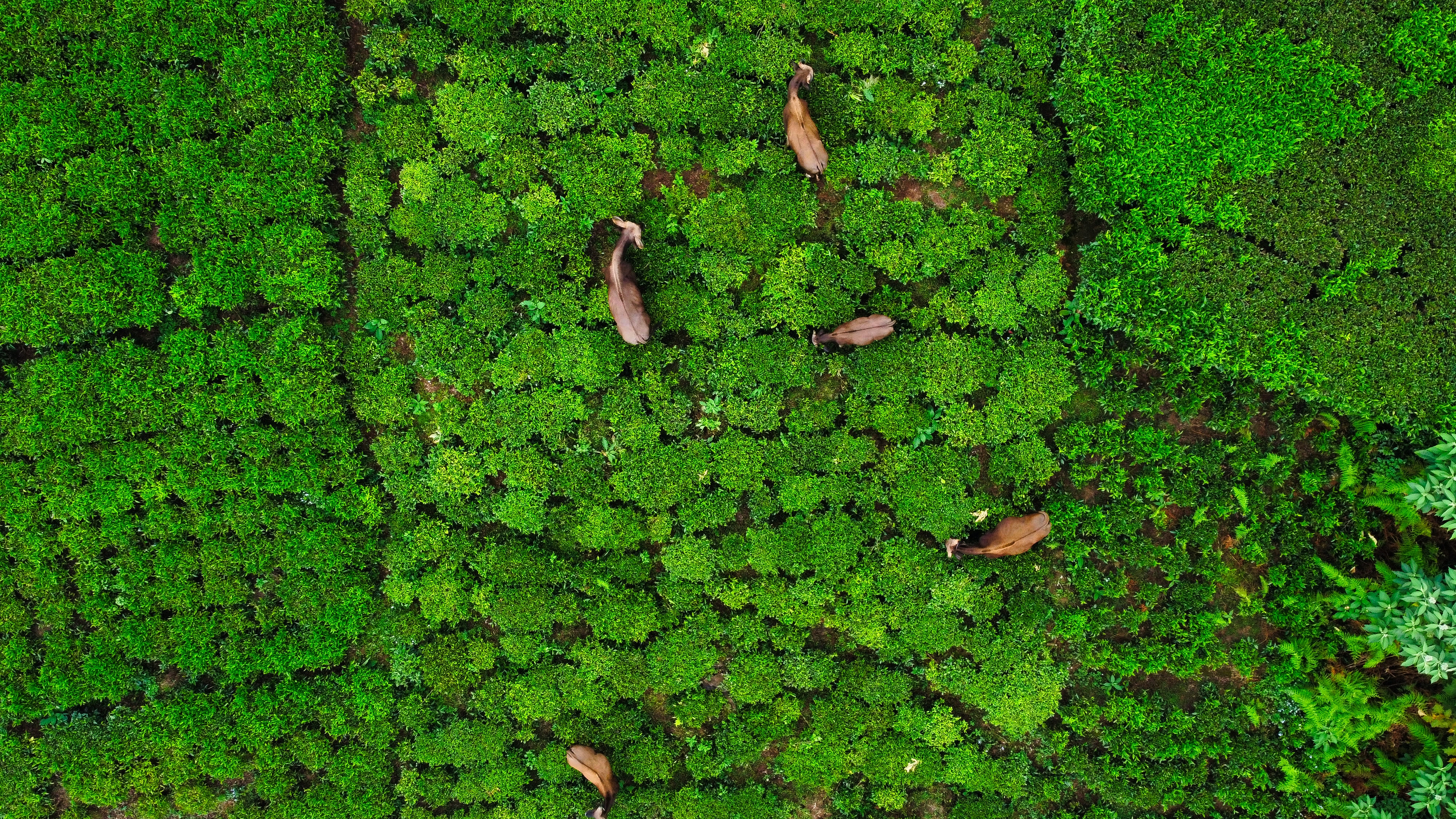 10 Things To Do In Assam 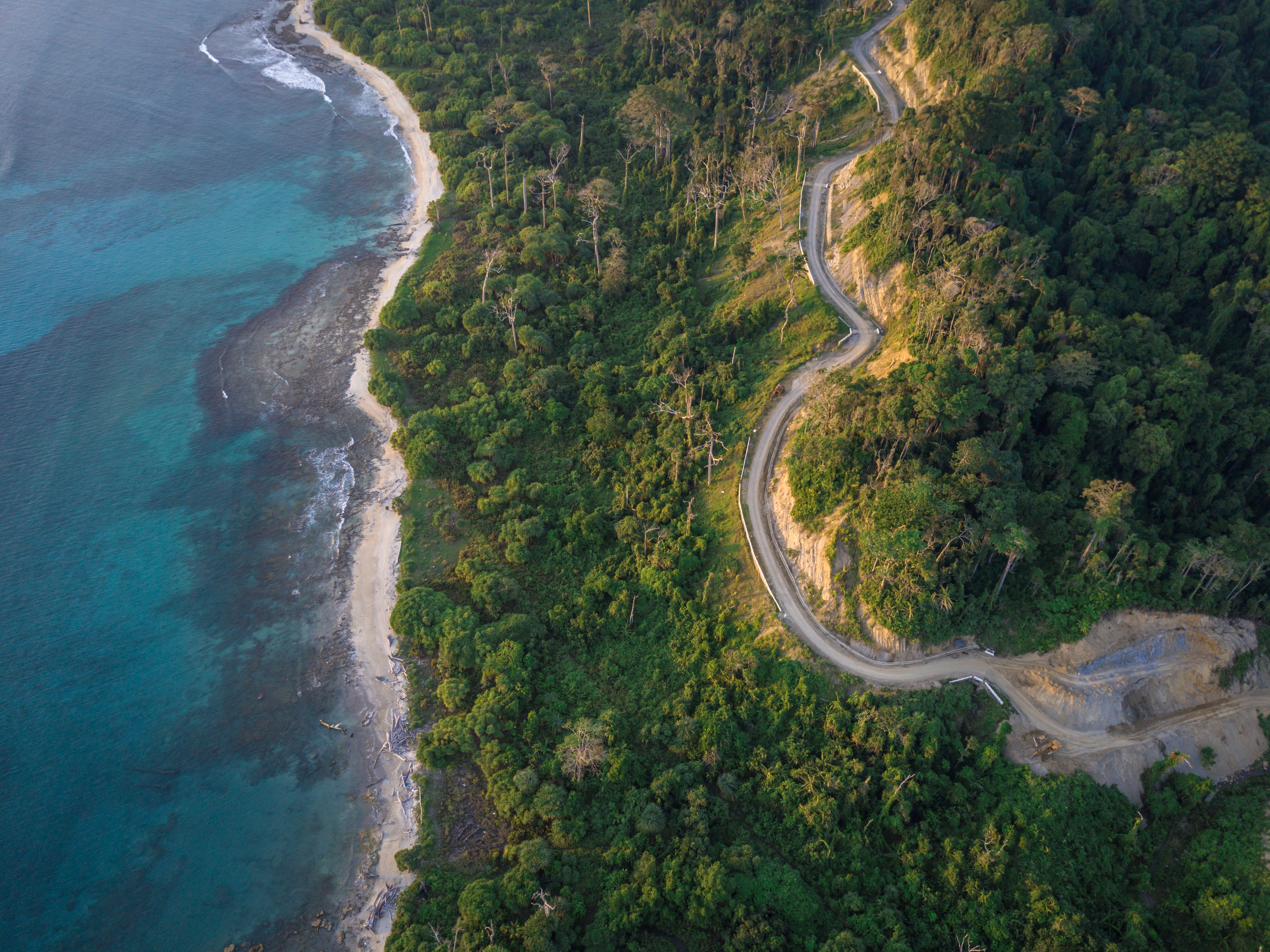 7 Things To Do In Madhya Pradesh 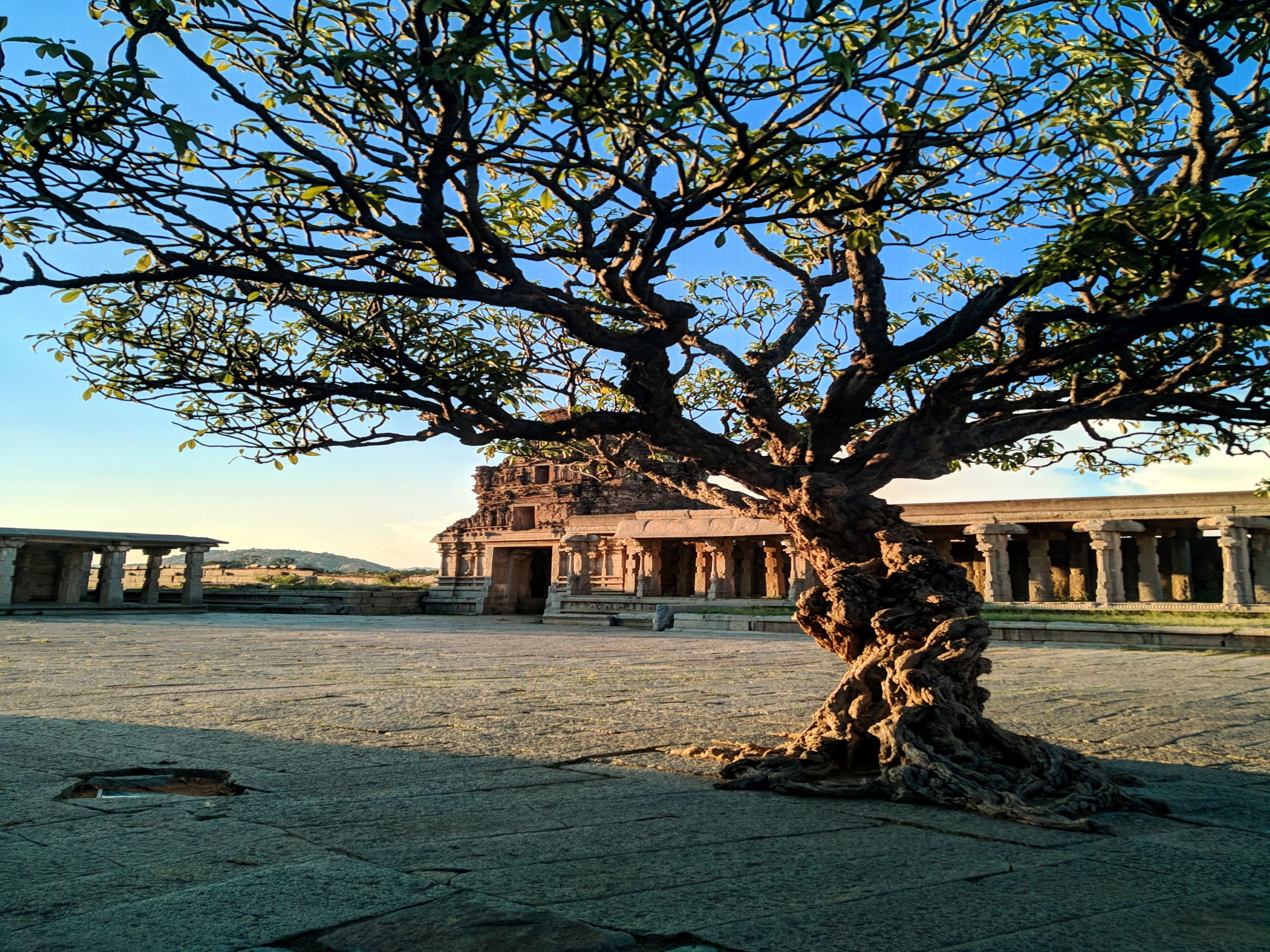 Top 9 Things To Do In Karnataka